After Brock Turner sexually assaulted her in 2015, she’s emerging from anonymity and telling her story in new memoir, ‘Know My Name’—it’s Chanel Miller

In 2015, Stanford University student athlete Brock Turner was indicted for multiple counts of felony sexual assault after two Swedish graduate students found him on top of an unconscious, half-naked woman by a dumpster outside a frat party on Stanford’s campus. Four years after the incident, the sexual assault survivor is ready for you to know her name: it’s not “the unconscious intoxicated woman” or “Emily Doe.” It’s Chanel Miller.

When the final verdict in the criminal case of People of the State of California v. Brock Allen Turner was announced in 2016, it was met with public outcry due to the lenient sentencing given by Santa Clara County Superior Court Judge Aaron Persky. Turner, then 20, was found guilty of three counts of sexual assault—assault with the intent to commit rape of an intoxicated or unconscious person, sexual penetration of an intoxicated person, and sexual penetration of an unconscious person—facing a maximum of 14 years in state prison, but for which only served three months in custody. Persky sentenced Turner to just six months in the Santa Clara County jail, followed by three years of probation, and a life-long mandate to register as a sex offender—and to top it all of, was released halfway through his extremely short sentence for “good behavior as an inmate.”

During the sentence hearing, Miller, then 23, read a powerful, heartbreaking 7,244-word statement directly addressing Turner, which went viral after being published on Buzzfeed. The case, met with the completely justifiable public outrage, grew into an international conversation about rape culture and white male privilege—just a year before the explosion of the #MeToo movement. The statement—penned under her pseudonym, “Emily Doe” for hers and her family’s safety—launched a petition with over 100,000 signatures in a recall campaign against Judge Persky, and prompted the California State Legislature to broaden the definition of rape and a mandated a minimum three-year prison sentence for sexual assault.

My damage was internal, unseen, I carry it with me. You took away my worth, my privacy, my energy, my time, my safety, my intimacy, my confidence, my own voice, until today.

Chanel Miller, now 27, is publicly speaking out about her story. She will be making her first public appearance on CBS’ 60 Minutes, which will air on September 22. The televised interview comes two days before the release of her memoir, Know My Name, in which she’ll be reclaiming her identity to tell her story.

Miller began work on the book in early 2017; in it, she describes her struggles in the aftermath of the trial, shedding light on cultural biases and flaws in the criminal justice system. The New York Times explained that the book “was also, in part, a way for Ms. Miller to piece together the totality of what happened the night she was assaulted.” 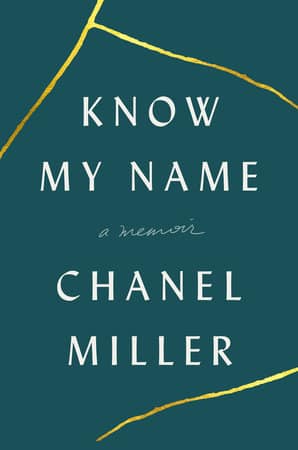 Know My Name will be out on shelves on September 24, and is currently available for pre-order via Penguin Random House.