Whether you’re with a loved one or your group of friends, here are the must-see shows on Valentine’s Day weekend

Valentine’s Day is only two weeks away, so if you’re still trying to figure out where to go on February 14, we have just the suggestions for you! Get ready to be serenaded with romantic music—or spend the night grooving to the hits of ABBA—with these Valentines concerts happening on February 14 and 16.

American singer-songwriter and the original lead singer and composer of Dishwalla is set to perform in Manila on February 14, 2020. He’ll also be heading to Tagbilaran, Cebu, and Cabanutuan on February 15, 16, and 2020. Tickets are available on Ticketworld. After conquering the West End as Eliza Schuyler in the hit musical Hamilton, Rachelle Ann Go is returning to Manila with special guests in tow! It’s sure to be a beautiful night for musical theatre enthusiasts as she brings the Broadway and West End experience home. Tickets are available on Ticketworld.

The Tent at Solaire This tribute to the iconic Swedish pop group will be performing ABBA’s timeless hits, including “Mamma Mia,” “Super Trouper,” “Fernando,” “Dancing Queen,” and more in this sensational two-hour show. Tickets are available on Ticketworld. 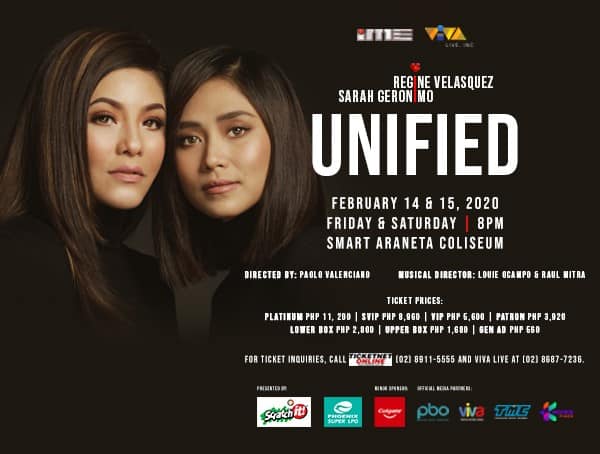 In what is perhaps one of the biggest and most-anticipated concerts this year, Asia’s Songbird Regine Velasquez and Popstar Princess Sarah Geronimo are performing together for the first time ever on February 14 and 15 at the Smart Araneta Coliseum—a much-awaited treat for the two songstresses’ fans, many of which intersect in the middle of a lovely, belty Venn diagram! Tickets are available on Ticketnet. Hajji Alejandro, along with the Philippine Madrigal Singers and Dessa are set to enchant lovers on Valentine’s Day in Novotel Manila. The show promises to become a “world-class, once-in-a-lifetime Valentine musical spectacle that will encompass such genres as soul, disco, jazz, and R&B.” Tickets are available on Ticketnet. 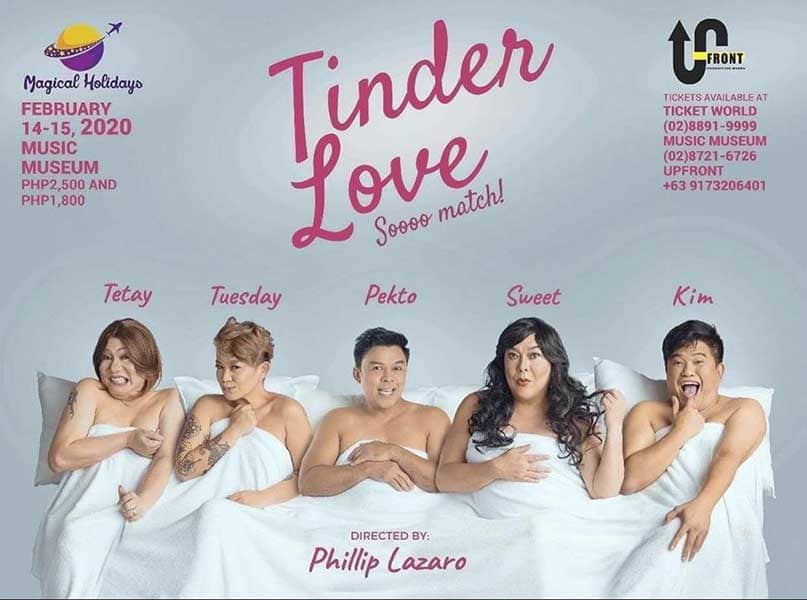 Featuring Divine Tetay, Tuesday Vargas, Pekto, John Lapuz, and Kim Idol, this romp at the Music Museum guarantees a fun and hilarious time for everyone in the audience. Tickets are available on Ticketworld and through the Music Museum at 8-721-6726. 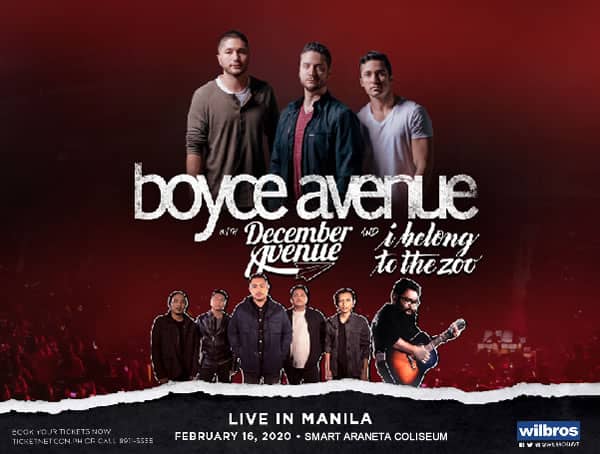 Boyce Avenue is returning to Manila for a Valentine’s concert on February 16, where they will be joined by local bands December Avenue and I Belong To The Zoo. Tickets are available on Ticketnet. 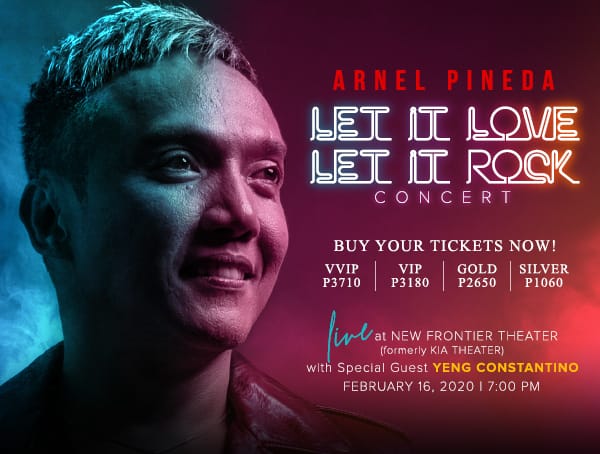 Rockstar and international sensation Arnel Pineda will be performing alongside Yeng Constantino in a post-Valentine concert on February 16. “Let this concert be one of my ways to thank my Filipino fans for always being there for me, cheering me on as I fulfill my passion of performing while showing the world the immense talent of the Filipinos,” he said. Tickets are available on Ticketnet.

Photos from Ticketworld, Ticketnet, and The Fifth At Rockwell