13 Shows To Stream On Crime Fiction

No matter from where in the world, crime fiction series on various streaming services are in demand, and proving that crime does pay

For those fascinated with crime and tales of murder, streaming services are a virtual gold mine, with so many options available. And what’s been interesting to note is how the quality content has been coming from different points of the globe. Here are 13 of the choicest ‘cuts’—full-blooded, and of prime quality. 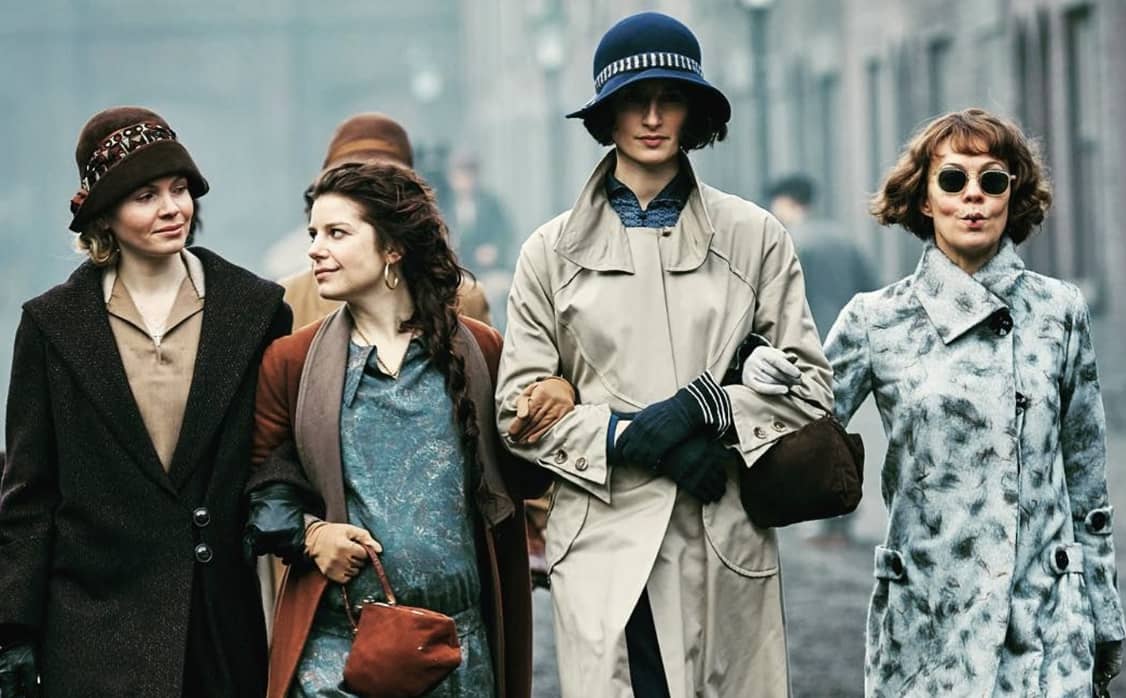 the world of crime

the world of crime 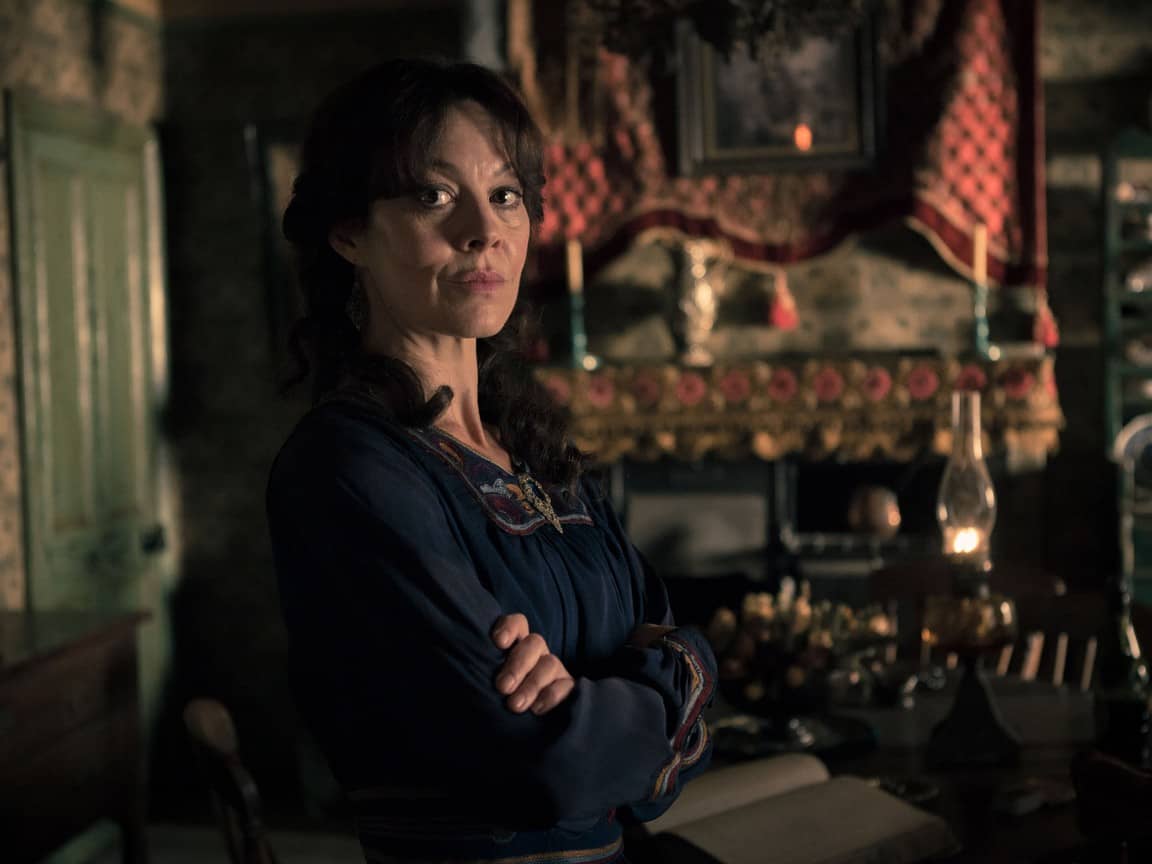 1919 Birmingham is the setting for a story about the birth of a notorious crime gang. Thomas Shelby (Cillian Murphy) heads the gang named Peaky Blinders; and as the series progresses, it’s wonderful how real life figures such as Sir Winston Churchill, and Sir Oswald Mosley become part of the storyline’s fabric. This series dropped just as the ongoing fascination with that era of the Roaring '20s began rising in popularity. Sure it’s about gangster and crime, but the whole class background, the intense drama, all coalesce to give this series its unique punch. It’s a tumultuous moment in British history, vividly recreated. 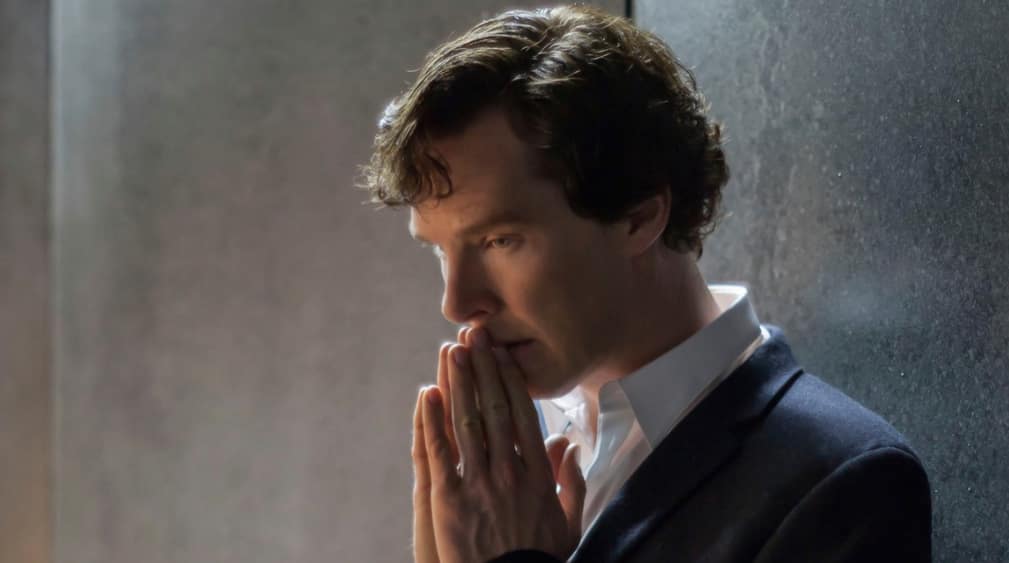 This is the father of them all, Sherlock Holmes, given an imaginative contemporary update; while retaining so many of the qualities that made the Conan Doyle books such immediate bestsellers for more than a century. Casting Benedict Cumberbatch as Sherlock, and Martin Freeman as Watson, were strokes of genius; as Cumberbatch gives his Sherlock the right amount of eccentricity without alienating us, and Freeman is our Everyman, gifted with his own poignant back story. And don’t we love it that Andrew Scott is our Professor Moriarty? With stunning cinematography; it’s hands down, the best crime series of the last decade.

When They See Us (Netflix, USA)

Chronicling what happened in 1989 when a jogger in Central Park was assaulted and raped, this shows how five young African-American boys were falsely charged and prosecuted, and served time. Directed, created and co-written by Ava DuVernay; Attica Locke (a novelist I greatly admire) is also listed as one of the co-writers. Intelligently dissecting the turn of events, the series follows the 1989 incidents, picks up the story in 2003 when the five filed a wrongful conviction suit, and closes in 2014 when they were awarded a settlement. The series earned a heap of nominations and won the Critics Choice Television for Best Limited Series.

Executive-produced by the likes of Joe Penhall, David Fincher and Charlize Theron; there are two seasons, and it’s based on the true-crime book 'Mindhunter: Inside the FBI’s Elite Serial Crime Unit.' The series stars Jonathan Groff, Cotter Smith, and Anna Torv (who’s Australian, and starred in 'Secret City'). The team is composed of FBI agents and psychologists who interview incarcerated serial killers to better understand the way they think, with the hope of applying this knowledge in the capture of ongoing cases. Season one is set between 1977 and 1980, the early days of criminal psychology and criminal profiling. 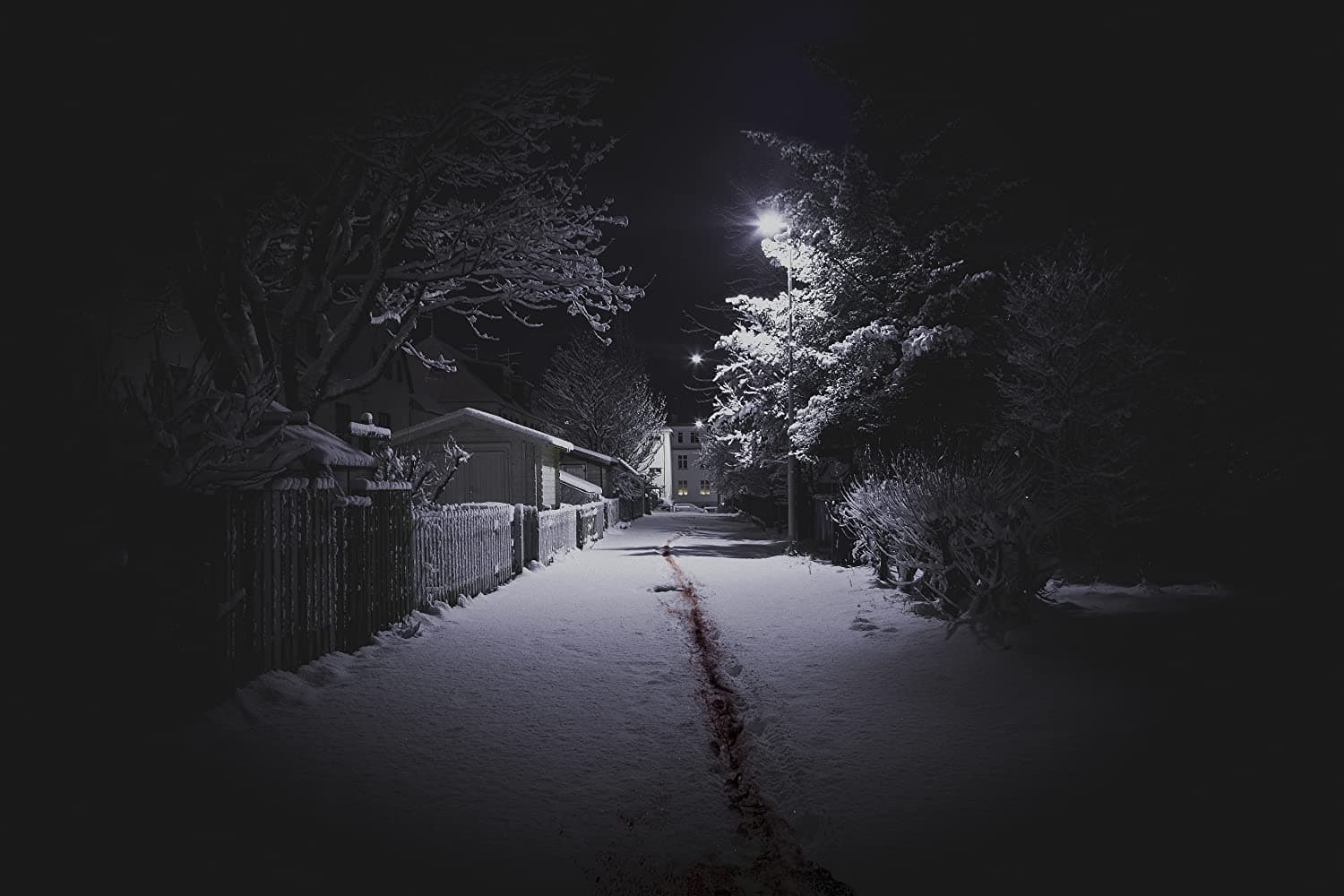 A police procedural that’s set in Iceland, this series consists of 8 episodes that know how to play it’s twists and turns with gritty, Nordic noir perfection. The Valhalla in the title refers to a state-run school for boys where decades ago some irregular things happened. Now a serial killer seems to be on the loose, and the school is the common link across victims. What I loved here was the casting, the middle-aged female police detective leading the investigation truly looks the part, weathered and battle-scarred. She’s bitter over being passed up for promotion, and rises above that to pursue the case and institutionalized cover-ups. 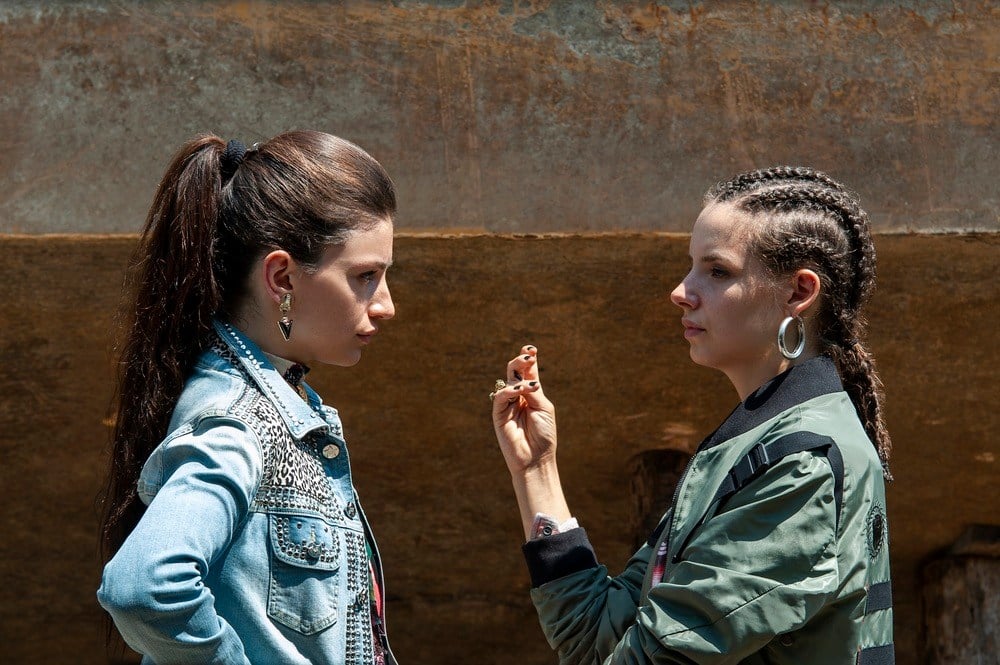 From sunny Rome, here’s an engrossing family saga, that mixes local crime lords in the suburbs, with a syndicate of gypsies, and how a real estate deal puts these shady elements in close contact with the local government, the law enforcement forces, and even the Vatican with their barrage of Cardinals, bankers, and lawyers. In effect, we’re shown how the web of corruption and coercion ensnares a multitude of ‘players’. One central role is that of the Samurai, the local kingpin. And there are three young outsiders who push forward the multi-strand narrative: the son of a crime lord, a gypsy ‘prince’, and the son of a policeman.

Giovanni Ribisi is Marius, a seasoned con man, released from prison; and tries to leave his old life behind by assuming the identity of his cell mate, Pete. Character actors Margo Martindale and Bryan Cranston (who is one of the show’s creators and producers) are on board, and provide strong acting chops to this series. There are three seasons, and the second season opens with a bang as Marius is captured by mercenaries who believe he’s Pete. A lot of the running irony stems from the fact that avoiding all the people ‘outside’ that Marius would have had to deal with, pales in comparison beside the mess of Pete’s life.

This investigative drama will appeal to fans of Tom Clancy’s Jack Ryan, and stars Lee Seung-gi. The premise follows a stunt man who wants to investigate what really happened to the mysterious plane crash that killed his nephew along with 211 other civilians. This won several awards in Korea for being such a polished, action-packed series. To be frank, some of the CGI leaves much to be desired, but the stunts and chase sequences are top notch; and you can see this series was given full financial and production support, with scenes shot in Morocco and Portugal. It’s a fine example of how Korean series are ready for the world.

Loosely based on the 2010 Australian film, this one finds the story transplanted to the USA and expanded into a series. There are four seasons, with a fifth on its’ way. The initial premise has us following a 17-year old, who after the death of his addict mother, moves in with his estranged relatives—a criminal family clan led by the tough matriarch Smurf. Ellen Barkin takes the role of Smurf, that was played by Jacki Weaver in the original film. What the series provides is a colorful cast of characters—among them, Smurf’s sons who are tasked to bring their nephew ‘up to criminal speed’. It’s a family saga that’s steeped in crime.

Very loosely inspired by the Patrick Süskind novel, 'Perfume,' and the 2006 film; this series sees the story updated to today. The story commences with the corpse of a female pop singer whose scent glands (including her pubic and armpit hair) have all been excised. We follow the investigative team as they encounter five former boarding school friends who knew the victim back then, and experimented with human scents. Things get complicated when a young boy, and then a prostitute, are found murdered and disfigured in the exact same manner. It’s a police procedural racing against time, and suspense-laden.

Here we have a legal drama series that packs a mean punch. Billy Bob Thornton is Billy McBride, a disgraced lawyer who takes on a wrongful death lawsuit in the hopes of extracting revenge on the law firm he helped found. With a Golden Globe Award for Best Performance by an Actor in a Television Series tucked under his belt for this series, Thornton makes McBride one of the more compelling redemption-seeking figures on TV. When we first meet him, he’s an ambulance-chasing, perpetually drunk, lawyer; while Cooperman McBride, is a callous lawyering behemoth with $2.1 billion global revenues.

Starring Bae Doona and Cho Seung-Woo; this smart, legal/crime thriller pairs a female defective investigating a series of murders and cases of high-scale corruption, with a legal prosecutor. There’s a 2nd season coming later in the year, following the favorable reception of critics and the audience. People especially loved the back stories of how the female detective was passionate and warm- hearted, while the prosecutor was given a cold, emotionless personality, devoid of social skills and ultra-sensitive to particular sound frequencies. At the Baeksang Art Awards, this series won the Grand Prize for Television.

Dark and atmospheric, and still highly suspenseful, Borderliner is Nordic noir that’s more than just a crime story, as it seeks to understand why people of honor will betray their own moral code. When the internal crimes unit asks our honorable cop, Nikolai, to take a break in his hometown before the big trial where he’s the major witness, events are set in motion. Back home, his younger brother is a cop, and tagging along for what looks like a routine murder, there soon develops a cover-up for younger brother, possible involvement of their enigmatic father, and the whole local community acting suspiciously. 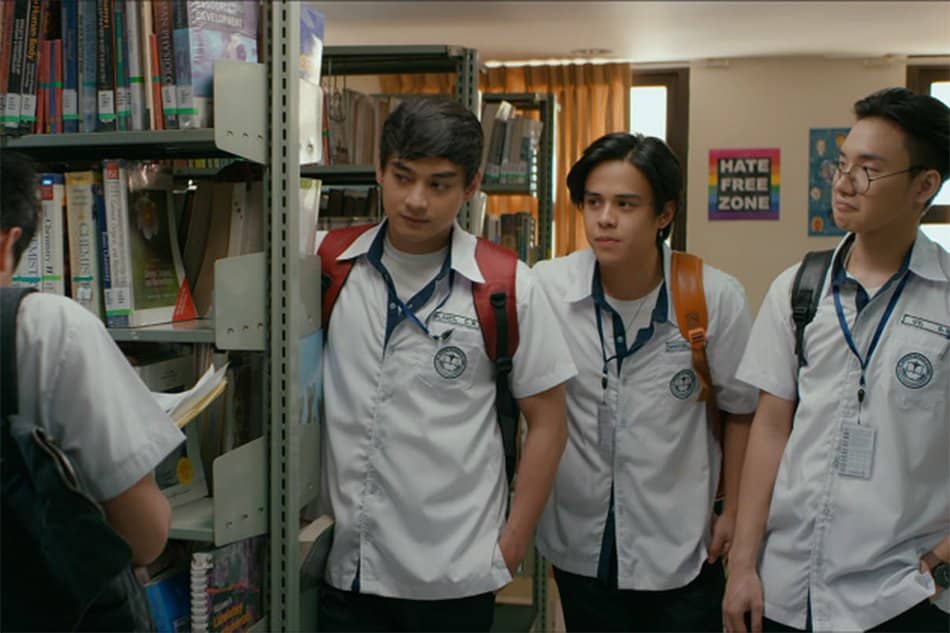 Here is a Netflix Original Film, and not technically a series, but as it comes from the Philippines, it has to be mentioned. Directed by Mikhail Red (Birdshot), it’s a gripping story that blends a crime perpetuated by high school kids on one of their own, into potent social commentary on the youth culture, the socio-economic divide, and institutional corruption. It’s teen angst gone off the rails, and venturing into criminal activity. And Red teases great performances from the young cast. 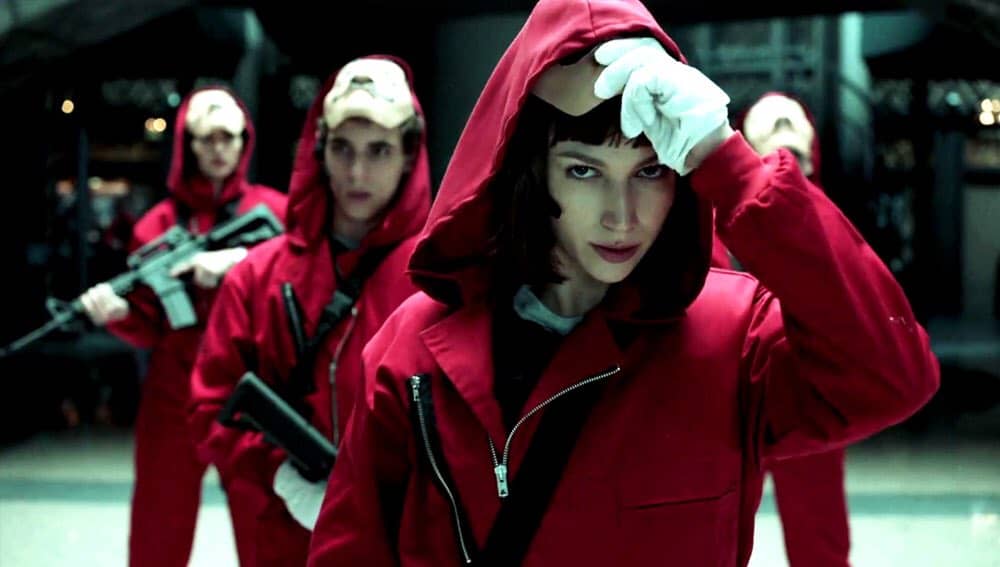 This one gets a mention, as it’s already one of the more popular series on Netflix and doesn’t need a recommendation. It’s an audacious crime series that masterfully plays off a heist concept with action and surrealism. Like 'Reservoir Dogs,' the criminals are code-named—but here using cities instead of colors. And there’s a Professor working as the mastermind. Working to its favor is how the attention to the back stories of the criminals, creates strong empathy for each of the gang members.