Metro K-Drama Round Up: Metro Editors React To The Premiere Of ‘Was It Love’

Join us in another post premiere week round up for yet another binge-worthy K-drama with our Metro editors!

While it has been an intense week for It’s Okay To Not Be Okay watchers, let’s take a break from its mysterious plot and check out this new K-drama romantic comedy titled, Was It Love.

On last week’s Metro round up, we talked about two K-dramas that got us hooked these past few days; foreseeing the real mother of Ko Moon-Young in IOTNBO, and the premiere week of Was It Love. As we dive deep into this latest rom-com starring Song Ji-Hyo, let’s talk about the details that made us watch this series in the first place!

Was It Love is a story about Noh Ae Jung (played by Song Ji Hyo), a single mother who’s been doing her best to raise her beautiful daughter on her own, by working on multiple blue collar jobs. Being pregnant at the age of 23-years-old, she had to drop out of college to become a full-time mom. Despite all the challenges she conquered for the past 14 years, she decided to get back on pursuing her dreams as a producer in a film production company.

She worked her way into becoming a producer, then the opportunity came when she was offered a contract by the CEO of their company. As she eagerly signed the contract for the position she’s been working hard for, it turned out to be a trick plotted by their CEO to make her sign a surety form. 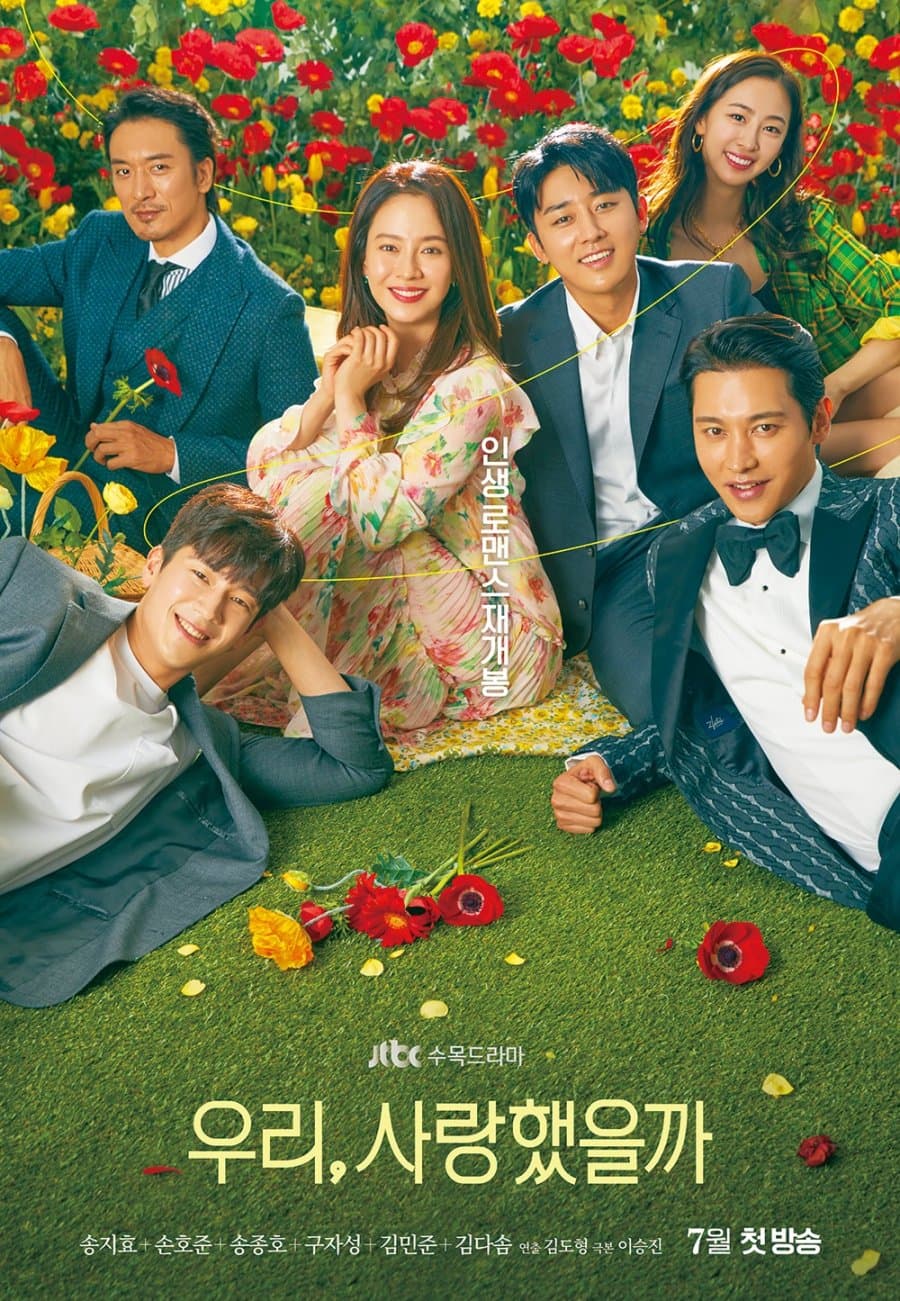 As the plot begins from there, she finds herself being pursued by four attractive men; a famous book author named Oh Dae-O (played by Son Ho-Jun), heartthrob actor Ryu Jin (played by Song Jong-Ho), a P.E. teacher from her daughter’s school named, Oh Yeon-Woo (played by Koo Ja-Sung), and Koo Pa-Do (played by Kim Min-Jun), the CEO of the the money lending company where her boss borrowed money from.

While there are a lot of layers to unfold for each character, let's talk about the premiere week that got us all rooting for this single mom and her daughter!

For this roundup, we had:

What do you think about the premiere?

Justin: I enjoyed and I also want her to be with the actor.

Kate: You already have your pick?

Geolette: So you want her to be with Ryu Jin?

Anna: The homeroom teacher kasi has parang the most tender possibility there. But the experience doesn’t match each other.

Leah: And she’ll have a wicked mother-in-law if she ends up with the P.E. teacher. His mom is like really one of those nightmare mothers, you know.

Leah: But her daughter also likes the actor, because he saved the day when they didn’t have a speaker for school lecture day. He came to her rescue. She just said, ‘come to my school,’ and he did. I kinda’ like the gangster, because for me, he’s the loneliest. 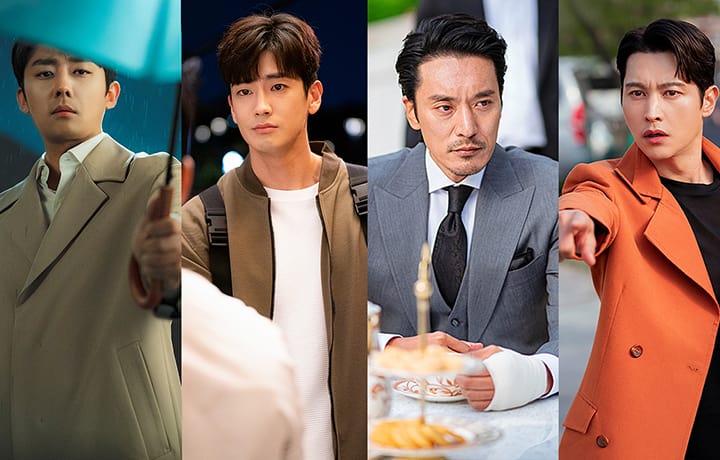 ‘It’s Okay To Not Be Okay’ Wraps Up Filming

Anna: Well in terms of their grit, the two of them match—the gangster and her. Like their grit and their I think the hunger?

Justin: The lengths they’ll go to do something.

Leah: And he did protect her. Because that producer scumbag boss of her, was gonna be killed by another set of gangsters—but he saved him. So he’s also rooting for her in his own twisted way.

Why do you love this show?

Leah: I think it represent every single love you have. The best friend who becomes your boyfriend, your college crush, a mystery guy, and then a younger boy. It’s everything!

Anna: Haba ng hair! It’s like all these guys running after you.

Leah: And it’s the angle of going up against life odds, and winning. She’s a single mom, that company went belly up, she’s stuck with a debt that she didn’t sign up for, and then she starts to win against all those odds. I love it. 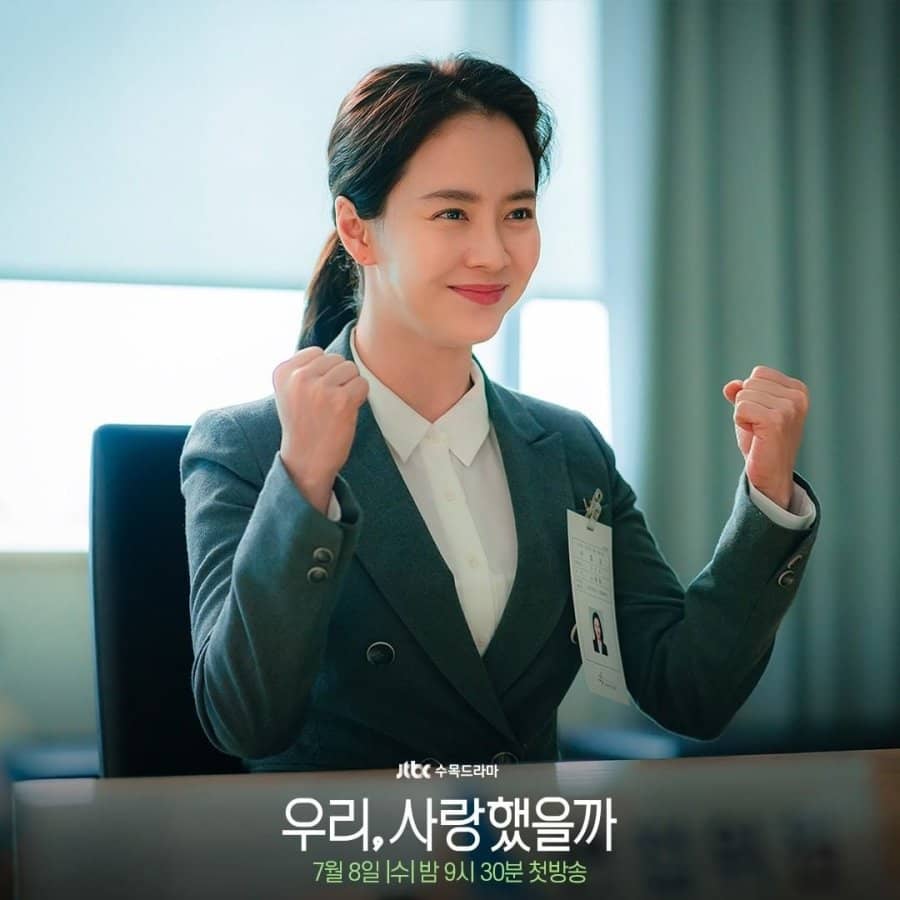 No Ae-Jung | Photo from mydramalist

Justin: I love that she’s such a strong female character and she’s really a go-getter. She has these really wacky faces, and she’s so spunky; she’s so full of verve and passion for what she’s been fighting for—which is to work in film. I can relate to that in the sense that we work in publishing, we work in media, and there’s a lot of it that you do out of love. I mean, we felt the same way about ‘Dinner Mate,’ right? Because like, ‘Oh! They’re in a production company.’ We feel similarly to that. And then here, it’s kind of the same feeling I have from her, except maybe she’s like kind of in that position where she’s an underdog. And I kind of just really want to see her succeed. Like with everything that’s thrown her way, I just want to see her succeed.

Geolette: She never compromises her values even if her back is on the wall already. And you know how many billion won are they asking for her, and it’s not really her responsibility. But she takes responsibility because she’s the employee left, right? So imagine, she’s taking that on herself, and she didn’t reveal it to anyone, actually. She could have told everyone, and probably more people would have helped her.

Watch the full episode of our Metro K-Drama Round Up on Was It Love Premiere, here!

Indulge In A Nourishing Bath Ritual With These Tips