The hit Netflix spinoff’s latest season is a full-on declaration that self-care and choosing yourself first is (more than) okay—plus, it turns the classic makeover trope on its head!

Welcome to What Keeps Me Calm, a series of movies, television shows, albums, books, and other works of media that are comforting us during these incredibly stressful times. On particularly sad and disheartening days, there’s nothing better and more consoling than to turn to our favorite things to read, watch, and listen, as these offer a respite from the hardships we face collectively and individually.

Here is a (maybe) unpopular opinion: I’ve always liked the makeover segment of romantic comedies. You know, the one where the lead character heads to the mall brought over by his or her fairy godperson to change up the current look he or she has on. Growing up, it was always a sure indication that things were looking up for our underdog.

With the recent feminist movements, we have seen more inclusive, less misogynistic ways of a character’s 180-degree change, a study more in-depth than throwing off a pair of glasses, removing braces or getting acne removed. Beauty was now defined as acceptance of all shapes and sizes, of whatever we were wearing, the color of our skin and whatnot. My acceptance of such a definition as well certainly soured my liking of the makeover segment, especially since most of the films I loved to watch saw women (and even men) as only beautiful if they were reed-thin, acne-free and hairless.

When Netflix’s Queer Eye debuted in 2018, it was only known as the spinoff to the early 2000s original Queer Eye for the Straight Guy, which was about five queer men who vowed to transform straight men’s lives at the time through five key areas of transformation—fashion, design, culture, food and grooming.

But in this version, five newer versions of the iconic group were filled in—Tan France (Fashion), Bobby Berk (Design), Karamo Brown (Culture), Antoni Porowski (Food and Wine), and Jonathan Van Ness (Grooming).  Instead of just changing straight men’s lives, they transformed people from all walks of life—whatever the gender, the sexuality, or race. 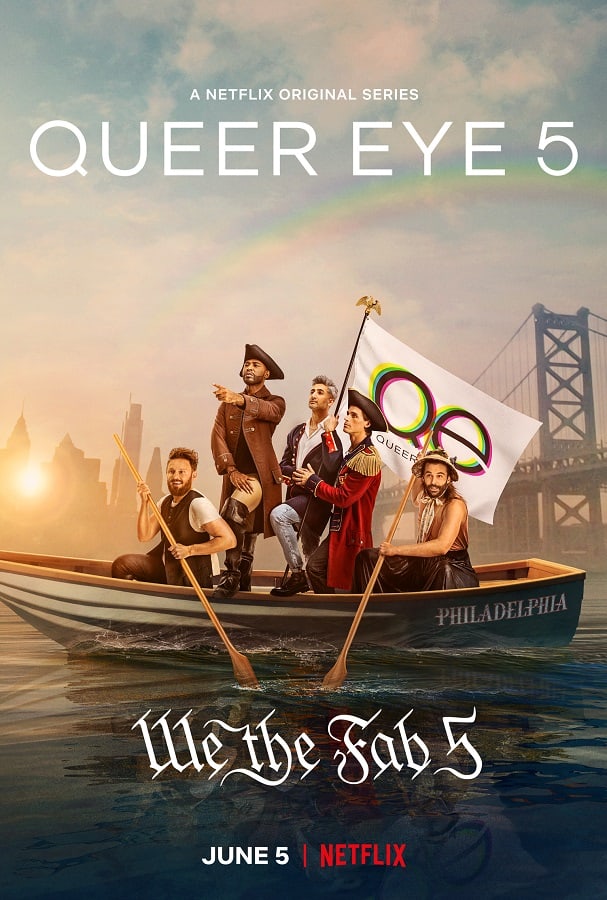 The show, naturally, was a hit. More than the endearing and charming personalities of the five, they each go into their missions with so much heart, a lot of tears and inclusivity, open arms and all.

But how is Queer Eye’s thesis relevant in this current situation? With all the goings-on in the world, it’s difficult to think that “all things just keep getting better.” For some, they just aren’t. The weight on our shoulders are some of the heaviest thus far as we trudge onto a future that is so uncertain and fluid, that events change as quickly as you snap your fingers. It is the metaphorical weight too, wherein we carry the burden of frustration and grief of decisions we make and are made for us, a haplessness in our mindset.

When Queer Eye’s fifth season debuted in early June, I was thinking twice about binge-watching the show again because their consistently peppy energy was not really ideal during this period. Adding to that would be the toxic positivity practice, where we are constantly bombarded with escapist, tone-deaf messaging of ‘everything’s fine!’ all while parts of the world shut down. But nevertheless, I continued on and throughout my binge-watch journey, I was reminded of why I loved it and why its messaging was so relatable most especially today. 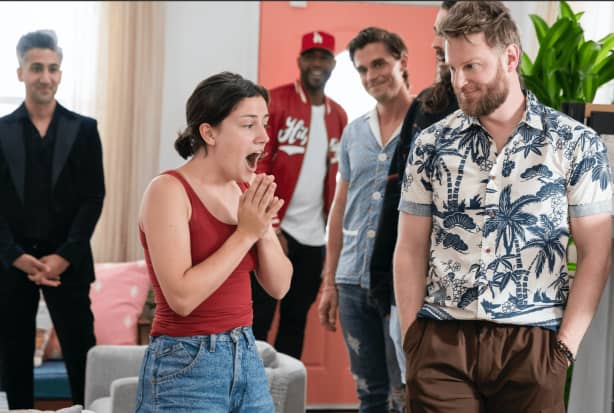 Queer Eye has taken the makeover segment and turned it around 180-degrees and put together a program that puts beauty on such a diverse pedestal. They present ‘beauty with a purpose,’ wherein all their creative decisions have a ‘why,’ instead of just flat-out saying ‘this looks good on you!’ Their thesis is, “Beauty is inside you, we just have to bring it out for all the world to see.” I especially like that there is a reason for all the little details, especially when Bobby explains that certain colors bring out a certain energy and mood that fits the room he painted, like in Episode 3, where he says, “I painted this dining room wall blue to represent intimacy, and the living room a bright hue, to bring the light in.” Queer Eye gives importance to all the segments that were thought of as ‘shallow,’ and Tan’s firm stance on fashion has given me a high respect for it, especially since he says that clothes project who you are, whether we like it or not.

Most of all, Queer Eye brings out its most important lesson: that it’s okay to care for yourself. During a moment between Jonathan and their makeover hero Tyreek, Jonathan says, “Why not take 10% off your advocacy and share that for yourself?” We often don’t realize that caring for others takes most of our own energy away, and makes us lose sight of the very person we should prioritize: which is ourselves. Antoni seconds that in Episode 5 too, where he teaches young activist Abby that cooking should be an #adulting skill and a skill that is not to be feared. It’s all about changing perspective.

Most of all, Queer Eye brings out its most important lesson: that it’s okay to care for yourself. During a moment between Jonathan and their makeover hero Tyreek, Jonathan says, “Why not take 10% off your advocacy and share that for yourself?” We often don’t realize that caring for others takes most of our own energy away, and makes us lose sight of the very person we should prioritize: which is ourselves. Antoni seconds that in Episode 5 too, where he teaches young activist Abby that cooking should be an #adulting skill and a skill that is not to be feared. It’s all about changing perspective.

Karamo’s role is one to highlight, too. While his cast mates have strong presences in their area of expertise, Karamo’s role is the listening ear, the one who brings out long standing issues that have been waiting to thaw. He imparts wise words to his makeover heroes and is a testament to the fact that mental and emotional health are just as much a part as physical health in overall beauty. When he has his moments with the heroes and has them in tears, it is a refreshing sight to see and hear someone who wishes to listen and only shares advice when it is right and not for the sake of.

I remember the two most touching moments of the season—the first being in Episode 3, where single dad Kevin had partial dentures placed on his top row of missing teeth, which he earlier admitted caused his refusal to bear grins. When he looks in the mirror, he gasps and says almost inaudibly, “My smile, it’s back.” I also turn to Episode 1, where Bobby—who has always felt resentment towards the church as they turned their back on him—is welcomed with open arms by gay Lutheran Pastor Noah who apologizes on behalf of the whole religion ‘with as much strength as he can muster.’ It’s those uplifting moments that make me shed a tear, mainly because as much as this situation has been dire for most of us, it’s a touching moment to see someone’s light return to their eyes. It’s a different feeling, an unfamiliar but fulfilling buzz to have gotten out of such a rut and be in touch with yourself again, an energy that is more a privilege than most of us can have. But for those who have a choice, take care of each other and most of all, know that putting yourself first is more than okay.

From Edgy To Classy: We Challenged Yeng Constantino To Trade Her Signature Look For A Day