15 Reasons Why K-Dramas Are Extremely Addictive

UPDATED. With the phenomenal success of Crash Landing on You, we revisit all the elements we love about K-Dramas.

There goes this catchphrase, "Kinain na ng sistema," which can be loosely translated as being eaten up or swallowed by the system. If before this phrase was typically used in politics, today, it has taken on a whole new meaning; people have been using it to refer to Filipinos' fascination and passion for Koreanovelas or K-Dramas. It's been so widely used that it has launched countless memes indicating people's different levels of addiction.

Even for the uninitiated, this whole K-Drama craze is fascinating enough to pique one's curiosity. But why exactly do K-Dramas remain to be most watched and well appreciated? In spite of the obvious language barrier, why are people addicted to it? We’ve summed up all the reasons here:

1. The beautiful and handsome cast members. Koreans are known for being beauty junkies (those of you who have been to Myeong-dong may have a better understanding of this). And these poreless, chiseled-to-perfection human beings are simply too hard to resist. Seeing two beautiful actors share sweet moments and eventually fall in love makes the watching experience more enjoyable. Usually, this factor is what initially draws people into a K-Drama, and ultimately, one of the reasons that make them stay for more.

READ: 12 Facts About Seo Ji-hye That The CLOY-Obsessed Would Love To Know

READ: 10 Things About Kim Jung-Hyun From "Crash Landing On You"

2. The characters’ fashionable outfits. In general, there’s something about the way Koreans dress up that looks straight out of a magazine spread or a runway show. They have good taste in fashion, no doubt! They are trendsetters. And their flair for cool and chic styling is unmistakable. Both men and women carry outfits very well.

Often, K-Dramas have scenes that are shot inside a walk-in closet filled with luxurious designer clothes and accessories arranged neatly (even the men's closets are divine!). How covetable! These wow-inducing scenes are definite favorites.

READ: Here's Why Hyun Bin Of 'Crash Landing On You' Is Our New Style Star

READ: #MetroStyleWatch: We Rank Our Top 10 Favorite Yoon Se-Ri Looks From 'Crash Landing On You'

3. The unique and unexpected plotlines or storylines. K-Dramas usually present creative and brilliant twists. The mystery that drives the show is always interesting. The viewers always look forward to who is related to who, and how they are actually related. The teams behind the shows put forth incredible ideas that can make one say, “Wow, they thought of that?” K-Dramas range from melodramas, historical, fantasy, sci-fi, action, rom-com, to suspense—the abundance of options is an absolute treat! There's something for everyone.

An alien who lands on Earth during the Joseon dynasty and who, 400 years later, would meet a celebrity he would fall in love with.

A 900+-year-old goblin (a handsome one, at that!) who is immortal, has supernatural powers, and is in search of a “goblin’s bride” to end his immortality.

An ordinary woman with an extraordinary ability of “seeing” smells works with a detective to solve crimes and catch a serial killer.

A town head from the Joseon era falls in love with a mermaid; the two are later reincarnated, the guy is a con artist and the mermaid stays as a mermaid in the modern-day setting. Like in the past, they fall in love with each other.

A timid girl, who is possessed by a wacky virgin ghost that believes she can move on to the afterlife once she loses her virginity, develops a romantic relationship with her chef boss.

A historical drama that sees the story of a woman who disguises herself as a man and becomes part of an educated group of men during a time when women are not allowed to be educated. She falls in love with one of these men while trying her best for people to not find out she is a woman.

Today, when some shows are boxed into the stereotypical story plots, these fresh ideas excite the viewers. It's also worth mentioning that K-Dramas don’t always have happy endings, and that’s partly what makes their storytelling realistic in a sense and, therefore, engaging.

READ: The Koreanovela Starter Pack To Get You Ready For Some Serious Binge-Watching

READ: The Classic And Must-Watch K-Dramas That Should Be Part Of Your Binge List

4. The predictable-yet-still-delightful-and-exciting plotlines. Then again, there are also the predictable plotlines and scenes in K-Dramas that, for some reason, still resonate with viewers. The rich man falls in love with the poor woman, and the man’s family happens to not like the woman. The love triangle (or square). The damsel in distress, who gets a princess-for-a-day makeover courtesy of her charming, uber rich prince. A woman jealous of another woman, and all the evil schemes that come between them. An unrequited love. A vengeful person who causes trouble.

The list goes on. We’ve all seen these somewhere. While these common concepts may be challenging to leave out entirely, Koreanovelas find ways to dramatize these and deliver them with hints of “wow” factor—be it through the artist’s portrayal style, unfolding of events, or inclusions of surprising twists here and there. 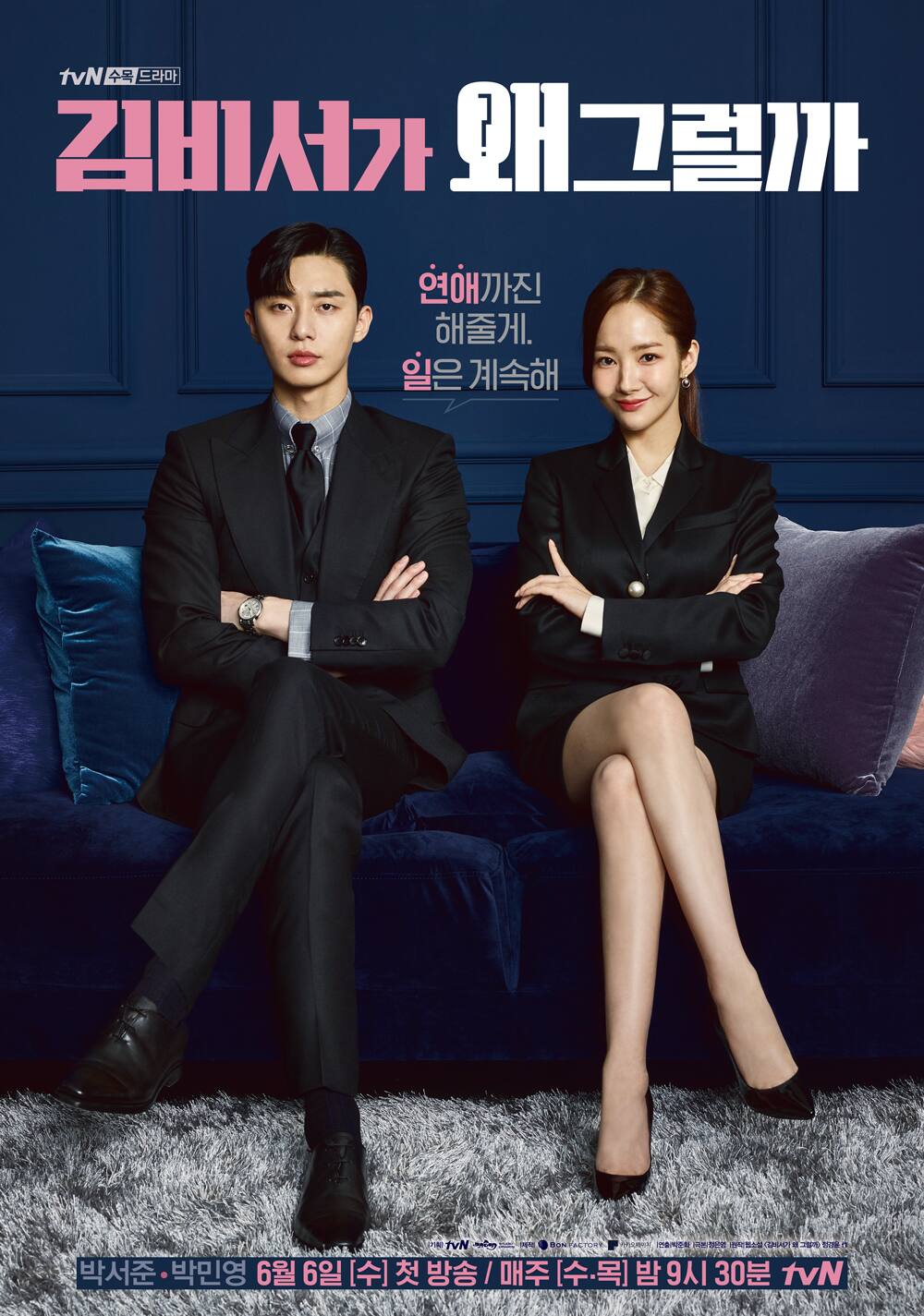 5. The charming sense of humor and quirky antics. Korean actors sure have a flair for comedy, that’s why their rom-com series are always a hit. It’s about mastering the overall package—the perfect timing, facial expressions, lines and expressions (aigoo! omo!), gestures, animated manner of delivery, plus the right mixture of romance and comedy. K-Dramas have taken this formula to heart.

6. The easy-to-marathon format. Korean dramas are easily digestible. The pacing is done just right. K-Dramas typically only have 16-20 episodes with each episode running for 30 minutes to an hour, which are enough to allow the characters to be established, the story to build up and be narrated beautifully, the plot to thicken, and the conclusion to come in a manner that is not abrupt and ties loose ends. Believe it or not, there are people who can finish one K-Drama in a day!

READ: The K-Drama Addiction In The Philippines Shows No Signs Of Stopping—Have You Caught The Fever Yet?

7. The mind-enriching viewing experience. Koreanovelas are not only entertaining, they can also be informative. Although the accounts may not be entirely factual, period dramas, for example, provide a glimpse of and an idea on the Joseon or Goryeo era. In the case of Crash Landing on You, viewers get an idea on how things are in North Korea.

8. The visual feast—feast in its literal sense. Korean dining spreads are always abundant with banchan, the collective name for the side dishes that are part of a Korean meal. Koreans sure know how to enjoy their food, and in the shows, when the characters are eating (more like stuffing themselves with food), they make you crave Korean barbecue, kimchi, or tteokbokki (hot and spicy rice cake). Or even a simple fried chicken (check out how fun it is to watch Lee Sung-kyung's Kim Bok-joo character enjoy a drumstick from her father's restaurant in Weightlifting Fairy).

For this number and the one above, it’s nice how viewers get to appreciate the Korean culture more.

READ: How To Make Steak Ramdon From The Movie Parasite

10. The locations. In relation to the cinematography, the choice of location plays a big factor in a K-Drama’s success, and the people behind these shows are commendable for having an eye for what looks great on the camera and what would look even better when woven into a storyline and attached to the characters. The stunning mansions and quirky-cozy rooms featured on the shows are also peg-worthy.

This is the house of the male lead, Kim Min-kyu (Yoo Seung-ho), in I'm Not a Robot, which aired on ABS-CBN / Video from MCDrama's YouTube account

READ: IN PHOTOS: Inside Yoon Se-ri's Walk-In Closet In Hit K-Drama Show 'Crash Landing on You'

READ: IN PHOTOS: The Filming Locations Of "Crash Landing On You"

11. The soundtrack. When the much-awaited kilig moment or dramatic scene comes, trust that K-Dramas will have fitting tracks to enhance the scenes. We may not understand what the songs mean, but we can feel the melody comes from the heart and, ultimately, always speaks to the viewers’ hearts.

12. The script. Save for some difficulties and adjustments in reading the subtitles, one will find the scripts to be written well, from the shallow to the profound. There are a lot of life lessons that can be learned from them, and a bunch of quotable quotes, too!

13. The uber kilig romantic moments and tastefully done kissing scenes. K-Dramas are wholesome. They treat kissing scenes with so much importance. They use them sparingly, so the viewers have something to look forward to as the story progresses. The creative teams behind the shows make the kissing scenes worth the wait, and give them the spotlight they deserve. Cue collective “awww.” Often, the kissing scenes don’t lead into love scenes or bed scenes, but when they do, there is still a classy approach to the handling of the scene (check out the romantic bed scenes in Healer and Suspicious Partner, both with Ji Chang-wook, by the way).

14. The family-friendly themes. Filipino families are known for being close-knit, that's why family-related stories never fail to tug at the heartstrings. With K-Dramas, people can learn a thing or two about family values, friendships, and maintaining romantic relationships.

15. The fresh pairings. There are no loveteams in K-Dramas. The pairings of the lead stars for every show always change. So, the oppa and noona that one wishes to see in a show together could actually be in a show together. What’s great about this is viewers are always treated to a different kind of chemistry.

READ: V-Day Special: Our Favorite K-Drama Couples In The Past Decade

Now, because they’ve been so hooked on the actors, the viewers find themselves researching the other shows these actors have done in the past. Next thing they know, another marathon has ensued.

In Photos: Kim Seon-Ho And His On-Screen Partners in K-Dramas