The 2010s: A Dictionary To The Decade’s Slang

OK Boomers, here are the key terms to know in order to decode the language of the 2010s

v. To act or behave like a responsible adult.

Look at her adulting and doing taxes!

The last Avengers movie was long AF; I sprinted to the bathroom right as the credits rolled.

n. What you would call your significant other; an abbreviation for babe or baby, with some claiming it as an acronym for “Before Anything Else.”

I’m spending the day with bae, then we’re going to dinner and a movie.

adj. Predictable and unoriginal, and subscribing to mainstream culture. Initially used in terms of describing a “basic bitch”—a stereotypical white woman who has decor that says things like “live, laugh, love,” lives in Uggs and yoga pants, loves pumpkin-spice lattes and Taylor Swift—the term has evolved with the trends over the years. Basic girls these days are often found on Instagram; their feeds feature things like solo shots posing in front of Insta-worthy graffiti walls, wearing flower crowns at Coachella, avocado toast, matcha anything, lots of millennial pink, with captions like “#RoséAllDay.”

Fyre Festival was supposed to be a bougie event, but clearly, it didn’t turn out that way.

v. To assume a false identity on the internet in order to lure people in.

She thought she was about to meet the man of her dreams, but turns out she was catfished by an old creep.

n.,v. To retaliate and reply to an offensive remark with a clever response.

v. To expose or call someone out and publicly humiliate them.

n. The Designated Ugly Fat Friend in a group of friends. Demonstrated in the 2015 film, The DUFF, where Mae Whitman served as the DUFF of her friend group.

n. Someone who has won all four awards: Emmy, Grammy, Oscar, and Tony.

John Legend won an Emmy for Jesus Christ Superstar, multiple Grammys, an Oscar for his original song for Selma, and a Tony for Jitney.

adj. To do the most; over the top, dramatic, unnecessarily excessive.

Mariah Carey being extremely extra having herself wheeled off to stage.

His mom would die if she saw all the posts on her son’s finsta.

GOOD one. Burr’s dad was the PRESIDENT of Princeton (which was not yet named Princeton but I wanted you to know what it was). He’s saying they motivated him AND he’s implying his connections. This is the definition of “weird flex but okay.” https://t.co/8XVxZ57pw7

I regret not going to the party last weekend; I got major FOMO watching everyone’s Instagram stories.

v. To mysteriously disappear and end all communication with someone you had been involved with.

Things seemed to be going well between them until he ghosted her three weeks in, and she hasn’t heard from him since.

n. An evolution into a better version of one’s self, typically referring to physical appearance.

Of the entire cast, Neville Longbottom definitely had the biggest glow up by the final movie. | Warner Bros.

n. Greatest Of All Time

Meryl Streep is definitely this generation’s GOAT in Hollywood.

n., v. To make a seemingly modest statement, while inserting a (not-so-subtle) brag.

HERE WE GO CELTS!!!! wish i was in boston for this game!!!! prague will have to do

adj. Initially meaning drunk; the definition has evolved and

The infamous Kardashian-Jenner Christmas Eve parties always look so lit, judging by all the celebrities’ posts on social media.

v. When a man matter-of-factly explains something to a woman in a condescending and patronizing tone, as though he is educating her on a matter she knows nothing about (even though she does… and probably, more).

n. When two strangers have an accidental meeting that has the potential to lead to a romantic relationship. A popular rom-com trope.

v. A thinly veiled disguise for hooking up; an excuse to hang out with someone hoping it will lead to more than just watching TV.

I thought we were just going to hang out as friends, but he invited me over to Netflix and chill, so I’m telling him I’m busy that night.

n. A unisex fashion trend, where one deliberately dresses in casual, simple, understated clothing (e.g. jeans and a white T-shirt). People often site the fashion on Seinfeld to be forerunners of the trend. 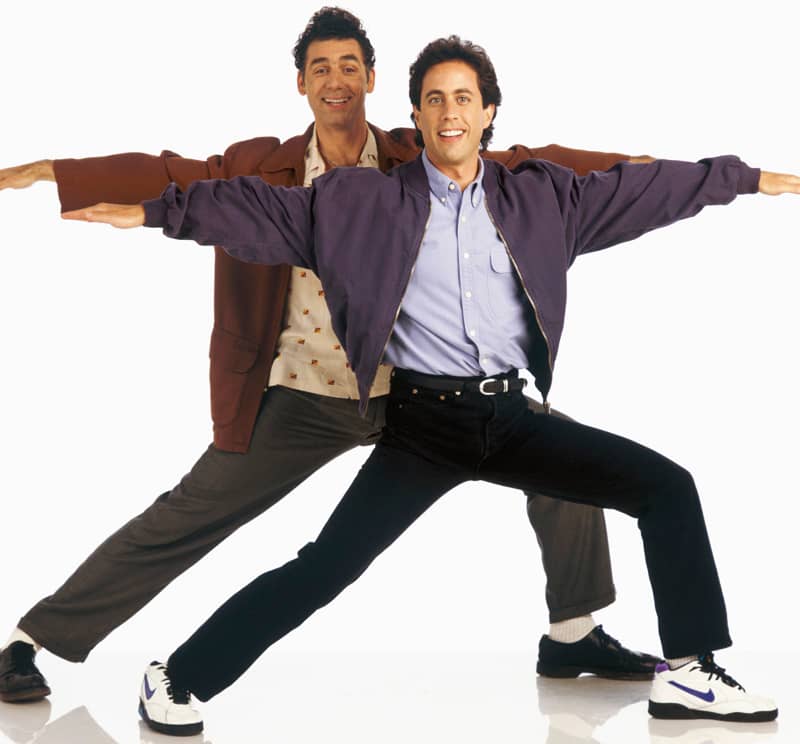 Who knew that the normcore trend would make Jerry Seinfeld a style icon? | NBC

n. One True Pairing; the perfect fictional couple that fans ship and believe are meant to end up together.

Everyone knew that Ron and Hermione were the OTP.

n. The evidence proving someone’s actions, often in the form of screenshots from previous

Taylor Swift claimed that she didn’t know Kanye West would be dropping her name in his song, “Famous,” but Kim showed the receipts.

adj. When someone shows no mercy and doesn’t hold back.

Beyoncé was so savage dropping an entire album all about Jay-Z’s cheating.

n. A criticism of someone; typically “thrown,” and (somewhat) subtly.

Selena Gomez is definitely throwing shade at Justin Bieber in her new song “Lose You to Love Me.”

v. To endorse a couple—usually a fictional one.

People still shipped Jon and Dany even after it was revealed that they were related. Gross.

adj. To be shocked; sometimes stylized as “shooketh” for more drama.

Fans everywhere were shook upon hearing about the death of Anthony Bourdain.

n. Looking at someone with judgment from the corner of your eye. 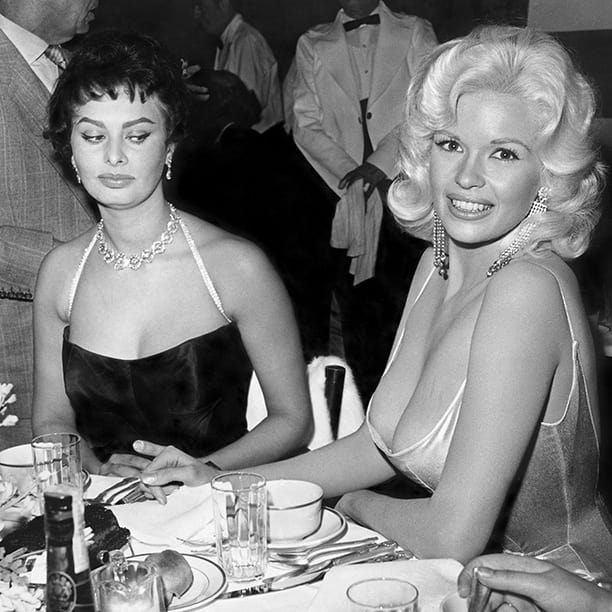 Sophie Turner revealed that having been following each other on Instagram, Joe Jonas slid into her DM’s, and the rest was history.

n. A derogatory term to describe someone who is hypersensitive, easily offended, and seems to believe that they are more special and unique than they really are. Often used by the political right to describe people of the left.

Boomers have dubbed millennials the “Snowflake Generation,” believing the younger generation to be so easily upset and offended.

n., v. A combination of stalker and fan, meaning to be a super fan, which originated from Eminem’s 2000 hit, “Stan.”

I didn’t realize Lady Gaga is also such a talented actress. I stan.

v. Originating from dating apps (namely, Tinder); when looking through profiles, one would swipe right if they are interested, and swipe left if not. 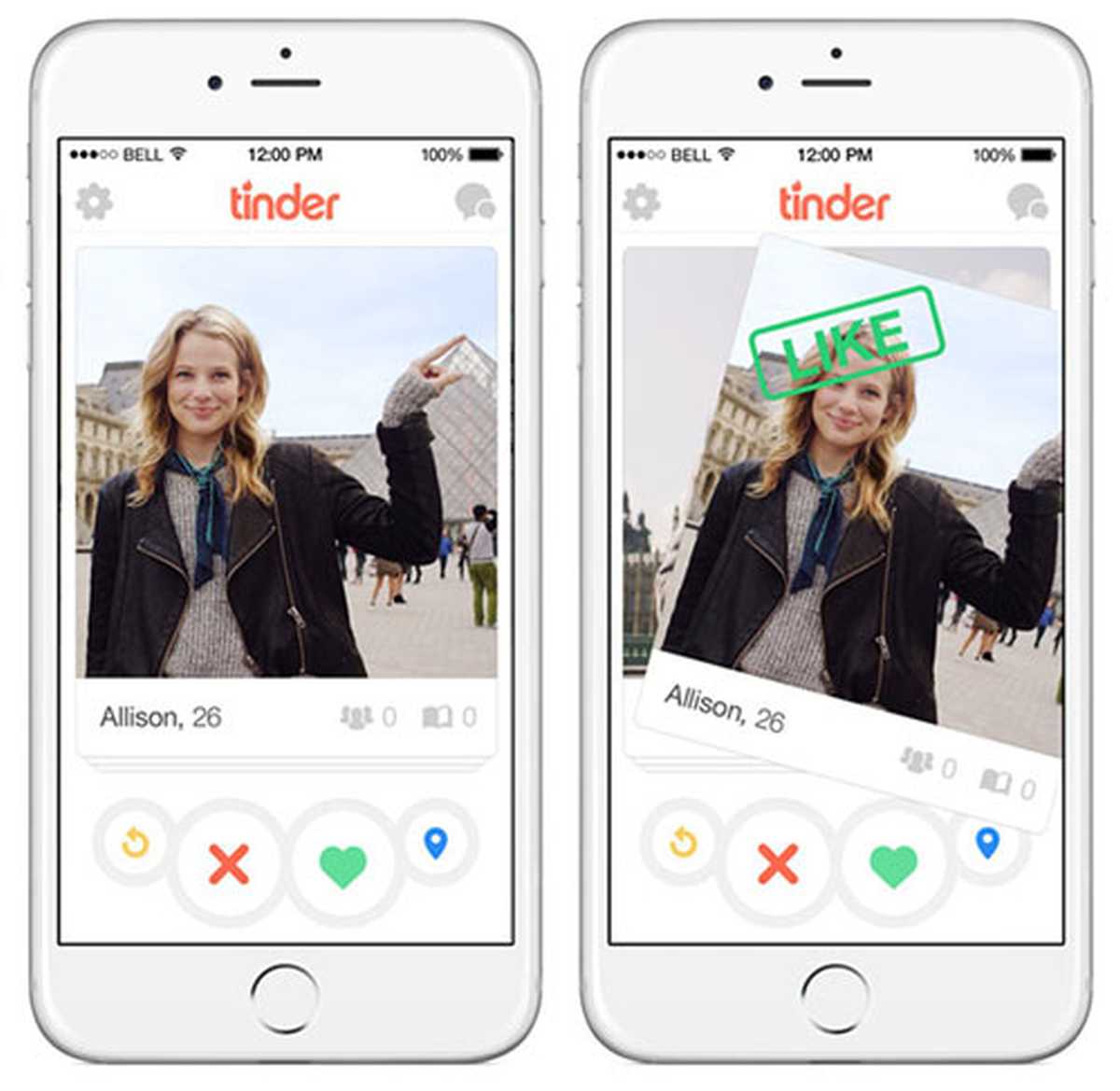 If you want to match with her, swipe right.

abbrev. Too Long; Didn’t Read; the gist of a long article.

I skimmed the Operation Varsity Blues affidavit regarding the college admissions scandal, and TL;DR: Lori Loughlin is in trouble.

n., v. To mess with someone or give someone a hard time; “internet trolls” post or say things online to disrupt peace and spark controversy. adj. Politically aware of current issues and events. The word rose in popularity during the #BlackLivesMatter movement.

Despite all the progress, the wage gap is still huge with women making an average of $0.79 for every dollar a man makes. Stay woke.

intj. You Only Live Once; synonymous with “carpe diem,” and popularized by Drake’s 2011 song, “The Motto” (even though The Strokes did it first).

RT if you agree that Jeff Goldblum is ZADDY #HotOnes pic.twitter.com/dFlEznZdY2

ICYMI: Deciphering The Acronyms In Your Work Email