The pandemic has made more and women and girls susceptible to becoming victims of GBV, and prominent personalities are shedding a light on it

In July, women on social media—particularly Instagram—began posting monochromatic photos of themselves with the hashtag “#WomenSupportingWomen” or the caption “challenge accepted.”

This became known as the “black-and-white challenge,” of which no one knew the origin, until information surfaced that it was reclaimed as a call for the end of femicide in Turkey, where the number of murdered women continues to rise to alarming rates.

While that original intention was, quite literally, lost in translation, there were some efforts to return to the original aim of the challenge, but all had been said and done: The Hollywood celebrities who took part in it had already posted their flattering, black-and-white selfies and moved on with their lives.

Unfortunately, for many victims and survivors of gender-based violence, wherever they may be in the world, moving forward with their lives isn’t always easy.

In Photos: 70+ Celebs & Personalities Who Joined The Black And White Photo Challenge

This week, a new campaign sprung forth, inspired by the desaturated photos from July, but where the previous challenge’s intent had been muddled and lost, this one’s purpose was clear: to put an end to gender-based violence, a message signaled by the hand and the glare in the photographs.

This was less about showing off your best black-and-white selfie, and rather more on shedding light on the rising cases of gender-based violence in the country (and elsewhere in the world) since the pandemic began.

“No to gender violence,” the captions read, with each post containing the hashtags #NoToGenderViolence, #StopGBV, #EndGBV, #FamiLigtasPH, and #USAID.

Domestic violence has long been a problem in many households, but it is also one of the most under-reported human rights violations. In the past year, 243 million women and girls (aged 15–49) across the world have been subjected to sexual or physical violence by an intimate partner.

As the COVID-19 pandemic continues, this number is likely to grow with multiple impacts on women’s wellbeing, their sexual and reproductive health, their mental health, and their ability to participate and lead in the recovery of our societies and economy.

In the Philippines, the National Demographic Health Survey 2017 released by the Philippine Statistics Authority revealed that 1in 4 Filipino women has experienced physical, emotional, or sexual violence from their partner.

In the same survey, the top three perpetrators as reported by women who experienced or were experiencing GBV were revealed to be the victim’s current partner (40%); former partner (27%); or other relative (8.9%). Additionally, an average of 8 people per day have fallen victim to sexual assault in the country during the community quarantine according to data from the Philippine National Police.

STOP GENDER BASED VIOLENCE. In the Philippines, 1 in 4 women has experienced spousal abuse. In the first 35 days of community lockdown, the PNP recorded 682 or 19.2 incidences daily. And the lockdown has made it worse for many abused victims - whether men, women, children or members of LGBTQ. In partnership with USAID & Lunas Collective, an online hotline for victim survivors, we are encouraging advocates to spread awareness to keep our homes safe. Help is available. #FamiLigtasPH #oct242020 #StopGBV #EndGBV #NotoGenderViolence #FamiLigtasPH #USAID (📸 @iamkarendavila @margaritafores @charosantos @sofiazelizalde @tootsyangara @draivee)

FamiLigtas, then, seeks to educate and spread awareness about the reality of GBV within the family and the home. It works closely with Lunas Collective, offering psycho-social support and appropriate information for authorities and health facilities.

It is difficult for women experiencing GBV to report what’s happening to them, especially in a country as conservative as the Philippines. This is why campaigns like this matter—beyond raising awareness, it hopes to inspire more and more women to come forward with their experiences, and help bring GBV to an end for once and for all. 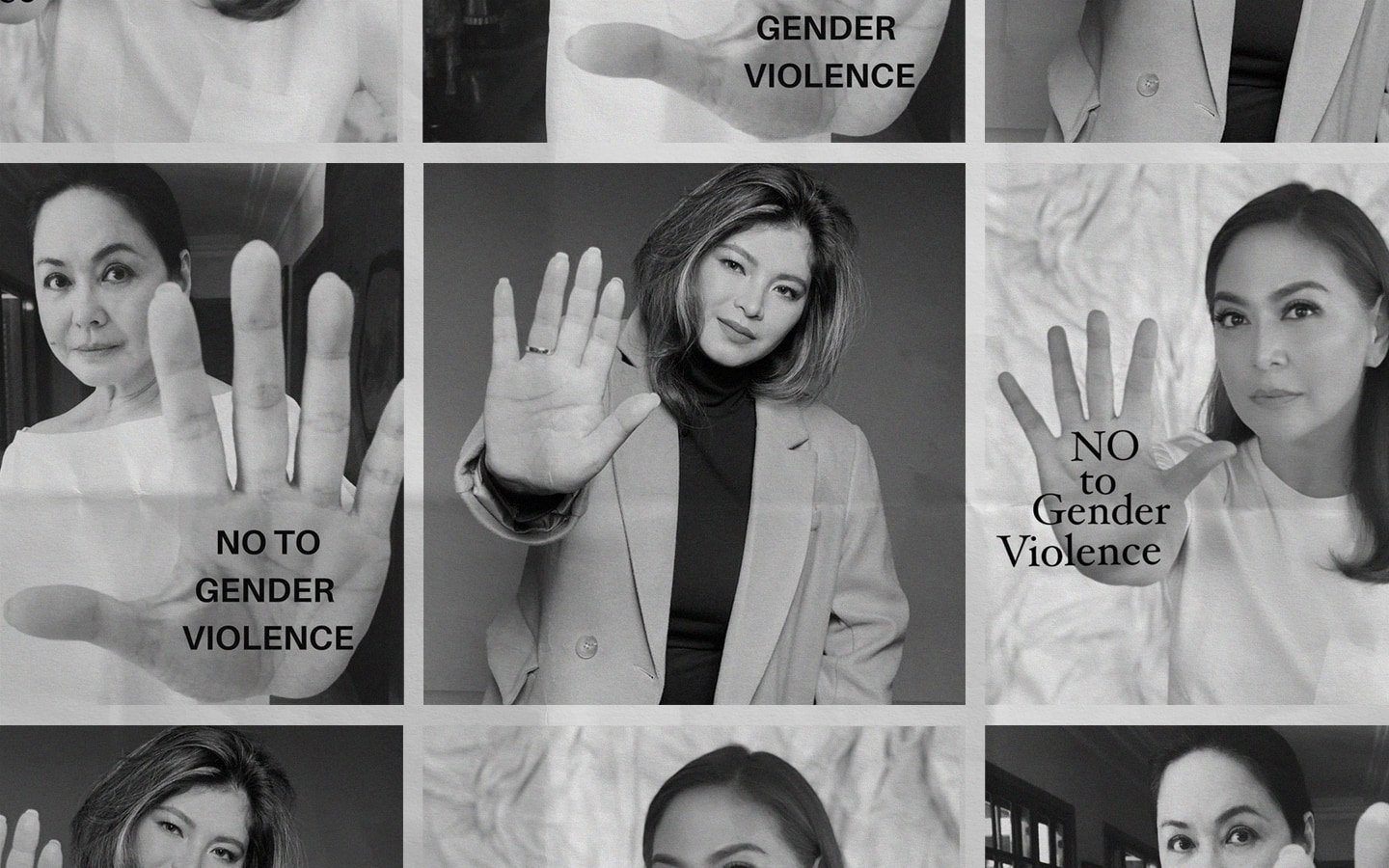 No to Gender-Based Violence 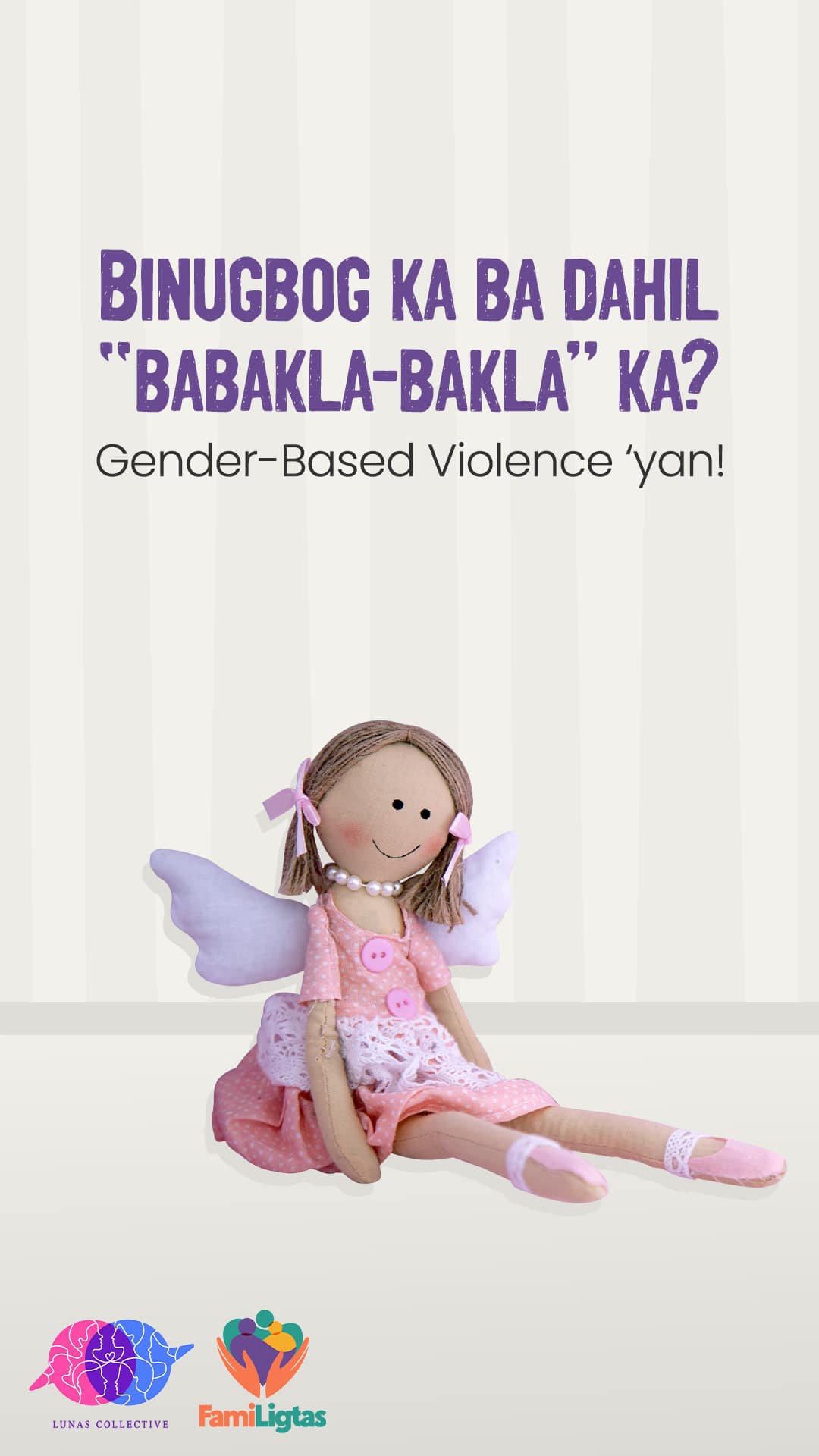 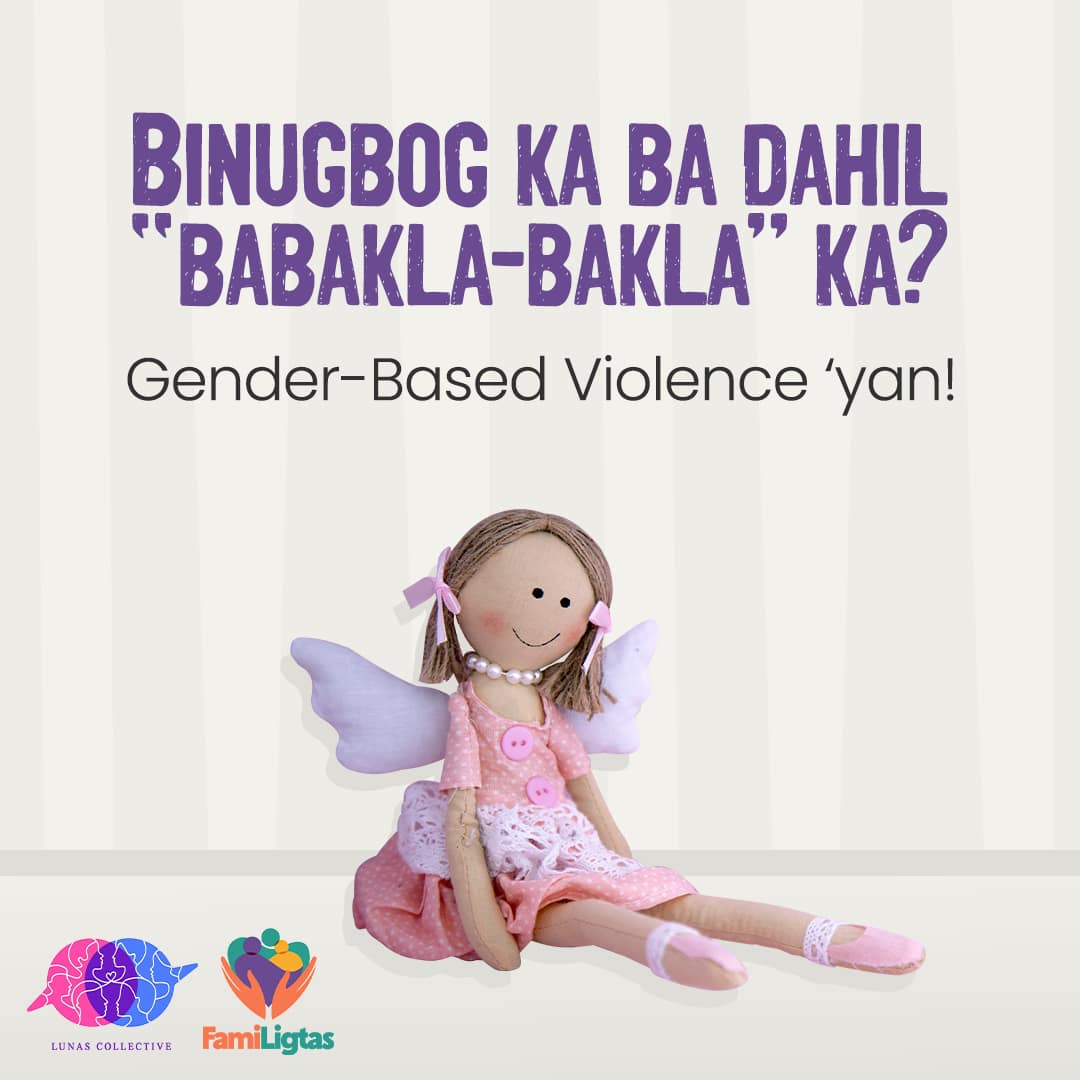 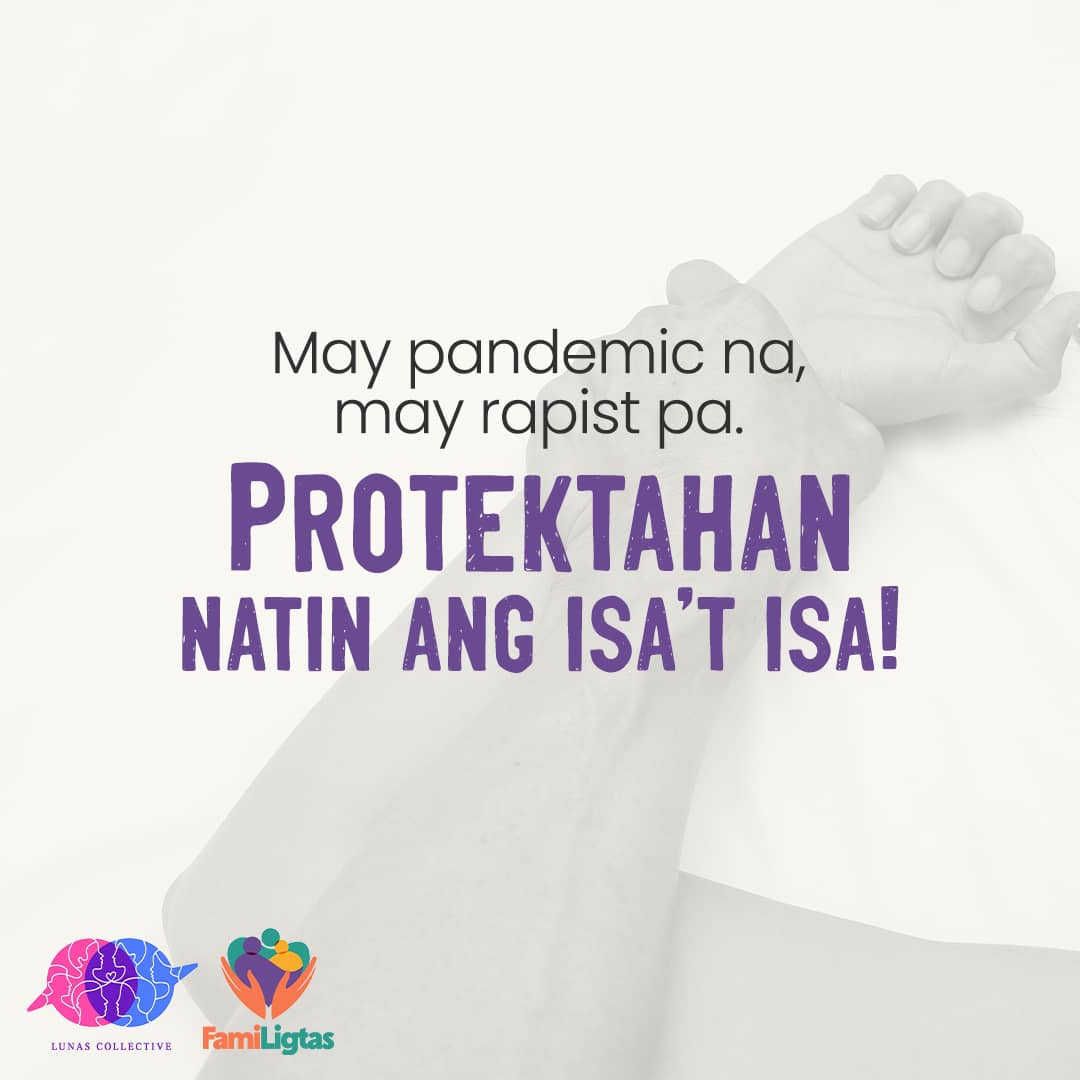 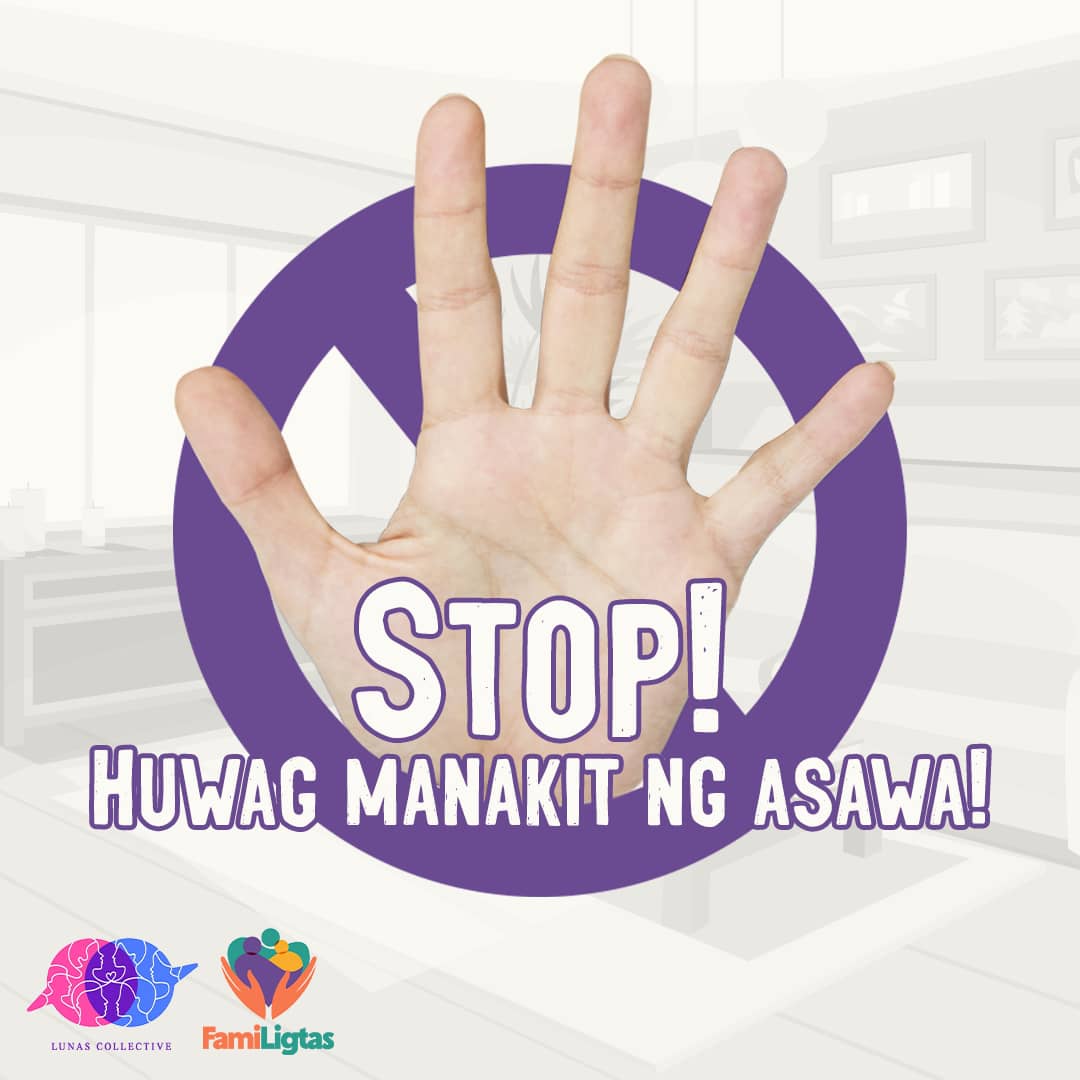 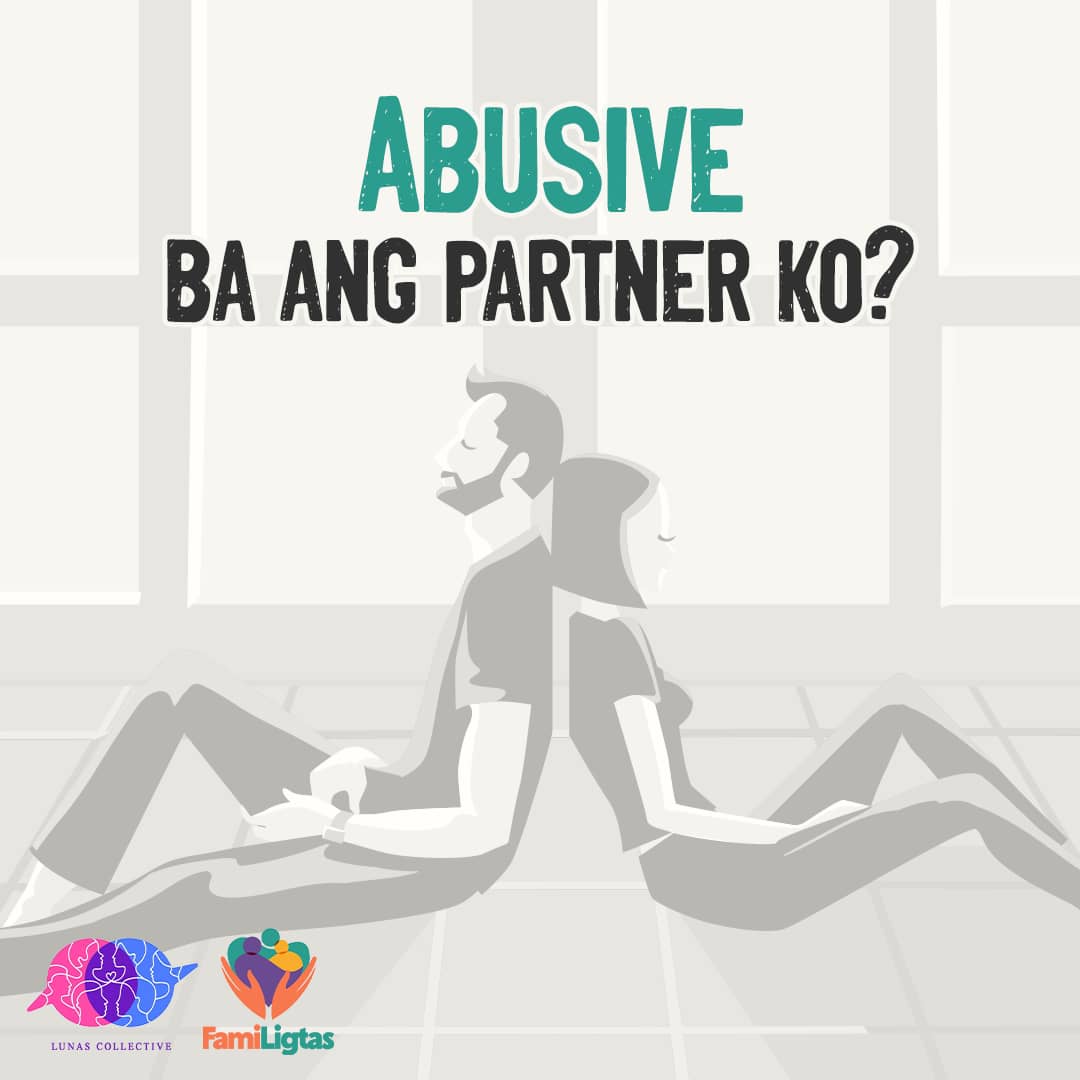 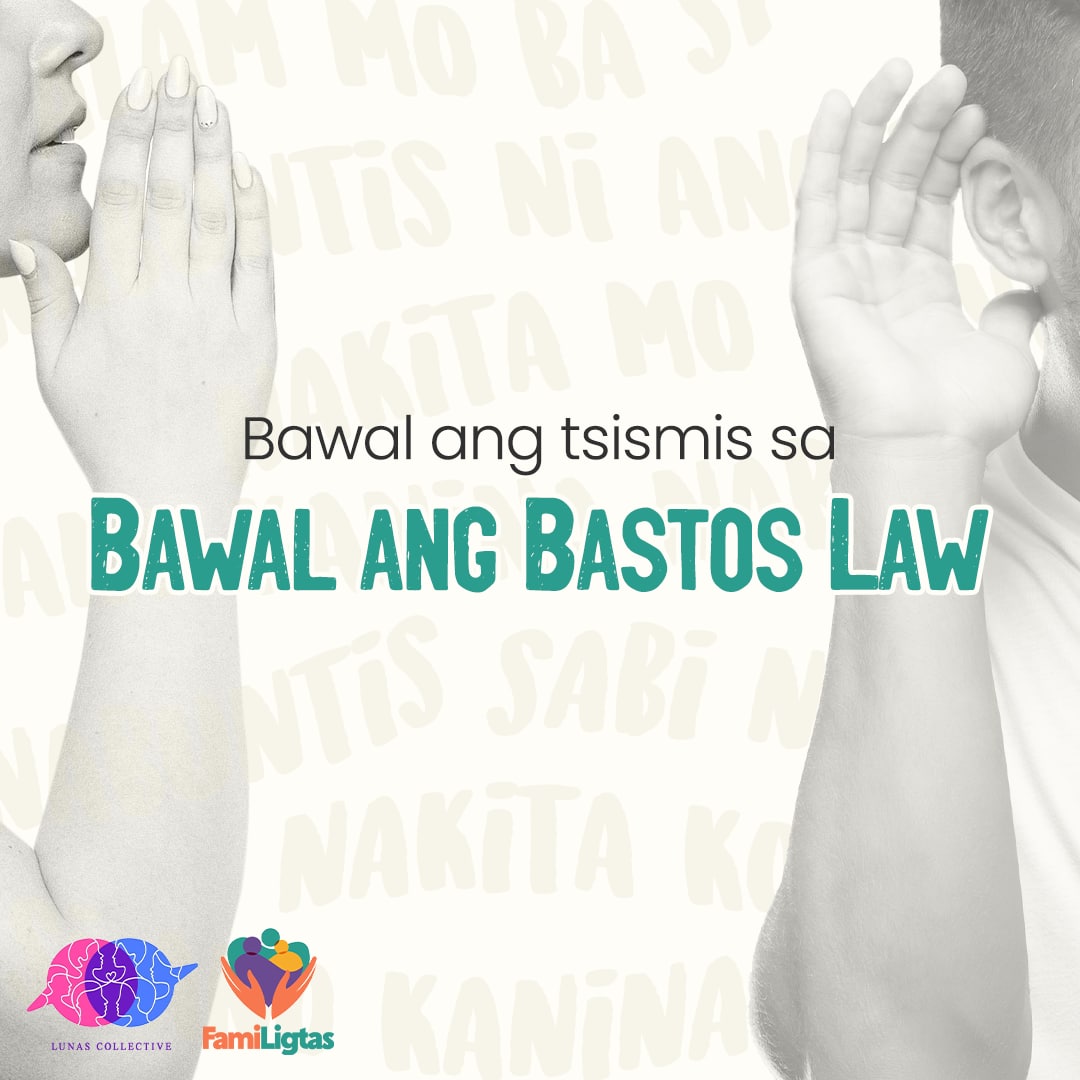 Because of the Pandemic, Movie Drive-Ins Are In Again—Here’s How You Can Watch

Here’s Where You Can Watch Metro Safe & Sound: The Best of 80s OPM