Last July 29, Security Bank Corporation (SBC), together with Zonta Club of Makati & Environs, paid tribute to Filipinas across different walks of life through the fourth Bravo Empowered Women Awards. In a ceremony held virtually for the first time, these women were celebrated for their strength to lead, serve with purpose, and make a difference amid a global crisis.

The Bravo Empowered Women Awards recognizes female trailblazers who have achieved success in their careers and personal advocacies. The distinctions are given to Filipinas who drive social change in the country and actively work to uplift the lives of the less fortunate.

In its history, the 8 Bravo Empowered Women Awards has always honored women from different industries and walks of life, yet united in their strength to make a difference. It is a nationwide search for unsung heroes, great achievers, and advocated of social change—and was created to recognize the Filipinas who demonstrate an unwavering commitment to leadership and service, enabling themselves and others toward economic and social progress.

“Oftentimes, the role of women in recovery, peace and community-building are overlooked, much like their roles in the household or the workplace. Through initiatives like the Bravo Empowered Women Awards, women are not just acknowledged but celebrated and brought to the forefront. Thank you, Zonta, for providing the platform to amplify the invaluable work of these amazing women, which is integral to our economic and social progress,” said President and CEO of Security Bank, Sanjiv Vohra.

Olympic gold medalist, Hidilyn Diaz, was also feted by the Bravo Awards for her excellence in weightlifting, which allowed the Philippines to receive its first gold medal. The Bravo awards recognized Diaz for her strength, courage, resilience, and heart as a Filipina.

The awardees are recognized for their various advocacies such as environmental protection, assistance for sexual abuse victims and the fight against online trafficking, mental health, disaster recovery, pandemic assistance for front-liners, women’s reintegration into society, and activism against gender-based violence.

Below, get to know the eight awardees through their individual achievements and personal advocacies in their respective categories. Get To Know This Year's Bravo Empowered Women Awardees

Get To Know This Year's Bravo Empowered Women Awardees

Carol is a humanitarian and cultural worker specializing in communication for development. Since 1999, she has pioneered contemporary indigenous chanting, setting the standards for vocals and chants for world music in the Philippines. Her extensive compositions and recorded performances have been featured in various countries and patronized by Filipinos all over the globe. Carol has worked in disaster-stricken communities such as the Bangsamoro Autonomous Regions in Muslim Mindanao and Eastern Samar. In 2014, she formed the Marig-on Theater Group in Eastern Samar for young people who were most affected by Typhoon Yolanda. Aside from promoting Philippine arts, culture, and heritage, she also advocates to end gender-based violence in the country by helping the victims and raising awareness about their rights alongside ways to protect themselves physically and online through Lalang Hu Mga Laga (Stories of Women; facebook.com/storiesofwomen). 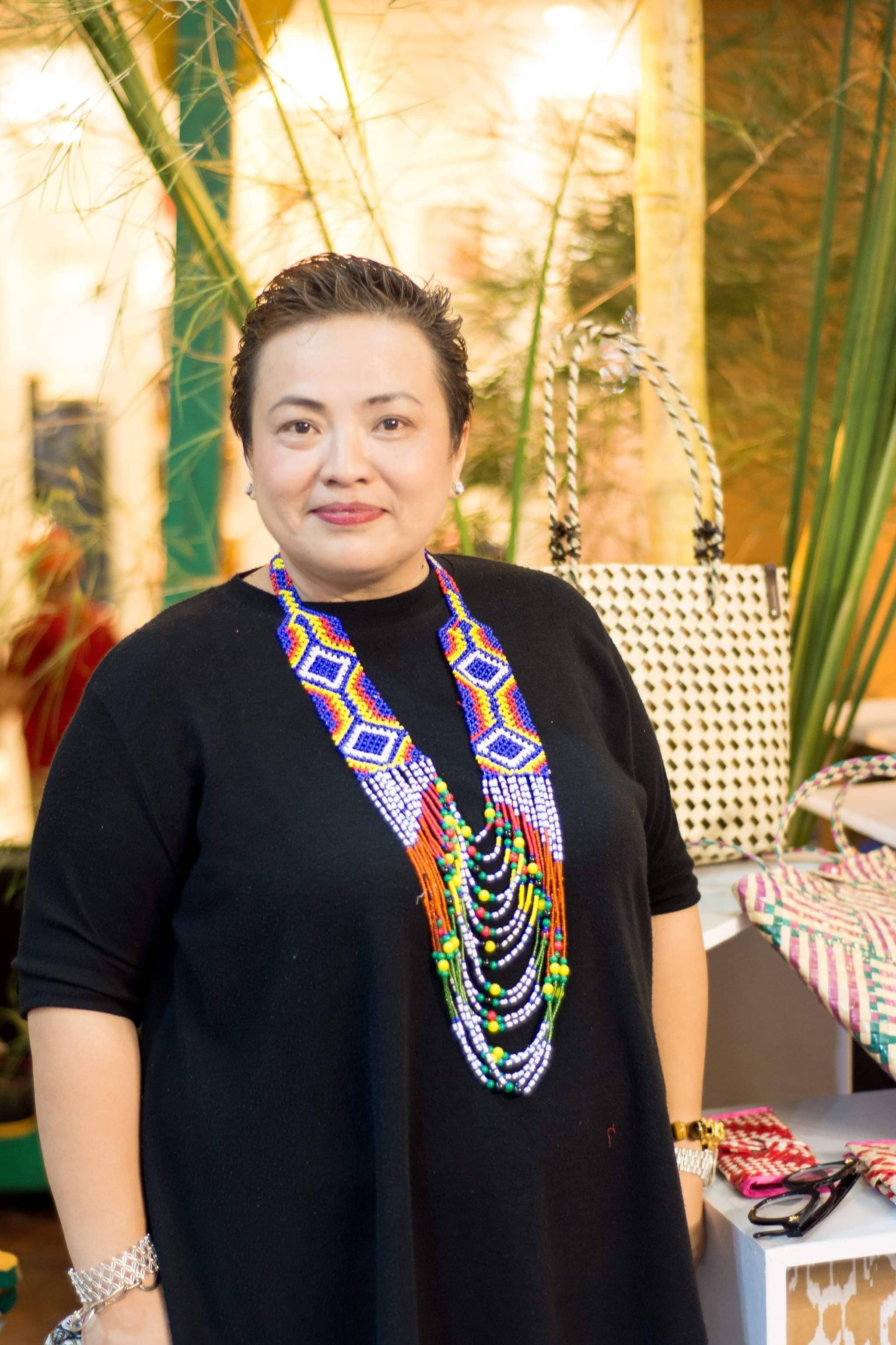 Yvette is a social entrepreneur and the owner of Yvette’s Bags and Beads Collection. Her company has been designing and producing washable and recyclable bags using crochet since 2007. She has worked with women prisoners from Davao for 14 years and provided livelihood to others in her community. Guided by her company’s chosen advocacy of reintegrating these women into society, she provides them with opportunities to earn for their children and families. Yvette also does product development and continuously partners with indigeneous people from the Bagobo Tagabawa, Tagakaulo, Matigsalog, and Kiblawan tribes. Her craftsmanship was recognized by the MANILA FAME by CITEM, KATHA Award when she won the Best Innovative Product of 2011. This opened doors of opportunities for Yvette, and enabled her to be one of the Philippines’ representatives at the ASEAN- Japan Center and the Osaka Gift Show in 2012. 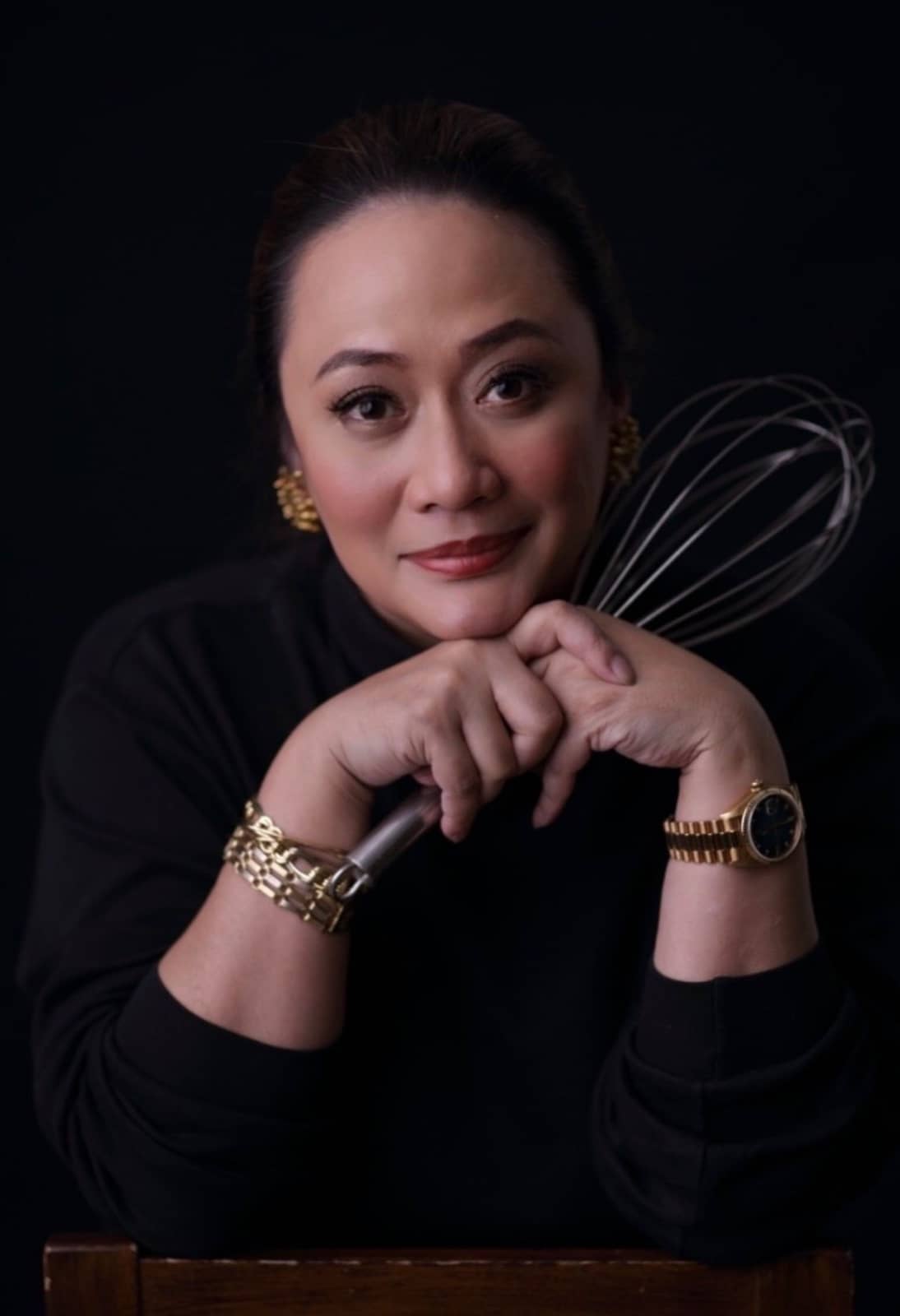 Chef Reggie began cooking at 6 years old. Her ambition drew her to Europe to pursue culinary studies. She was a Chef Consultant for special projects at the United States Department of Agriculture (USDA) and the Agricultural Trade Office in the Philippines. Currently, she is a member of the Council of Chefs under the USDA’s Food Heritage Foundation. Chef Reggie puts her culinary skills into good use by helping the less fortunate. She spearheaded the Magic Kaldero, a feeding program for children and families affected by flash floods and typhoons. During Typhoon Yolanda, she set up a food emergency response team named “Kusination” to feed the evacuees brought to Manila. Her advocacies also extend beyond the culinary sphere. In partnership with the WTRC Foundation, she crafted an outreach program for children victimized by online sex traffickers. And together with the World Wildlife Fund, she raised funds for environmental warriors whose livelihood was affected by the ongoing pandemic. Dr. Arangote is the University President of Aklan State University (ASU). She is a prominent image of woman leadership in the University and in the province in general, having been elected as the first-ever woman president of ASU. In her previous role as chairperson of the Teacher Education Department, she delivered on her commitment to produce globally-competent professional teachers and board topnotchers by ensuring that ASU’s passing rate in the Licensure Examination for Teachers consistently surpasses the National Passing Percentage. During her time as director of Quality Assurance of ASU, most of the programs she established were given certifications by the ISO and brought massive changes and opportunities to the University. Today, she is proactively working on her internationalization goals to support the Commission on Higher Education in boosting the global competency of Filipino graduates. Dr. Arangote believes that “Together, Everybody Accomplishes More” (TEAM), inspiring others to collaborate amid diversity and the limitations brought about by the pandemic. Mimi is a veteran business news anchor for the ABS-CBN News Channel (ANC). Her 10-year career began as a field researcher for the investigative program The Correspondents. Michelle eventually moved to ANC to become a news writer and a segment producer for the Going Green segment. She also received an offer to be the Executive Producer for veteran business journalist Coco Alcuaz’s weekly business show, Inside Business. Aside from being a respected financial journalist, Michelle also pursues personal advocacies. She has been a member of World Vision since 2010, participating in fundraising activities for children beneficiaries. She likewise supports the Dao De Gong Temple by helping poor communities in Banahaw. At the height of the pandemic, Mimi, together with her friends, organized a fundraising for PPEs for frontliners. She also joined a group of entrepreneurs who started a COVID-19 testing facility that employed part-time medical workers who either lost their jobs or had their pay cut during the pandemic. As an emergency medicine clinician, Dr. Convocar’s expertise includes community health care administration and management, health promotion and education, and inter-facility critical care transports. During her stint as a “doctor to the barrios” at Socorro, Surigao Del Norte, she was instrumental in bringing down the infant mortality rate of the island to zero and increased the immunization coverage for children under 5 years old. Dr. Pauline Ferraris Convocar shares the bloodline of the national hero Teresa Magbanua y Ferraris, also known as the Joan of Arc of the Visayas who fought alongside men as equals in the Katipunan. As head of the Philippine College of Emergency Medicine’s (PCEM) Section on Advocacy, she organized the Section on Gender Equity and Equality to ensure women issues and gender gaps are addressed in the field of emergency medicine in the country. Through mentorship, she empowers women in the field of emergency medicine. She’s passionate about helping other young women leaders to find their own strengths. Her mentees have now been trailblazing in their chosen career paths as emergency medicine physicians and emergency nurses. Currently pursuing her doctorate degree in Public Health – Health Promotion and Education at the University of the Philippines Manila, she is committed to imparting her knowledge and inspiring ambition to the future generation of young women. 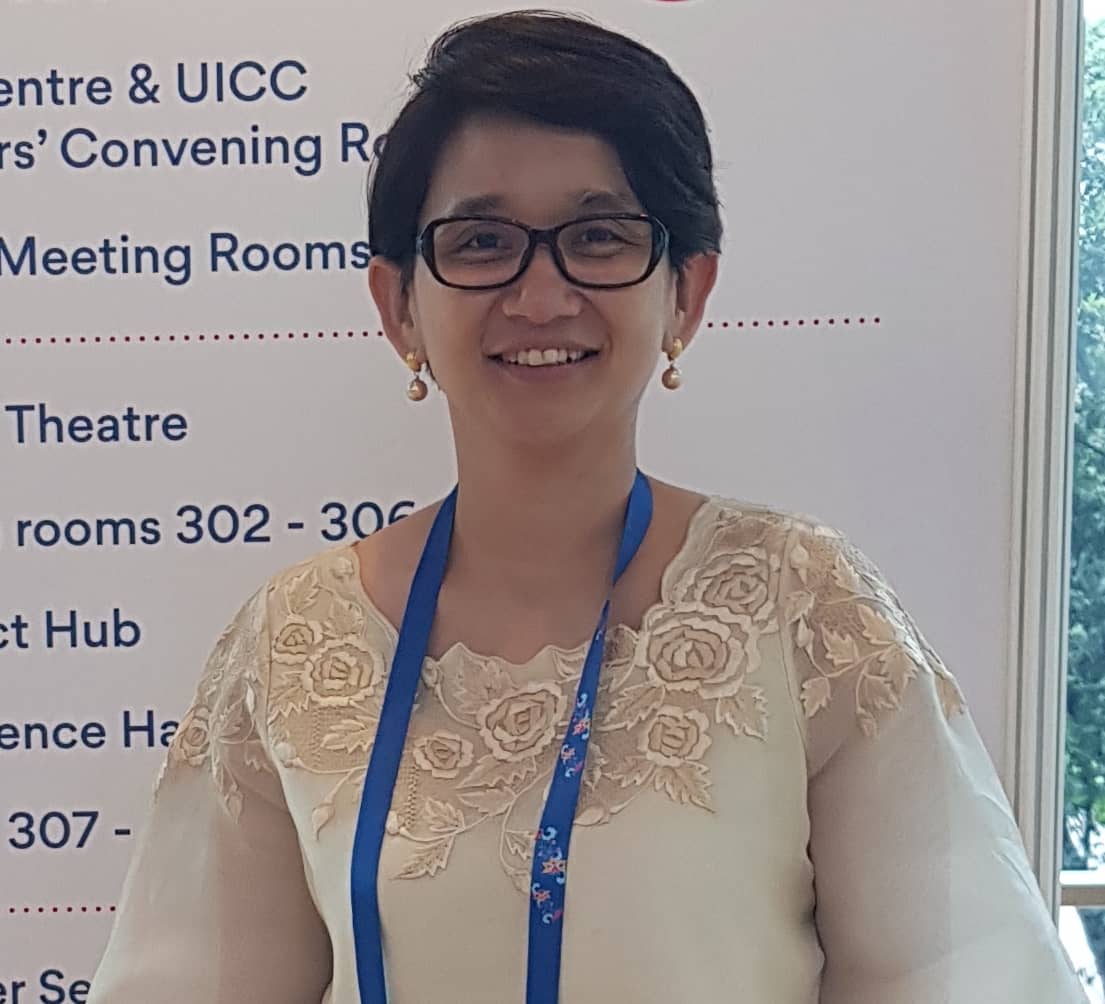 Doc Angie is a registered psychologist and child life program manager at Kythe Foundation, an organization that seeks to uplift the lives of chronically ill children. She is the only certified child life specialist, registered psychologist, and certified specialist in Counseling and Developmental Psychology who serves children with cancer from the low income sector. With her stellar credentials, Doc Angie could have earned more in private practice or worked abroad, but she chose to devote her time, and share her skills in providing psychosocial support for pediatric cancer patients and their families seeking treatment in government hospitals. Empowered parenting is Doc Angie’s personal advocacy. Being a developmental psychologist, she has seen how parenting strategies, or the lack thereof, have caused much pain and damage to children. As new parenting challenges arise especially during this pandemic, she feels strongly about educating parents on how they can become better role models to their children. She is also a staunch advocate for children's/teens' mental health. This is one of the reasons she has worked at forming the Mental Health Program of Kythe last year. 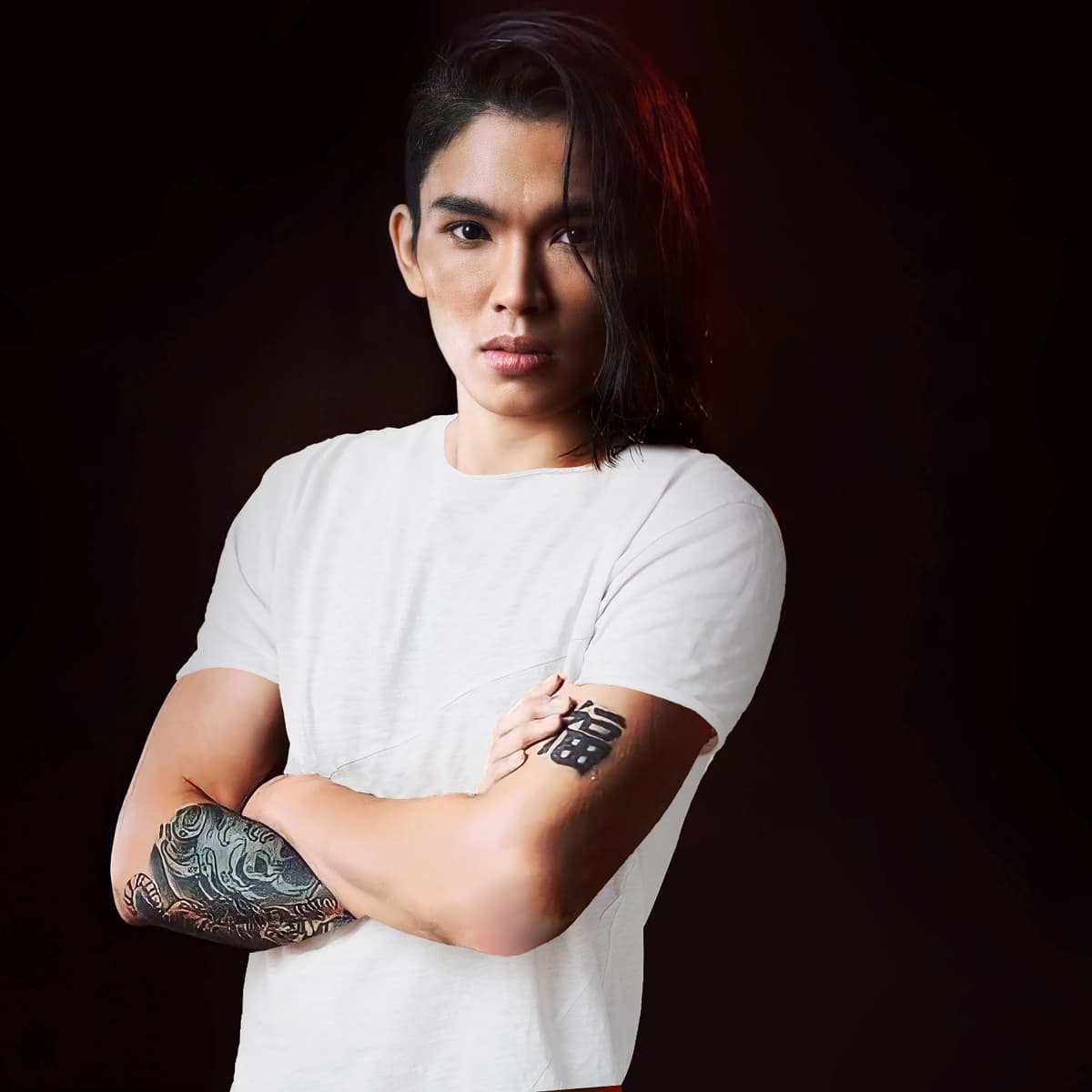 Geli Bulaong is a professional mixed martial arts (MMA) fighter, a former national athlete, a gym owner, and a coach. She is also the Chairperson of the Female Commission of the Muay Thai Association in the Philippines. As the first female champion of the URCC, the first and only professional MMA competition in the Philippines, she has broken stereotypes by excelling in a sport dominated by men. Geli has also coached athletes who have won gold medals at competitions such as the Palarong Pambansa, National Youth Games, and City Meets. Aside from being a sports champion, she is also a crusader for transforming and empowering the lives of women who were victims of sexual abuse. She mentors these women through muay thai, other sports, and discipleship through the #CocoonProject, a partnership with Meggie Ochoa, the founder of Fight to Protect and the Bravo 2019 Woman for Sports.

Former Department of Foreign Affairs Secretary and Ambassador Delia Albert, who serves as Chair of the Bravo Board of Judges, discussed her Bravo Empowered Women Awards experience during the event. "The Board recognized not only the successful practice of the nominees in their respective professions but above all, the dedication and passion in serving the community that the judges unanimously agreed upon. Like the other nominees, the winners are sterling examples of strong-willed women, truly selfless, hard-working and certainly catalysts for change. They all made us proud as Filipino women," said Albert.