The trailer of upcoming Netflix comedy Otherhood, starring award-winning actresses Felicity Huffman, Patricia Arquette, and Angela Bassett, has finally dropped! Originally due for release last April, the film was pushed back because of Emmy winner and Desperate Housewives alum Huffman’s involvement in the college admissions scandal.

READ: The "Mulan" Live-Action Remake Teaser Is Out, And We're Hoping It Brings Honor To The Original!

Hey Everybody you good? Moms are Coming to Town August 2. #Otherhood

Otherhood is about three moms—Helen, Gillian, and Carol—who decide to ambush their sons in New York City after being collectively being forgotten on Mother’s Day, and the hijinks that ensue. What began as a quest to reinforce motherhood—“We’re not on vacation,” Huffman’s character says, “We are on a mission,”—becomes a journey of rediscovery.

This is the first time these three powerhouse actresses are appearing in a film all together, so we're naturally excited! Oscar winner Patricia Arquette, who plays Gillian, had nothing but good things to say about both her costars, calling Bassett “a force of nature” and Huffman “fast and agile.” She also mentions how strong the chemistry is among the three of them, and that is definitely seen in the preview.

Caught the sunset while driving back after a day of work on Otherhood, with the amazing @ImAngelaBassett and @PattyArquette. pic.twitter.com/c42jS7r9EU

The two-minute trailer features dancing, pizza, and a crazy road trip, but also heartfelt, genuine connection between the mothers and their sons, and among each other. Otherhood is created by the same team behind female-led comedies Sex and the City and Bad Moms, so viewers are guaranteed a fun time. 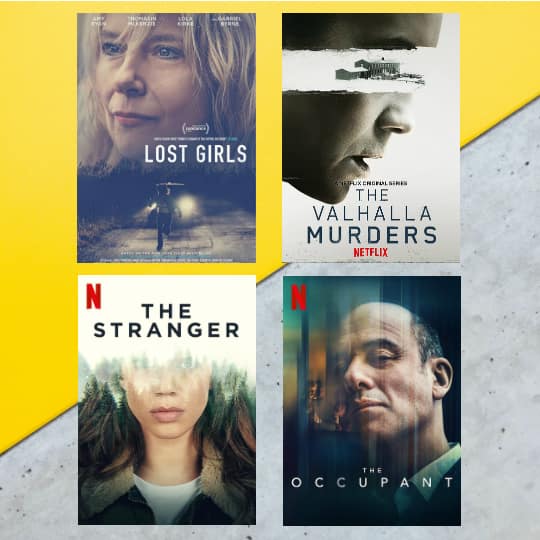 From True Crime to Mystery and Suspense, Here Are 4 Netflix Shows to See: 'Occupants,’ ‘The Valhalla Murders,’ ‘The Stranger,’ and ‘Lost Girls’