This has been quite a challenge to put together, what with the super long list of Koreanovelas that Filipinos have been fans of. The K-Drama fans who have been interviewed and consulted for this feature have different tastes and preferences, which make this list interestingly varied. While there are a lot more recommendations, it’s great to start with these K-Dramas that represent various genres, and are sure to get you bitten by the Koreanovela bug.

From unique plotlines to the beautiful characters to the excellent production quality, these K-Dramas are definitely part of every fanatic’s must-watch list:

This is the love story of a self-centered and unfriendly CEO of a conglomerate (which runs a department store and a hotel) and a low-spirited woman who, after an accident, gets the ability to see ghosts and has since had difficulty living a normal life. She works at the mall he owns. When their paths cross, she realizes that when she touches him, the ghosts that she sees banish. When he finds out her ability, he keeps her close to him, because he wants to communicate with his dead girlfriend, who is assumed to have been kidnapped, hoping to retrieve his mother’s diamond necklace which he gave as ransom. 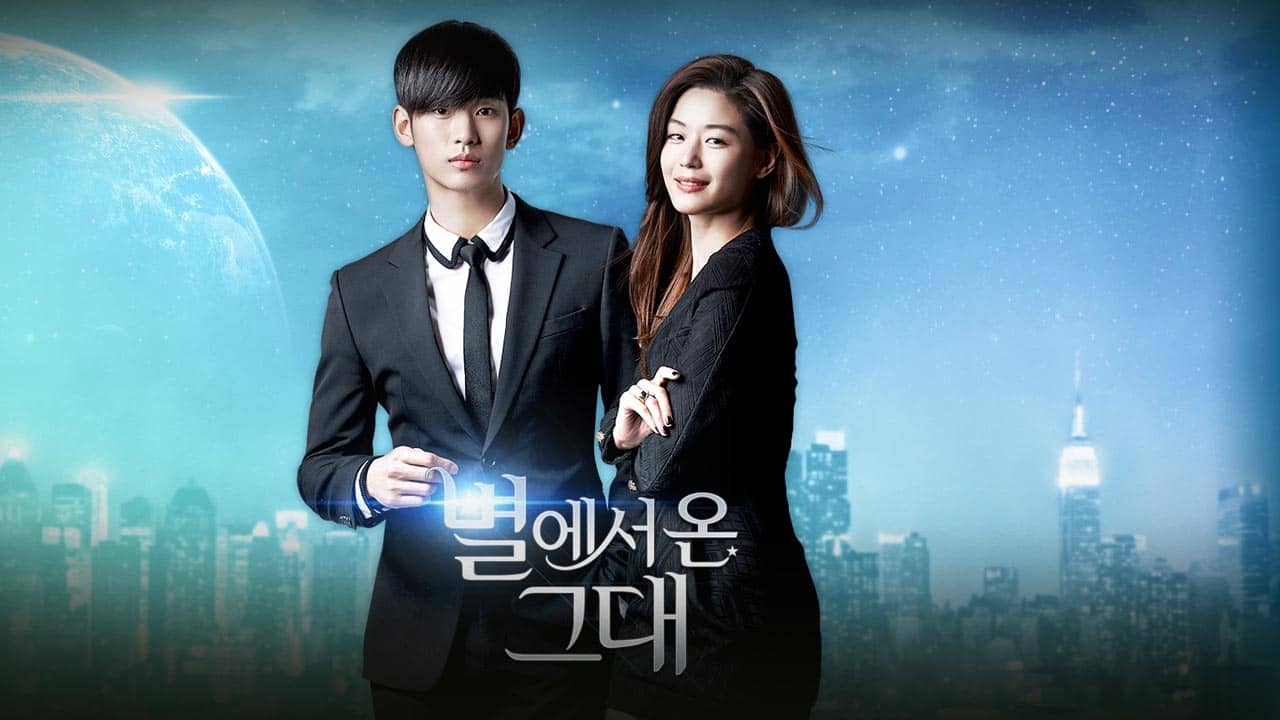 400 years ago, an alien landed on Earth during the Joseon dynasty period. He is a good-looking alien with special powers: he can teleport, stop time, do telekinesis, is super strong, and can hear things even from afar. In the modern-day setting, he is a college professor. He meets a famous actress, who happens to be his next-door neighbor. They become close as he finds himself amused with her crazy yet endearing personality. They fall in love, but there’s a catch: he only has three months left before his immortality comes to an end and he makes his way back to his planet.

The plot revolves around the lives of rich high school students who are set to take over their families’ business empires. The male lead is an heir to a conglomerate who was exiled to the US by his brother, while the female lead is a daughter of a housekeeper who also went to the States to look for her sister while hoping to have a better life there. The two meet and grow fond of each other until she is told that he was supposedly engaged. Saddened by that discovery, she returns to Korea, with him following her shortly after. Their love story continues amidst high school drama and family problems. 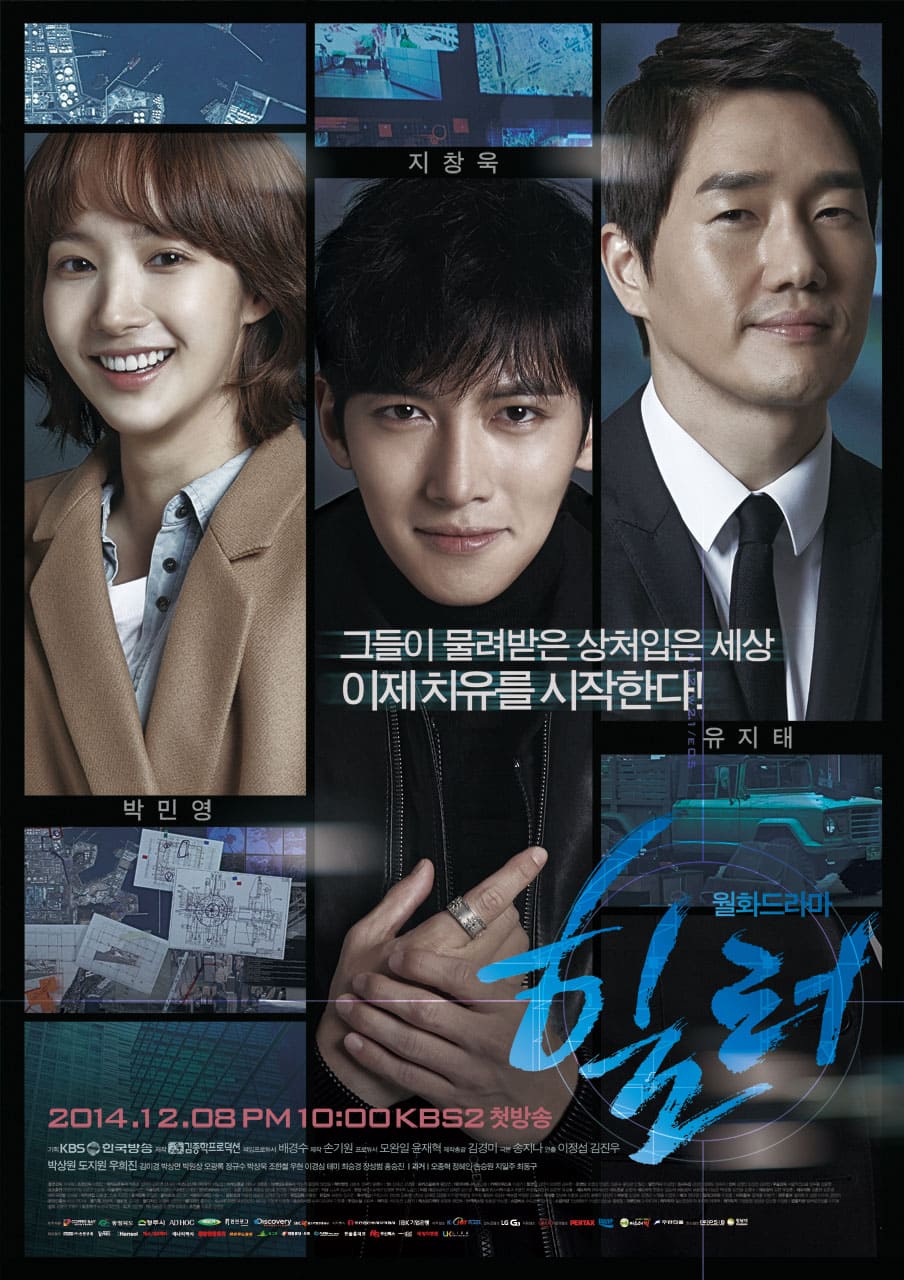 The female lead suffered a traumatic childhood and, as a result, she gets panic attacks whenever she sees violence. She is an Internet news reporter who dreams of becoming a well-known reporter. When she chances upon a big controversial case to cover, she meets this guy, a “night courier” who goes by the alias “Healer.” He is very skilled in fighting, and this ability would later come in handy as he tries to protect her from those who want to kill her. 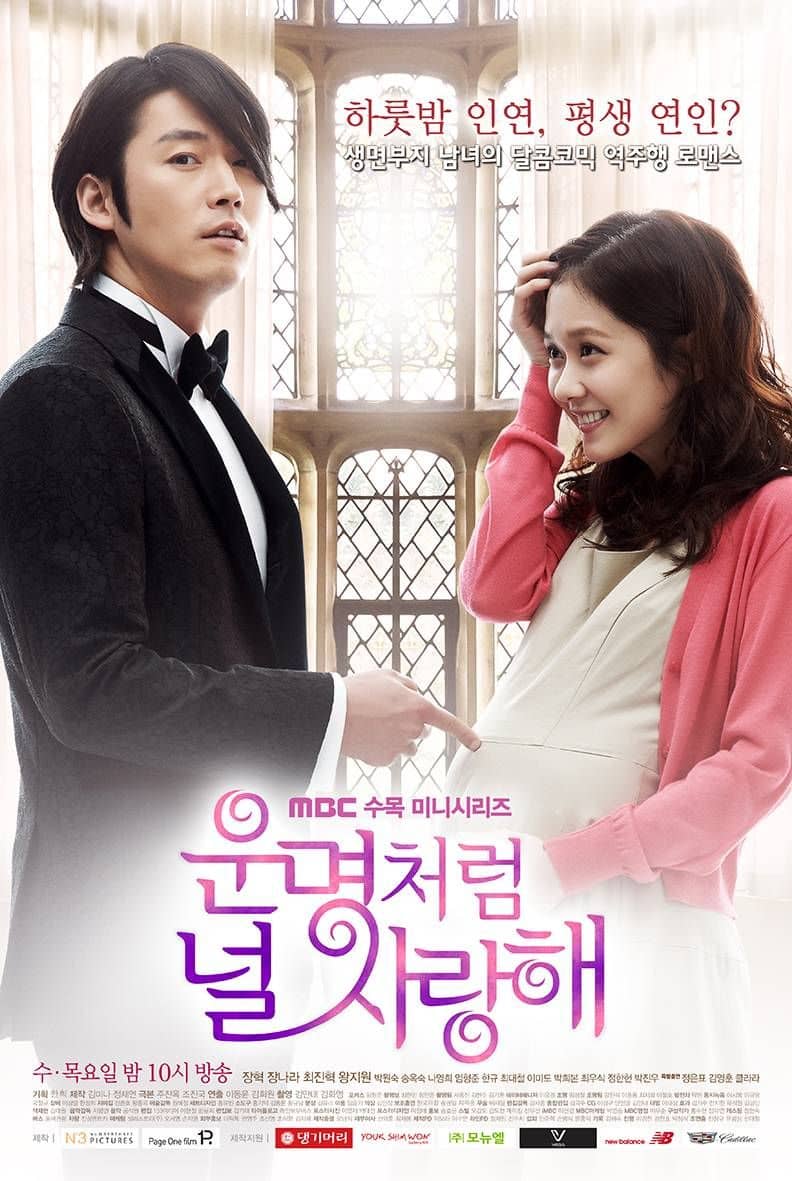 An heir to a large family company and a timid secretary in a law firm cross paths when they check in a hotel at the same time, where they both happen to have been intoxicated by a laced drink. By mistake, she goes into the wrong hotel room (his room!), and she ends up sleeping with him. She gets pregnant, and they try to face this responsibility together.

This timid girl is an assistant chef with no self-confidence and no friends. She works at the restaurant of a confident star chef. She has the ability to see ghosts, and later gets possessed by a lustful ghost who believes the only way for her to move on to the afterlife is if and when she loses her virginity. In the body of the female lead, the ghost goes on seducing the male lead. And because she is possessed by the ghost, she has adopted her confidence and dynamic personality, which is a welcome surprise for him. As the two human beings go from colleagues to lovers, a mystery surrounding the death of the ghost character presents conflicts to the story.

He was a General during the Goryeo era, who ends up getting killed by the King. His sword, which was used to kill him, is stuck in his chest as he lives as a 939-year-old immortal goblin and protector of souls. He is in search of the “goblin’s bride,” that one woman who can see the invisible sword stuck on his chest and has the ability to pull it out; he wants to finally put an end to his immortality since he feels it’s a curse to live on while his loved ones all throughout the years have passed away. His “bride,” the female lead, is a bubbly high school student who can see ghosts. Several encounters lead to them falling in love with each other, while he finds himself torn between wanting to end his immortality and staying with her.

He is the captain of a South Korean Special Forces Unit. She is a doctor. They meet by chance, and hit it of immediately. They begin to date, but they realize they are so different from each other so they break up, only to reunite in a totally unexpected place. They then develop a romantic relationship in the midst of a war, an earthquake, and an epidemic in a foreign country.

This K-Drama tells the story of a con artist and a mermaid, who, in their past lives during the Joseon era, were lovers. Their reincarnations in the modern-day setting cross paths again in Spain, where they get to spend time with each other. However, an unfortunate incident would separate them again, with her using her mermaid ability to erase his memory. She follows him to Seoul, and must make him fall in love with her as soon as possible lest her heart will stop. 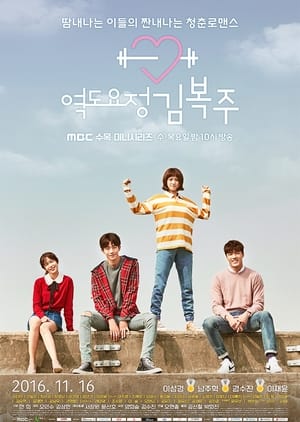 This coming-of-age sports drama follows the story of a group of college athletes, focusing on the two characters who happen to be childhood friends. The female lead is a vibrant and driven weightlifter who, beneath her tough exterior, is actually a girly girl within. The male lead, on the other hand, is a swimmer who, despite his playful personality, has a drama-filled family background. The two reunite in school and fall in love while they each try to get closer to their dreams.

If you fell in love with Hyun Bin from the current trending K-Drama Crash Landing on You, then you MUST watch Secret Garden (2010). It stars Hyun Bin as Kim Joo-won, a good-looking and smart young man from a wealthy family. He meets Gil Ra-im (portrayed by Ha Ji-won), a stunt woman whose feisty personality immediately catches Joo-won's attention. Ra-im is a fan of singer Oska (portrayed by Yoo Sang-hyun), who happens to be Joo-won's cousin. An event later leads to Ra-im and Joo-won chancing upon a "secret garden." The following day, they wake up with a shocking twist: their souls have been switched!

What The String Of Suicides In South Korea's Entertainment Industry Reveals, And Who We've Lost