The striking Filipina stuns in an icy metal gown representing one of the Philippines’ finest treasures. Also, see some of the honorable mentions at the National Costume competition.

The battle for the crown and the universe just got tougher with the National Costume Competition of the Miss Universe 2019. Ninety of the most beautiful and philanthropic women of the universe championed their country’s national costume in ways we did not expect!

Reigning from the Philippines, Gazini Ganados flew across the Pacific and landed at the competition with an eagle-inspired gown. Designed by Cebuano couturier Cary Santiago, collaborates with Gazini on all of her pageant gowns, the two have been designer and muse since Binibining Pilipinas. Cary's exemplary design and construction are seen on the precise laser cut patterns of the gown. The impeccable fabric manipulation is heavily emphasized as Gazini struts on the runway. With two eagles sitting on Gazini’s shoulders, this queen is poised to be unstoppable.

See a closer look of Gazini's eagle enchantress gown on the Instagram posts below: “There is an eagle within me that wants to soar.” 🦅 It is with deep honor to showcase our national pride during the Miss Universe National costume show, the Philippine Eagle whose strength, power, and love for freedom exemplifies the Filipino people. Created by the master couturier Mama @carysantiago @carysantiago7 ❤️ Proud to have showcased your masterpieces in the Miss Universe stage. Your passion, dedication, and love for our country is admirable. ❤️ Here’s How To Vote for Best in National Costime Award. 1. Log in to vote.missuniverse.com 2. Click VOTE NOW. 3. Find and click National Costume. 4. Choose and Vote Miss Philippines #70 Credits to the rightful owners of the photos ❤️ #MissUniverse2019 #MissUniversePH #Philippines #MissUniverso #MissUniverso2019 #GaziniGanados #GaziniGanado5 #ForThePhilippines

|🇵🇭| I believe Miss Philippines @gazinii also wore one of the best costume at national costume show 😍✨. I believe her costume was so regal and iconic, it looked bit heavy but I think she handled it well. GODDESS GAZINI REALLY LOOKED LIKE A GODDESS 😍✨. #binibiningpilipinas #gaziniganados #missuniverso #missuniverse2019 #missuniverse #missphilippines #missuniversephilippines

Inday Gazini in Philippine Eagle 🦅 inspired National Costume designed by the one and only “CARY SANTIAGO” 🇵🇭 So intricate! #GaziniGanados #MissUniverse2019 #MissUniverse #ForThePhilippines

Some honorable mentions from the National Costume Competition are these queens representing their country’s pride and culture:

Vivid in orange, the runway glowed with Gabriela Vallejo’s presence. Miss Haiti struts in an orange festive look. The entire look is inspired by Haiti’s sought-after parades, representing the country’s extravagance when it comes to celebrating their traditions. 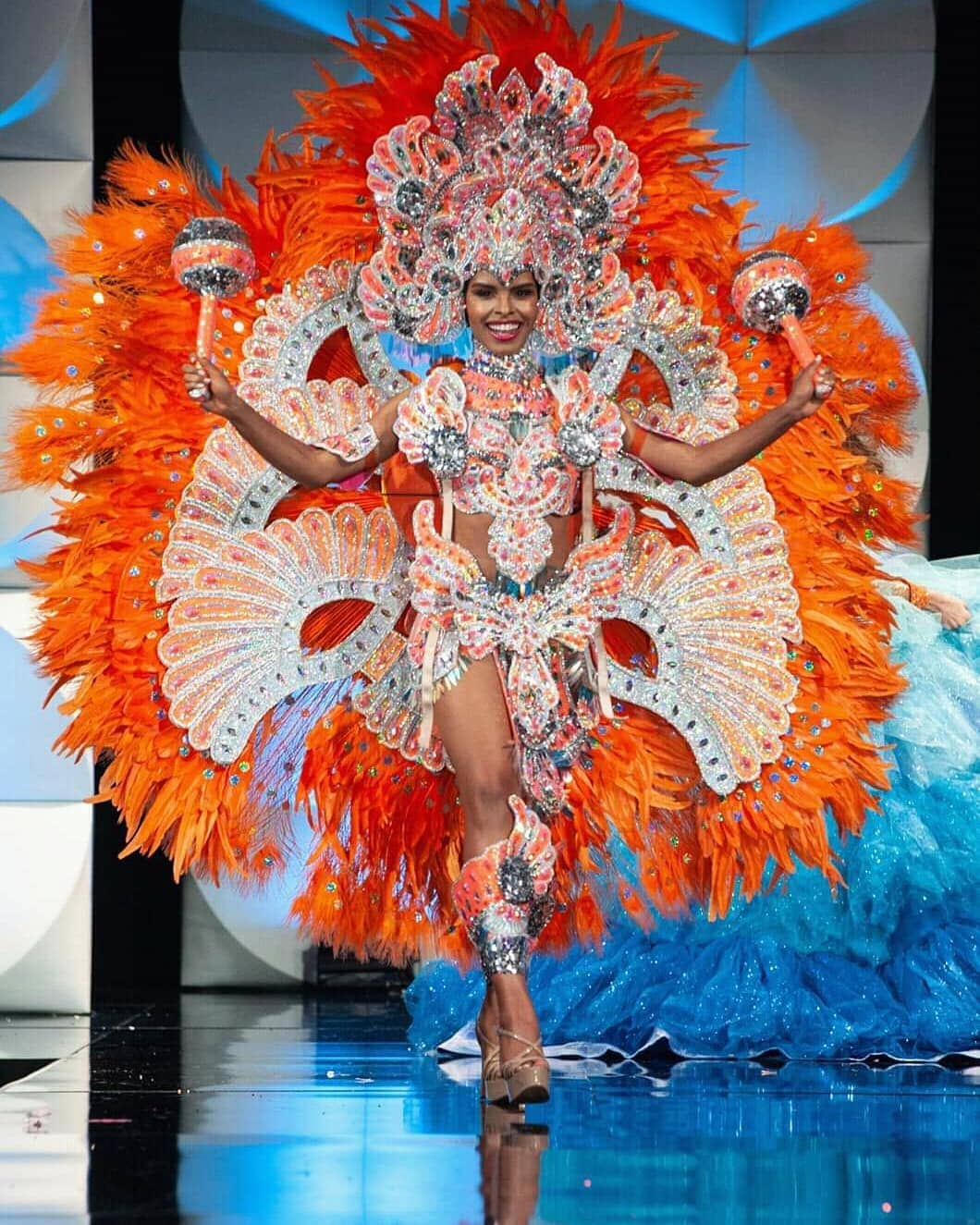 Rosemary Arauz representing the Honduras in a grand headdress and a feathered gown. We fell in awe with the gown’s authenticity when it comes to using feathers to create structure and depth.

Confident and in all smiles, Miss Portugal struts the runway and champion’s her country’s flag in a red and green cape. Sylvie Silva can for sure turn heads in this classic Miss Universe ensemble.

Ready for tea? Shweta Sekhon shares on her Instagram how she wants to represent her country with its famous cuisine. Shweta’s gown features a lot of detail from its embroidery to its impeccable execution. Need we say less? 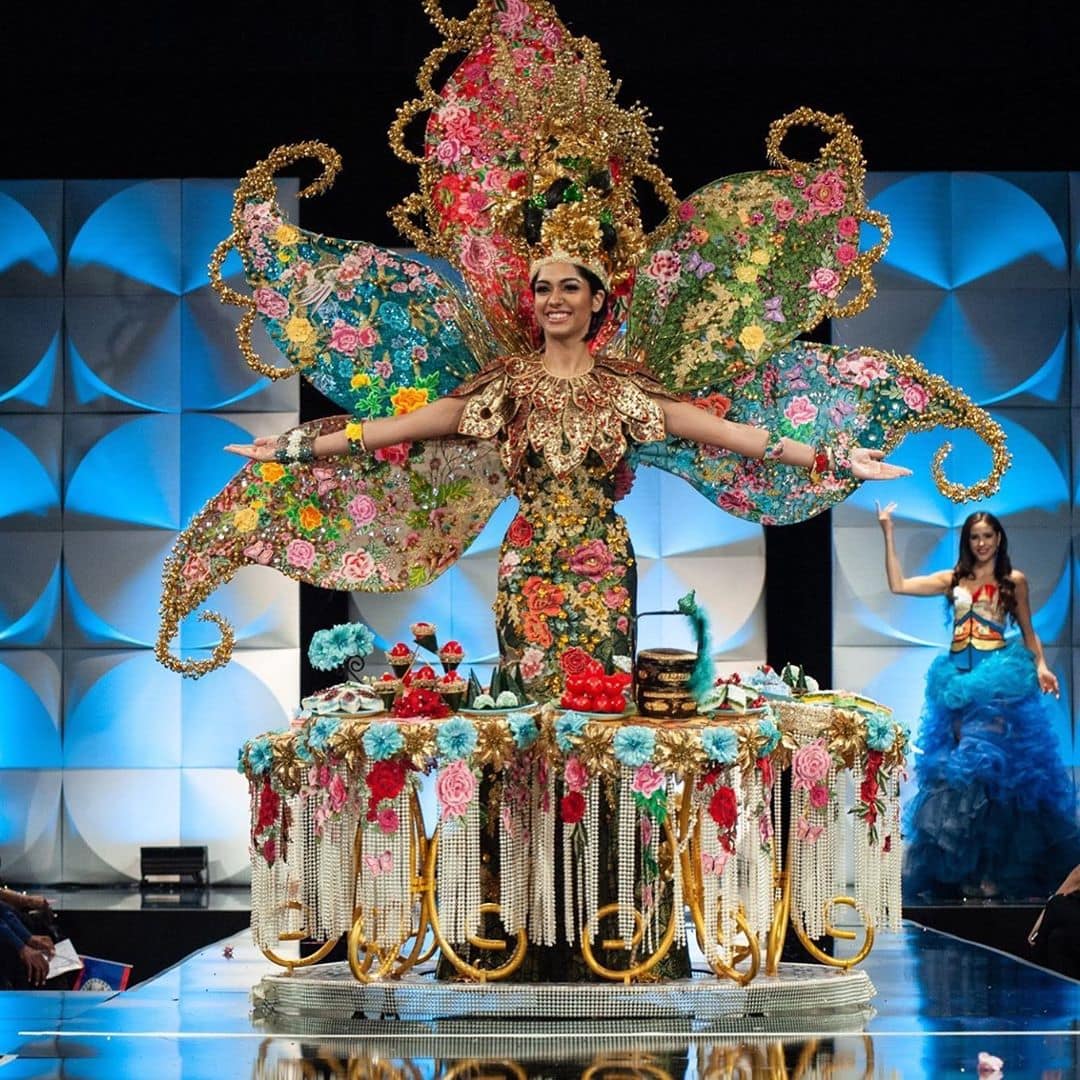 #MetroBeautyWatch: The Most Stunning Makeup Looks From Miss Universe 2019