Here's an idol who can sing, strike a pose, and represent the LGBTQ+ youth all at the same time!

Holland is not like any other artist. As one of the K-pop industry's few openly gay idols, Holland remains as a shining beacon of music and style inspiration to South Korea's LGBTQIA+ youth and his fans from the rest of the world. For Holland, his music and clothes have long helped shape and articulate his identity. After debuting in 2018, he has admittedly become more confident in presenting ideas like genderless dressing, same-sex marriage, and queer culture to the public. The artist–who took his stage name from the first country to legalize same-sex marriage–isn't very much interested in smoke and mirrors. He's the type to bare it all when other people advise him to hide. He's the artist who can say it all when other people try to quiet him down, and most importantly, he dresses up the way he wants to when other people try to put him in a box.

If there's one thing we most admire about Holland it would be his unapologetic queerness when it comes to his art, music, and sense of style. Heavily inspired by the likes of Rihanna, Kanye West, Tyler the Creator, and South Korea's very own musical beast G-Dragon, Holland aims to give the LGBTQIA+ youth a role model they can freely look up to. His main goal as an artist has always been to put a spotlight on queer life and what better way to do that than to be visible and present for his community.

In the gallery down below, we try our best to capture and bring justice to Holland's inspiring career through picking his top 20 in-real-life, on-stage, and editorial fashion moments. From his everyday looks from Burberry and JW Anderson, the time he starred with a barely-there top and biker shorts for South Korean-owned fashion label Sundae School, his lacy runway show look for Ann Demeulemeester, his show-stopping moment at Christian Louboutin's store opening in Seoul, to the time when he sported head-to-toe looks designed by Clare Waight Keller for Givenchy, we promise that you will be fanning over Holland and his fashion right after you view what we have for you down below. Take time to get to know this rising star because he won't be going outside our radar anytime soon. 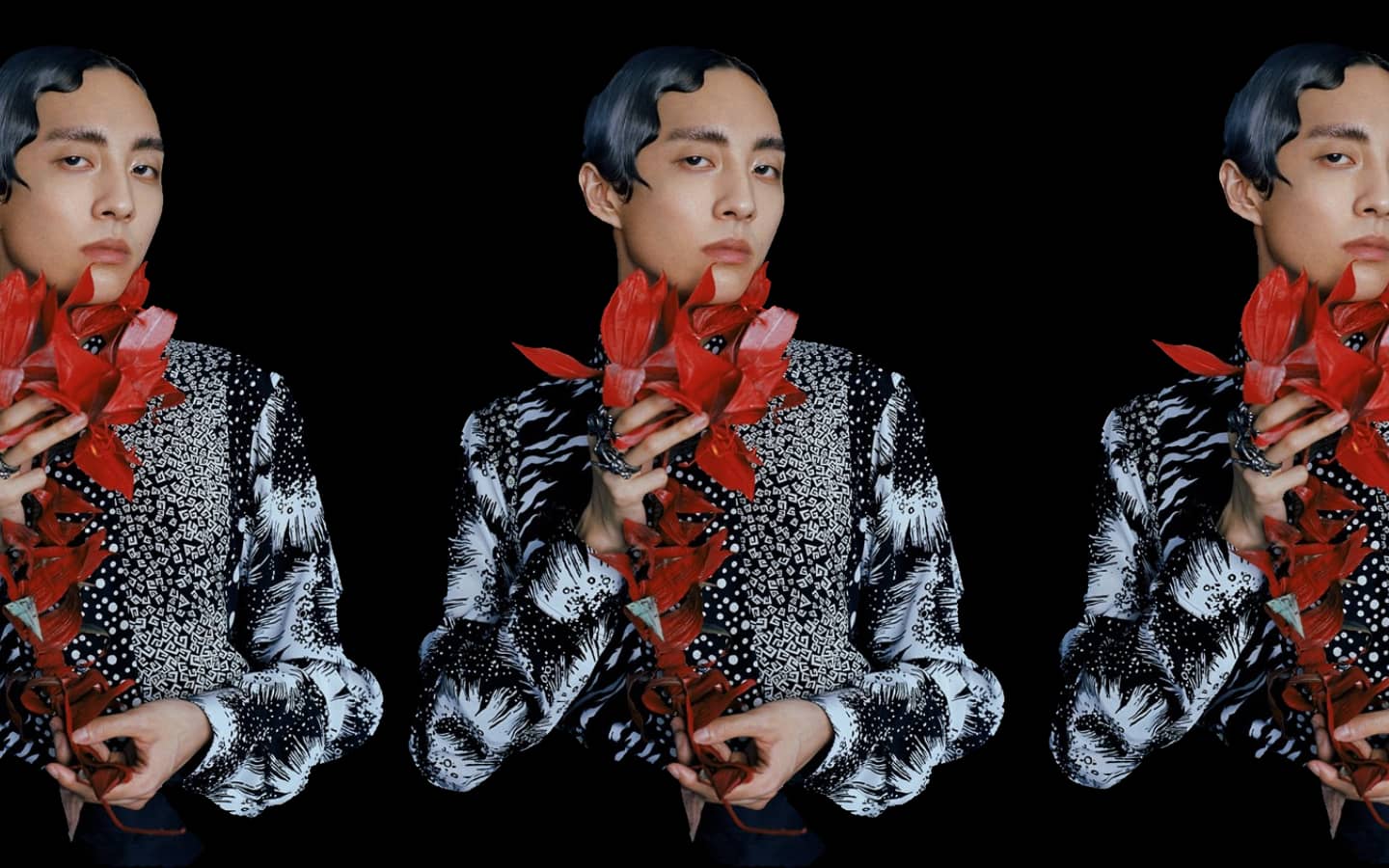 This look sums up how defying Holland's sense of style is. For Sundae School's most recent campaign, Holland wore a tie-up top and a pair of biker shorts like a true queer icon. Need we say less?

Just like any other fashion person, Holland is a sucker for Chanel. This photo describes how obsessed he can be with these quilted classics.

Graphic tees are a must when you want to make an effortless statement. Just throw a black suit ensemble on to dress it up and you're good to go.

Holland in Ann Demeulemeester coming right up! For the brand's Paris Fashion Week runway show, Holland wore a black lace and leather ensemble that are oh so feminine and masculine at the same time.

If you can wear five shades of blue and green would you do it the Holland way?

Here's our sweetheart in a head to toe ensemble from JW Anderson.

For his cover shoot with GQ Korea, Holland donned everything he can think about and he pulled it off as per usual. From argyle sweaters, mushroom hats, coats on coats, plaid blazers, and acid wash jeans, there's no denying the fact that Holland looked like a hot mess in this cover shoot!

Did we mention that Tory Burch is hooked with this queer K-pop idol too?

Holland looks like he's about to take hundreds of outfit selfies with this casual look with the newest Ferragamo Driver shoes.

We're utterly speechless. How can you not love this daring look on him?

Another fire drip courtesy of Riccardo Tisci of Burberry, duh!

Looking like a goth and a divine being at the same time, Holland left us speechless with his poetic Givenchy looks for Dazed Korea's cover.

Send some love to Holland and follow his Instagram for more of his out of this world looks.

The Asian Drama Stars Who Attended Fashion Week Over The Weekend—And What They Wore!

Trend Alert: 10 ‘Bakya’-Looking Pairs That Will Refresh Your Wardrobe

Check Out the Latest Tech at Samsung Unpacked 2021