From model to actor to global fashion sensation real quick!

We'd risk it all for Jung Ho-yeon. She's a model, a newly-minted actress, and she's one of Jennie Kim's closest friends. Right after watching the hit TV series Squid Game, there was no turning back from our budding fashion obsession of her. It wasn't hard to see why she's been making headlines and going viral in all forms of social media. The 27-year-old model-turned-actress took us by surprise with her TV debut. Who would've thought that a drama newbie like her would get this much praise from people all over the world without even having prior experience in acting. Yes, you read that right, Ho-yeon did not start out as an actress! In fact, she began her career in modelling way before she ventured into acting.

Fresh-faced Ho-yeon debuted and became the talk of town in Seoul Fashion Week. After appearing on Korea's Next Top Model, she internationally debuted as a Louis Vuitton exclusive in 2016. Fast forward to this year, she was just named as the brand's global brand ambassador. What a full circle moment for Ho-yeon! Apart from her major stint with LV, we think its only fitting to discuss the fact that she has walked for the biggest luxury brands in New York, London, Milan, and Paris Fashion Week. From Marc Jacobs, Moschino, Burberry, Bottega Veneta, Blumarine, Jacquemus, Schiaparelli, Miu Miu, to Chanel, and more, it's insane to think that a runway star as big as her has been cruising off the radar for awhile now! Did we mention that she has been at the covers of Vogue and WKorea multiple times? It wasn't until the release of Squid Game when people actually looked into her and her heavy-hitting modeling portfolio.

In the gallery down below, we rounded up her best fashion moments whether it be on the pages of the magazine, on the runway, on the streets of the four fashion capitals, or even during her downtime. You're bound to be in the midst of a major Ho-yeon frenzy! 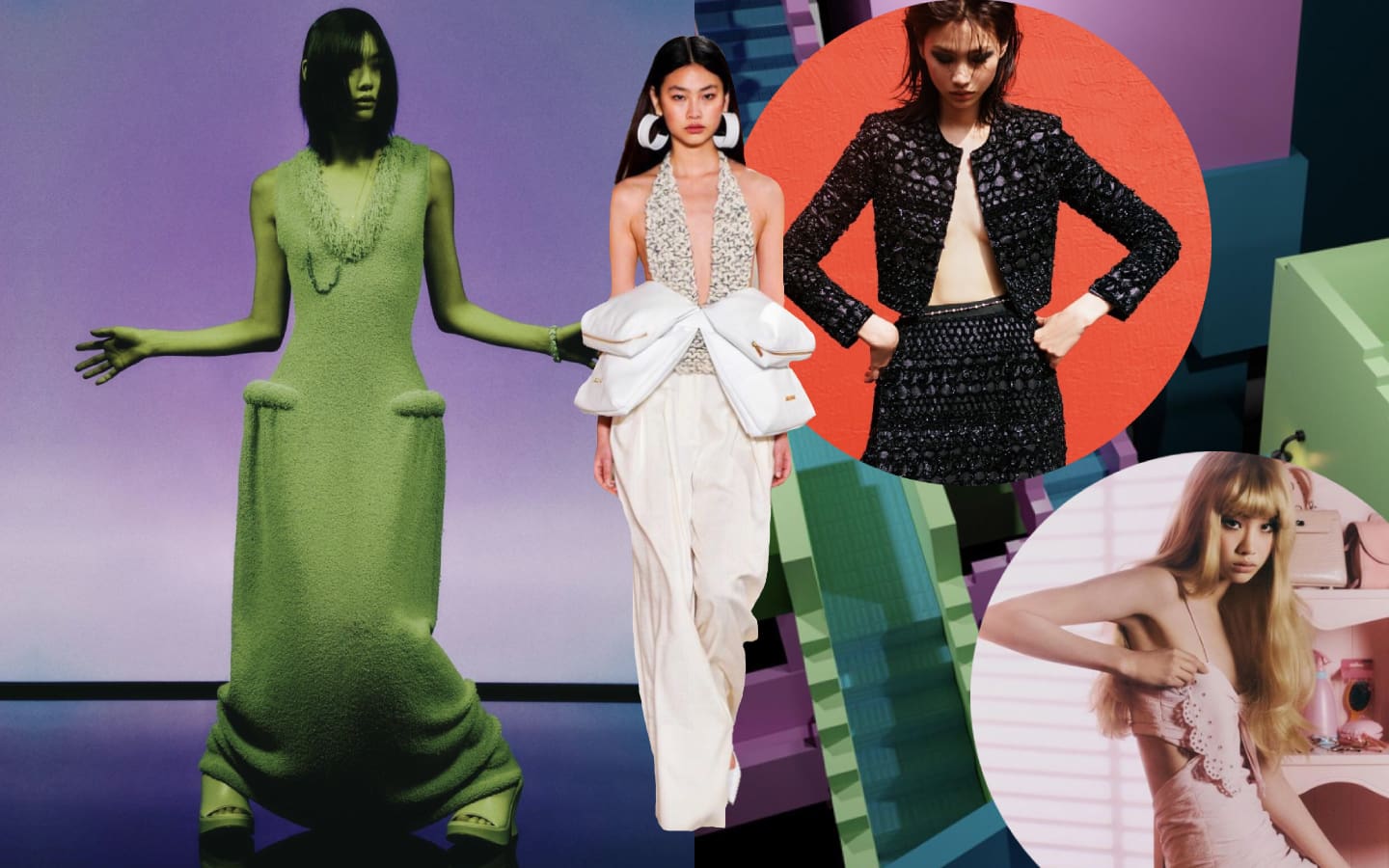 Denim tracksuits are the new thing and we're here for it.

Even during her downtime she's sporting head-to-toe Adidas. Who else loves this blue and khaki color way?

Balenciaga always comes up with the craziest outfit combinations. Here's Ho-yeon in a sparkly tank top and a pair of sweatpants.

Surprise surprise! We bet you didn't even know this was Ho-yeon. Here's her in a Bottega Veneta ensemble for Marie Claire Korea.

Looking like a Barbie in Blumarine, we're absolutely obsessed with how much of a y2k girl she looks here.

Celine on a normal day.

Ho-yeon has been a Chanel girl ever since!

Like her best friend Jennie Kim of BLACKPINK, she has been the face of the brand since she started modeling for Chanel.

Here's her in a perfume event for Chanel wearing a zinging blue tweed jacket with a leather skirt.

Sunny days are definitely meant for a cute casual Chanel look. Ho-yeon takes her cropped white tweed vest with a pair of denim jeans for a spin around a meadow.

You guessed it! She's a Dior girl too.

As one of Jennie's closest friends, of course Ho-yeon is part of the Gentle Monster family too.

Street style photos are Ho-yeon's thing. Every time she walks for fashion week, she always has her off-duty model outfits documented.

After walking for the LV for years now, Ho-yeon is finally deemed as the brand's newest global ambassador. We can't wait to see more of her in head-to-toe LV.

Now this is how you style a Miu Miu look. The brown with the pink and baby blue feels like an angel's breath.

Did we mention that she loves to wear Prada too?

Runway time! Ho-yeon not only walked for Jacquemus once but thrice.

Here's her in the pink colored field of Jacquemus' S/S 2020 collection.

And her at the S/S 2019 collection of Jacquemus as well!

She has also walked for Acne Studios! A cool brand for a cool girl.

Burberry too! Is there something she can't do at this point?

Our most recent photo of her! This was taken during her TV show guesting at Tonight with Jimmy Fallon with her fellow Squid Game actors.

It's no surprise that Ho-yeon has already graced the cover of Vogue Korea more than ten times.

She's a frequent in W Korea as well!

A darling in YSL!

What a blessed human being! Ho-yeon has our hearts under her spell.

#MetroStyleWatch: Sunshine Cruz's Guide To Looking Stylish In Your 40s