#MetroStyleWatch: All Of Our Favorite KathNiel Fashion Moments

Celebrate KathNiel's 11th anniversary through their best fashion moments as a couple.

Kathryn Bernardo and Daniel Padilla, popularly known together as KathNiel, celebrated their 11th anniversary today. The couple who has been in the industry for over a decade has starred in blockbuster films like She’s Dating The Gangster, The Hows Of Us, Barcelona: A Love Untold, Crazy Beautiful You, Hello, Love, Goodbye, Ex and Whys. On top of their success on TV and film, KathNiel also championed red carpet and in real life looks for as long as we remember. Ever since the two rose to superstardom, both Kathryn and Daniel have captivated us with their undeniable chemistry.

KathNiel is influential in fashion as individuals as they are as a couple. As everyone's favorite girl-next-door, Kathryn's looks are an inspiration to many since they are so simple yet full of personality. She likes her go-to blouse and denim jeans pairings and classic designer bags. As for Daniel, he's incredibly known for his bad boy looks! From edgy leather jackets to his quintessential '90s heartthrob outfits, Daniel is a pro at stealing our hearts with his ensembles.

Together they dominate the entertainment and fashion industry in a powerful manner. Take a trip down memory lane as we round up KathNiel's best couple outfits from their day-to-day looks, travel outfits, to their red carpet fashion moments in the gallery down below. 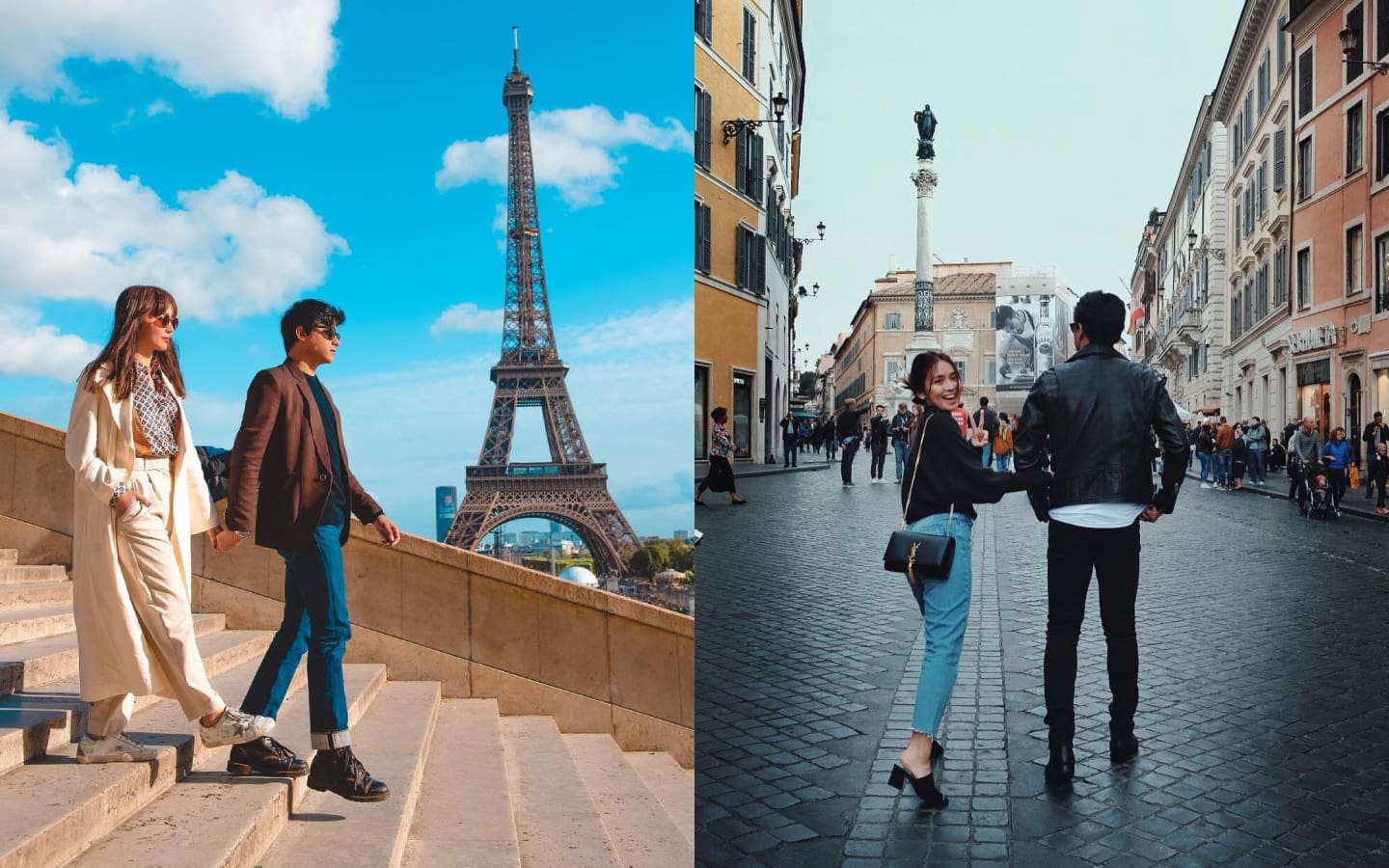 In their first year as a love team, KathNiel attended the Star Magic Ball 2012 in classic black and white ensembles. Kathryn wore a white strapless ball gown by Rhett Eala with shimmering embellishments while Daniel wore a black tuxedo from Nat Manilag. 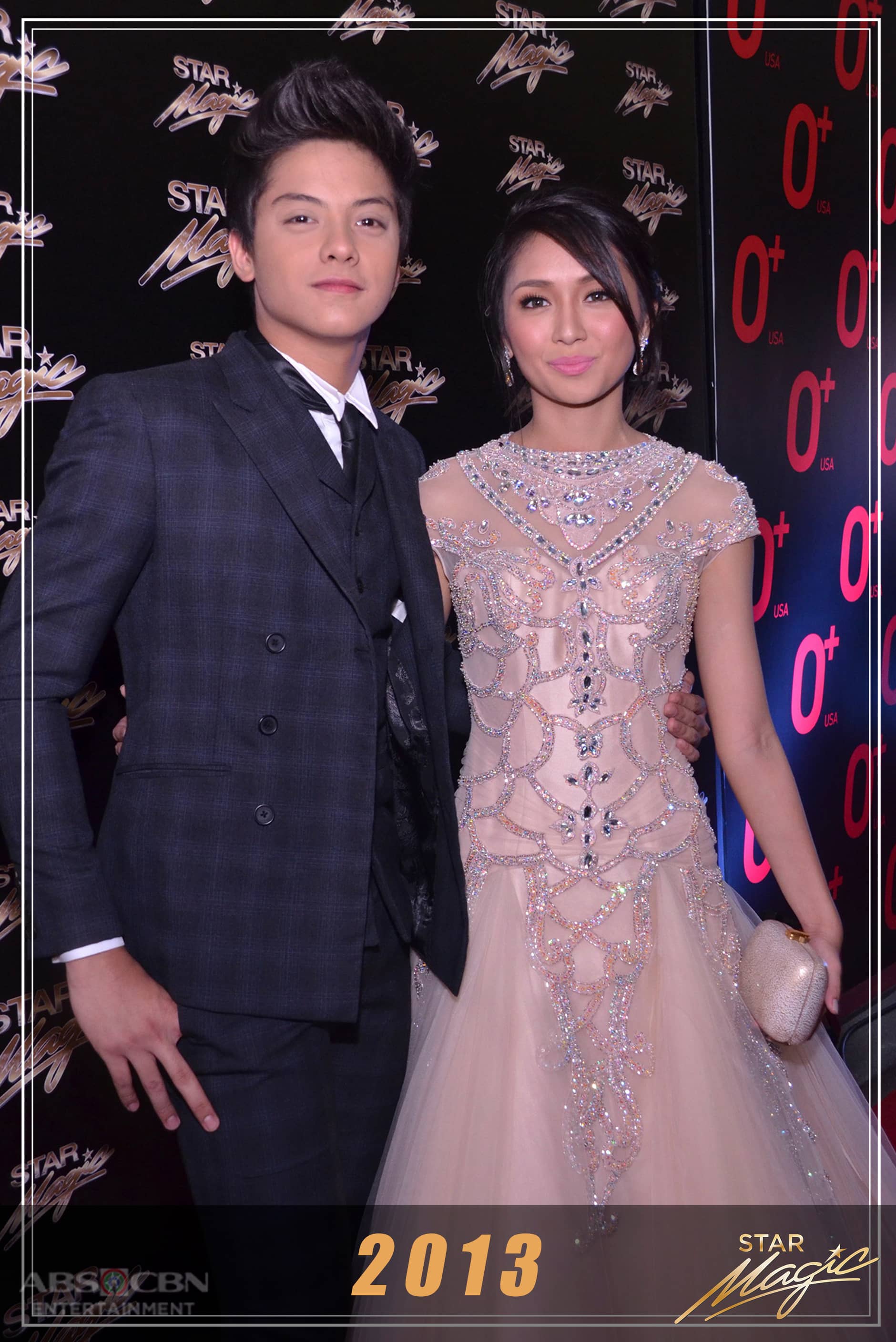 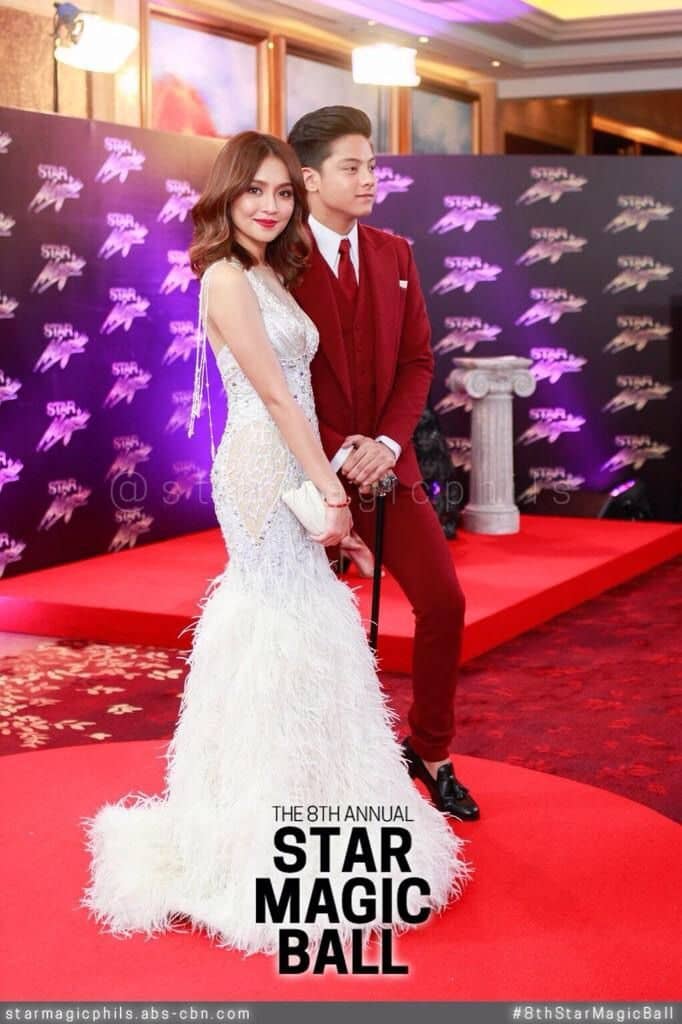 At the Star Magic Ball 2014, Daniel ditches the neutral attire in favor of a red suit designed by Joey Samnson. Kathryn continued her streak of donning white gowns, this time by Albert Andrada. 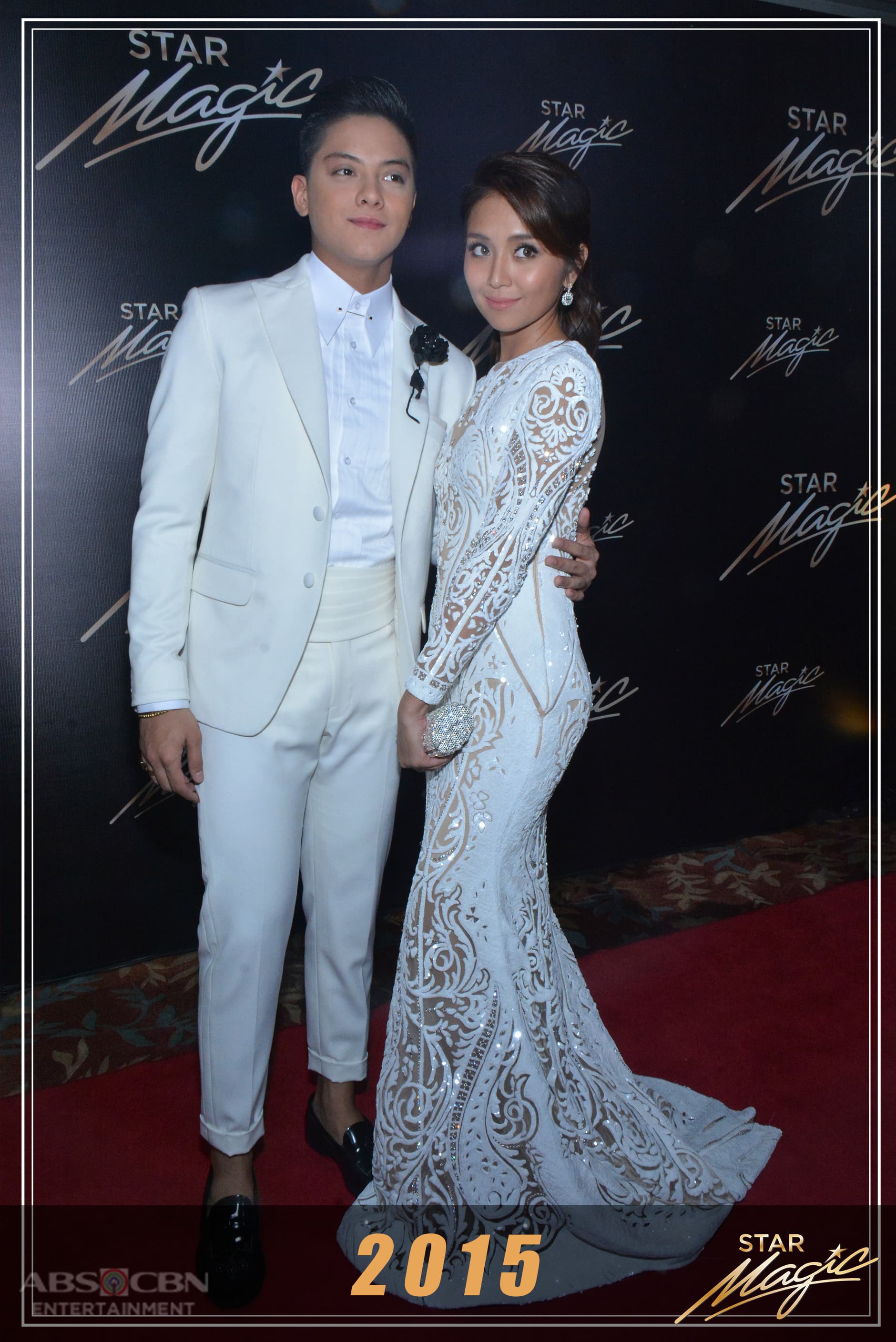 At the Star Magic Ball 2015, Kathryn wore a Michael Cinco gown and Daniel fell into line in an all-white suit, suggesting that this is their power color. 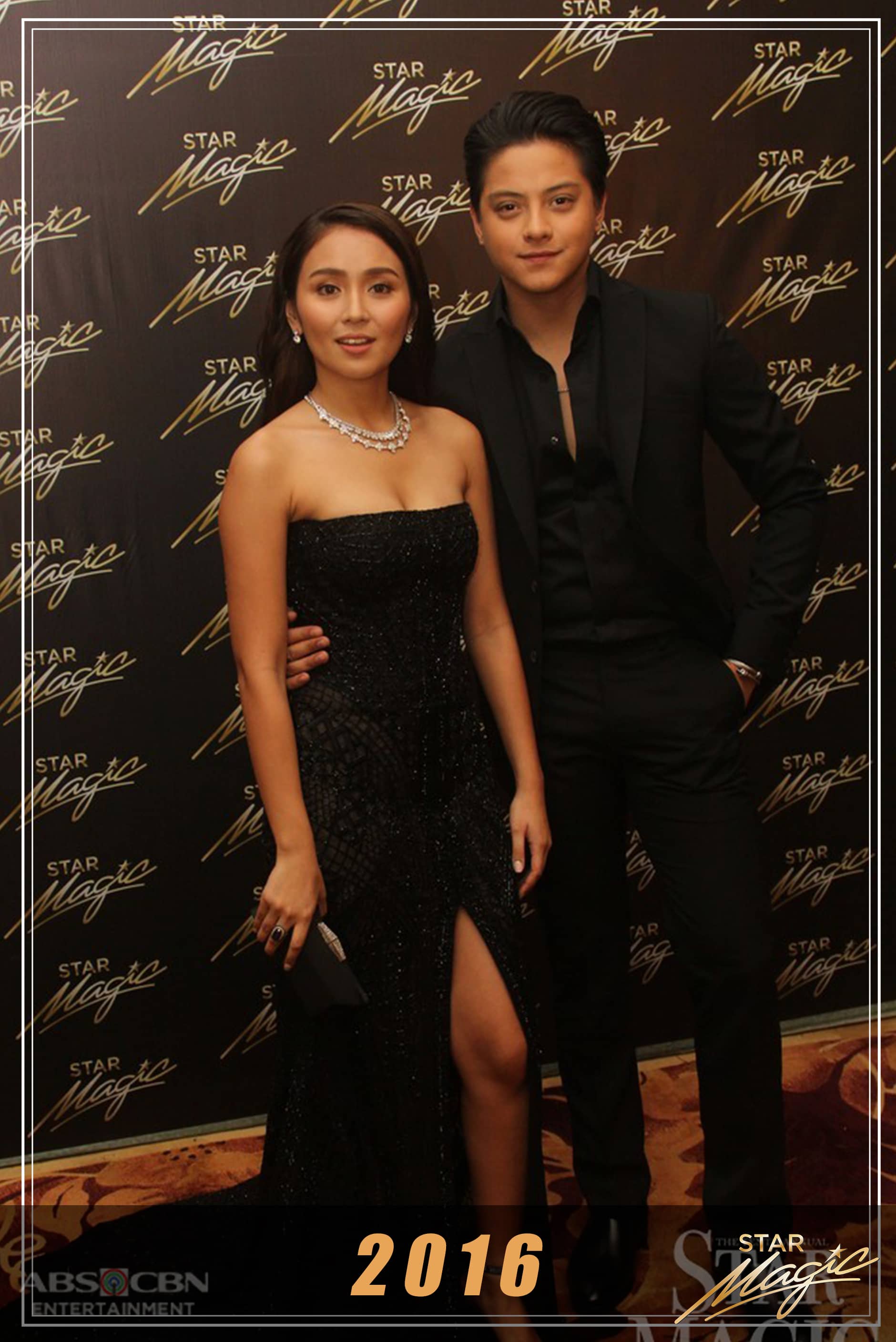 This time in black, Kathryn stunned in another piece by Michael Cinco while Daniel wore a Francis Libiran shirt and a black Joey Samson suit. This Patrica Santos gown on Kathryn simply stood out! Daniel definitely got the memo and sported an all-black ensemble with a velvet jacket, a red pocket square, and retro eyewear at the Star Magic Ball 2017. 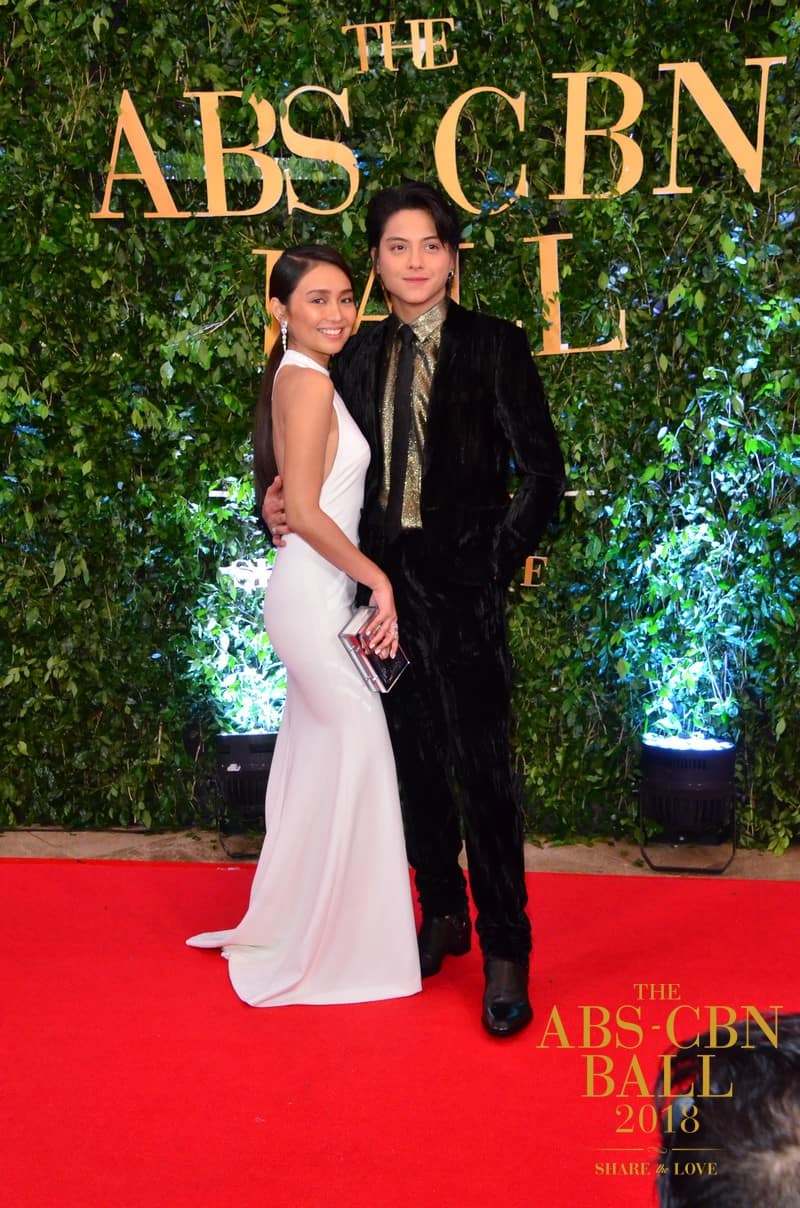 At the 2018 ABS-CBN Ball, Kathryn dazzles in a white gown by Jun Escario, while Daniel wore a black and glamor ensemble. KathNiel definitely took inspiration from their iconic 2012 Star Magic Ball look. 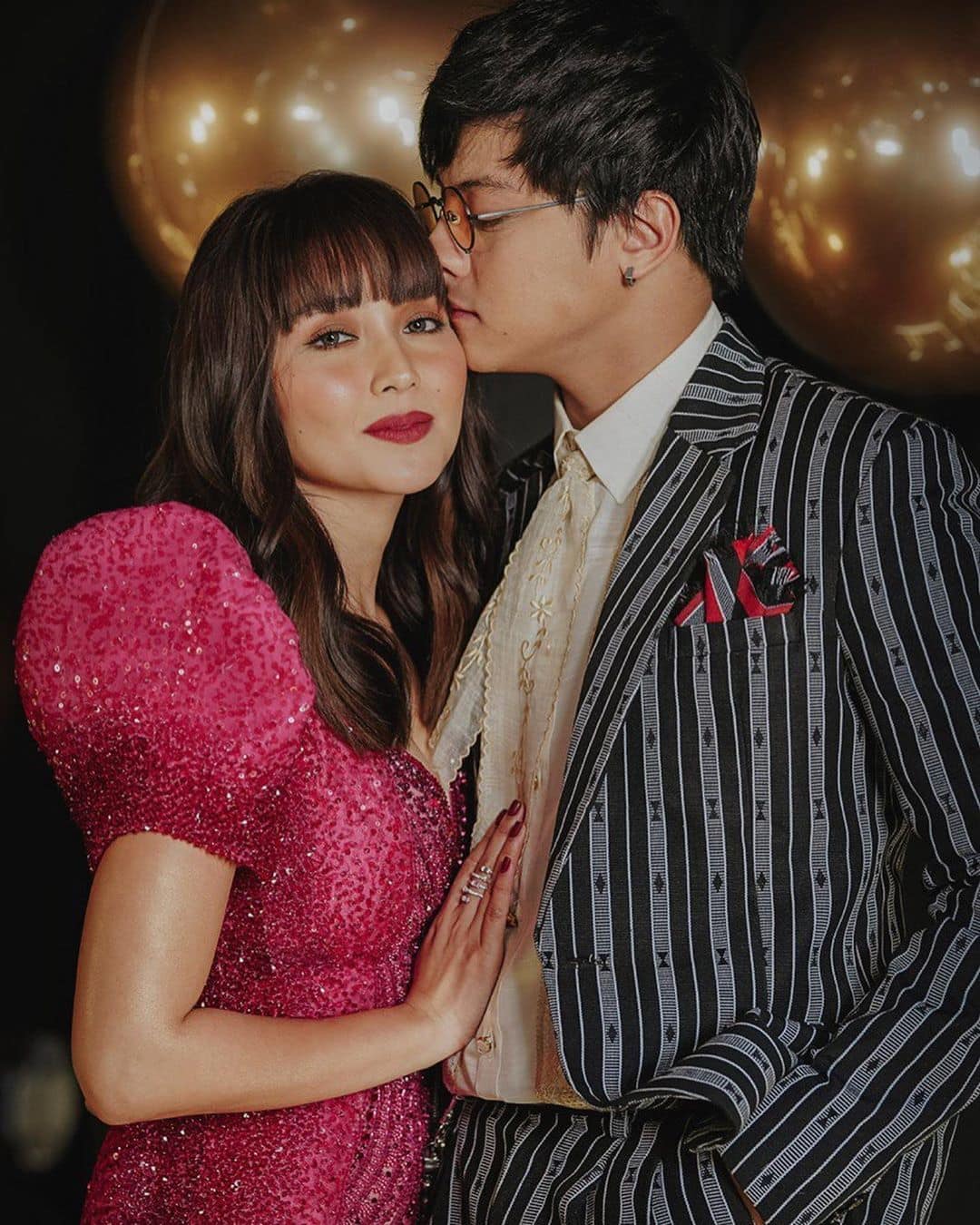 At the 2019 ABS-CBN Ball, the pair displayed more color than ever as they walked the carpet in a fuschia Michael Cinco gown and a gray suit on top of a barong. Red perfectly suits the pair as they don matching ensembles at ASAP in celebration of Star Magic’s 25th anniversary. 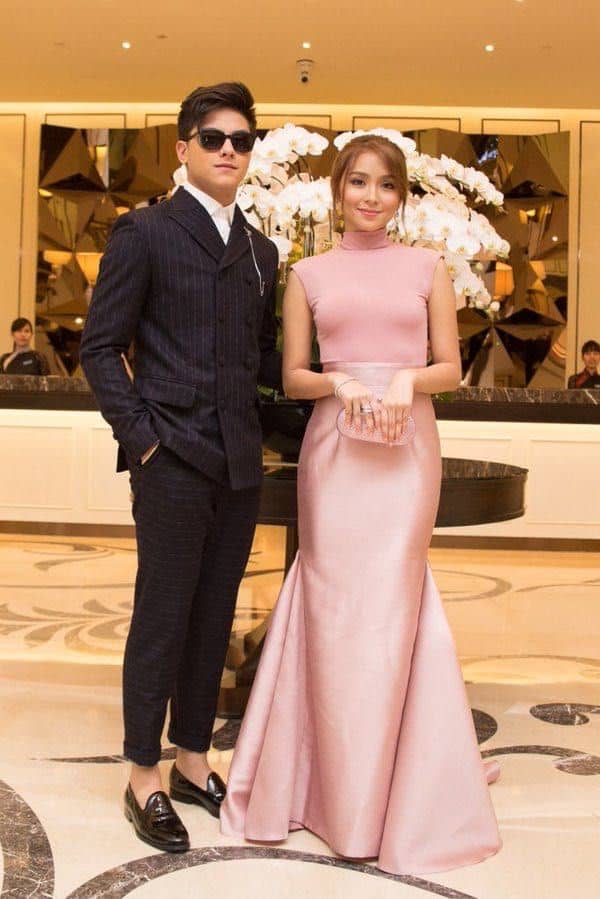 KathNiel glamorously accepted their award as favorite foreign actor and actress at the Blue Star Awards 2017 in Vietnam. Kathryn made heads turn with her soft pink look. Daniel simply looked dashing with his a black striped suit. 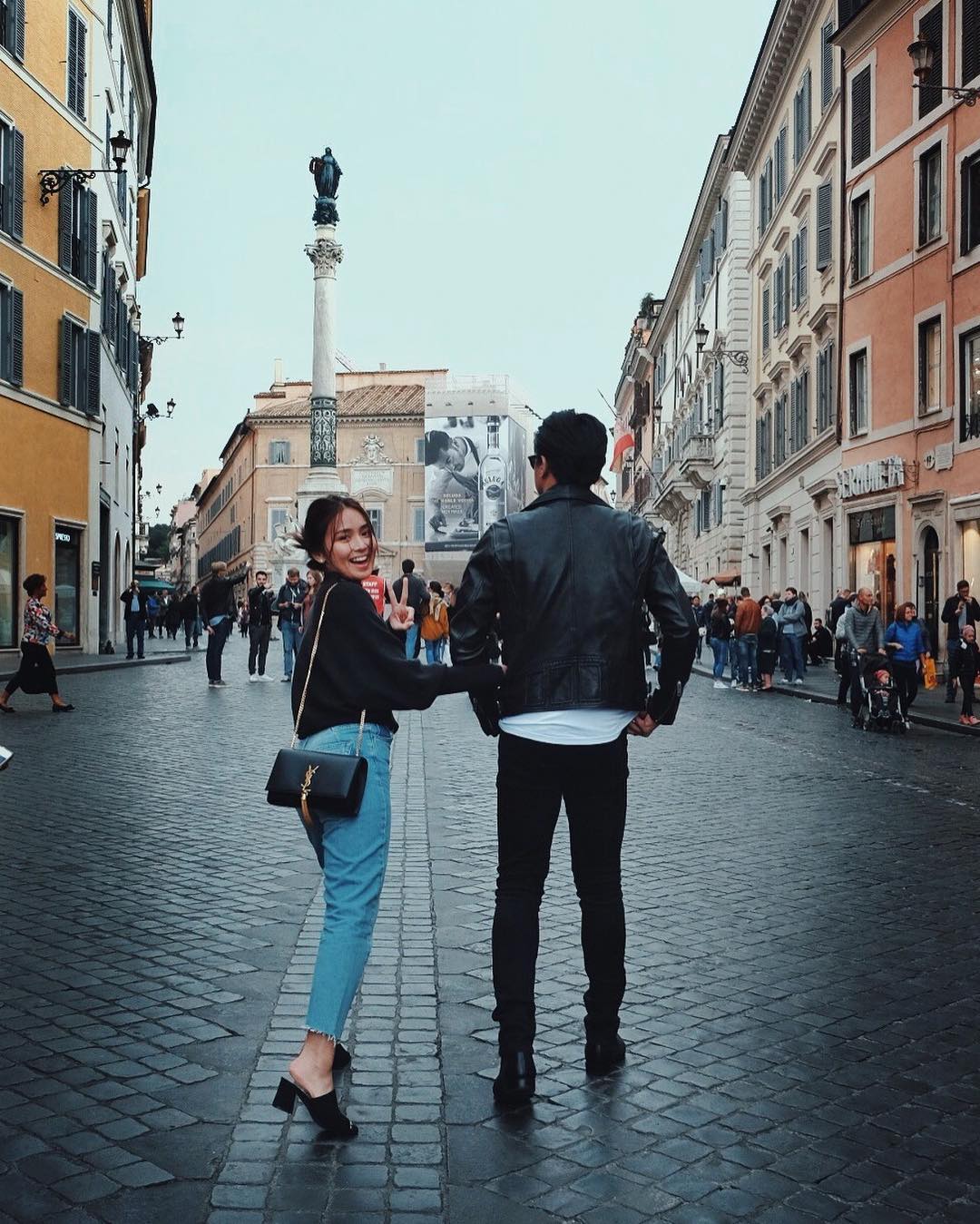 Holding hands with her beau, Kathryn walks down the street wearing Primadonna heels and a YSL handbag. Daniel complements her outfit by wearing his classic bad boy outfit. 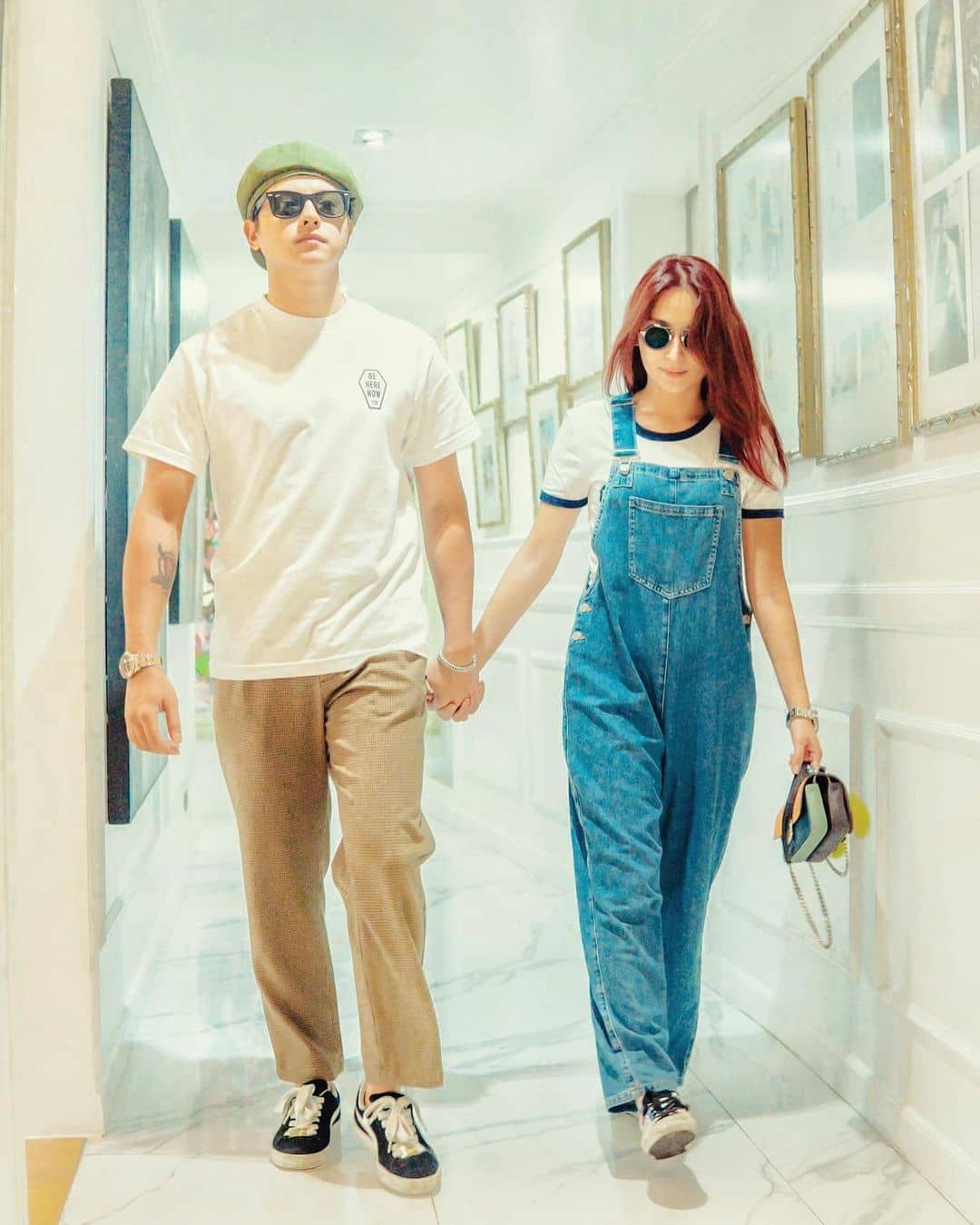 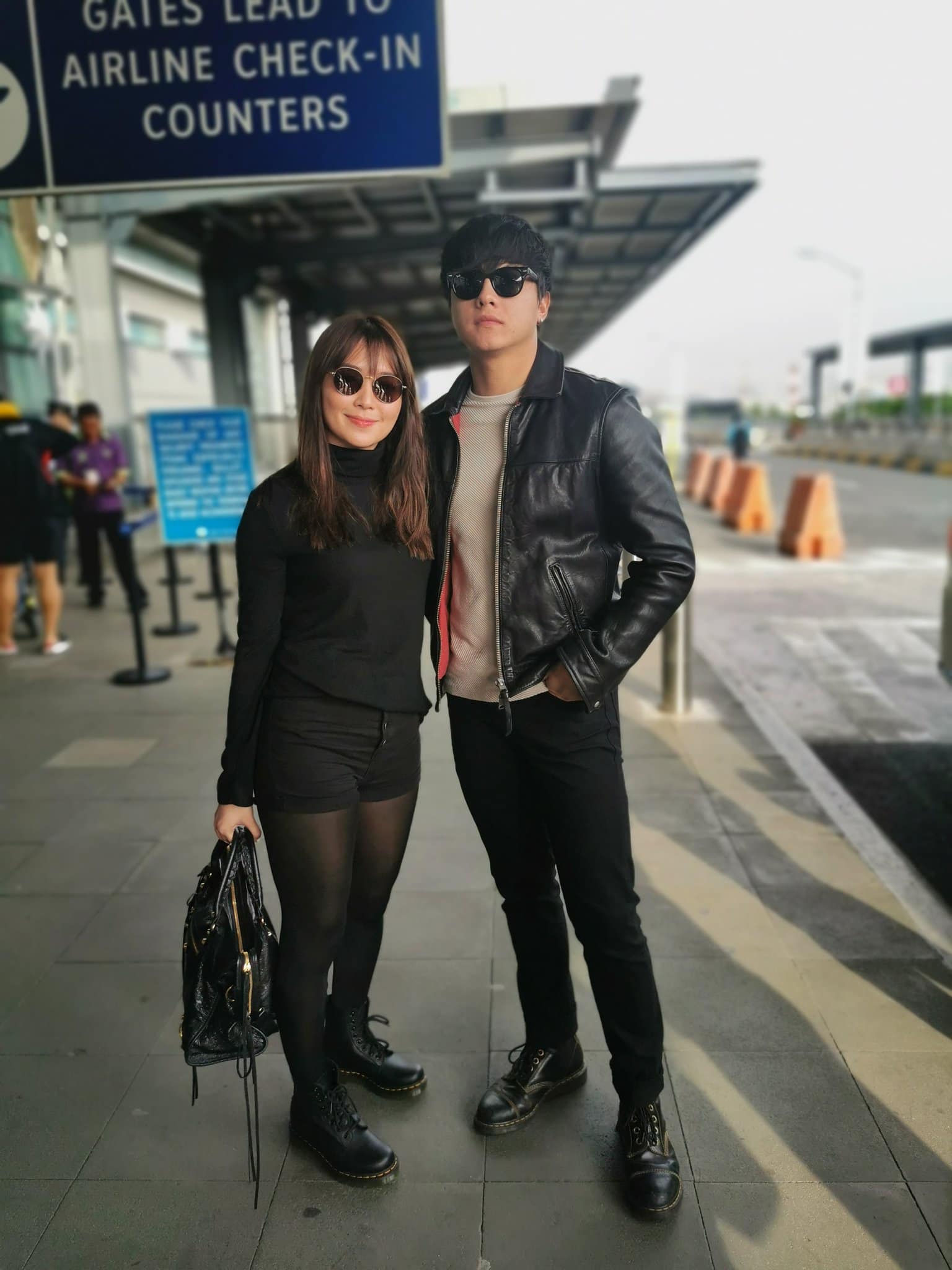 The couple matched in style while going all out in black as they fly to Italy for ASAP in Rome. 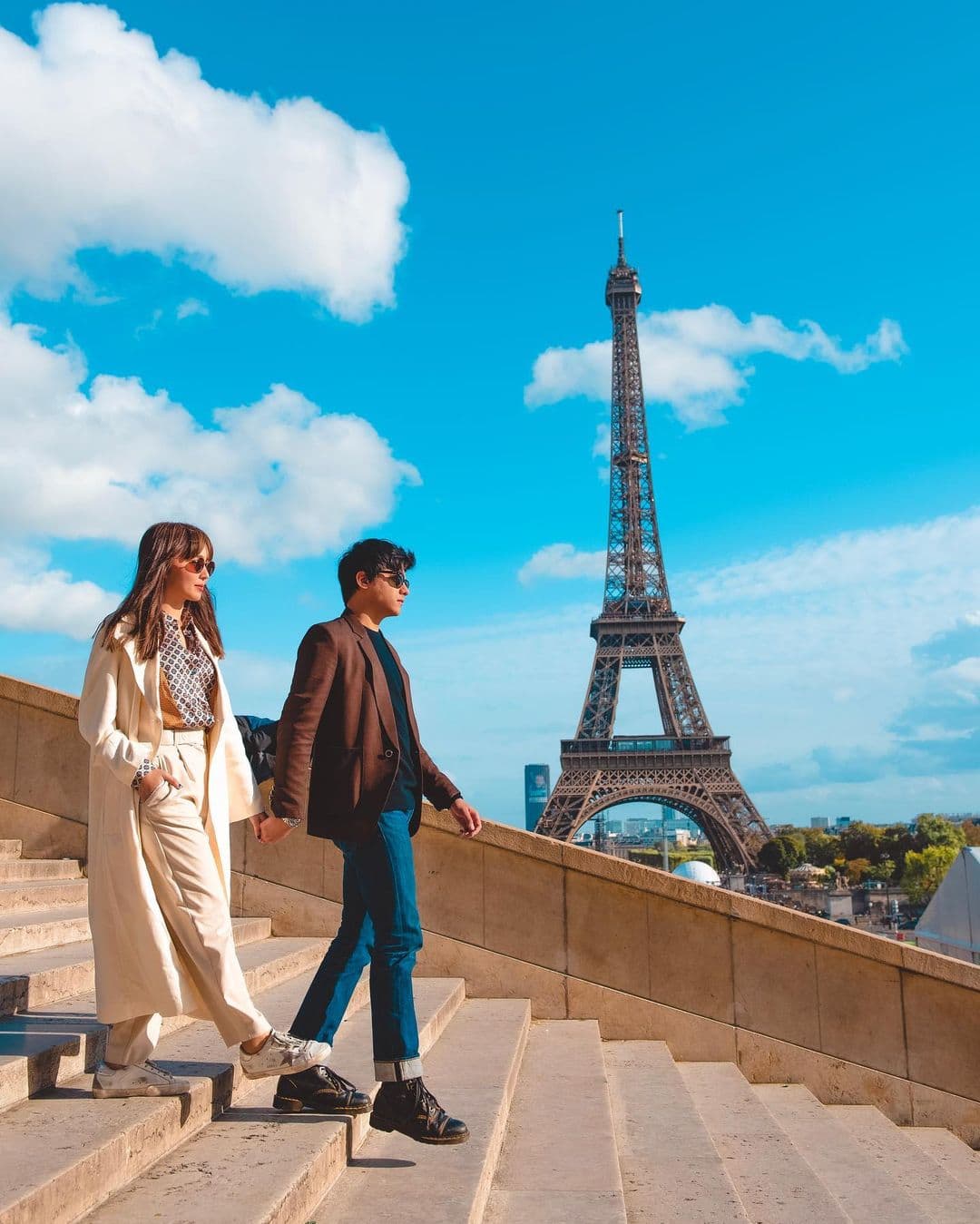 Paris can only be visited in luxury! The two are seen strolling around Paris' streets in their go-to outfits.

Everything You Need To Know About Kathryn Bernardo's P300,000 Piercing