If you're a space film junkie and also a fashion enthusiast at heart, you will LOVE this film.

South Korea has outdone itself once again with their a new-age, space sci-fi film Space Sweepers. The blockbuster film starred Song Joong-ki along with Kim Tae-ri, Jin Seon-kyu, and Yoo Hae-jin. The main cast who make up the crew of a space junk collector ship called Seungri (means Victory in Korean) oozed with wit and belligerence in response to the film's post apocalyptic and space-age timeline. Set in 2092, the four leads were tasked to collect junk around the Earth's orbit to survive. After the discovery of a "deadly" robot called Dorothy, the team was faced with a sudden turning point that will change their lives forever.

Space Sweepers wasn't like any space film because it showed a complete opposite of what we think the future looks like clothes-wise! Far from shiny spacesuits, fashion-forward flying saucer-shaped dresses, or knee-high metallic boots we envisioned for the future, the film featured beaten down clothing from Earth. The wardrobe of the entire cast clearly spoke about the narrative of the film. To get a better grasp of the film's reality, think about the line that separates the privileged from the many few who are left in Earth to die. Space junk collectors like Joong-ki and his crew had no choice but to wear clothes that are only good enough for them to survive in. In one distinct scene from the film, Joong-ki was forced to give up his magnetic space boots for a chance to take a look at a morgue that might have his long lost daughter. To no avail, Joong-ki left the morgue shoeless and proceeded to drive their space ship with just socks on.

The main cast definitely remained determined, fearless, and resilient all throughout the film although they had to go through poverty, injustice, and heartbreaking environmental impacts all at the same time. Take a look at the gallery down below as we dissect their character's personalities and ensembles in the film. From Hae-jin's sarcasm, Seon-kyu's heart and brawn, to Tae-ri's mental prowess, and Joong-ki's mindfulness, we made sure that you will get a better glimpse of their roles through their memorable ensembles down below. 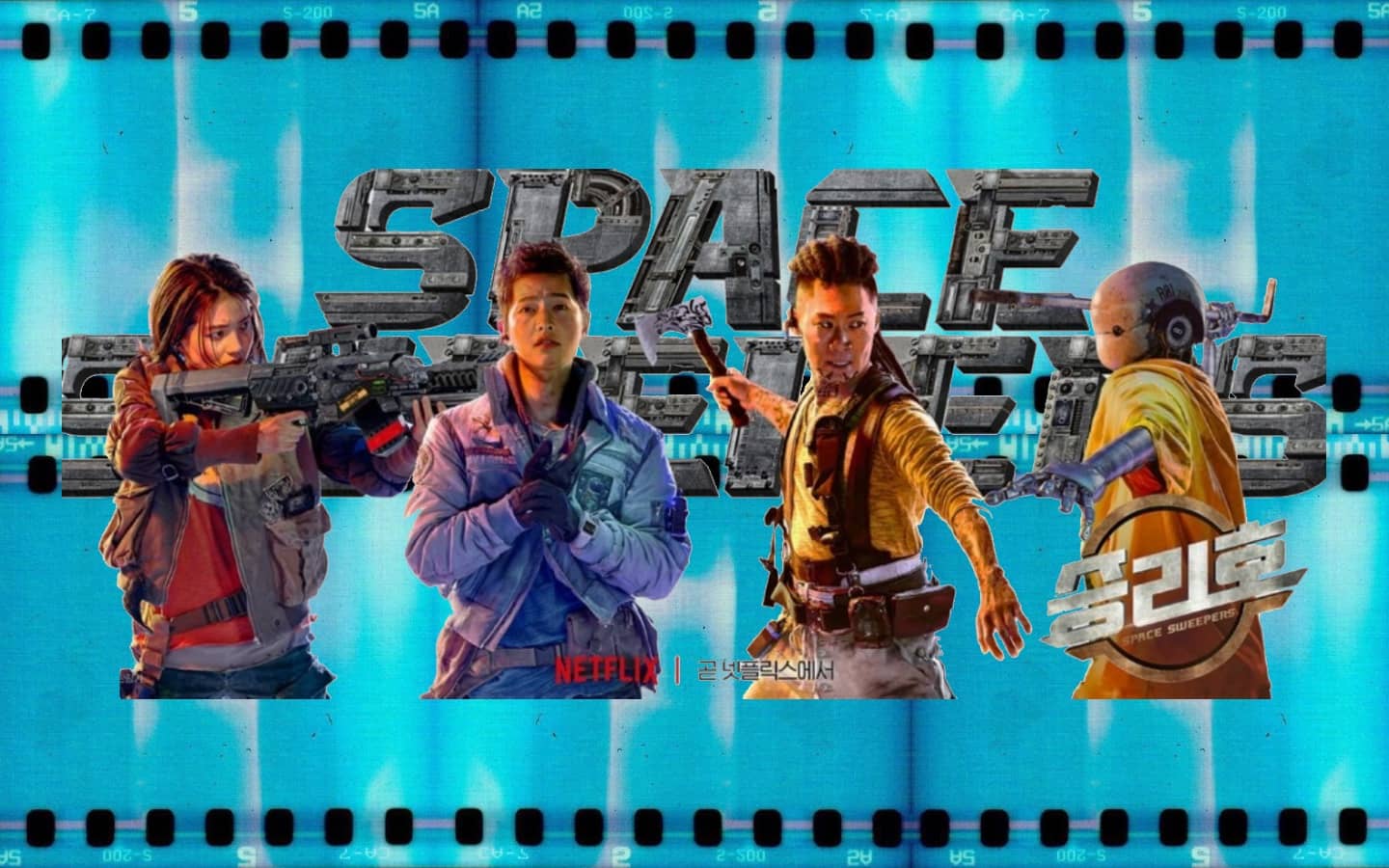 As the captain of the space ship, Kim Tae-ri lead her team with her mental prowess. Far from the stereotypical female lead that leans on physical strength and violence, Tae-ri is made from a different mold. Her fierceness and innate intuition stood out in the film along with her red ensembles. Almost always in red or orange, Tae-ri donned a suit of a leader who is empathetic and fearless. This cutout orange space suit and the smiley red shirt on the first photo were her stand out looks in the film. 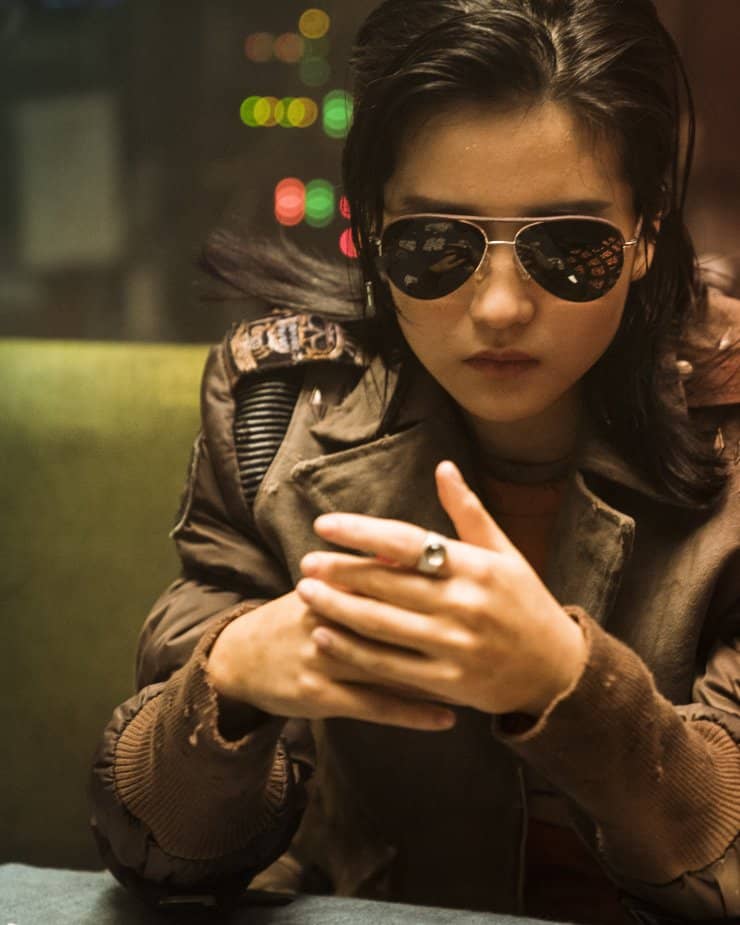 Her sunglasses, rings, and this brown leather jacket added a few layers in her character as well. Cool but not far-flung, Tae-ri is the new girl boss we should all look up to. Yoo Hae-jin played an ex military robot named 'Bubs' who is full of wit and sarcasm. His vibrant yellow blazer and red hoodie is proof of his taste for fashion even though he is primarily clad in metal. Bubs and his harpoon helped the team defeat tons of their enemies. A fierce character indeed! 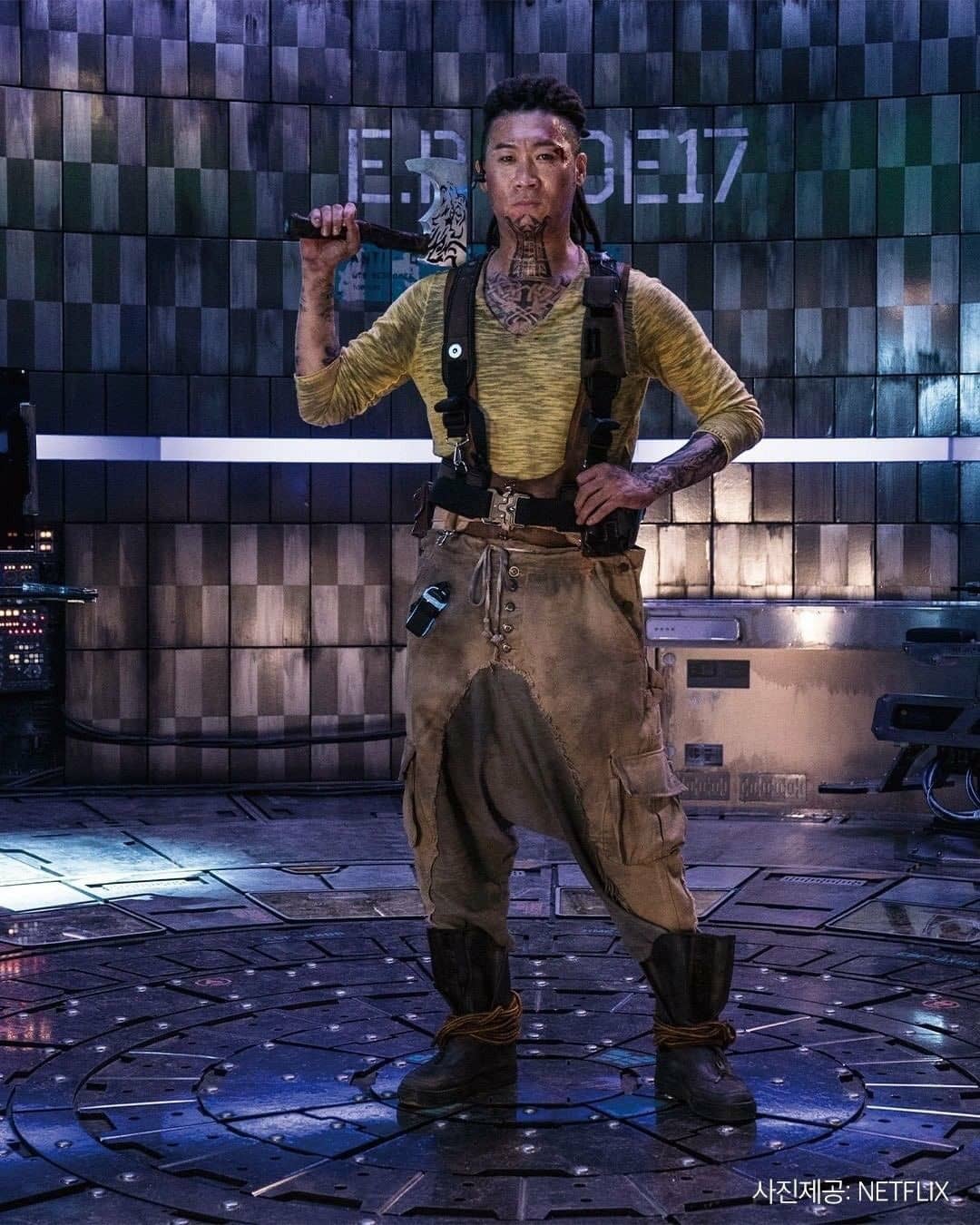 For a former gang leader who has done all kinds of evil known to man, Jin Seon-kyu's character has a lot of heart. His physical strength and capacity to love is more than enough for us to fall in love with his character. Although he wasn't able to go through a number of outfit changes, his yellow long-sleeve shirt and worn down beige overalls best represented his warm personality. It was a no brainer to put Song Joong-ki in a space-age pilot jacket! His mindfulness and occasional recklessness made him the most relatable lead ever. As a talented pilot and a team player, Joong-ki easily stood out all throughout the film. 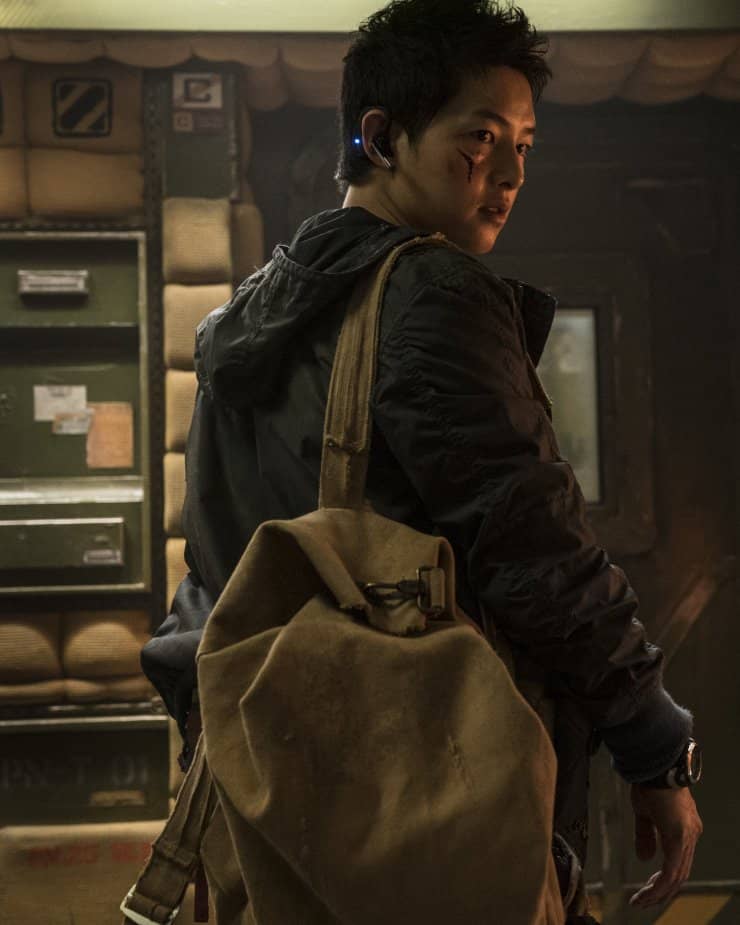 Apart from his swoon-worthy scavenger pilot look, we like that they incorporated this makeshift canvas backpack, his magnetic space boots, and a number of utilitarian pants in his wardrobe. His primarily blue wardrobe spoke about hopefulness in volumes. All he ever wanted was to be reunited with his daughter and meeting Dorothy made this entirely possible. 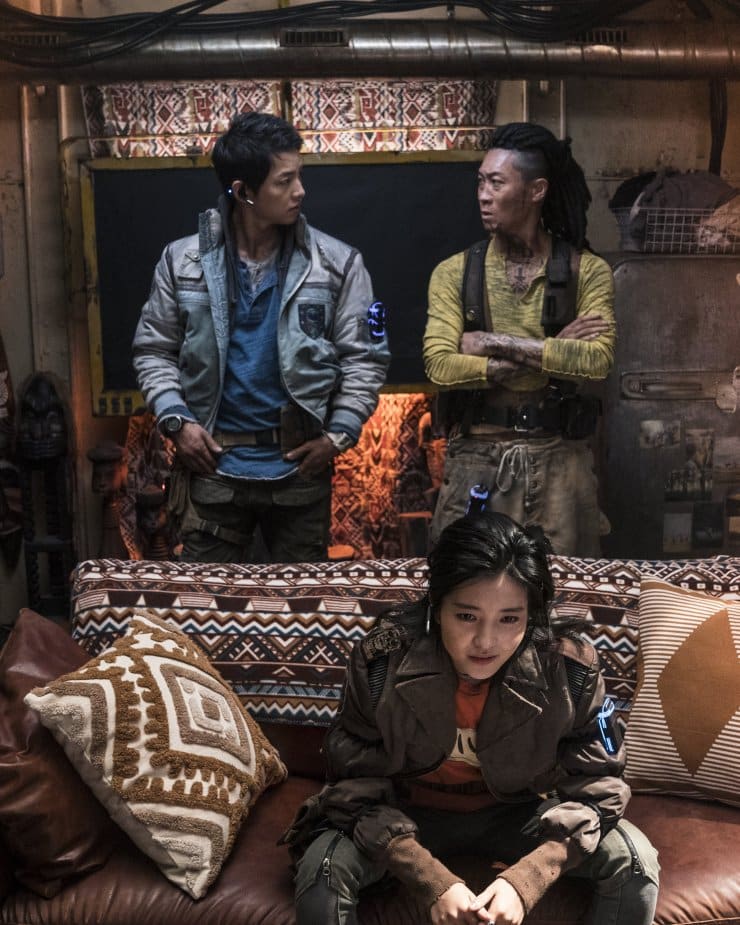 This photo best encapsulates the cast's personalities. From the hopeful blue on Joong-ki, the warm yellow on Seon-kyu, to the fierce red on Tae-ri, this film ticks our criteria in impressive wardrobe styling. 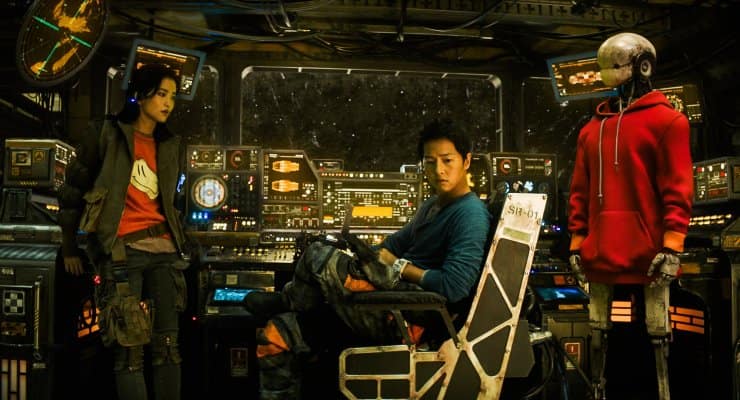 Do not miss out on this blockbuster while it's still on Netflix!

Here Are The 12 Luckiest Colors to Wear This Year Based On Your Chinese Zodiac Sign!

11 Chic And Stylish Chinese Drama Actresses You Need To Know

#MetroStyleWatch: Here Are The Best Dressed Celebrities At The 27th SAG Awards

What I'm Wearing This Summer: 7 ‘Metro’ Favorite Girls Tell Us!