7 Most Stylish K-Drama Moms We Love!

As we count the days to Mother’s Day, we look to these fashionable 'eommas' for A+ style and inspiration!

As far as K-Dramas go, there’s never a shortage of impeccably styled women in shows. Whatever the genre, wherever the setting, whoever the star, you can always rely on characters in South Korean television to be serving the best looks in each episode. As much as a role relies upon the actor’s portrayal, the way they are styled also speaks volumes of their personality. This is true not just for the drama’s leads, but the rest of its supporting cast as well.

K-Drama moms, in particular, have often been written as stereotypically Asian in earlier years. The meddling grandmother, the controlling eomma, the nagging mother-in-law—they seemed to have the same story and the same look to them.

Real-Life Yoon Se-Ri: Why Son Ye-Jin Is Our Favorite Fashion Girl Even Outside 'Crash Landing'

Newer dramas, however, have broken the mold with moms who are more than just devices to push plots forward. In recent years, more and more shows have put mothers in more central roles—and rightly so. Mothers, fictional or not, are complex individuals who are multi-dimensional in attitude and style. Plus, who doesn’t enjoy seeing the woman of the house stay in control and look fabulous while doing it?

Cop And Buy All Of Park Seo-Joon’s High-End Street Style In ‘Itaewon Class’!

This week, we set our sights on the most iconic moms of modern K-Dramas and their to-die-for wardrobes. From the posh mothers of SKY Castle to Cha Yu-ri in Hi Bye, Mama!, these fashionable moms can show you a thing or two about doing motherhood in style—no matter the challenges! 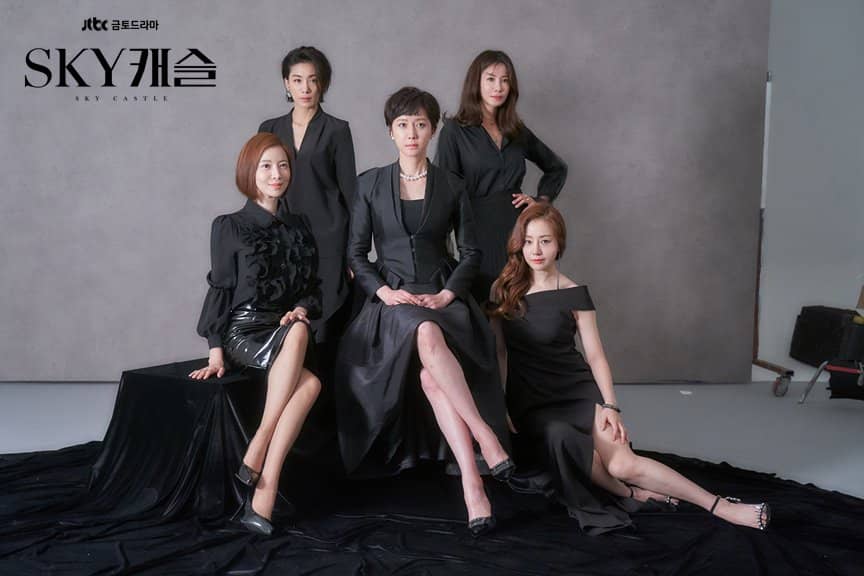 These days, we can’t even begin talking about fashionable moms in K-Drama without thinking of the amazing ensemble cast of Sky Castle. Currently one of Korea’s highest-rated cable dramas of all time, the satire follows the stories of four mothers who live in the fictional SKY Castle complex where some of the country’s top doctors, lawyers, and professors reside. Everyone in the show is incredibly well-dressed—their outfits being the cherry on top of a juicy rumor- and gossip-fueled drama! Yum Jung-ah’s always poised Seo-jin is classic, sophisticated, and put-together all the time. The wife of an esteemed orthopedics surgeon, she has dedicated her life to ensuring her two daughters achieve the same level of success as her husband. In the course of the drama, she’s focused on grooming her eldest for admission to the notoriously competitive Seoul National University. Whether she’s throwing dinner parties or chasing after the country’s most elusive academic coordinator, her understated elegance always shows with her sleek silhouettes and tailored pieces. The boldest in the drama, literally and figuratively, Jin Jin (Oh Na-ra) is over-the-top glamorous from her wavy hair to her sparkly shoes. Though she and her family often provide comic relief in tension-filled Sky Castle, her sartorial choices are no joke.

She may not be the richest or the Queen Bee, but she makes sure she’s the one you’re looking at with her intentionally over-embellished ensembles. Style-wise, Seung-hye (Yoon Se-ah) is perhaps the most unpredictable among Sky Castle’s moms. One day she’s wearing what everyone else is wearing, the next she’s walking in all zhuzhed-up with the biggest sleeves in the room—and we love this about her! She’s never without a statement accessory, whether it’s a gold belt or a gorgeous handbag as if saying she’s not to be underestimated. Soo-im (Lee Tae-ran) dresses as carefree and as casually as she walked into the lives of the competitive eommas in the neighborhood, not knowing the trouble she’s going to stir up with her arrival. 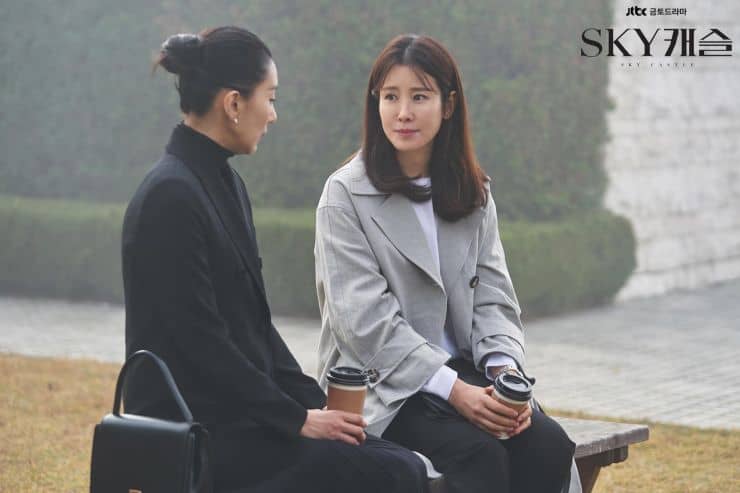 She’s the anti-Sky Castle mom, from her parenting approach to her sartorial choices. Even when her neighbors dressed up every day, Soo-im stayed laid-back and comfortable without sacrificing style in her cool button-downs and lightweight coats. 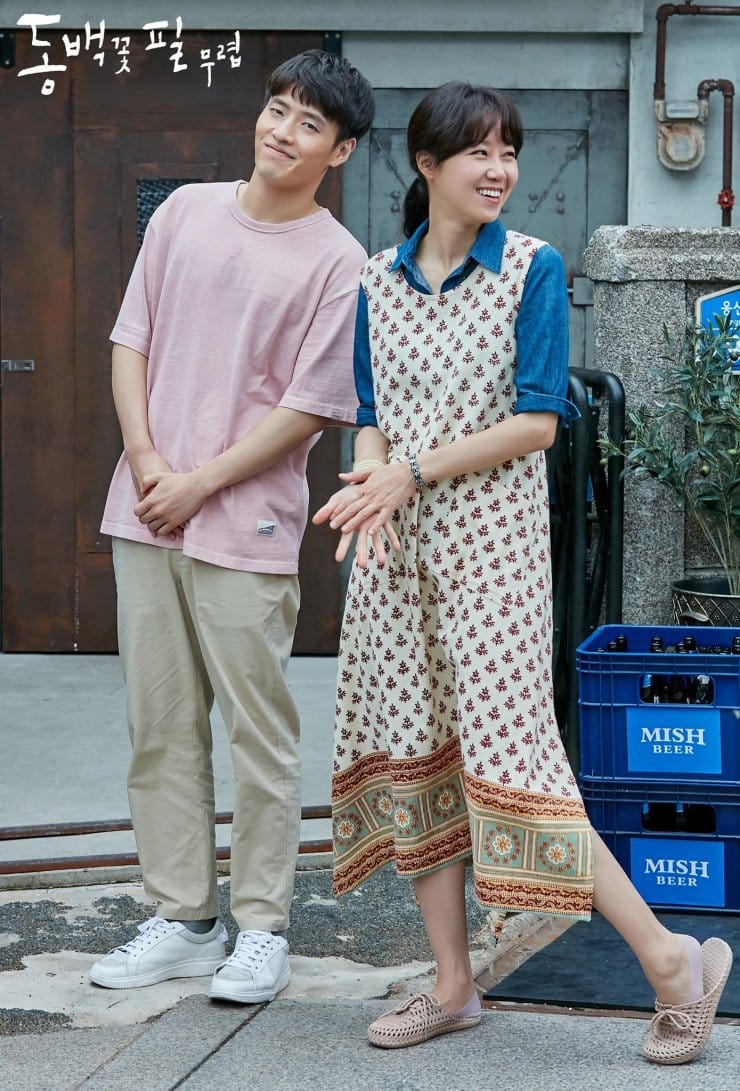 Oh Dong-baek in When The Camellia Blooms (2019)

Gong Hyo-jin’s single mother and bar owner Oh Dong-baek in When The Camellia Blooms may be dealing with a lot of things (raising a child, running her own business, falling in love, and dealing with a serial killer to name a few), but she always does so in playful layers that let her blend in yet still stand out in her small town of Ongsan. 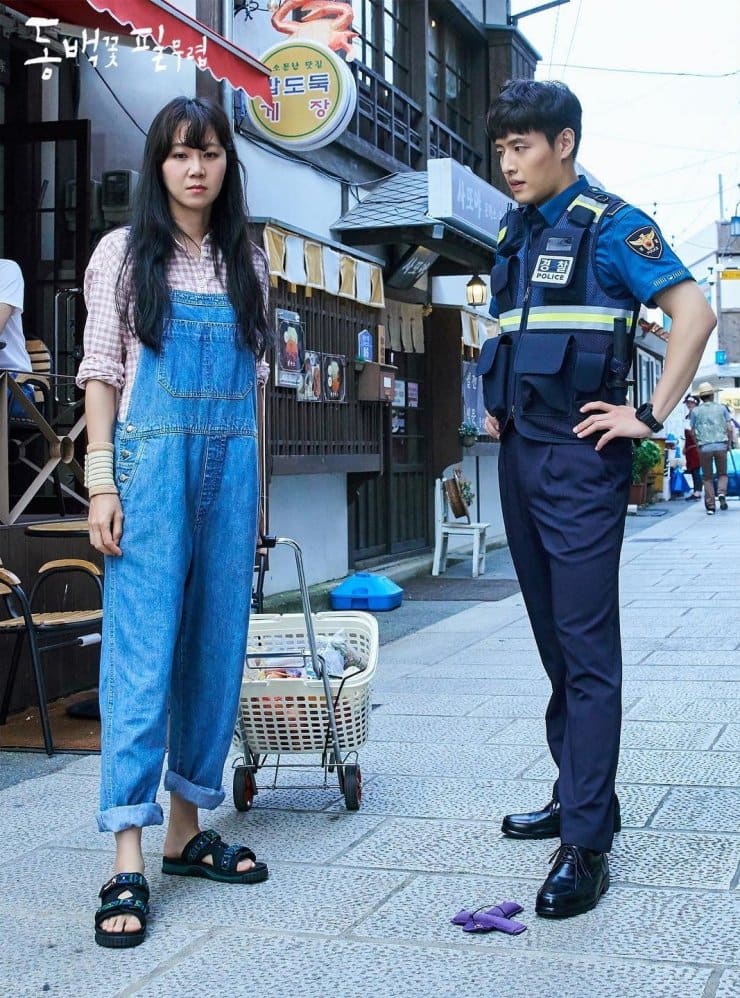 Dong-baek is a master of putting together cool and dainty pieces that complemented the show’s rom-com and suspense story arcs perfectly. 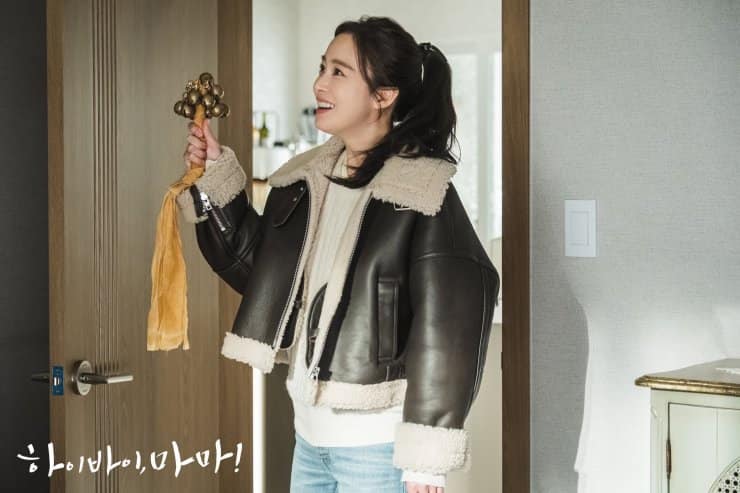 The legendary Kim Tae-hee staged her TV comeback with a family drama that tugged at the heartstrings of many, not just with its story but with Cha Yu-ri’s take on casual, everyday fashion for young moms. 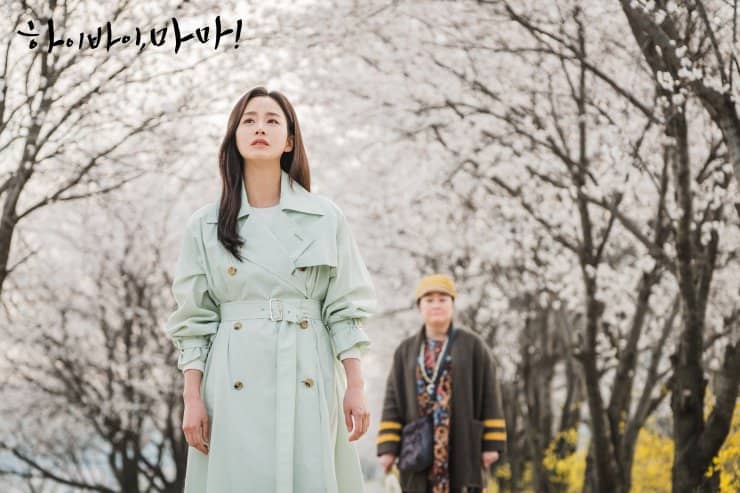 She may be a ghost taking a second shot at life, but that didn’t stop her from charming us with her cool outerwear and luxury bag picks! The World of the Married is a gripping psychological thriller about a wife, mother, and career woman who is seeking revenge on her cheating husband. While the show focuses more on infidelity and its consequences, there’s no doubt the show’s Dr. Ji (Kim Hee-ae) is the most fashionable mom to come out of modern K-Dramas yet. From Chanel to Hermes, ALAÏA to Delvaux, her collection of designer pieces makes us green with envy!

IN PHOTOS: Adapt These Lessons From Memorable K-Drama Office Sets For Your WFH Area

Sarah Says: A Mother's Open Letter On Saving The Planet For The Children