Time to get to know the homegrown brand of leather accessories that's all about distilling an avant -garde aesthetic into contemporary, wearable pieces of art

Fashion designer Noelle Lave has always wanted to be an architect.

On some days, she still dreams of what could have been had she gone down on a different path, but unfortunately, her (then) dream profession required twin talents for visuals and numbers—the latter of which she jokes she just wasn't born to do.

Meet Noelle Llave, The Metro Up And Coming Designer Awardee At Fora By FilipinaZ

It was simply one of life's many detours that she faced head on as a young designer, the consequences of which she transformed into new avenues of creativity rather than treated as lost opportunities.

These days, Noelle might not have the title of "Ar." before her name, but what she does have is O-El, a successful homegrown fashion brand with a Spring/Summer 2020 collection of leather bags and accessories that—as you might have guessed–were influenced by her love of architecture, beautiful interiors, inventors, avant-garde artists, and the magnificent works of art and science they've contributed to the world.

The collection is the third that Noelle has released since her foray into fashion as a SoFa Design Institute student in 2009. It's also her most personal yet.

Age Is Just A Number: Women Over-50 with Unapologetically Chic Style

In it, Noelle concentrates on training the spotlight on her favorite names from the arts and sciences including Matisse, Picasso, as well as Einstein, Newton, and Da Vinci himself. She took some of their most notable work—Da Vinci's fixation on motion and form and Matisse's bold use of color, for example—translated them into images in her mind, and finally, devised a way to draw out the visuals as tangible designs, accents, shapes, and accessories.

All the while, lines, angles, geometry, and structure still play a part in Noelle's designs as a tribute to architecture. The result? A totally fresh and synergized take on art and history inspiring fashion that has passed through the lens of a feminine designer.

Made with imported leather and by Marikina artisans, these head-turning bags and accessories will be sought out by fashionistas far and wide—guaranteed!

Learn more about the inspirations behind some of Noelle's best work in O-El's Spring/Summer 2020 collection in the gallery below!

Festive Jewelry To Up Your Holiday Outfits The "Albert Einstein," a bag named after one of the world's most brilliant scientists Check out the double-strapped handbag inspired by the Filipino sticky rice dessert, suman This lock-inspired bag has cylinder inventor Linus Yale Jr. to thank for its unique look Leonardo Da Vinci lent himself to this bag's design 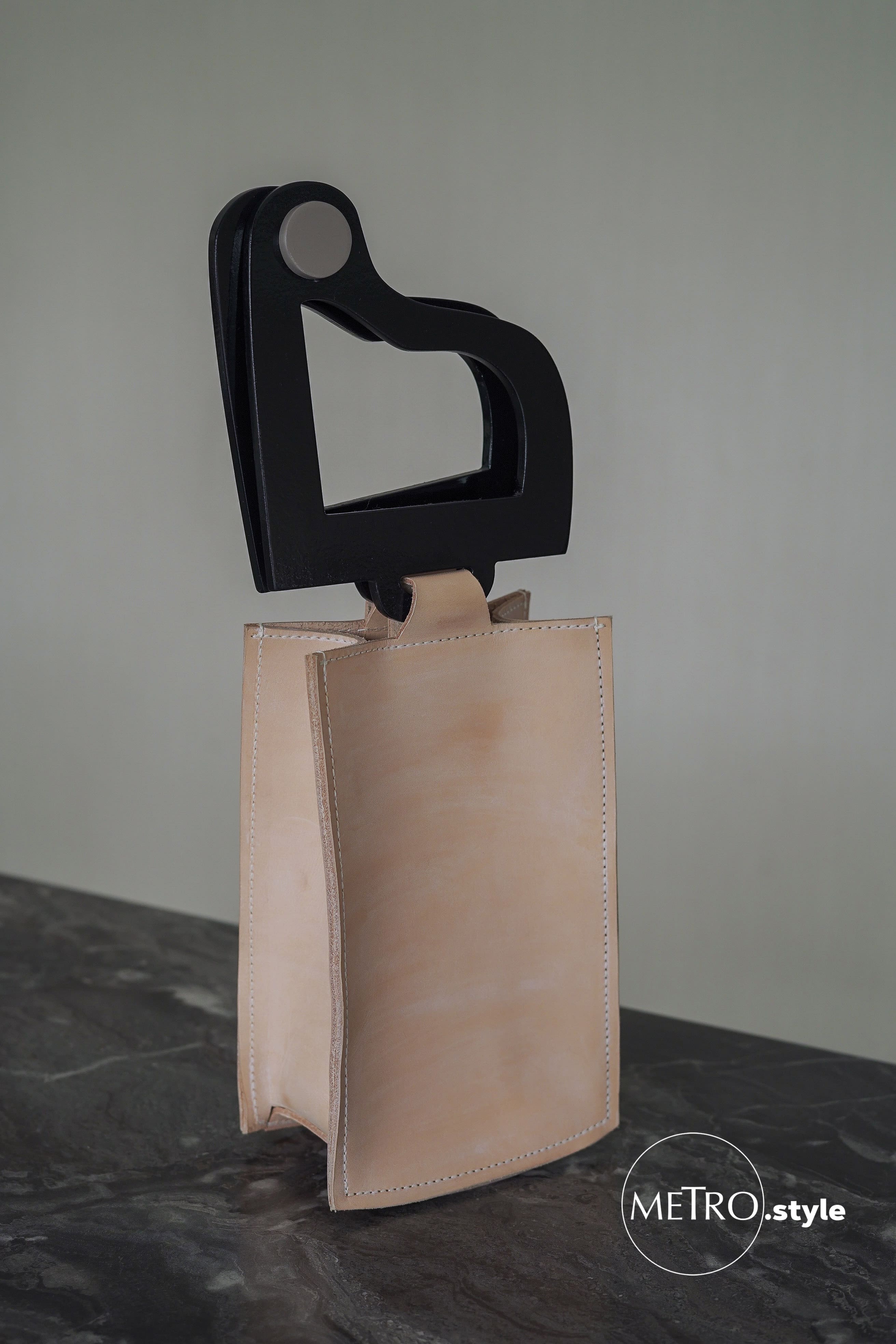 You can't miss Pablo Picasso's influence on this piece 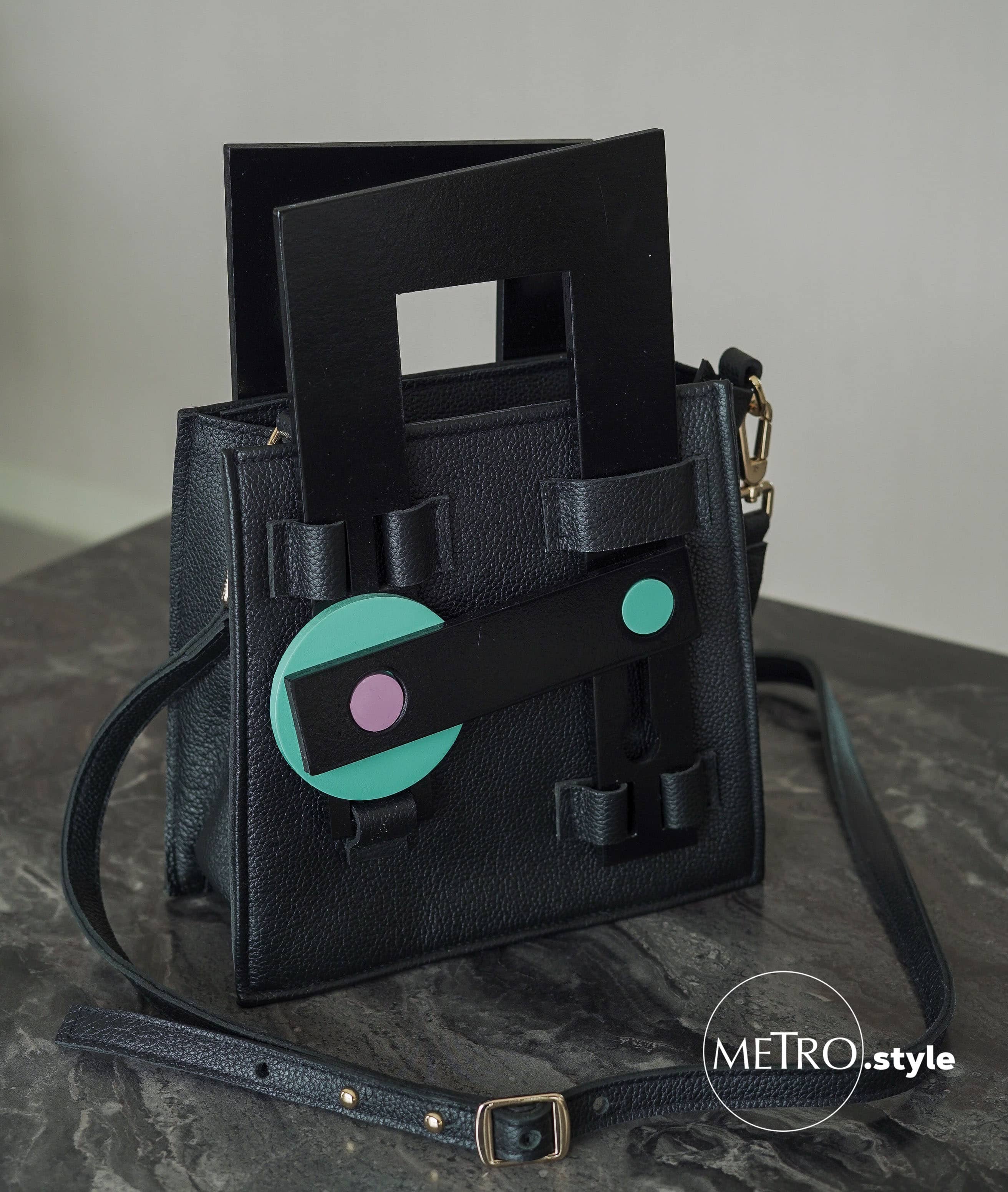 Wooden kinetic toys are a fascination of Noelle's; see how the circular accent mimics a moving a gear! The quirkiness of Dr. Seuss is strongly represented in this collection

According to Noelle, what's most satisfying for her is seeing her pieces being used in day to day life. That matters more to her than awards and verbal compliments. 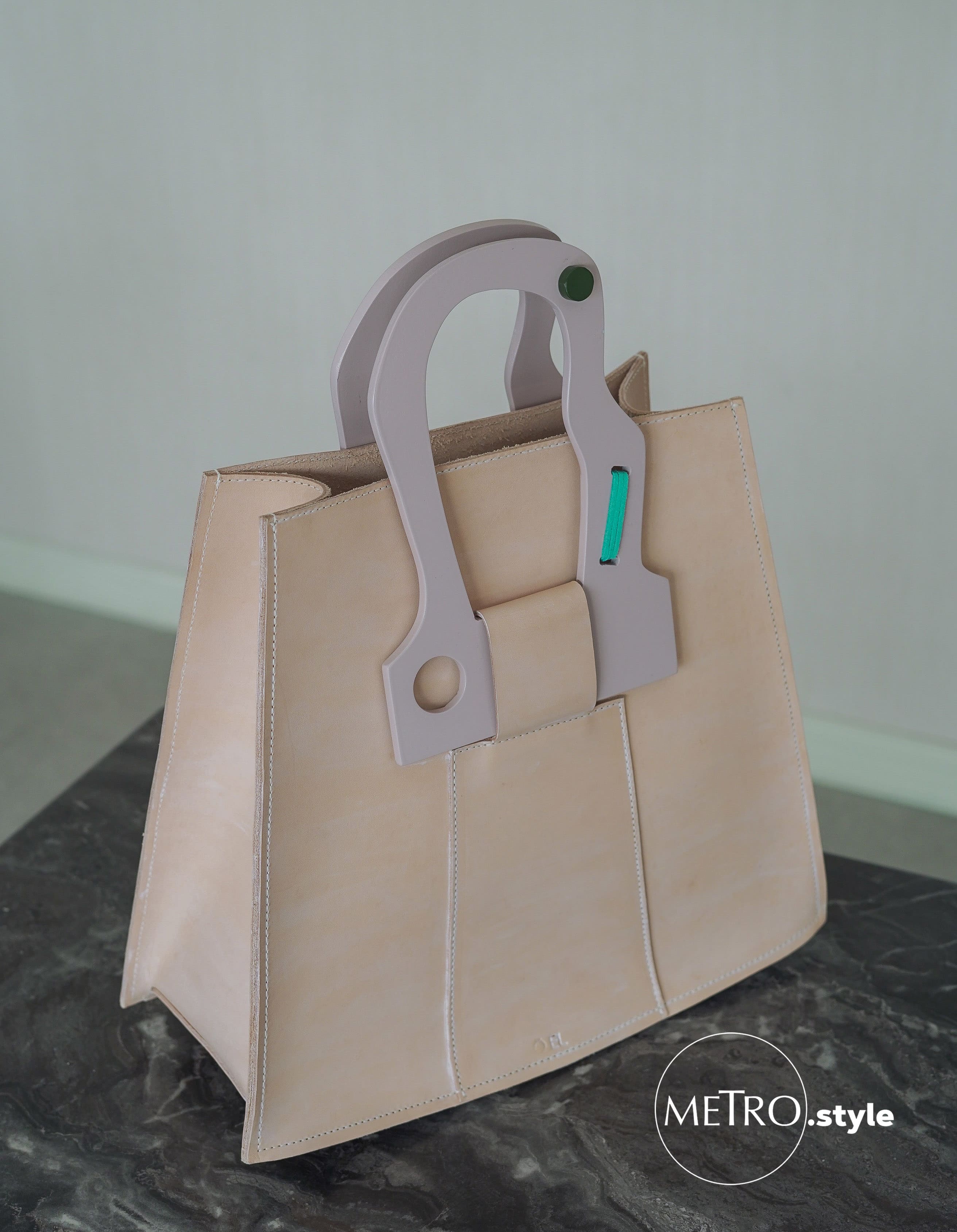 Even Hanna-Barbera, a name famous for its animations, played a part in Noelle's designing process. She ventures out into creating other pieces too, like these cute desk planters 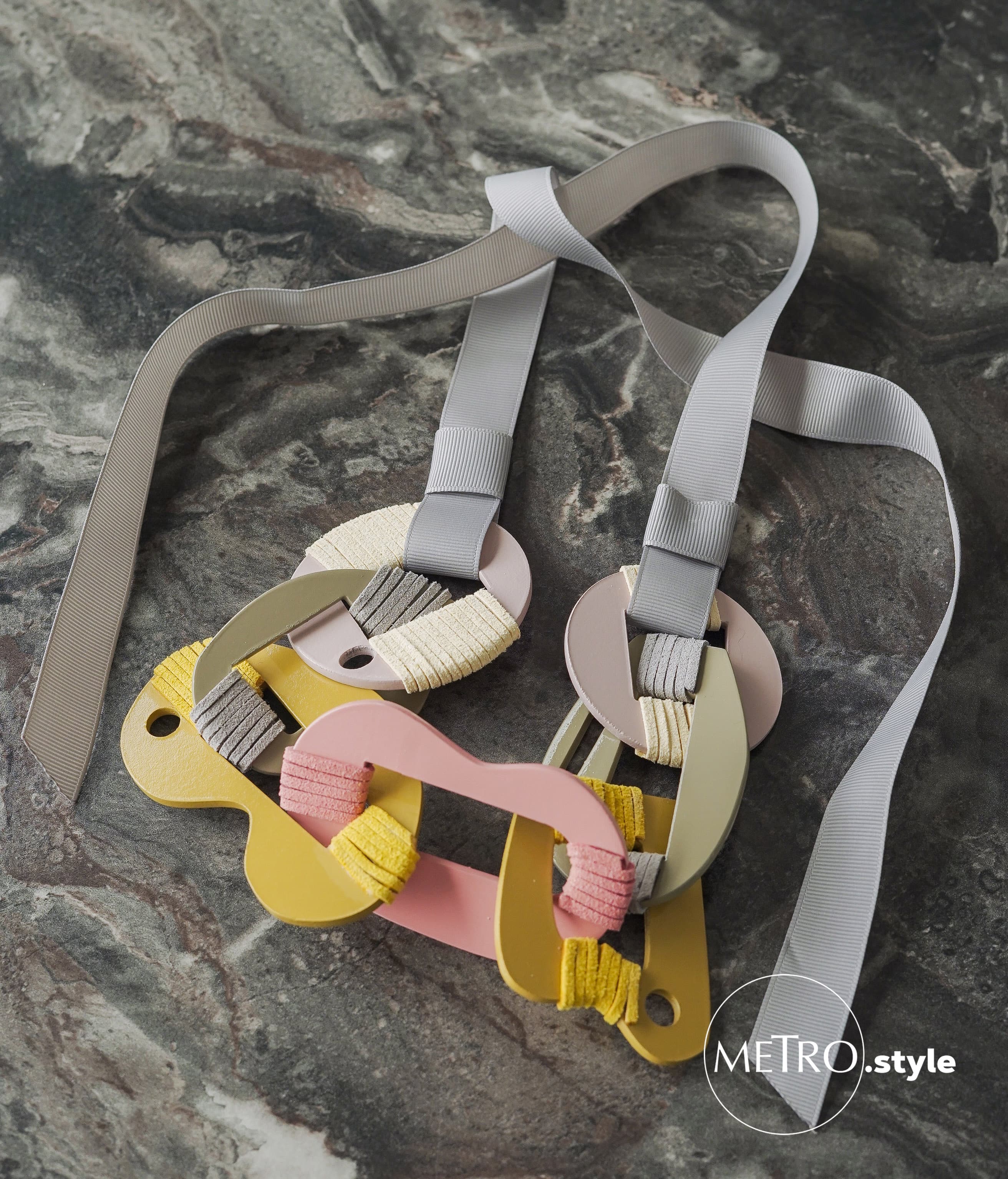 Neck pieces were Noelle's first project as a fashion designer. Big and bold, necklaces like this are sure to spruce up any outfit. She's ventured out into designing oversized earrings too that deliver a whole lot of punch, style-wise And although she's moved on from a purely dark monochrome palette, Noelle still prefers subdued color combinations in muted tones. 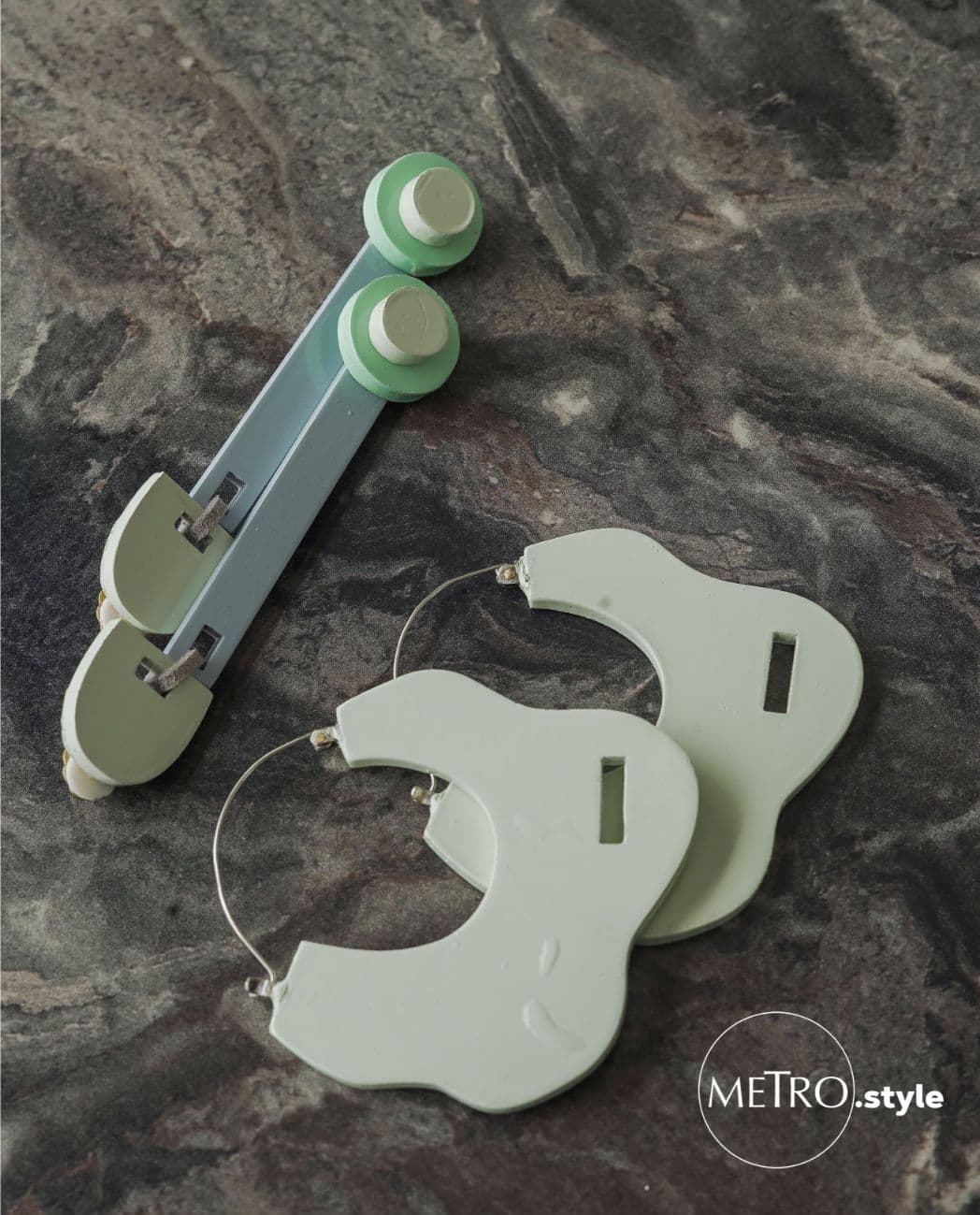 There's no doubt that wearing her accessories will turn you into an instant walking fashion statement.

Special thanks to Gab Perez and Larissa Robles