Our Favorites From Platea, Europe’s Biggest And Most Interesting Gastronomic Center In Spain

At 6,000 sqm., Platea is the biggest gastronomic leisure space in the whole of Europe, bringing together Michelin-starred restaurants, amazing dishes, drinks, an amazing setup, and a theater in one space. This is why Platea has become a favorite international destination in Madrid, Spain.

The Platea has three floors of seating area, all married into one interconnected experience. The best chefs are here, the most interesting dishes, and great performances from master pianists to aerialists—all in one place.

Restaurateur Dani Aliaga and Sexy Chef Willy Trullas visit the food and leisure spectacle that is Platea for The Crawl Spain, and give us a rundown of their favorite must-tries if you’re stopping by.

READ: Spanish-Born But Filipino At Heart: Dani Aliaga Of Bistronomia Goes Back Home For Metro Channel’s “The Crawl”

We may be used to the light and bright tomato soup that we savor before the start of a five-course meal, but this salmorejo is a happier and more interesting take on our usual soup. The Salmorejo originated from Spain and is made of tomato, garlic, vinegar, and soaked bread. It’s usually served cold and finished, of course, with iberico ham and crumbled hard-boiled egg.

The secret behind a great salmorejo? The kind of vinegar used because it is what gives that tanginess to the soup.

Pronounced as “heel-da,” gildas is a classic assembly of olives, chillies, and anchovies. In Spanish, it literally means “lollipop” because it’s served in a skewer.

Gildas are a staple in any bar or tapas and pinchos place in Spain. Its mixture of salty and pickled flavors wakes the taste buds and cleans the palette, preparing it for the next round of savory bites. When in Platea, look for the pinchos place that serves gildas with calamari and octopus.

READ: Missed All These Good Food From “The Crawl Spain” On Metro Channel? Watch It Now On Metro.Style!

To perfectly complement the gildas is a glass of Spanish vermouth on the rocks, which is fortified wine steeped with herbs and spices. Vermouth is made from white wine, but can be served as either white or red. White wine is usually drier, because the red vermouth is enhanced with caramelized sugar and another alcohol like brandy or sherry.

So if you’re heading to Platea, grab a glass of vermouth and sangria, and toast to the good food and company.

READ: Ghost Train And Hemingway’s Table?! All The Exciting Moments To Look Forward To At “The Crawl Spain”

Watch the two-part special of The Crawl Spain with Dani Aliaga, Nico Bolzico, and Chef Willy Trullas on the following replay dates on Metro Channel, channel 52 on Sky Cable and channel 174 on HD: September 10, 8 a.m. and 10 p.m.; September 12, 12 noon; and September 14, 7 p.m.

If you miss these timeslots, head on to the Metro.style Youtube page to watch the full episodes now! 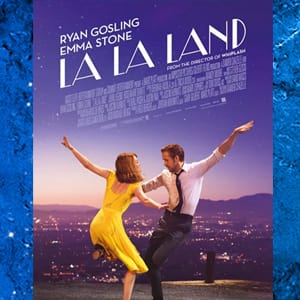 31 Days, 31 Movies To Watch This May On Movie Nights On Metro Channel