Where To Dine In Luxury In the Heart Of Macau

Michelin star-level dining is alive and well in the casino-filled territory of Macau. Although smaller in size and population than neighboring Hong Kong, Macau nevertheless contains a rich concentration of restaurant heavy hitters, thanks to the influx of international hotel and casino brands in the past decade, mostly found in Macau’s Cotai Strip. They have brought in foreign master chefs, top design teams, and a no-holds-barred policy of flying in the most premium ingredients from around the world. The result is a satisfyingly high quality of dining which, while admittedly pricey, can be enjoyed just a mere two-hour direct flight from Manila on Philippine Airlines.

I was recently in Macau to cover the Asia’s 50 Best Restaurants Awards, sponsored by S.Pellegrino & Acqua Panna, held last March 27. Fortunately, journalists were billeted at the Wynn Palace (where the awards took place) which, together with the older Wynn Macau, happens to house many of Macau’s best restaurants. Aside from attending the awards, much of my time was happily spent shuttling between both Wynn properties to try as much of their gourmet offerings as I could.

If you’re looking for Japanese, you can’t do any better outside Japan than at Mizumi at the Wynn Macau. As the only two Michelin star Japanese restaurant in Macau, Mizumi delivers a superior dining experience from start to finish, thanks to the team of Japanese expert chefs who each specialize in sushi, tempura, and teppanyaki.

During my dinner at Mizumi, sushi master chef Hideki Fujikawa offered a sashimi selection comparable to the best you’ll find in Japan, featuring Wakayama toro, Hokkaido yellowtail, and Hokkaido surf clam, as well as a sushi spread of botan shrimp, sea urchin, and hairy crab from Hokkaido, plus Wakayama toro and Aomori flounder flown in fresh. The sake pairings elevated the experience even further with Ugono-Tsuki Kinsen Daiginjo for the sashimi and a first rate Manaturu Mana 1751 Premium Junmai Daiginjo for the sushi.

A trio of melon, ice cream, and mochi for dessert

For the teppanyaki, I enjoyed thin slices of Japanese Yaeyama Wagyu beef, still rare and soft to the bite. Not expecting anything special for dessert, I got blindsided by a wedge of the most intensely sweet and juicy Shizuoka melon. It was paired with Okinawa sugar ice cream and warabimochi with soya bean powder.

While this elegant restaurant offers the finest in traditional Japanese cuisine, for those hankering for a more modern approach, you can try a second Mizumi located at the Wynn Palace.

The Wynn Macau boasts not one, but two Michelin-starred Chinese restaurants. The two Michelin-starred Golden Flower pays homage to Tan Cuisine, a school of cooking developed by Tan Zongjun in the Qing Dynasty, bringing together northern Lu (Shandong), southern, and Sichuanese. The other restaurant is the one Michelin-starred Wing Lei which specializes in classic Cantonese fare with modern touches.

Cold meats and seafood for starters

A combination of beef, scallops, and salted fish that works

Even more unique was the main course of crispy sliced beef, fresh scallop, and minced salty fish. At first glance, the combination didn’t seem promising, and the beef even looked a bit dry. But all it took was one bite into the soft-as-butter beef with its crispy battered skin to assuage my doubts. This dish was as luxurious a “surf and turf” as I could ask for. Like Mizumi, the Wynn Palace houses a more grandiose version of Wing Lei overlooking the stunning Performance Lake and its water fountain display.

Steaks and a Show at SW Steakhouse

On my last day in Macau, I made sure not to miss a meal at SW Steakhouse, Wynn Palace’s premium American steakhouse that boasts a Forbes Travel Four Star Restaurant rating for 2018. Just like its namesake restaurant at the Wynn Las Vegas, SW Steakhouse offers arguably the finest steaks in town, from American USDA prime to certified Japanese Wagyu. But even before my steak arrived, the appetizers almost stole the show.

Another highlight was the signature Maryland Style Crab Cakes made almost entirely with two kinds of crabmeat (and zero extenders), and served with celeriac and Old Bay aioli.

Steak comes with a choice of mustards, sauces, and sides like Yukon Gold potato purée and Parmesan creamed spinach

As if the dining experience in itself isn’t enough, diners are treated to a theatrical show consisting of computer animated episodes with 3D mapping broadcast throughout the meal. Lasting just a few minutes, these humorous, sometimes sentimental vignettes revolve around the theme of a waking dream—King Kong picking a giant banana, an Old Man and the Sea-inspired fishing scene, flowers blooming. It’s a fun, glitzy show that brings a touch of Las Vegas spectacle to the restaurant.

There are other worthy places to dine in at both Wynn properties, from fine dining to casual. At the Wynn Palace, the Fontana offers Asian and Western buffet dining, including a vast breakfast spread, and possibly the best croissants in Macau. At the Wynn Macau, you can relax with cocktails at Cinnebar with its indoor and outdoor lounges, followed by fine Italian fare at Il Teatro. For a quicker meal, there’s Hanami Ramen, 99 Noodles, or Red 8 located at both properties. And for pastries, chocolate, and gelato, you can drop by Sweets at the Wynn Palace.

Venturing outside the Wynn properties, there’s a host of Michelin star and other award-winning restaurants in Macao to satisfy your gourmet desires. Among them are two Michelin-starred Jade Dragon at City of Dreams (the only Macau restaurant on this year’s Asia’s 50 Best Restaurants list at No. 35), and longtime favorite three Michelin-starred Robuchon au Dôme (formerly Robuchon a Galera) at the Grand Lisboa Hotel.

Whatever cuisine you’re in the mood for, Macau can let you indulge in the finest dining experiences to your heart’s content. 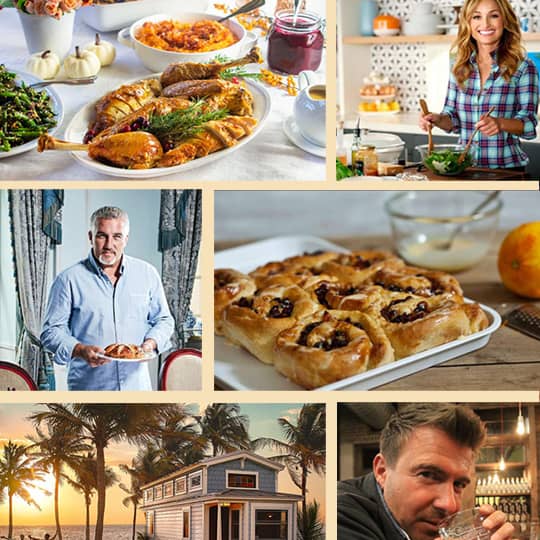