Your cozy “Netflix and chill” bingefests will soon be even more delicious. Ben & Jerry’s just launched their first ice cream flavor of 2020, and it’s called — drum roll — Netflix and Chill’d! The company says that the ice cream flavor was created with the official support of Netflix, which begs the question: what flavor would an ice cream be when it's designed to complement hours and hours of screen time? According to Ben & Jerry's, that would be an “indulgent production starring peanut butter ice cream, sweet and salty pretzel swirls, and fudge brownies.” A perfect balance of salty and sweet, crunchy and creamy, with fudgy chunky chocolate to up the ante. Clearly, this ice cream has the potential to become dangerously addicting. 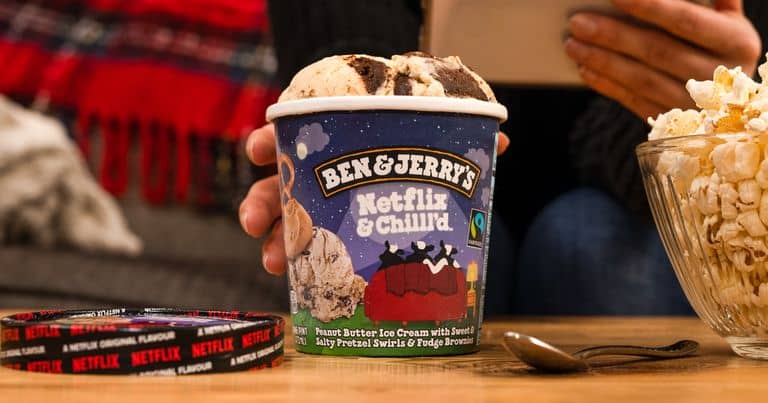 It's available in pint sizes, perfect for sitting on the couch with just a spoon. A non-dairy version made with almond milk will be available in the U.S.

This ice cream is a guaranteed Netflix Flavor Original, and we just love how Ben & Jerry’s Instagram shared a post showing the ice cream immersed in some of our favorite Netfix shows, including Orange Is The New Black, Sex Education, and Big Mouth.

“Why did it take you so long to make an ice cream with Netflix? It’s so obvious that a Netflix show and a pint of Ben & Jerry’s is a match made in heaven,” was asked on Ben & Jerry’s official website. They replied: “We’re not sure! But we can say for certain that we can’t wait to stream our favorite shows with our BFF’s, a pint of Netflix & Chill’d, and plenty of spoons.” 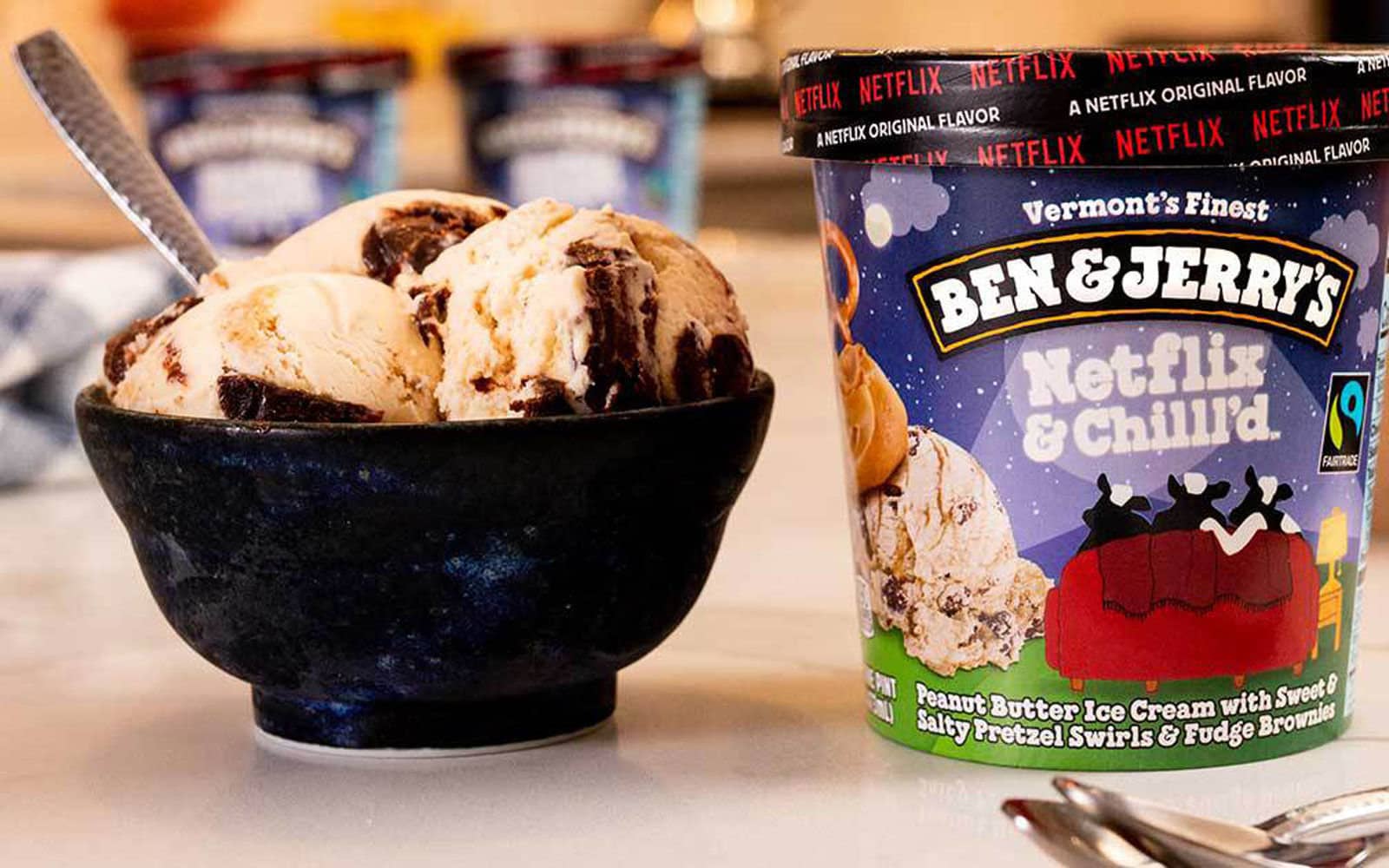 Netflix & Chill’d will be available in 20 countries in February 2020.

How To Avoid Bloating During The Indulgent Holiday Season, According To A Wellness Coach