All his life, Josh Boutwood has always considered himself a nomad. Born in England to a British mother and Filipino father, Boutwood spent his childhood growing up on the white pristine beaches of Boracay before moving to Spain at the age of 10 to continue his education. In 2010, after several stints in esteemed establishments in Scandanavia and the UK, and with a deep passion to expand traditional Filipino flavors, he returned to Boracay to open Restaurant Alchemy. In 2012, Boutwood joined the Bistro Group of Companies to assist them in creating concepts and dishes. Since then, the chef has also opened restaurants of his own—The Test Kitchen, Savage, and Helm—which have since provided him with outlets to allow his creativity to flourish and grow.

With such a colorful cooking career that is attributed to a very innate nomadic spirit, Boutwood has created a cuisine that is truly inspired by various traditions from all over the world. A culinary nomad through and through, Boutwood is not limited by his experiences but is enriched because of them. As a chef who finds himself in the midst of constant creation, especially with his restaurants Savage and Helm, Boutwood is an innovator in every sense of the word. Savage in particular, he shares, was born out of a desire to challenge himself by returning to the pre-industrial era cooking methods which lacked the modern conveniences of electric and gas.

Serious food and quality ingredients are what Savage is all about; and anyone who has come to know Savage would agree that here, everything simply tastes better over an open fire, including dessert! Located at the heart of Bonifacio Global City, the neighborhood spot is an industrial-chic designed open-fire restaurant that is a haven for redefined grill experiences. Since opening in April 2018, Boutwood has led the Savage team on a mission to take diners back to pre-industrial cooking methods, which utilize fire, smoke, and ash, offering the metro’s foodies something different from the usual. The restaurant also values ingredients with providence and prides itself in working with zero waste. “They are our bible, our way of thinking. In the end, ingredient is key,” states the chef. 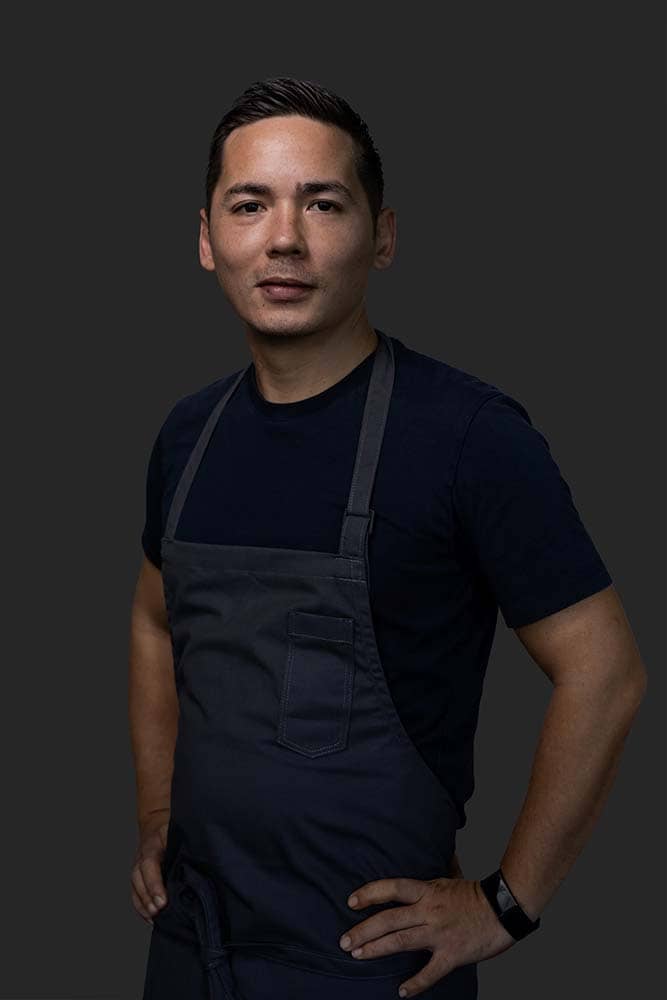 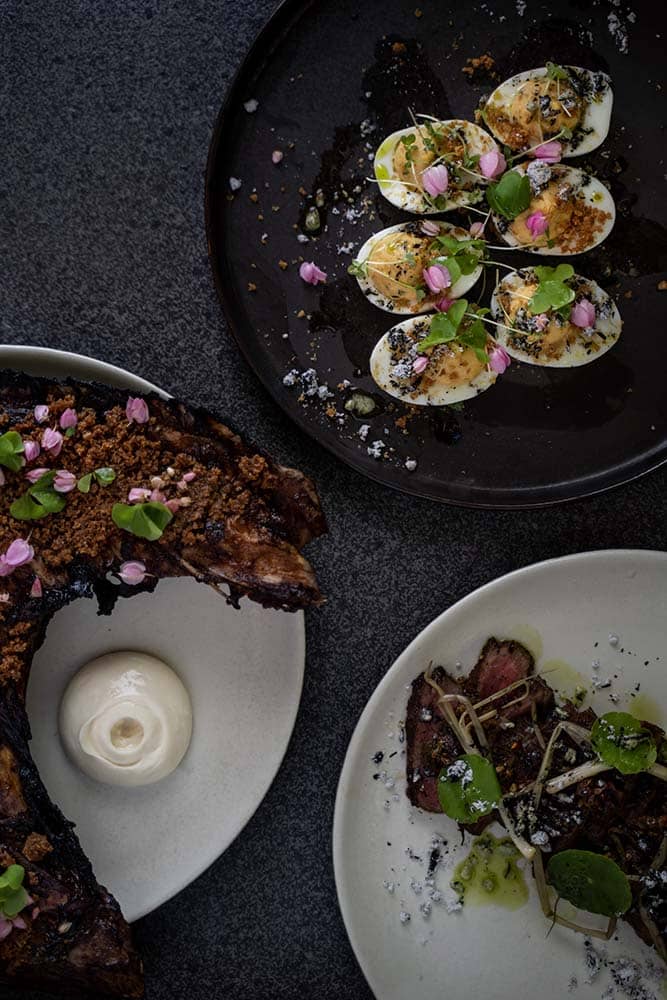 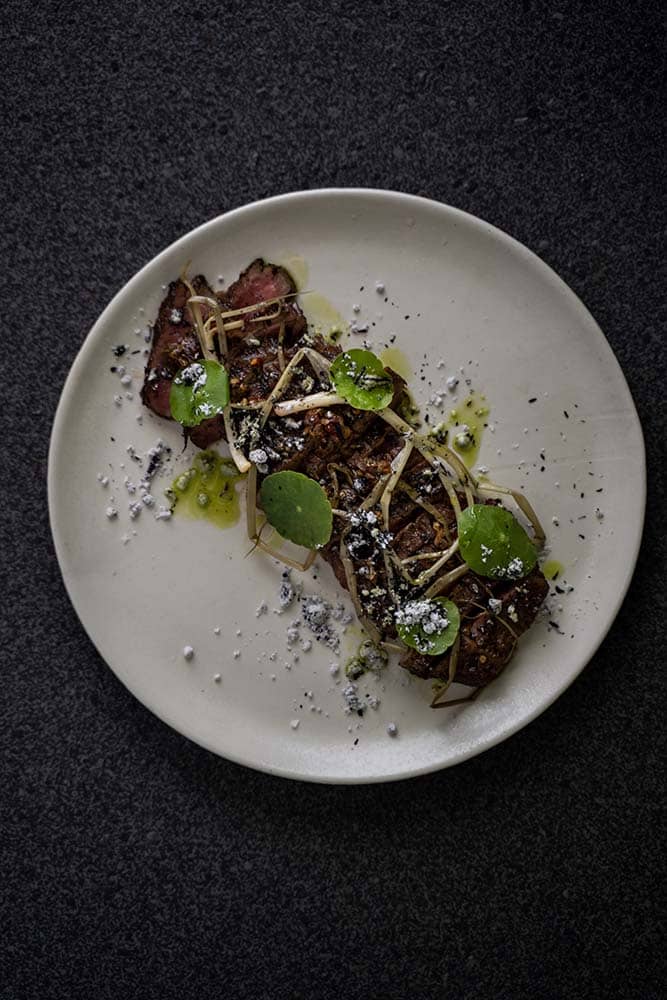 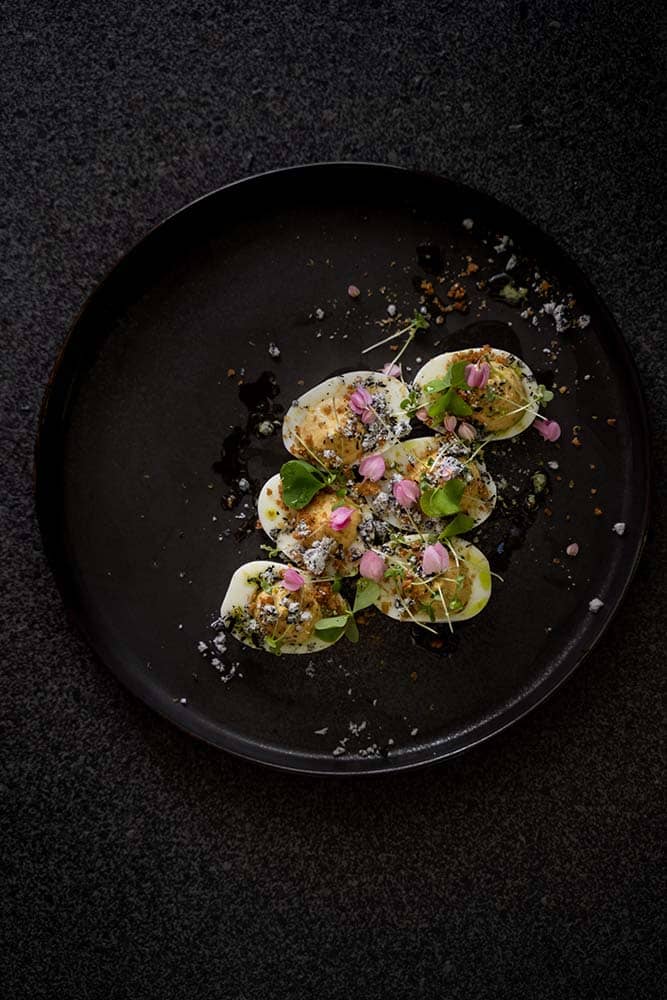 What’s coming up next for Savage? Foodies can look forward to a new menu packed with a lot of large proteins. “We are doing a little ode to my corporate job and we’re actually putting baby back ribs on the menu, but of course, doing it in such a way that is very savage. With a lot of the new dishes, we actually want to encourage guests to eat more with their fingers and more savagely, with cuts being a little larger. There is also a beautiful short ribs [dish] that is coming on the menu, alongside a couple more appetizers. It’s a nice mix,” he smiles.

For the Amex For Foodies campaign, American Express Cardmembers in the Philippines can enjoy a complimentary serving of Savage’s signature appetizer—Devilled Eggs with every two main entrees ordered* until December 31, 2019.

The Devilled Eggs has become a true crowd-pleaser. “It’s such a classic dish and we have been able to develop it in a way where it is so savage in a sense—it’s slightly spicy, it’s smoky, and it’s got a beautiful onion ash that goes with it” beams Boutwood. The dish itself is smooth and creamy with a mild, light flavor—the perfect way to start your meal at Savage. Boutwood incorporates what he considers a bit of a secret ingredient, grated ox heart, which has been salted and dried to perfection, into the otherwise humble dish.

Taste the experience with #AMEXFORFOODIES.  To learn more about this campaign, click here

Maharlika: The Filipino Restaurant That Spiked The Hype In New York City

Is Rum The New Drink Of The Moment? By The Looks Of It, It’s About Time