In Netflix’s newest hit K-drama, the rise of the humble DanBam Pub is a riveting case study in how to become the top restaurant in Korea—by breaking all the rules

For those who haven’t yet streamed Itaewon Class or are not as caught up (as of this publishing, Netflix has released Episodes 1 to 14, with last two episodes to be aired on March 20 and 22), please be warned that there are major spoilers ahead!

While everyone has been obsessing over Crash Landing On You, I’ve been quietly fixated on Itaewon Class, another new K-drama on Netflix that plays polar opposite to the rom-com kilig of CLOY. There’s a lot more urban grit coupled with a compelling underdog story, namely the David-and-Goliath battle between the fledgling DanBam Pub and Korea’s number one food and restaurant group, Jangga Company. At the center of this battle is the main character, high school dropout and ex-convict Park Saeroyi (played by Park Seo-jun), who is hell bent on toppling Jangga, with a heart-wrenching revenge back story at the heart of this struggle.

Aside from having all the elements that make K-dramas so addictive—drama, romance, comedy, action, and everything in between—Itaewon Class also presents itself as a less-than-realistic case study on how to open a restaurant and succeed despite the many, many, many odds.

So keeping it real, here are five basic restaurant rules that Park Saeroyi has definitely broken in his quest to make DanBam number one: 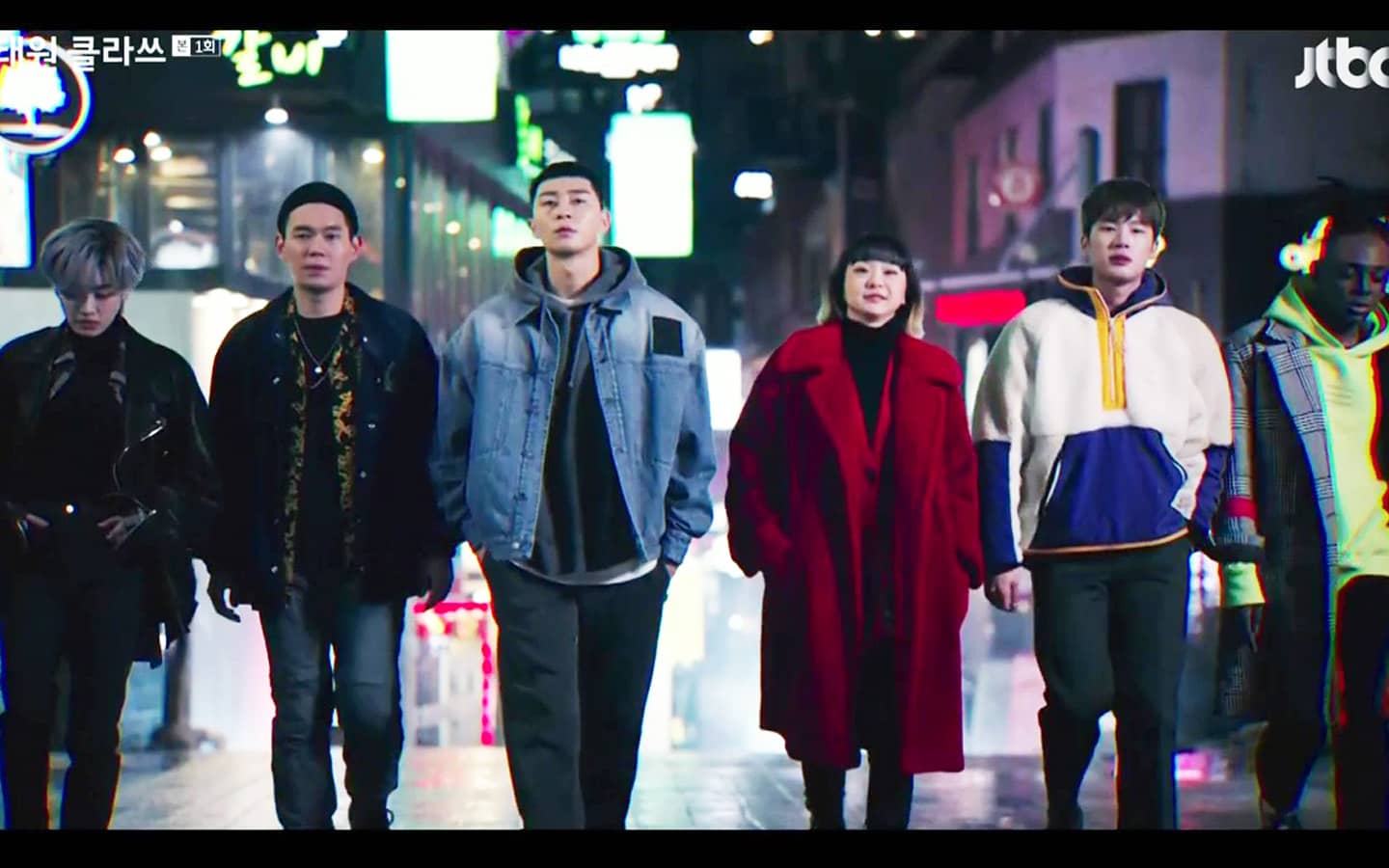 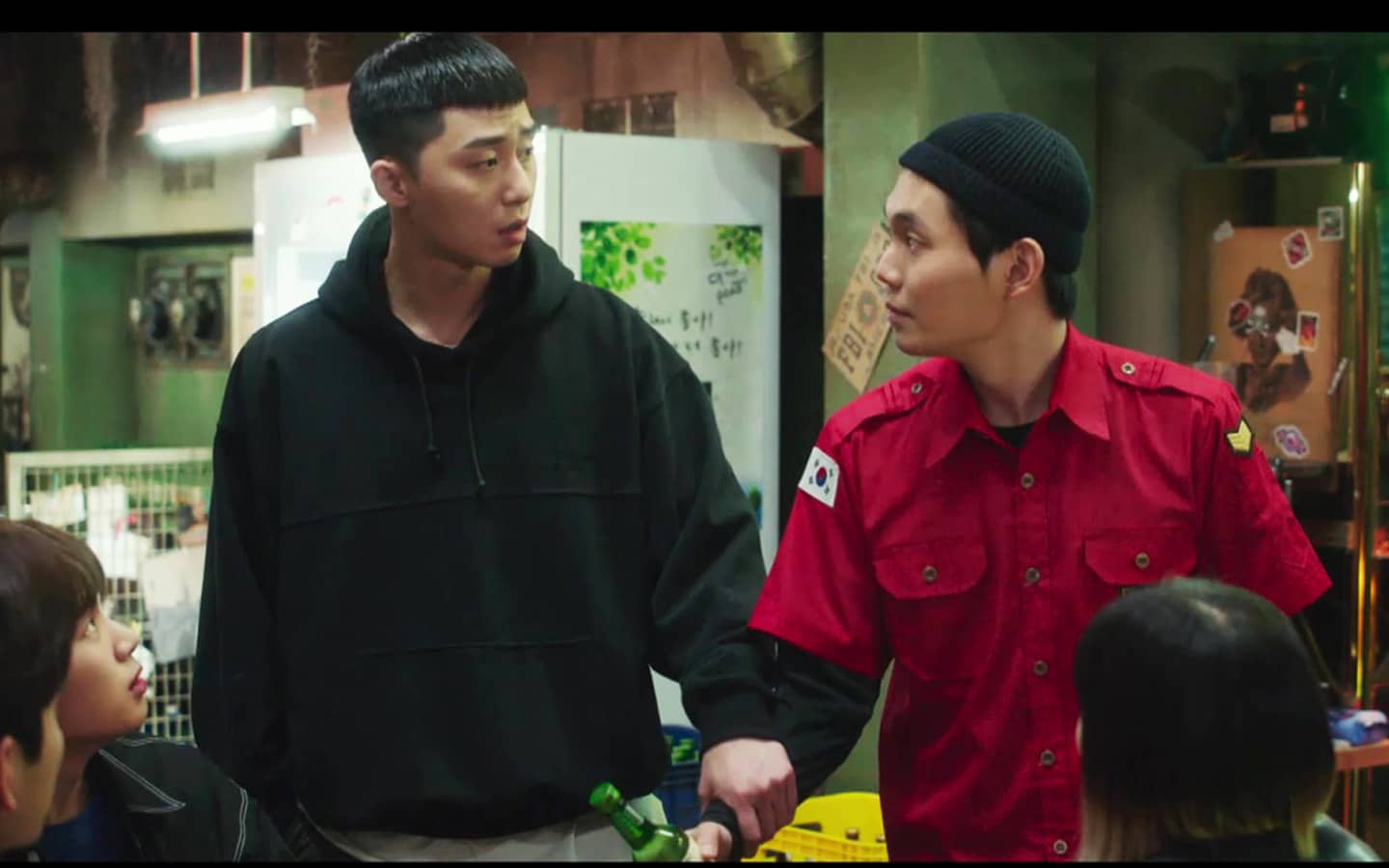 1. Stand by your staff even if the customer gets mad.

Saeroyi hires his former prison mate and reformed gang member Choi Seung-kwon as his waitstaff. While granted, the guy has many good qualities, loyalty to his boss being one of them, in Episode 3, his violent henchman habit rears its ugly head as he lashes out at an offensive customer—oops! 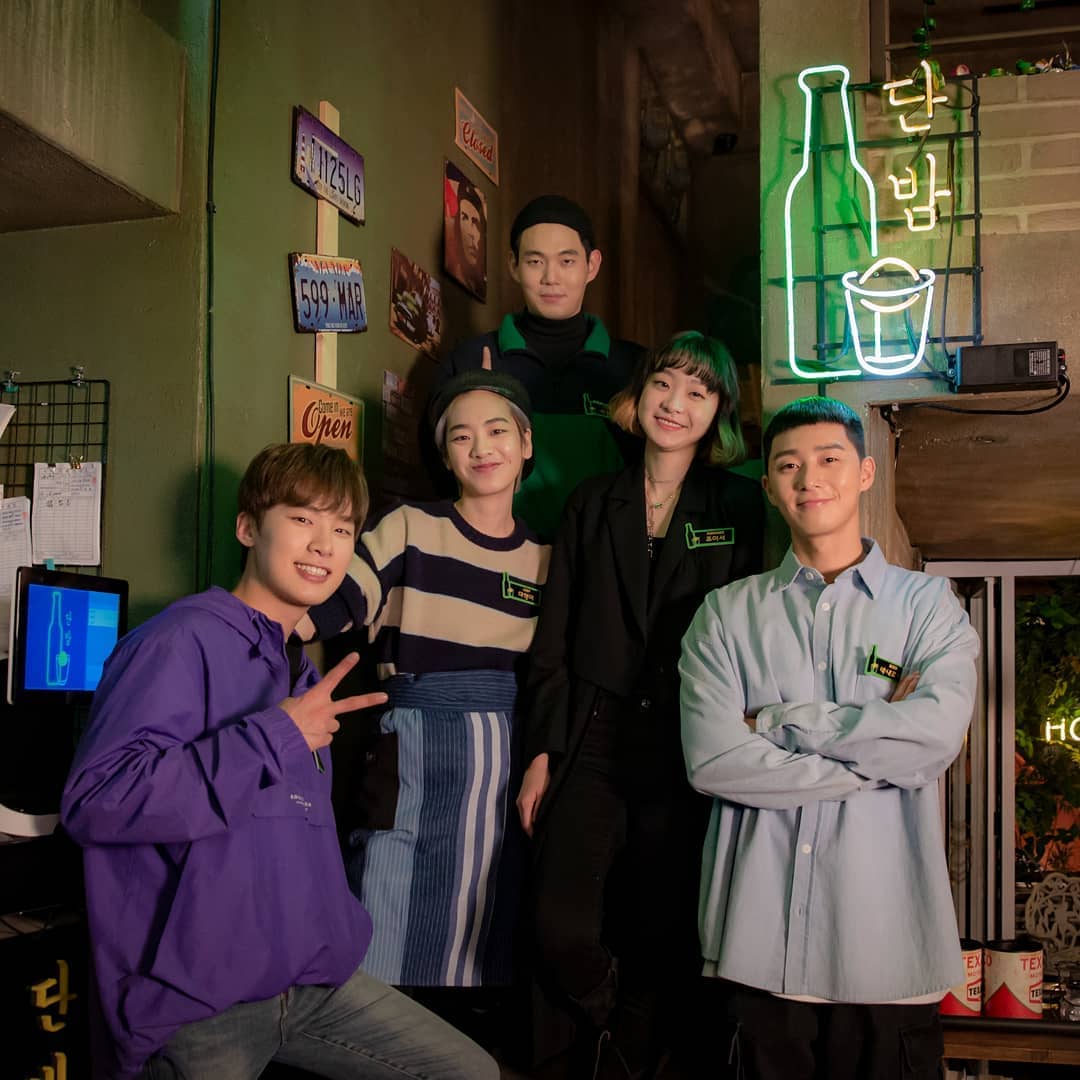 But Saeroyi being the understanding boss that he is, stands by Seung-kwon against the customer. In this case, the customer is not always right! 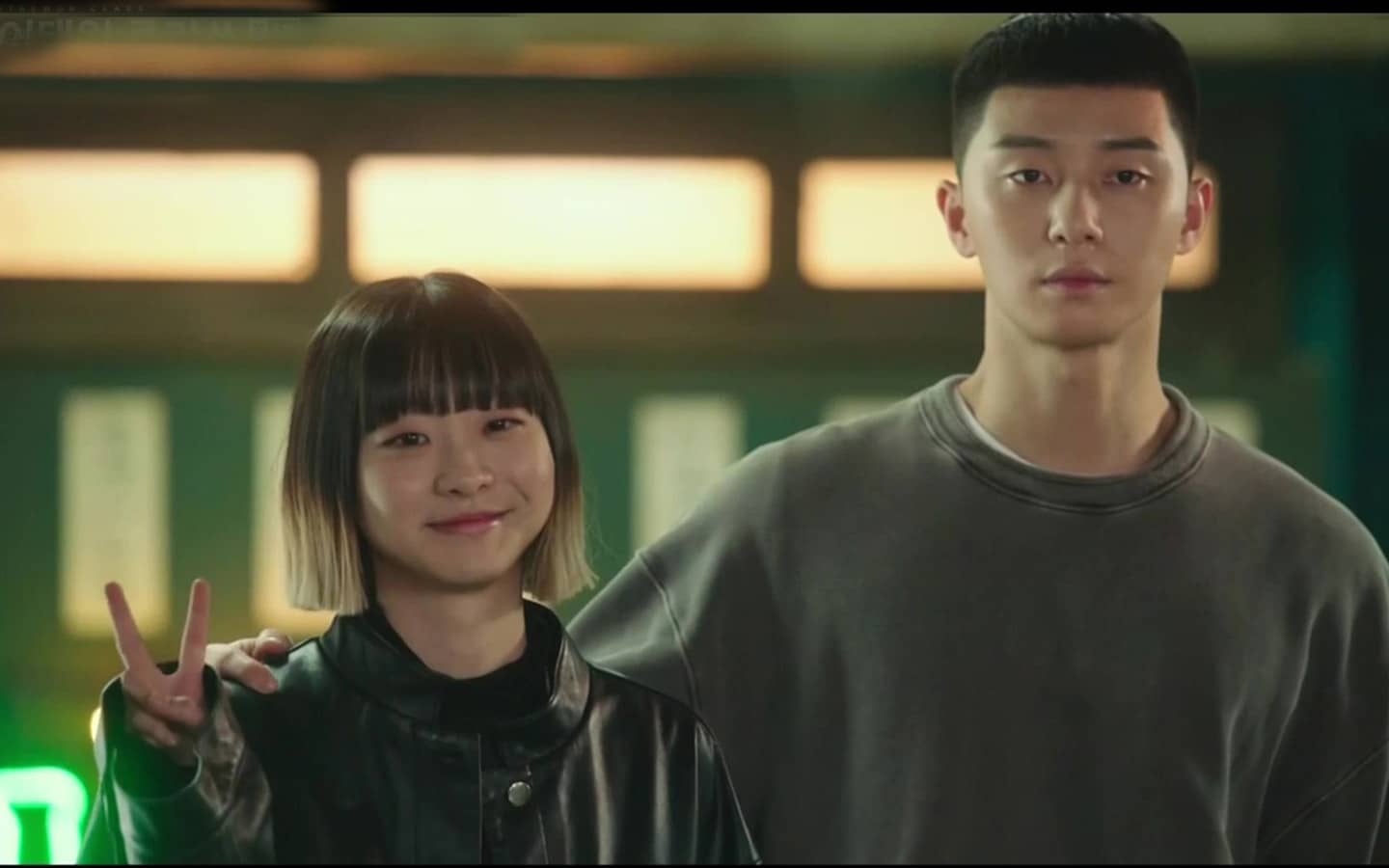 Saeroyi hires Jo Yi-seo to become his manager after she impresses him with her social media savvy. The downside? She is a 20-year-old high school graduate with absolutely no experience, but hey, she’s a sociopathic genius with attitude (and cute, too). 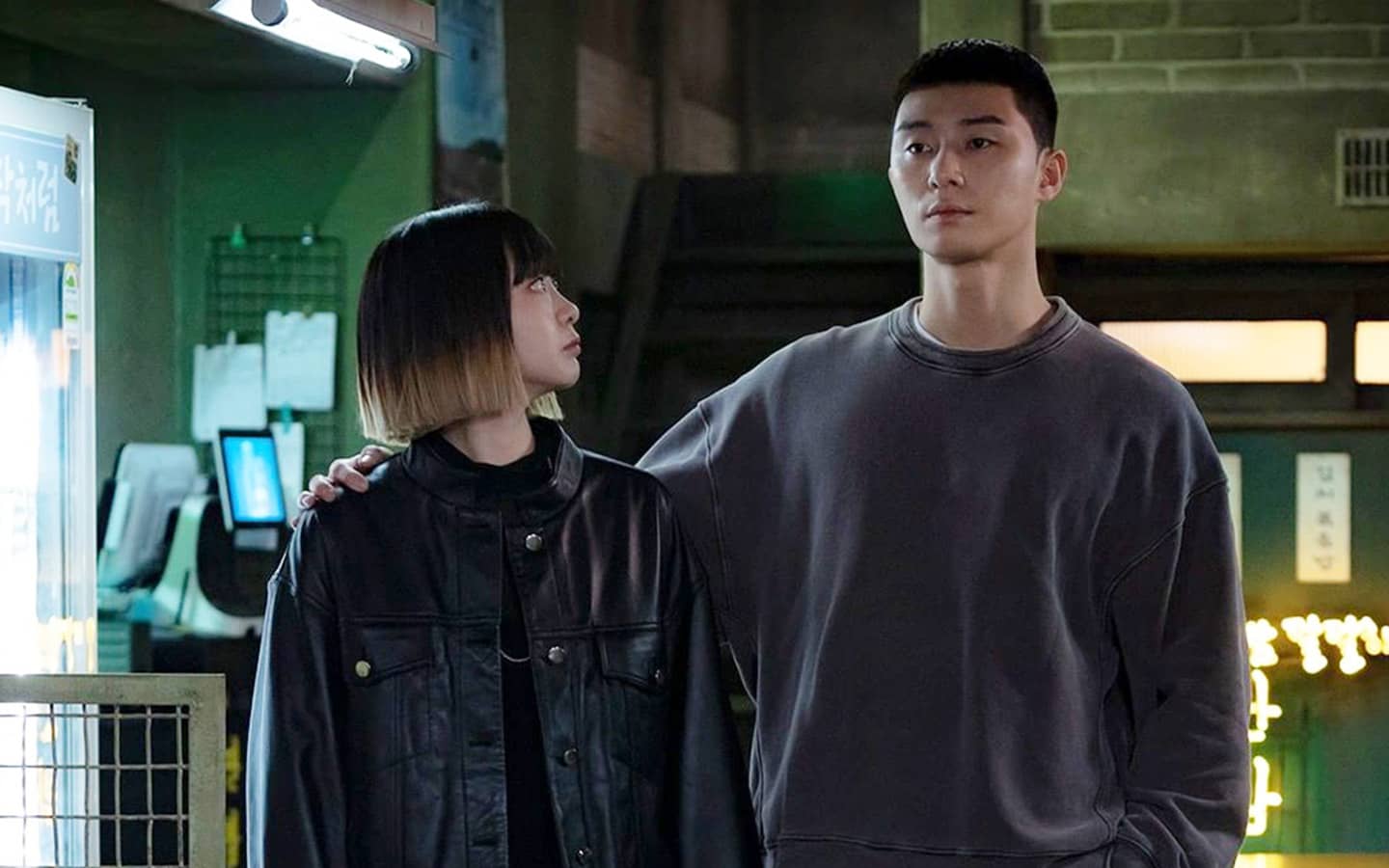 He puts his complete trust in her, even down to her handling the pub’s cash sales. Thankfully, she proves capable, trustworthy, and of course, she’s in love with him too. 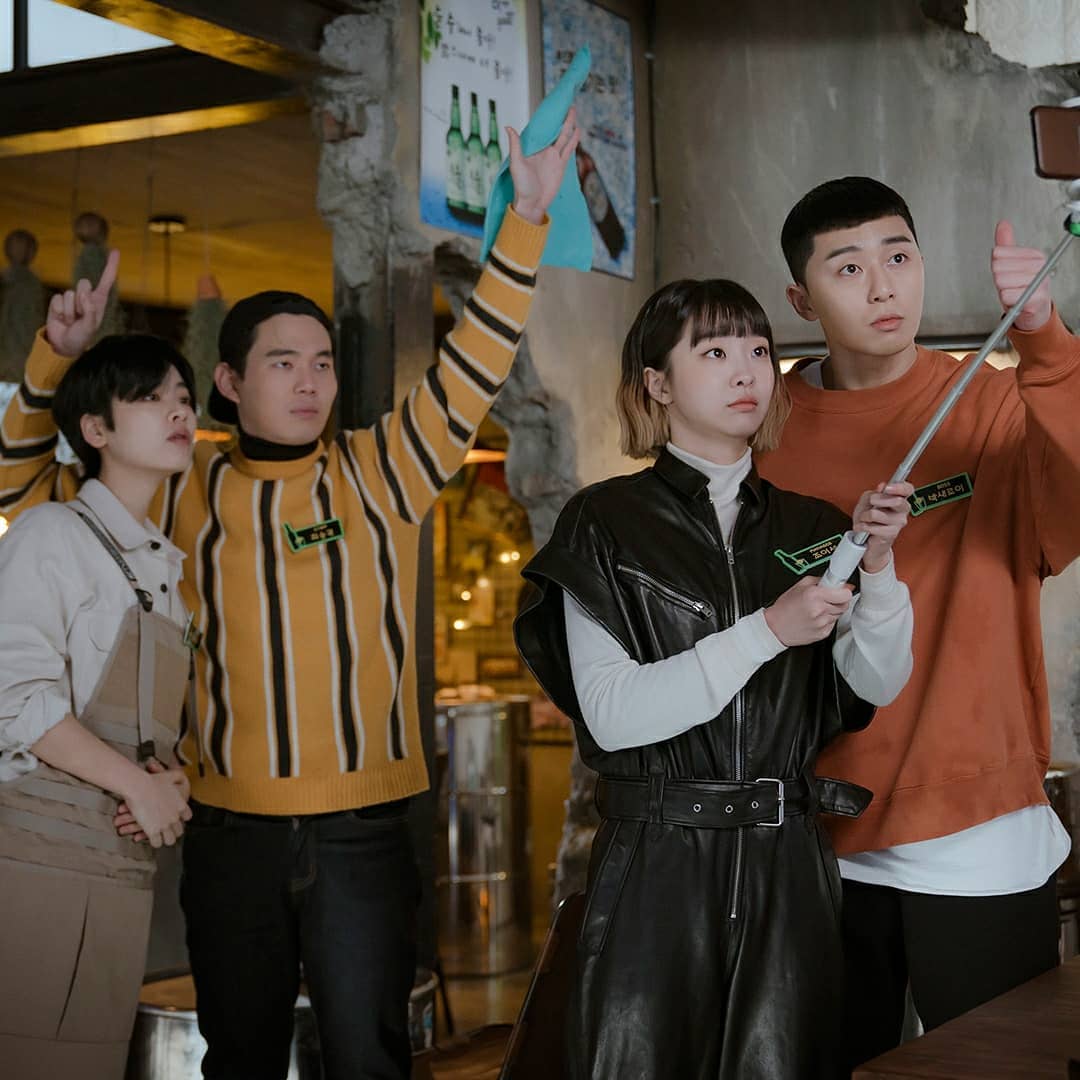 3. Open your restaurant without a marketing plan.

In somewhat naïve fashion, Saeroyi subscribes to the belief that if you build it, they will come. But no one does, until the precocious Yi-seo devises a social media campaign to draw in the crowds. Thank you for saving the day, Yi-seo! 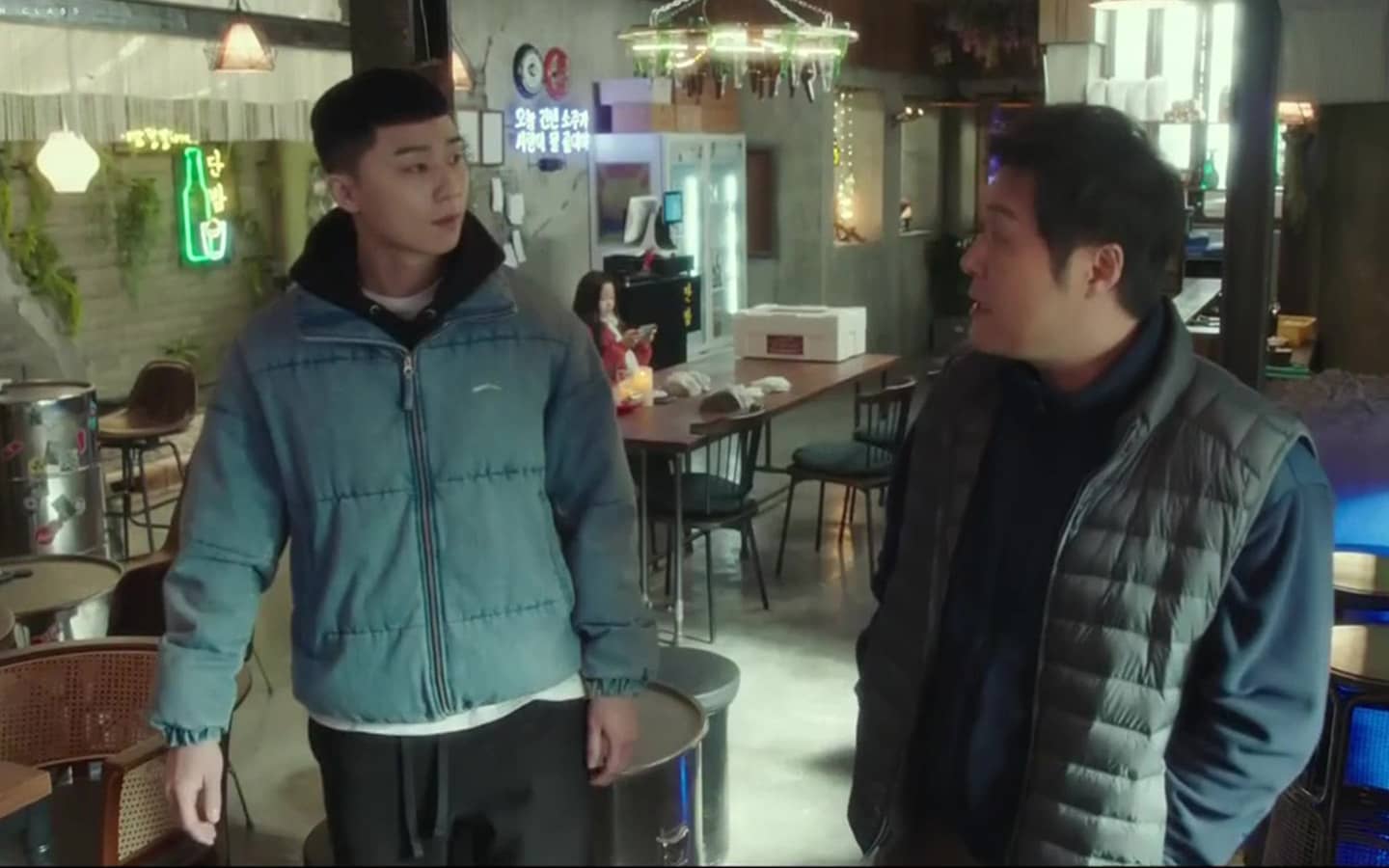 4. Use just one supplier for a majority of your ingredients.

We learn that Saeroyi purchases the bulk of his supplies from ex-cop Oh Byung-Heon with whom Saeroyi has a special longtime connection. 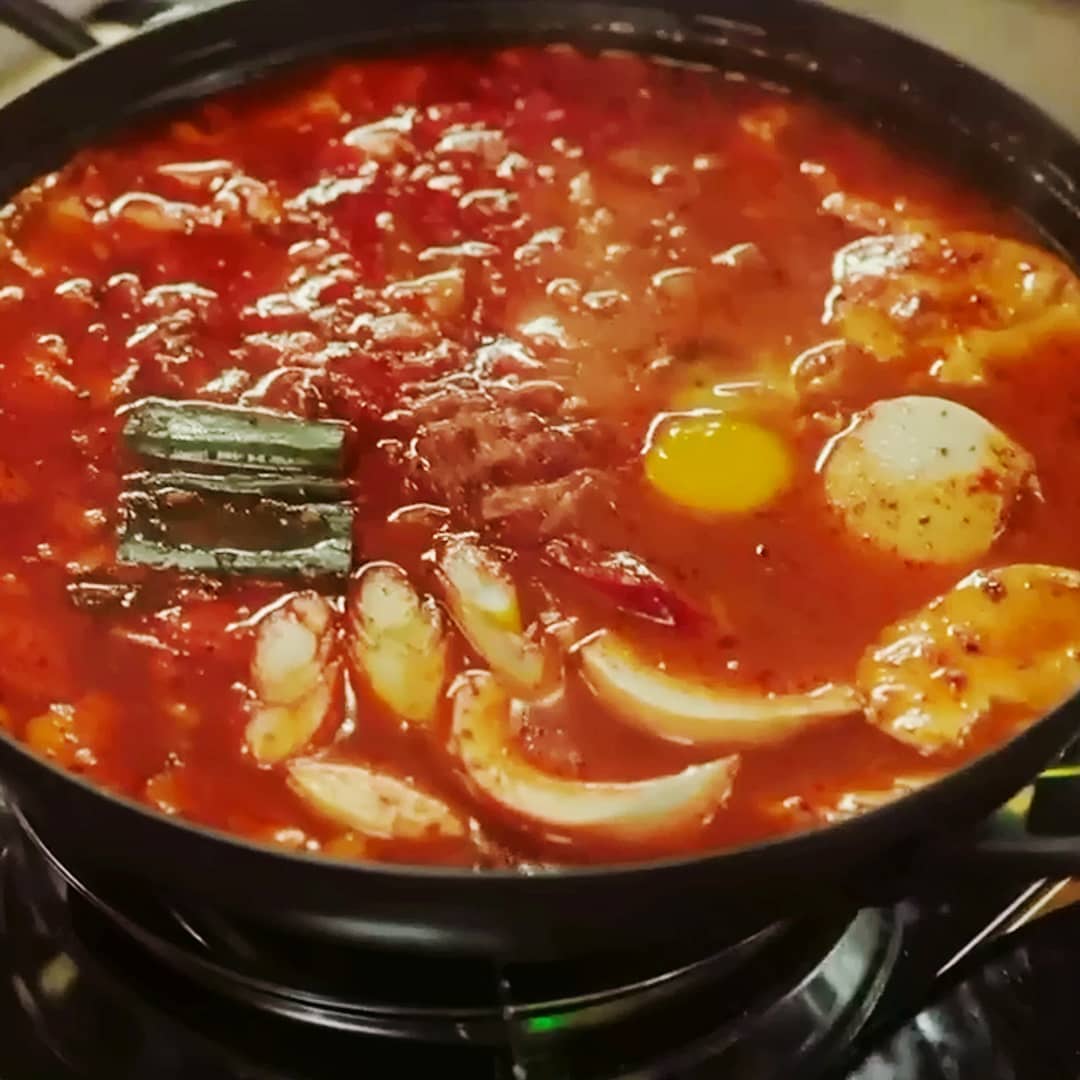 While the quality of his produce is excellent, Byung-Heon is from out of town, not the most practical choice for DanBam. But Saeroyi would have it no other way, valuing relationship over practicality. 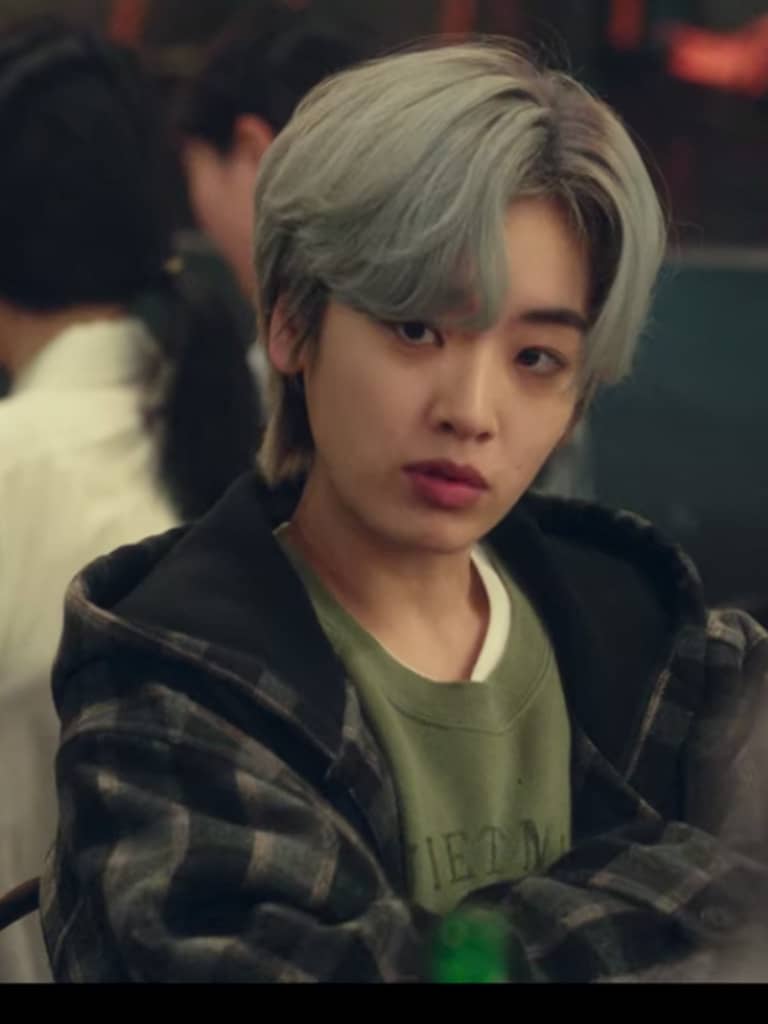 Saeroyi hires Ma Hyun-yi, a workmate at his former factory job, to be his cook, even if she doesn’t really know how to cook. She takes the job out of loyalty to Saeroyi, and as a way to save money for her gender reassignment surgery. 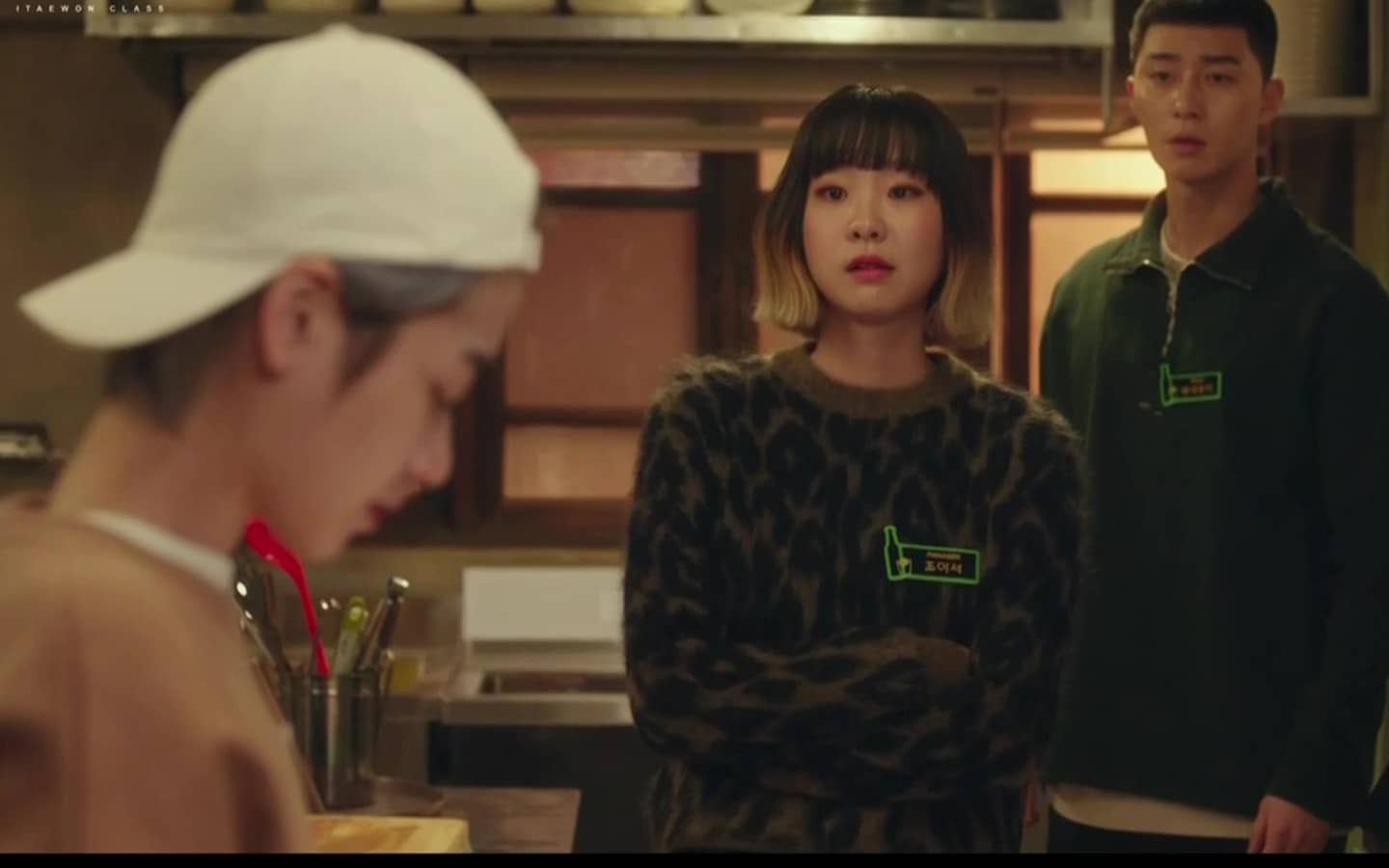 Not surprisingly, Hyun-yi’s cooking is sub-par, despite using the recipes of Saeroyi’s late father (who was an amazing cook). Yi-seo is all set to fire Hyun-yi, but Saeroyi refuses, instead challenging Hyun-yi to improve. And she actually does, even reaching the finals of the The Best Pub TV cooking show. (Find out who wins in Episode 13.) The lesson here? Hire the person, not the skills.

While Saeroyi seems to break every rule in the restaurant business book, by Episode 14, his humble DanBam has grown and is already nipping at the heels of Jangga Food. So, while I wouldn’t advise that you follow in Saeroyi’s footsteps if you’re dreaming of starting your own restaurant empire, there are a few important values to take away from the drama. He may be maddeningly stubborn at times, but Saeroyi never compromises on his principles no matter the cost. He doggedly sticks to his objectives; he values his people and supports them always; he treasures his relationships above everything; and he knows how to pick himself up after every setback he faces, gaining strength and even more determination in the process.

We’ll have to wait until Episode 16 to find out if these values will, in the end, help give Park Saeroyi the happy ending he deserves.

A Beginner’s Guide To 'The King: Eternal Monarch'

In Photos: "It's Okay To Not Be Okay" Cast Members Take Us Behind The Scenes