From Itaewon Class to Vincenzo, the most heart melting scenes begin when dad takes you out for a drink 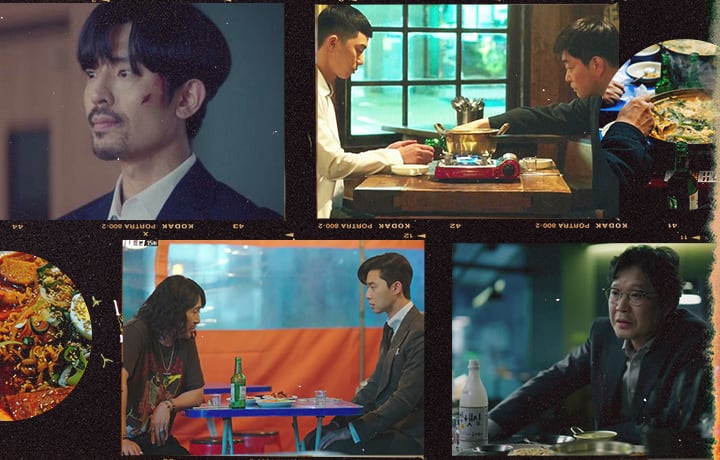 Itaewon Class: Soju and the lesson of sticking to your principles

After Saeroyi punches his classmate for bullying another student, he’s told he will be expelled form high school unless he kneels and apologizes to the other boy — who happens to be the son of the powerful CEO Jang of the Jang Ga Food Company. “If you do something wrong, it’s only right that you get punished. That’s what my dad tells me,” begins Saeroyi, “But my dad also taught me that one must stick to their belief.” In disbelief, CEO Jang asks Saeroyi’s father, Park Sung-yeol, what he thinks. Mr. Park has a look of pride on his face. “I’m amazed by him. He’s doing what he thinks is right and is willing to be responsible.” Itaewon Class: Soju and the lesson of sticking to your principles

Saeroyi is expelled and his dad is forced to resign from CEO Jang’s company. But instead of despair, father and son go to a restaurant where Mr. Park teaches Saeroyi the proper way to drink soju. It’s sweet, remarks Saeroyi, and his dad laughs. “My goodness, that means you had a very impressive day today.” Saeroyi wants to know why his dad isn’t angry with him, and the older man replies: “I know I always told you to stick to your beliefs… and today I could see that you were already living like that. You have no idea how proud I was. I want you to keep living like that, my son.” My vote for the most adorable K-drama dad goes to Kim Mi-so’s father in this series. He’s hospitalized in Episode 14 where he finds out that Young Joon and Mi-so are courting, and he tells them that he’s against it. But why, asked Mi-so when she’s alone with her dad. Mr. Kim smiles in broadly and tells her it’s just strategy. “He’s rich, so he expected we would roll out the red carpet for him. But I know his type. The more obstacles there are, the more he’ll want to win. You’ll see, now he’ll want you even more!” He then insists on having coffee one-on-one with Young Joon, where he tells him to take care of his daughter. “Don’t let her smiles fool you,” he advised, wanting to make sure his little girl will be cherished. It’s too sweet. One episode later, Mr Kim catches the couple right at the moment when Young Joon is proposing. He drags the younger man off to drink and talk man to man. “You really disappointed me today,” he begins. Young Joon gulps. “How can you propose to her with the silly words you’ll only eat ramyun until your body’s full of MSG?” I’m sorry, Young Joon says, I just meant the simple and happy life. His future father-in-law glares. “Then propose to her again! The romance has to be alive, no matter how the times have changed. I can’t allow her to marry a guy who has no style or sincerity!” We totally agree, dad. 15 years ago, sisters Seo Dai-mi and Seo In-jae watch their parents divorce. Younger sister Dai-mi chooses to live with her father, while the older In-jae goes with her mother. Their mother goes on to marry a rich man who adopts In-jae. Their father, Seo Chung-mung, pursues his dream to be a start-up entrepreneur. He and Dai-mi are not well off, but they have a close and happy relationship. They dream of the day when Mr. Seo can get his business off the ground and they be a family again. One afternoon, the two sisters meet up in a park and In-jae tells her younger sister that their mother has married again to a very rich man. She chides Dal-mi for choosing the wrong parent, and makes fun of their father’s habit of bringing home fried chicken on his payday. “Then we have to pretend it’s the most delicious food in the world. Aren’t you tired of it?” she scorns.

That same day, Mr. Seo is hit by a car but ignores his injuries to meet up with an investor. And she promises to invest in his business! Exultant, called Dal-mi. We can be a family again, he says happily, explaining why he sacrificed his job to start a business. “Hear me out. I can picture what the world will be like in the future… I didn’t quit my job because my boss hit me. I quit my job to prepare for a new world.” Unable to tell him that her mother had remarried, Dal-mi cries quietly and asks him for chicken. “That’s easy,” says Mr. Seo. “I’ll bring some Coke too.” But on the bus home, he dies from brain injury, a box of fried chicken still in his arms. Years later, we learn that he was the inspiration behind Sandbox, the fictional Silicon Valley that would give Dal-mi her chance at success and eventually reunite his family together. 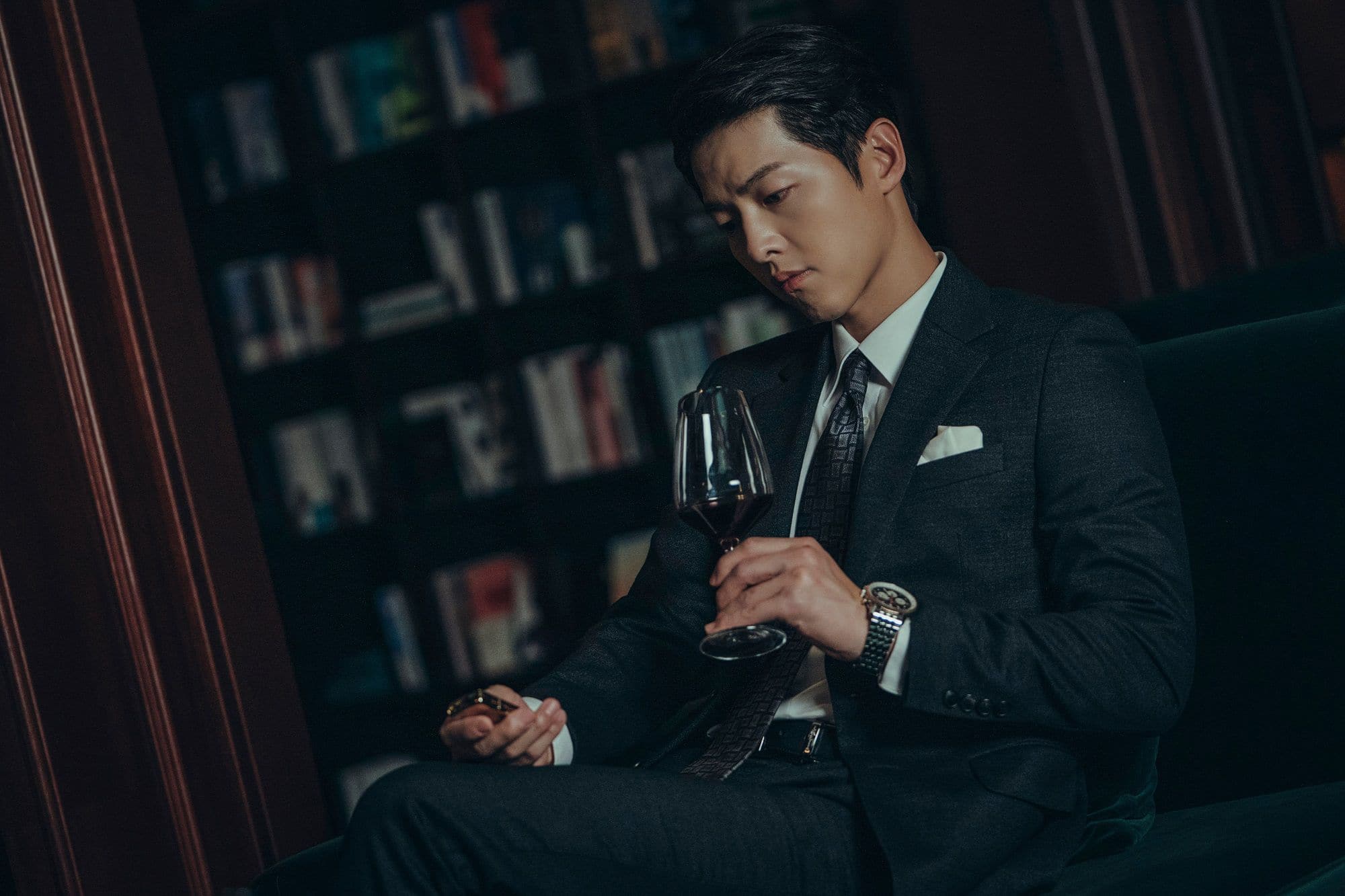 There are two father figures in Vincenzo Cassano’s life. The first is Don Fabio Cassano, the head of the Mafia Cassano family. Vincenzo (actually a Korean orphan adopted by the Italians) becomes his right-hand man, his consigliere. Don Fabio never appears onscreen, but his presence is strongly felt nevertheless. His influence shaped Vincenzo, from his taste in clothes and fine wines, to the ruthless and strategic brain, to his sense of honor. Despite being a Mafioso, Vincenzo observes a certain code of honor which is displayed throughout the series. The first instance is how he refrains from killing his adoptive brother Paolo, in deference to their father. 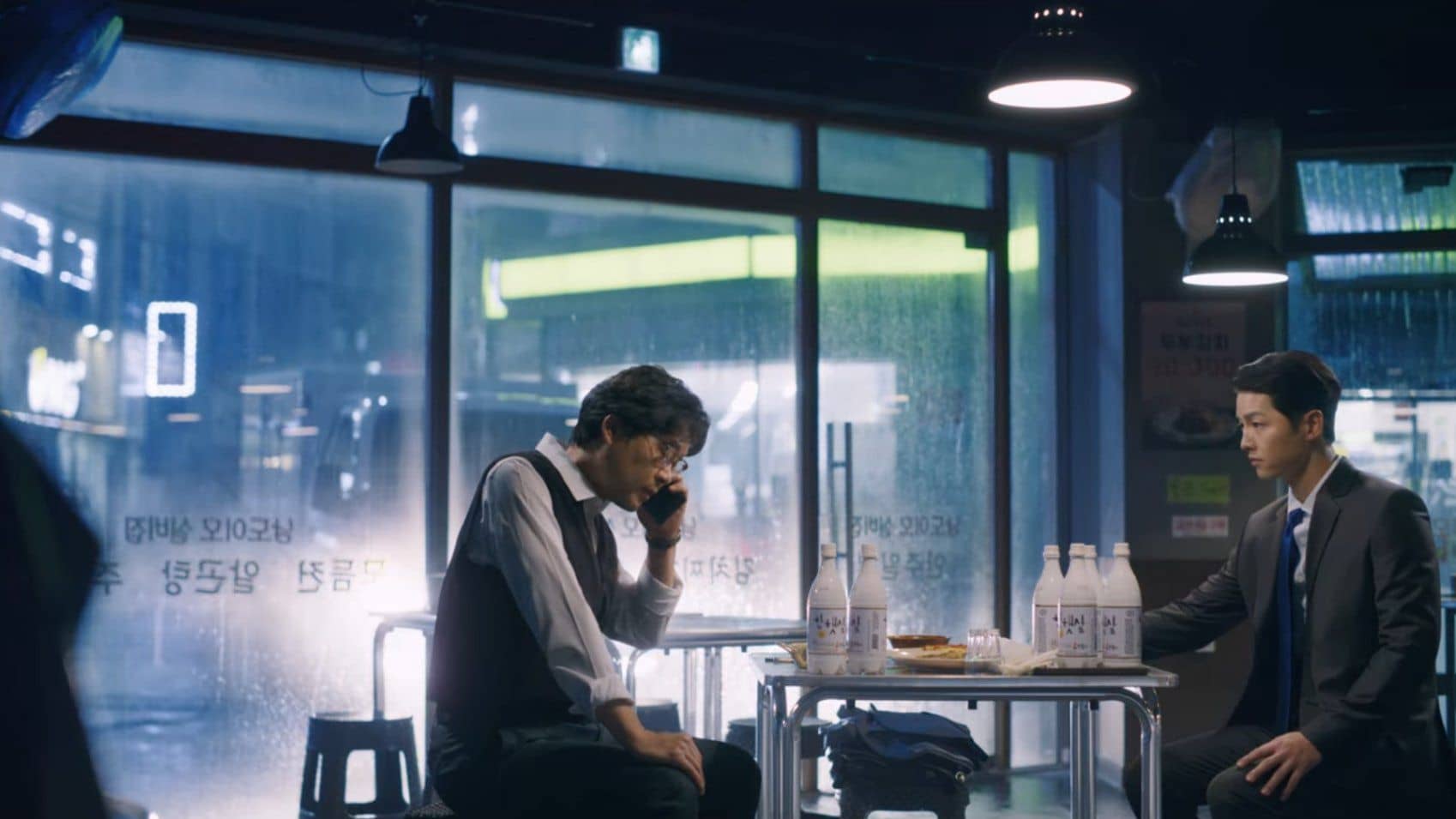 In Korea, Vincenzo meets the lawyer Hong Yoo-chan, father of Hong Cha-young. Lawyer Hong is a righteous man who has dedicated his life to fighting against the corruption. His principal foe, the Babel Group, employs his only daughter. A rapport is established between the two men, with the lawyer subtly drawing Vincenzo into the fight. On the night he and Vincenzo drink makgeolli while they His dramatic death is the push that turns Vincenzo into a dark angel of justice.