“In life, there are no maybes—only yeses and nos,” states Chef Miko Aspiras, as he sits back in his chair and reflects on the most important lesson he has learned in his career. When Aspiras entered the industry over 12 years ago, his passion for dessert and his natural talent for creating world-class pastries were the two things that have enabled him to emerge as a global culinary force in the world of desserts. Just last year, he was included in the Forbes List for 30 Under 30 and had successfully reached the semi-finals of the Valrhona Chocolate Chef Competition, the latter gaining him the status of brand ambassador for Valrhona Asia-Pacific and Pavoni Italia. He is also the first Filipino to be recognized in the prestigious pastry magazine, “So good”.

Aspiras is the executive pastry chef of his restaurant group, Tasteless Food Group, which aims to reinvent and elevate the food scene in the Philippines through bold and innovative dining experiences with concepts such as Le Petit Soufflé, Workshop at The Grid, Scouts Honor, Poison Doughnuts, Freezerburn Ice Cream and Dessert Bar, Hole in the Wall, and many more. While his journey as an award-winning pastry chef is well known, he admits that his success did not come easy. “I started to develop and know my role in the kitchen even before graduating college; I knew my strength was in desserts. But getting work in the dessert kitchen wasn’t always easy and there wasn’t a lot of work exclusively in that side,” he says. As such, he had to expose himself to the different sides of the kitchen. True to his competitive nature, he strived to improve his craft by engaging in professional pastry competitions and pushed himself to go beyond what he learned every day. In return, these endeavors have helped further fuel his passion and exercise his talent. “At first, for me, it was about winning gold medals, but today, I realized that learning, exposure, and discovering your full potential are so much more important,” Aspiras remarks. 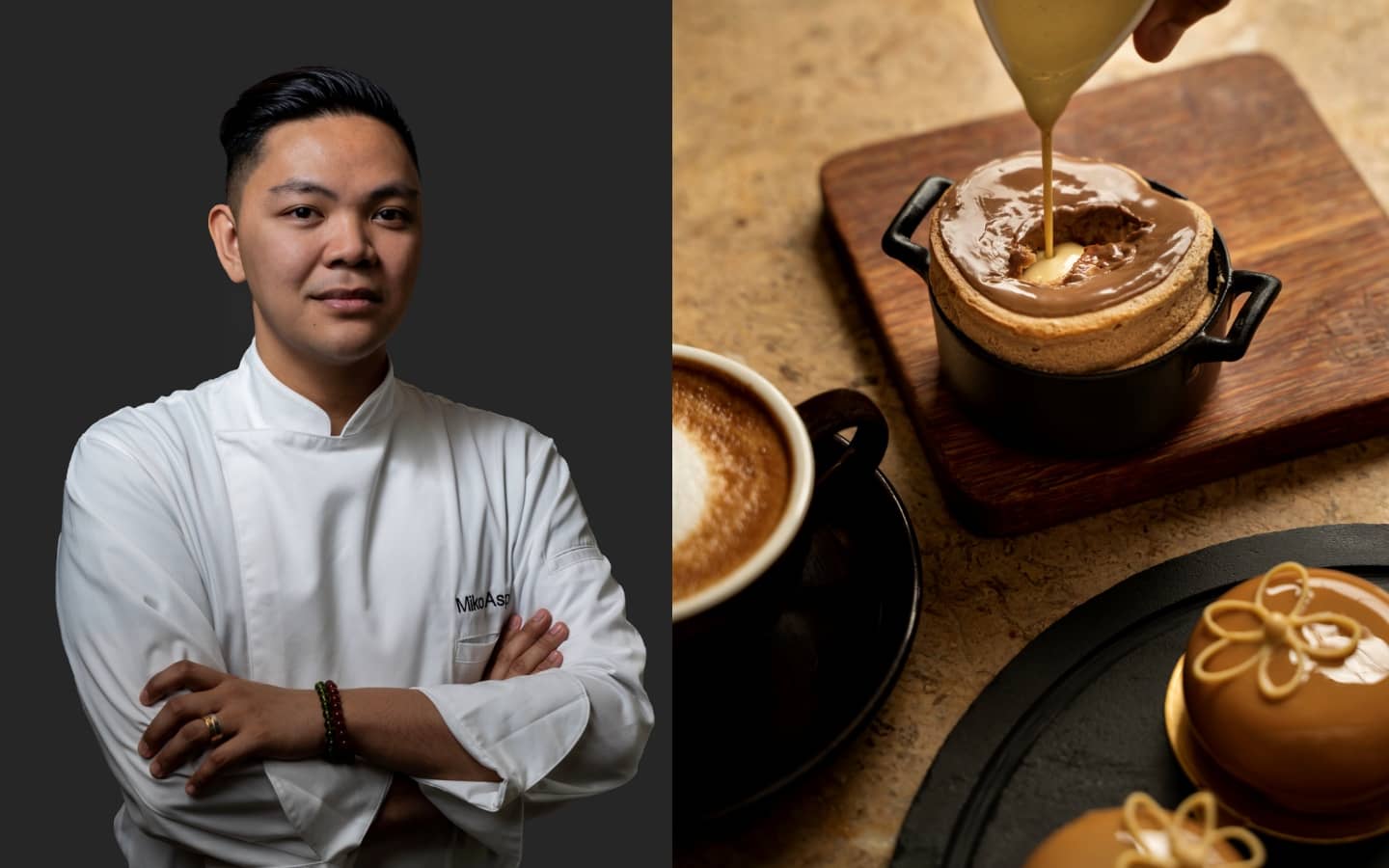 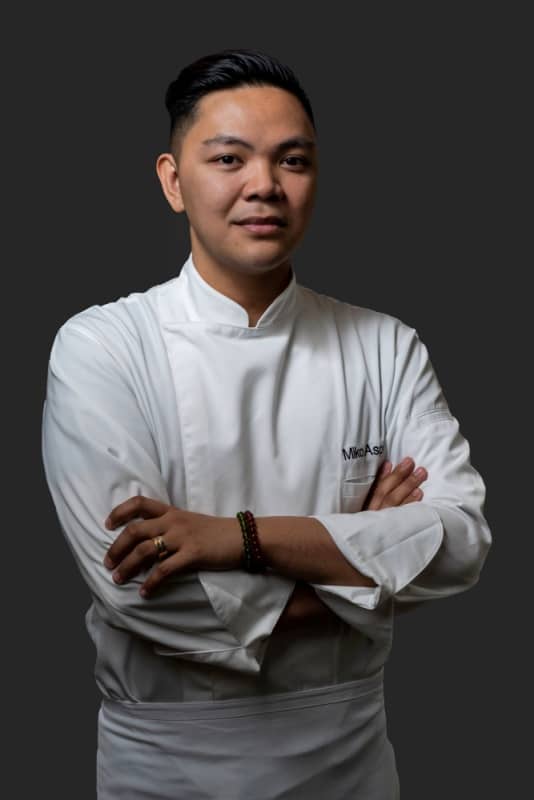 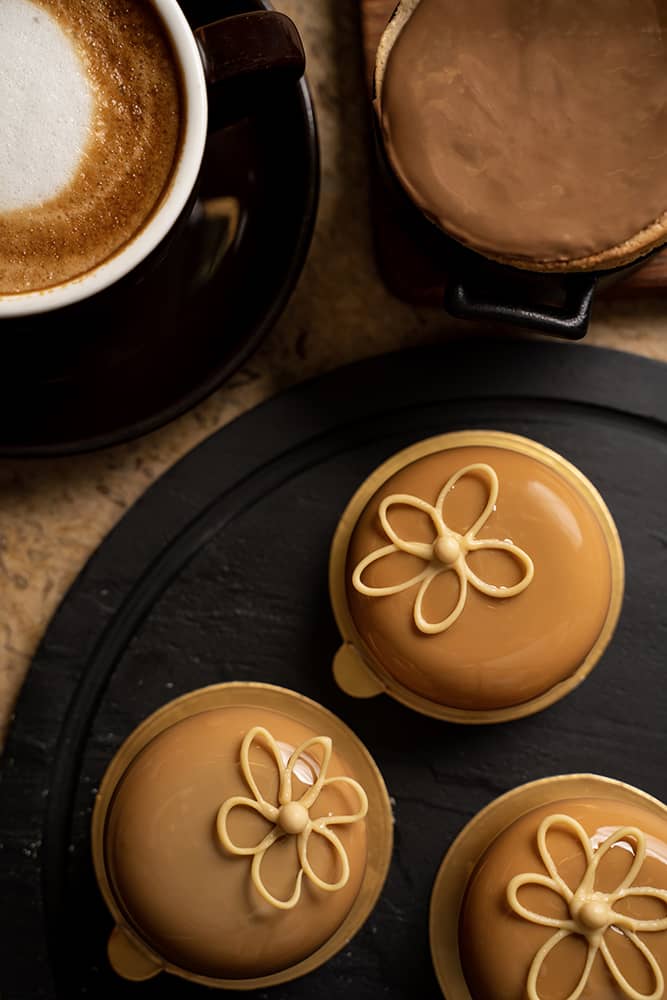 Nutty Tropical Petit Gateau at Workshop at The Grid

Today, filled with sweeter and bigger dreams, Aspiras has moved to Sydney with his husband in hopes of gaining even more knowledge and growth in his career as a pastry chef. If what he has done in his time in the local culinary scene is any indication, Aspiras will prove successful in whatever he sets his mind to and wherever he may be in the world.

For the Amex For Foodies campaign, American Express Cardmembers in the Philippines can enjoy one-of-a-kind creations at Le Petit Soufflé and Workshop at The Grid until December 31, 2019. At Le Petit Soufflé, indulge in a complimentary Hazelnut Soufflé with every P1,500 spend*. At Workshop at The Grid, dig into a complimentary Nutty Tropical Petit Gateau with every P500 spend*.

“I wanted for the featured desserts to be truly one-of-a-kind, something we have never made at both concepts. I wanted both desserts to be luscious and decadent. The soufflé is made a la minute, as usual, with a homemade hazelnut puree, adorned with Valrhona Azelia hazelnut milk chocolate, and served with vanilla sauce. For the mini cake [at Workshop], I decided to entice the palate with tropical flavors of passion fruit and mango, swirled with salted caramel.”

Taste the experience with #AMEXFORFOODIES.  Click here to learn more about this campaign.

Bucket List: Where To Eat In Siargao According To JP Anglo