LOOK: This Korean Pastry Was The Reason For The Cutest Romantic Scenes In Vincenzo

Plus: Where to buy bungeoppang in Manila

The last two episodes of Vincenzo released over the weekend and were so explosive that I'm still coming down from the high. Which is why I rewatched my favorite scenes and, since I'm a foodie, I naturally zeroed in on this series of cute scenes about bungeoppang.

In Episode 12, Vincenzo and his partner/love interest Cha-young stop at a pojangmacha (street food cart) for some bungeoppang. These are fish-shaped pastries with sweet fillings, usually made with red bean paste. “What’s the difference between bungeoppang and ingeoppang?” asks Cha-young. “The shape of their mouths,” replies Vincenzo.

Cha-young insists it’s the dough that makes the difference. They bicker and then agree that the winner gets to “finger flick” the loser. "I won’t hold back," warns Vincenzo, and Cha-young looks like she wants to stick her tongue out at him.

Later, in Episode 14, Vincenzo and Cha-young are in the hospital visiting  Kyung-ja who was introduced to us as a former client of Cha-young's father. Of course we know (though Cha-young doesn't) that she is also Vincenzo's real birth mother. Today, they've brought her a bag of freshly baked bungeoppang and she beams at the sight.

“It’s so good! Really tasty,” Kyung-ja says happily, biting into one. Then she says: “Do you know how bungeoppang is different from ingeoppang? Bungeoppang looks like it’s saying ‘bung’ while the ingeoppang looks like it’s saying ‘ing.’” Basically, she's repeating what Vincenzo had said earlier about the difference being in the shape of the fishes' mouths. Cha-young looks sharply at her and then glances at Vincenzo. And I think this is the moment when she realizes that he is Kyung-ja’s long lost son.

Later, Vincenzo decides to tell Kyung-ja that he is her son. On the way to the hospital, he stops to buy her some bungeoppang, arriving too late to prevent a tragedy.

For the record, bungeoppang and ingeoppang are made with different kinds of dough which account for the differences in taste and texture. And yes, Cha-young gets to finger flick Vincenzo in this funny, kilig scene right here:

Bungeoppang gets its name from the combination of " bungeo" (붕어) or carp, and "ppang" (빵) or bread. It's a fish-shaped pastry traditionally filled with sweet red bean paste, although there are lots other flavors like custard or chocolate. For the best bungeoppang experience, you should head to Seoul or Myeongdong where numerous pojangmacha sell this treat. It's especially popular in the cold winter months between December and February.

The book Bungeoppang Has A Family Tree tells us bungeoppang evolved from Japanese taiyaki. They are very similar, but taiyaki is shaped like sea bream while bungeoppang looks like carp. Both are made following the same technique: batter is poured into fish-shaped moulds that resemble waffle makers. The filling is added, and then the molds are pressed shut and cooked. I need to buy some bungeoppang molds of my own.

Bungeoppang became popular in Korea in the 1930s when the country was under Japanese rule. It soon fell off the radar and only regained its popularity in the 1990s when South Korea was going through a retro craze. It's been in high demand ever since, with enthusiasts even collaborating on a “bungeoppang map” on Google maps to help each other find their favorite stalls, complete with notes about location, brief reviews, prices and operating hours.

We know you probably won't be able to travel to South Korea for bungeoppang just yet, so we're sharing where you can order bungeoppang in Manila. Just click through the gallery below: 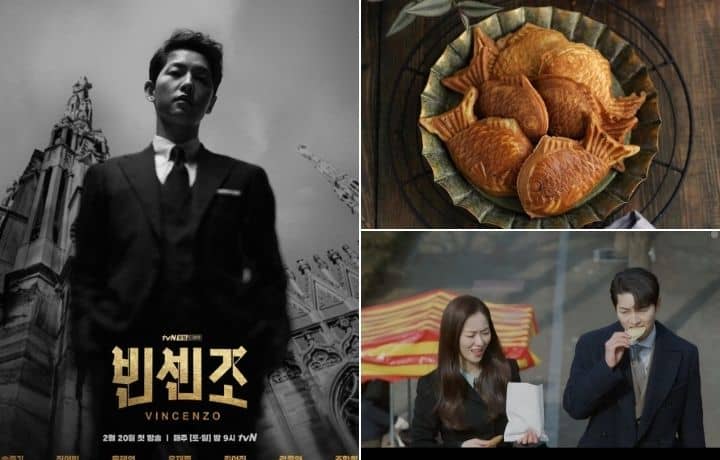 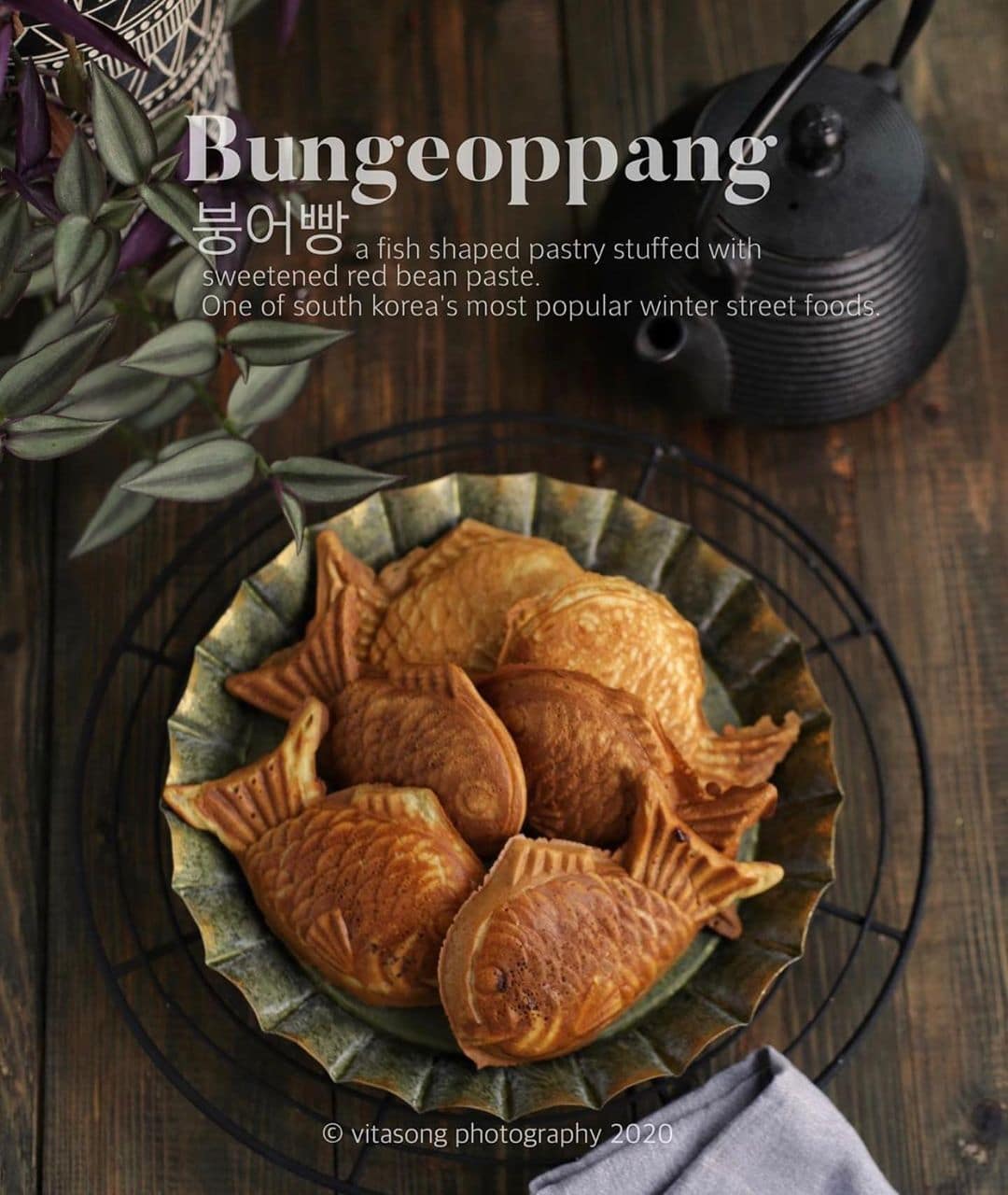 Get the classic bungeoppang with the traditional sweetened red bean filling from @koreangroceryfinds. 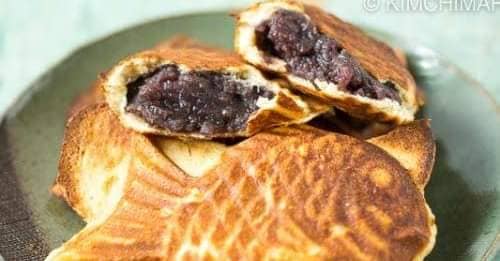 If you live in the south, we recommend ordering from 3 Kings. They make bungeoppang in three flavors: classic red bean, creamy custard, and fun chocolate at P25 per piece or P60 for 3 pieces. They even deliver to Los Baños. To order, send a DM to 3 Kings Korean Food Hub on Facebook. 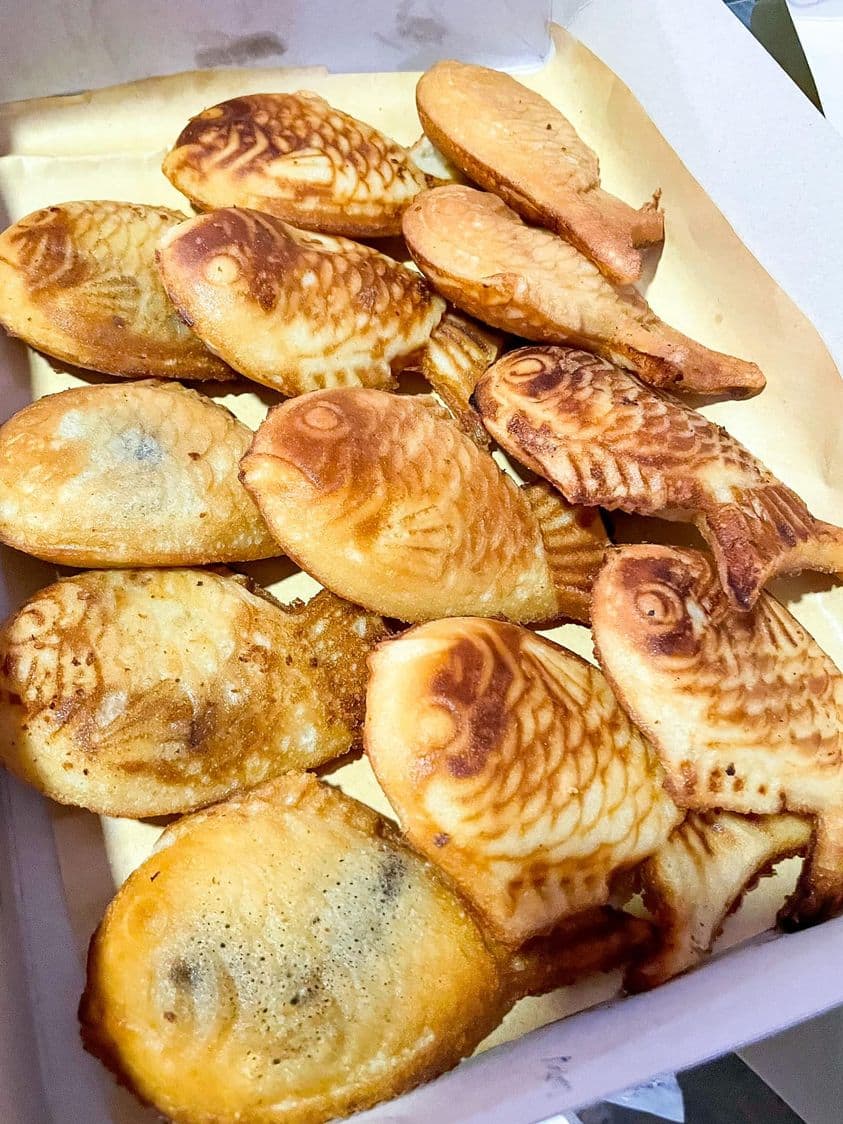 If you're in Bulacan, you'll be glad to know they make bungeoppang in red bean, custard and cheese flavors. Just what you need to get the Vincenzo vibe. Manila residents can order from @guleumshiro.goodies. They make bungeoppang in plain, chocolate, cheese, red bean and custard. Just drop them a DM. 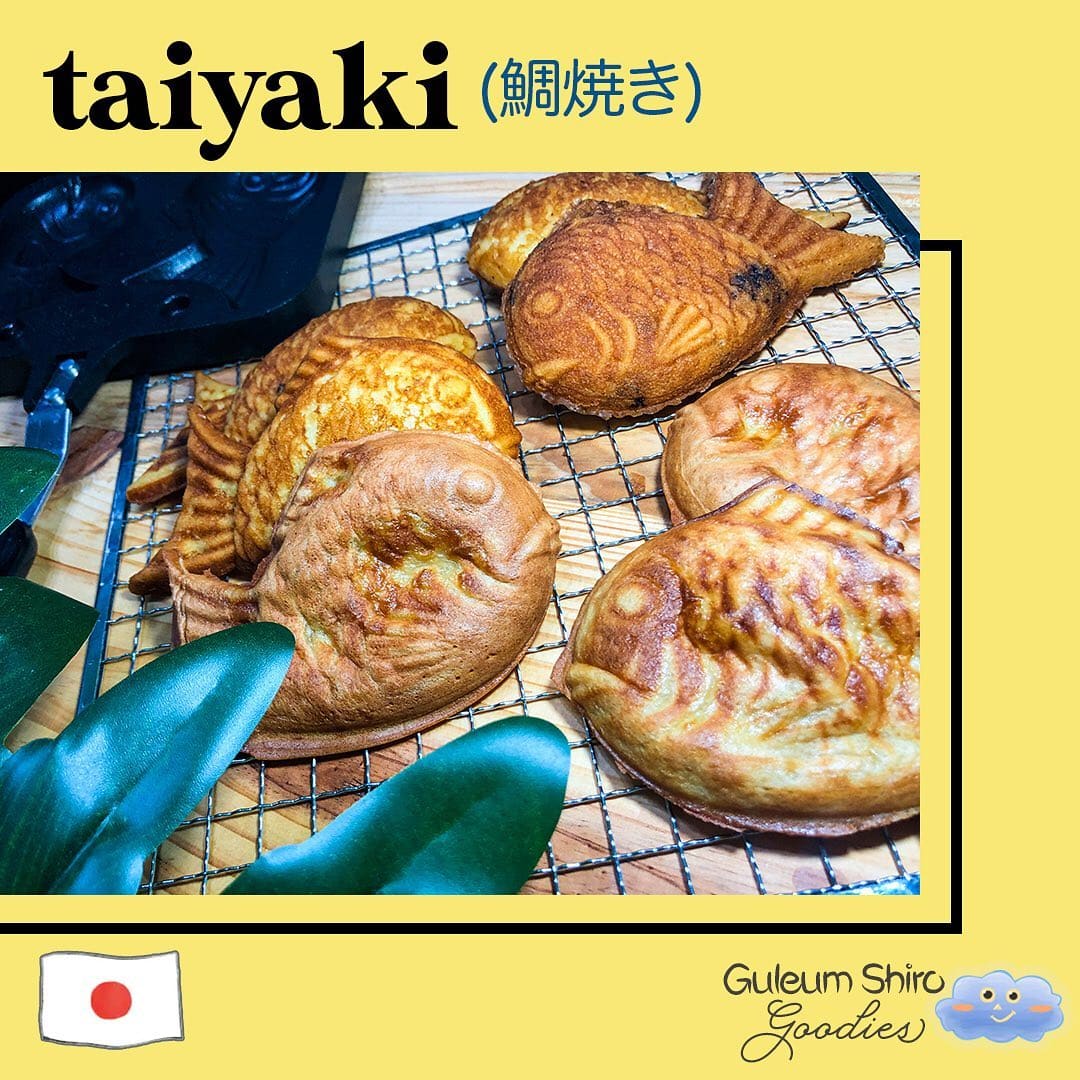 And just in case you're curious about the difference between a bungeoppang (carp pastry) and a taiyaki (sea bream pastry), Guleom Shiro also makes taiyaki in several flavors. Drop them a line. 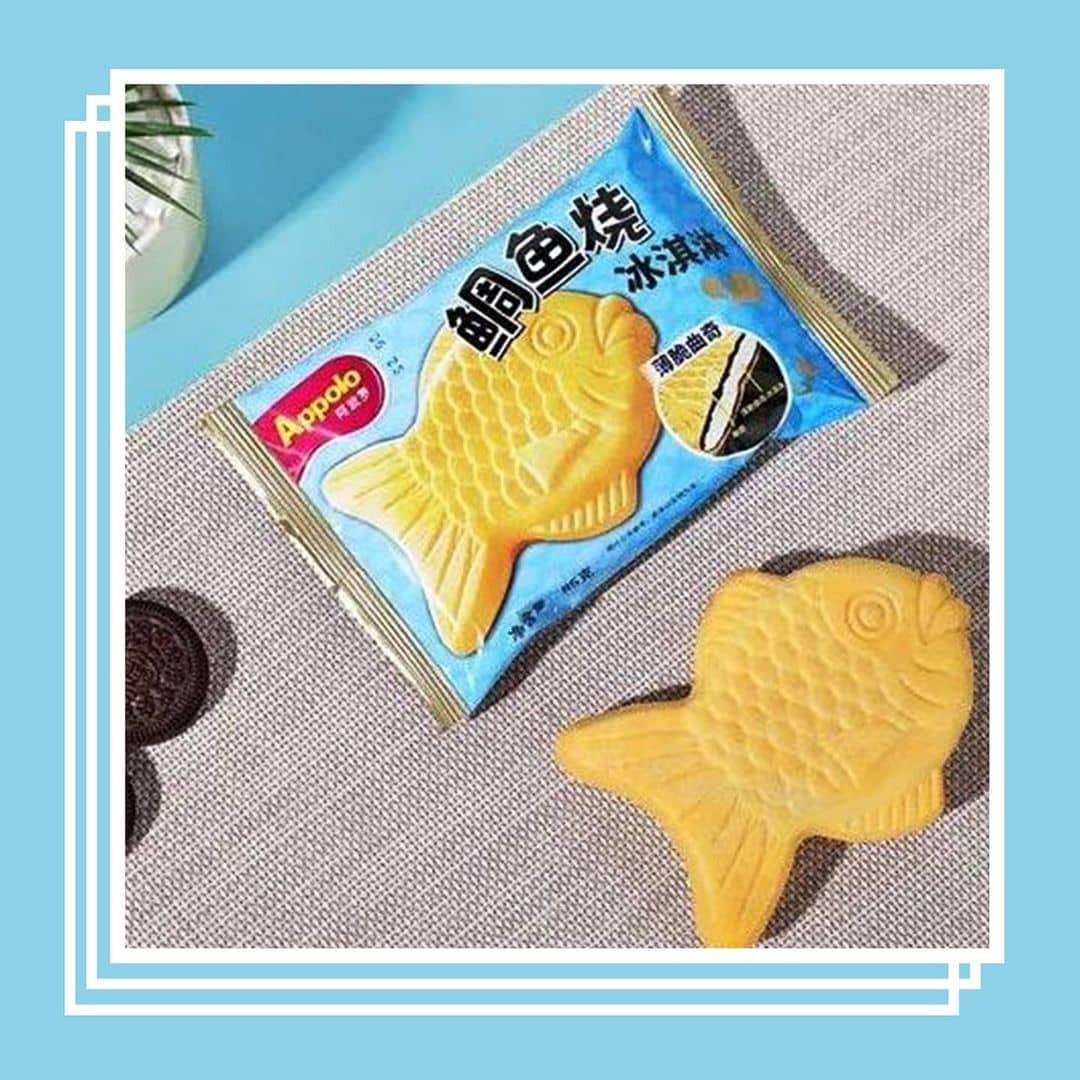 Bungeoppang is popular in the winter months because of the wonderful way this hot, steaming pastry warms you up. But since we're in the middle of summer, I thought you might want to sample this icy cold taiyaki with cookies and cream filling. Just message @dairyfreezeph and ask about their other Asian frozen delights.