This Italian-Japanese celebrity chef just opened his first Salvatore Cuomo Café at The Podium with fabulous pizza, pasta, and other Italian classics to savor

Setting the right mood for diners to relax and linger is a warm and inviting eatery designed by Milan-based Tomaso Piantini of HIT arcHITects. This large modern space boasts extra high ceilings, warm brick walls, textured wood furnishings, with real trees used as table centerpieces, A vertical grass wall welcomes you, making you feel like you’re communing with nature while enjoying all the comforts of eating indoors.

Chef Salvatore aims to introduce to a broader crowd his take on Italian comfort food that reflects both his Italian and Japanese heritage, while at the same time showcases his dual role as a chef and pizzaiolo or pizza artisan from Naples, Italy (which many consider the birthplace of pizza).

Just like at Chef Salvatore’s other restaurants, a traditional wood-burning oven occupies a prime section in the café’s open kitchen set-up. This type of oven ensures that his Napoli-style pizzas, a perennial star on his menus, are made as close to the authentic way as possible, following the centuries-old technique of baking pizzas in a scorching hot traditional wood-fired brick oven at the ideal high temperatures of 400° to 450° Celsius.

Unlike at his other restaurants though, diners at Salvatore Cuomo Café also get to enjoy another style of handcrafted pizza, called traditional Italian pan pizza, resurrected by Chef Salvatore using an old favorite home-style dough recipe. According to Chef Salvatore, this older style of pizza originated in the areas between Napoli and Sicily, and is usually just made (and eaten) at home. Although I’m not a fan of thick-crusted pizzas, or more specifically American or Chicago-style deep dish pizzas, I did like Chef Salvatore’s Italian style pan pizza, with its more flavorful, half-inch thick, springy focaccia-like crust versus the usually more densely bland thick crust of American-style deep dish pizza.

The extensive café menu contains a substantial selection of appetizers, soups, salads, piadina or panini, pastas, entrées, and desserts to choose from. But for the best dining experience, don’t skip ordering a pizza as Chef Salvatore’s pies are really the stars. 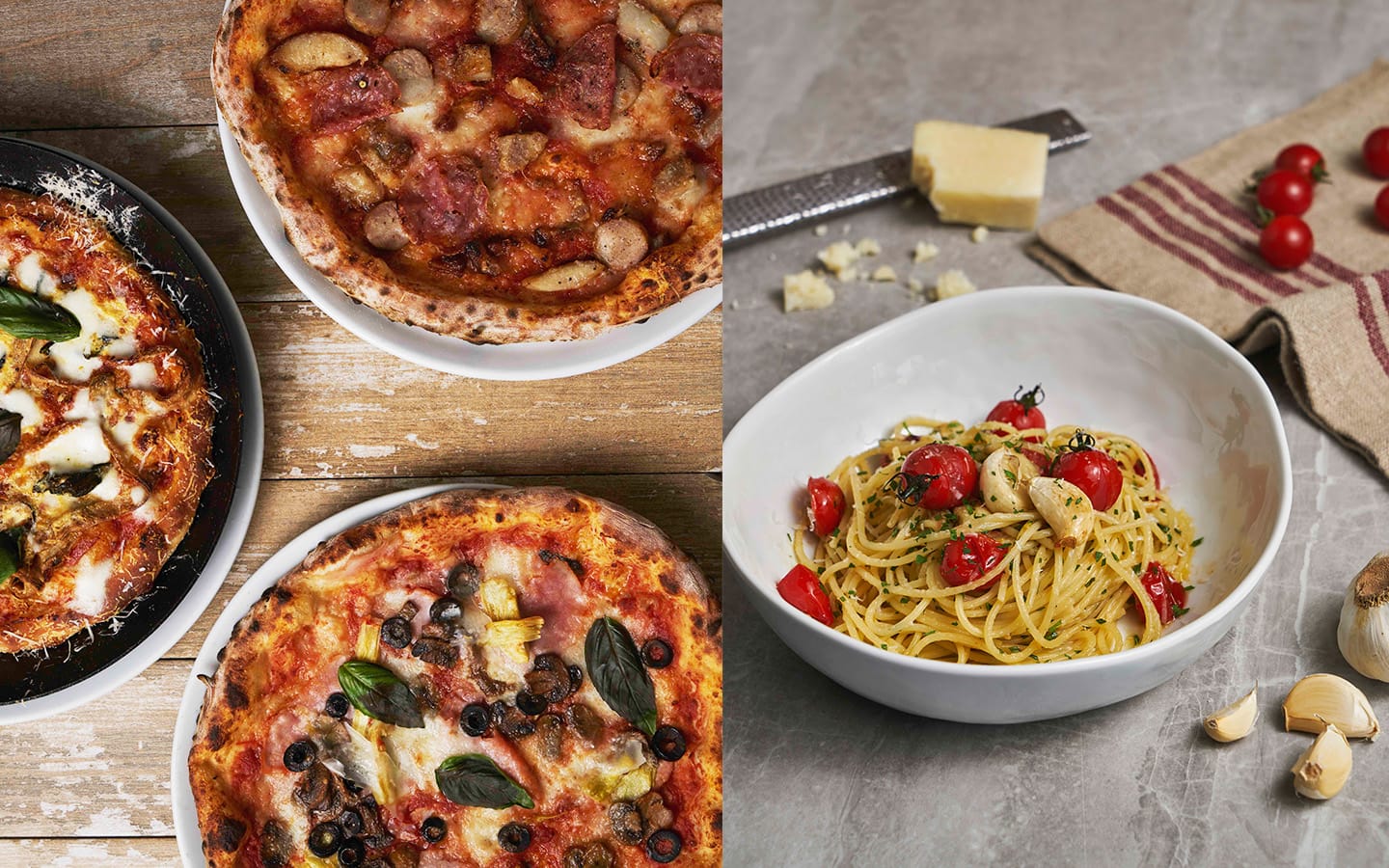 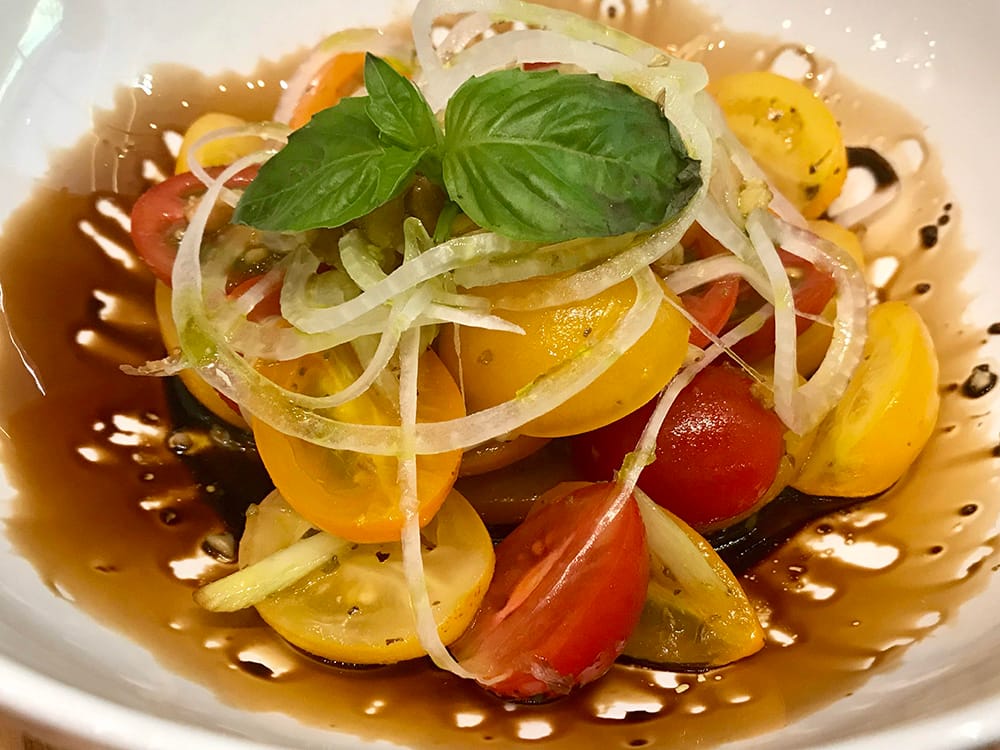 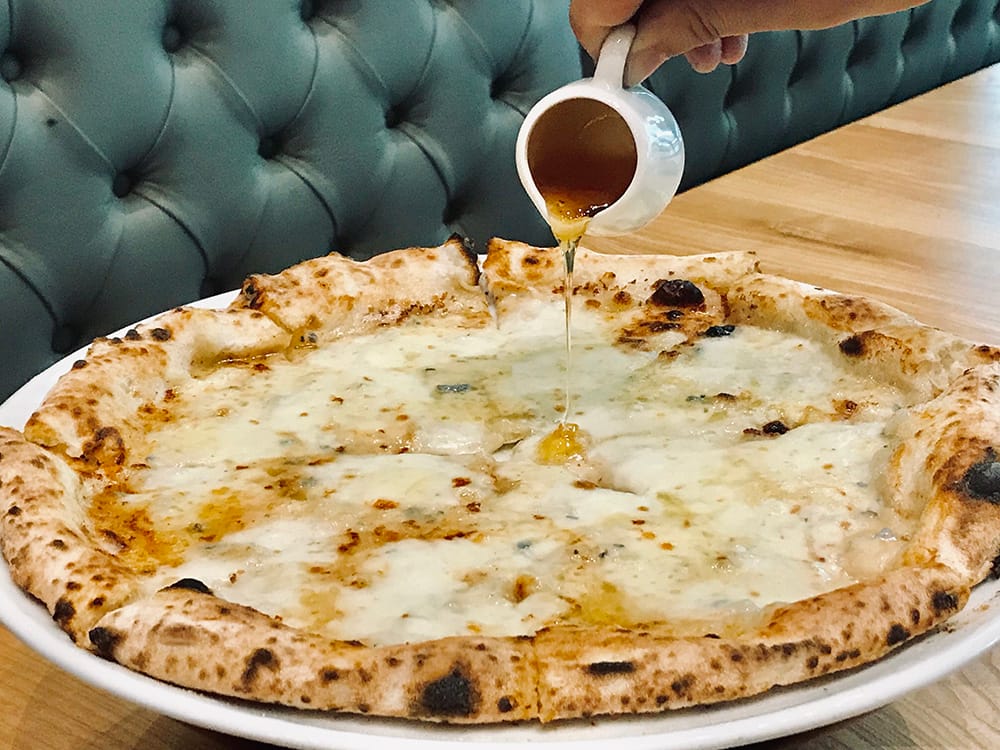 Among the pizzas, I recommend the Four Cheese made with mozzarella, gorgonzola, provolone, and asiago cheese that comes with a side of honey that you drizzle on top of the pie before eating, as well as the Margherita for the pizza purist or those who prefer their pizzas with tomato sauce. Wine And Dine Like The Italians Do, Aperitivo Style, In The Heart Of Poblacion