With toppings like cochinillo, chorizo, and eggplant, The Naked Foodie indulges in his favorite Spanish-Filipino rice dish

Paella was never at the top of my list when it came to choosing decadent dinners, but this soon changed after I moved to the Philippines. While the roots of paella stem from Muslim inhabitants cultivating rice in Spain, Valencians gave the dish life and eventually rice became a staple throughout the country. It’s no secret that many Filipino dishes have Spanish influence and have, in fact, evolved to take on a life of their own. A Spanish friend in Manila once turned to me at dinner and said, “This is not Spanish paella, we would never put egg on our paella.” His disdain for this delicious alleged-counterfeit-pan of rich, flavorful rice acting as a bed for seasoned shrimp, tender chicken, spicy chorizo (and just about anything else you would want it) reflects the true nature of the fusion of the paella that we enjoy in the Philippines. Filipino paella now ranks among some of my favorite dishes in the Philippines, so I’ve whipped up a list of one-of-a-kind paellas and where you can sample them: 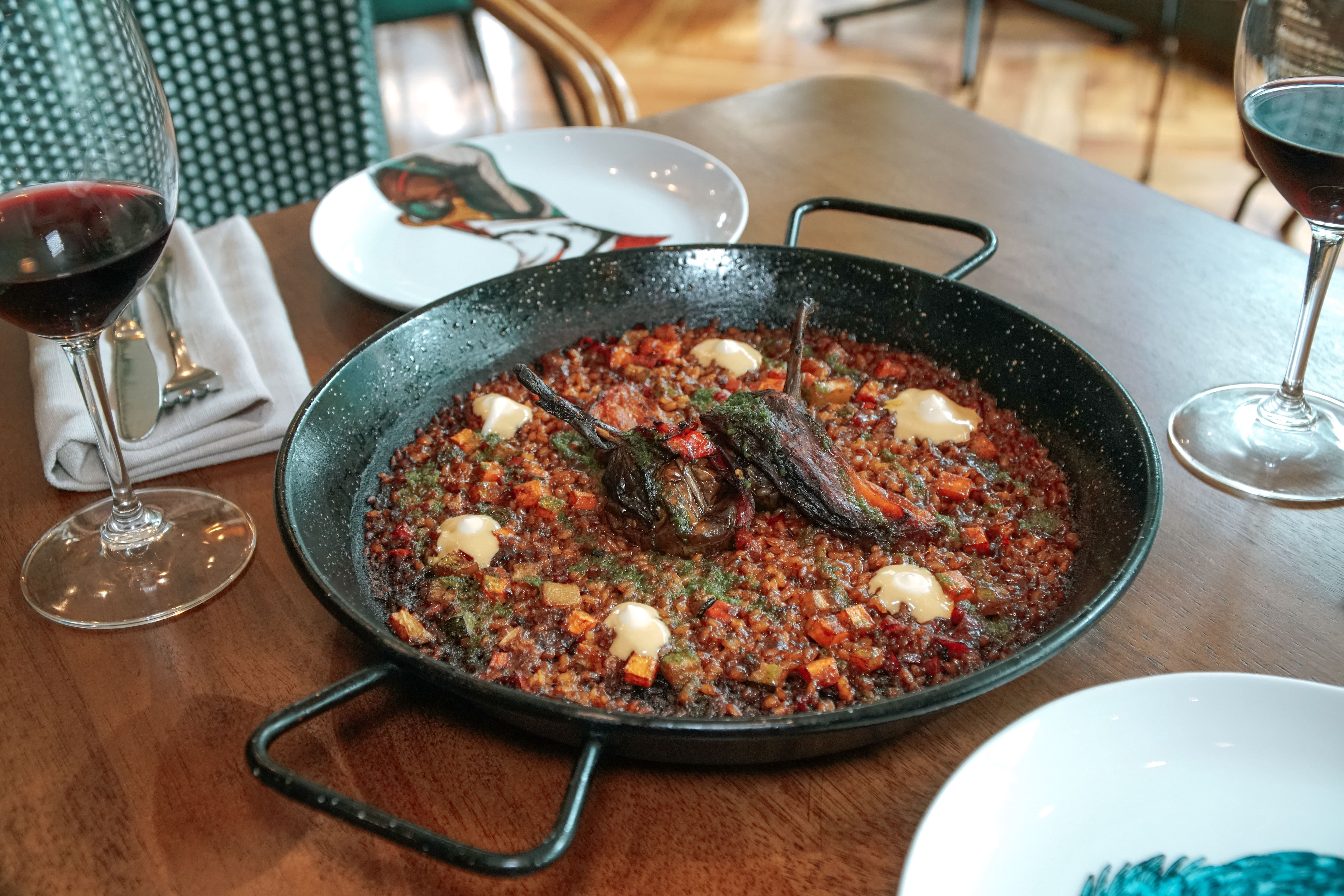 Labeled under the menu headline “Thug Paellas,” the Vegetarian Paella at La Picara leaves nothing to be desired. As a meat eater who can chow down on bottomless Korean BBQ, I’m here to say that the eggplant in this Vegetarian Paella gives the dish a meat-like essence, and the dish is perfectly seasoned. Pair this with a glass (or two) of their fine selection of Spanish wines and you’ll be ready for a siesta after el postre.

When paella, sisig, and cochinillo come together, it’s sure to not only have your mouth bursting in flavor but also satisfying your Monday cravings.

Speaking of fusion, the Paella Filipino at Alba lends itself to offering all the flavor of a traditional paella combined with the Filipino flair found in sisig and cochinillo. That’s right, this paella has sisig and cochinillo in it, not to mention the mariachi band that serenades you while you devour it. Alba also has the best chorizo meatballs I’ve had at any Spanish restaurant in the Philippines (so far—I’m still scouting for other contenders).

Paella de Chorizo y Pollo is a staple for me when I visit Barcino. While indulgent with seasoned chicken and chorizo, it isn’t quite as rich as the other paellas mentioned here, and it’s the perfect dish to introduce to paella virgins or picky eaters who perhaps aren’t as adventurous as foodies are known to be.

Thinking of what to eat tonight? 🤔 Try the Paella de Cochinillo |📸: @carrolync #RamblaPH

The Paella de Cochinillo from Rambla melts in your mouth like you’ve eaten a spoonful of your favorite butter. I call this my “Christmas Paella” because when I think of a dish that’s perfect for a special occasion or celebration, it’s the Paella de Cochinillo from Rambla. This dish is best paired with a salad and other light tapas because it stands out as a star on its own. And while I’m not hugely into seafood paella, word on the street is the Paella Negra with Squid and Salmon is worth loosening your belt for. I’ve also never been disappointed with the wine selection at Rambla which pairs perfectly with dinner.

The author is a food and travel blogger (IG @thenakedfoodie_official); founder of Naked Patisserie, a bakeshop specializing in wedding and bespoke cakes; and the creator of NakedFoodie.TV, a food and travel blog. With a tasting palate that people can trust, a short attention span, and never-ending wanderlust, The Naked Foodie breaks down his favorite recipes for his fellow foodies around the world.