12 Facts To Know About The Parasite Homes

In this comedy-thriller, Director Bong Joon-Ho tells the story of a staggering class divide, discrimination and greed that destroys two families that reside in polar opposite ends of the economic spectrum.  In order to tell the story, the homes these families inhabit were crafted with precision and thoughtful care.  Here are twelve interesting things to know about the Parasite homes:

2.      Namgoong Hyeonja is the fictional architect who “designed” the home.  The reality is that the home was designed by the Parasite production designer, Lee Ha Jun.

3.      The lighting of the spaces reflects the class divide that is represented in the film.  The poorer characters have less access to sunlight than the well-to-do Park family.

4.      All sets were built on outdoor lots, allowing the cinematographer and director to use natural light in most scenes that take place in the half-submerged basement where the Kim family lives.

5.      The director of photography, Hong Kyung Po, had specific requirements for lighting.  Hence, the sun’s direction was very a detail the team took into consideration when searching for outdoor lots to host the production’s building of the sets.

7.      The climactic scene where the Park father walks out of the house was shot in 100% natural light.

8.      In the fictional architect’s mind, he built the first floor living room for the purpose of viewing the garden. Hence, the characters do not enjoy the pleasure of viewing from a television set in the living room. For this purpose, the window wall was built to follow the anamorphic format with a 2:35:1 aspect ratio, so that the view of the garden feels like a photograph on screen.

9.      The contrast of the interiors with the exteriors was heightened by the choice of interior materials.  It is purposely outfitted in neutrals: grays and browns to heighten the view of the garden.  Yellow lights bathe the interiors for a warm atmosphere.

10.   In order to create the Kim’s half-submerged family home, the production design team used silicon molds of actual bricks from places that were being redeveloped.

11.   The art work that populate the walls of the Park Home are legit.  Some works by wire mesh sculptor Seung-mo Park populate the home’s walls.

12.   In conceiving of the Kim family’s surroundings, director Bong actually spun back stories of their fictional neighbors, and designed the environment based on those characters.

Below is a gallery of both Parasite homes. 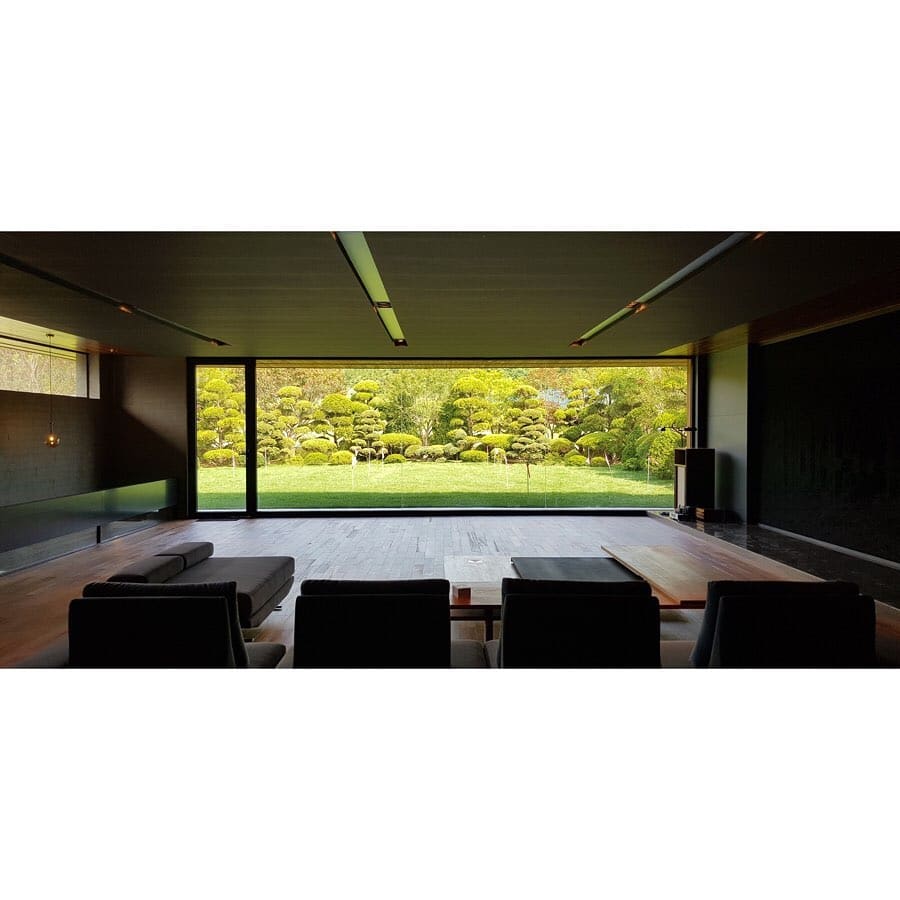 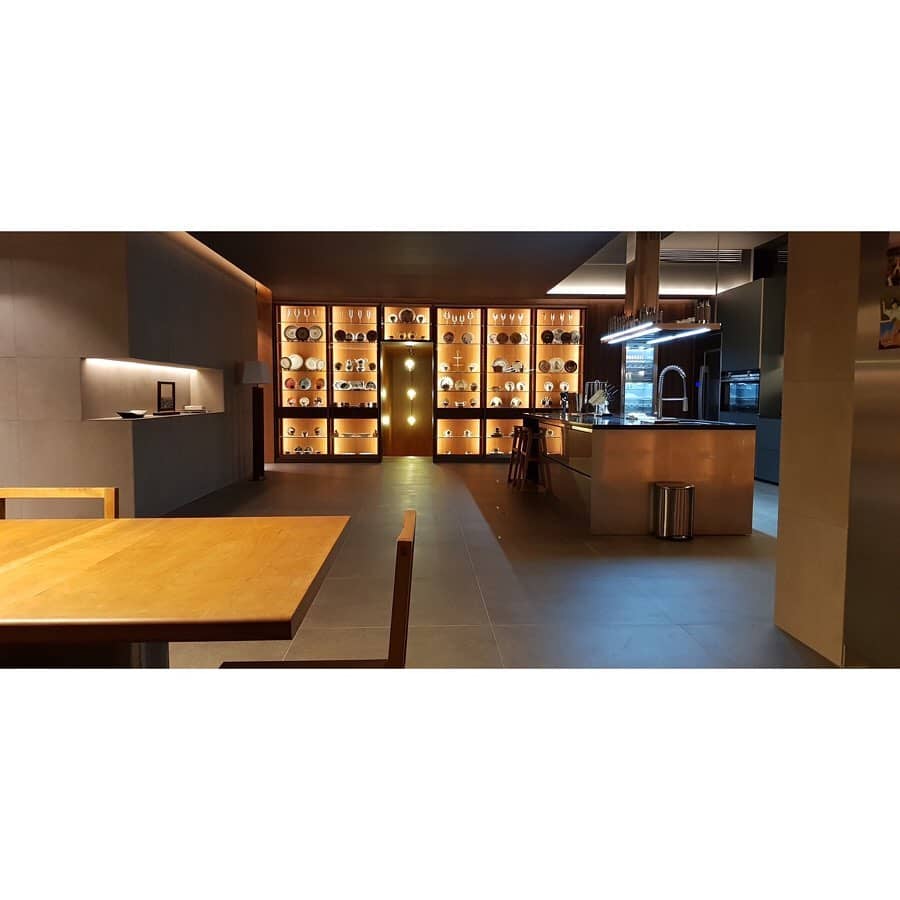 The Kitchen At the Park Home 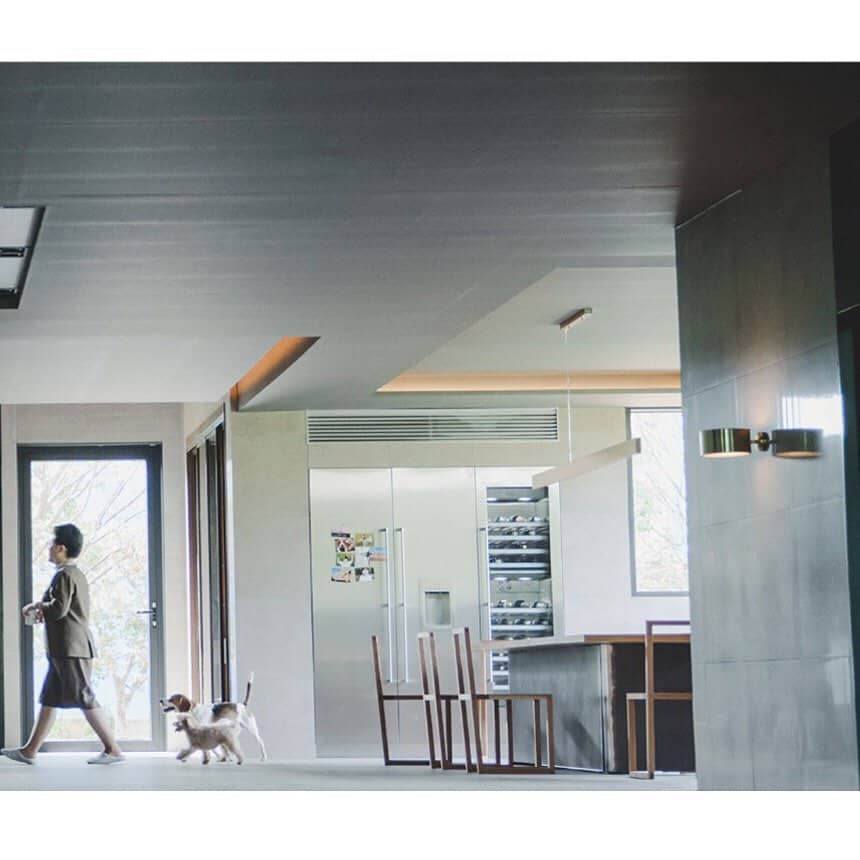 The Kitchen at the Park Home 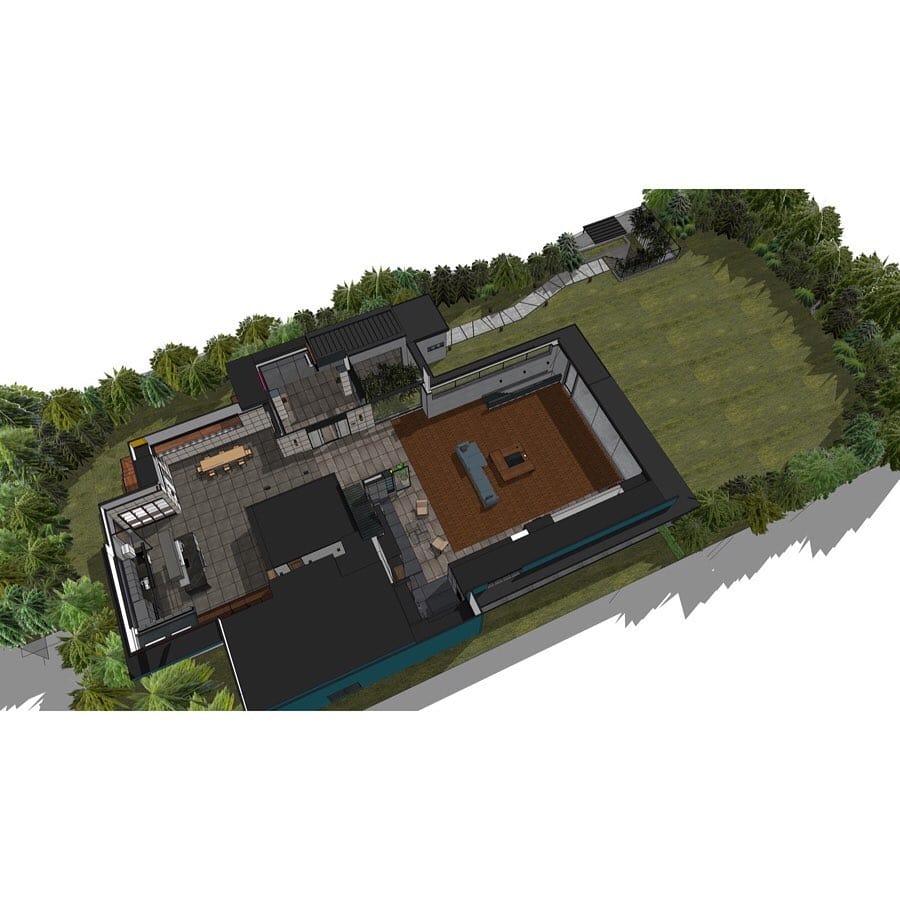 Axonometric of the Park Home and Garden The Son's Bedroom at the Park Home 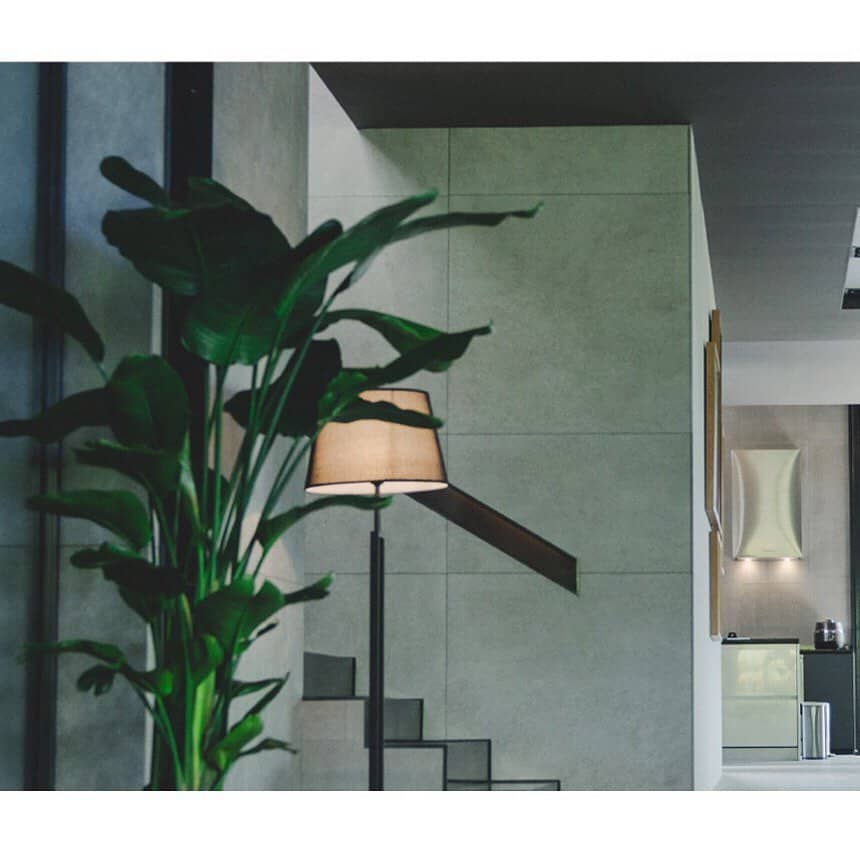 The Foyer at the Park Home 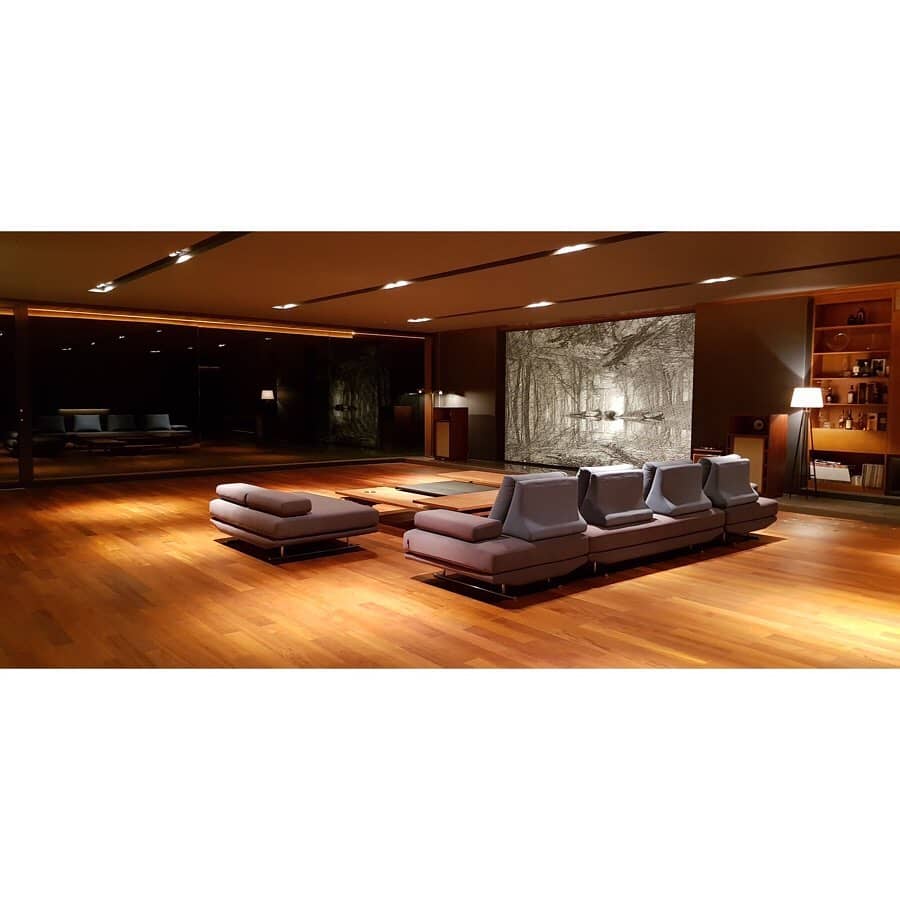 The Living Room at the Park Home 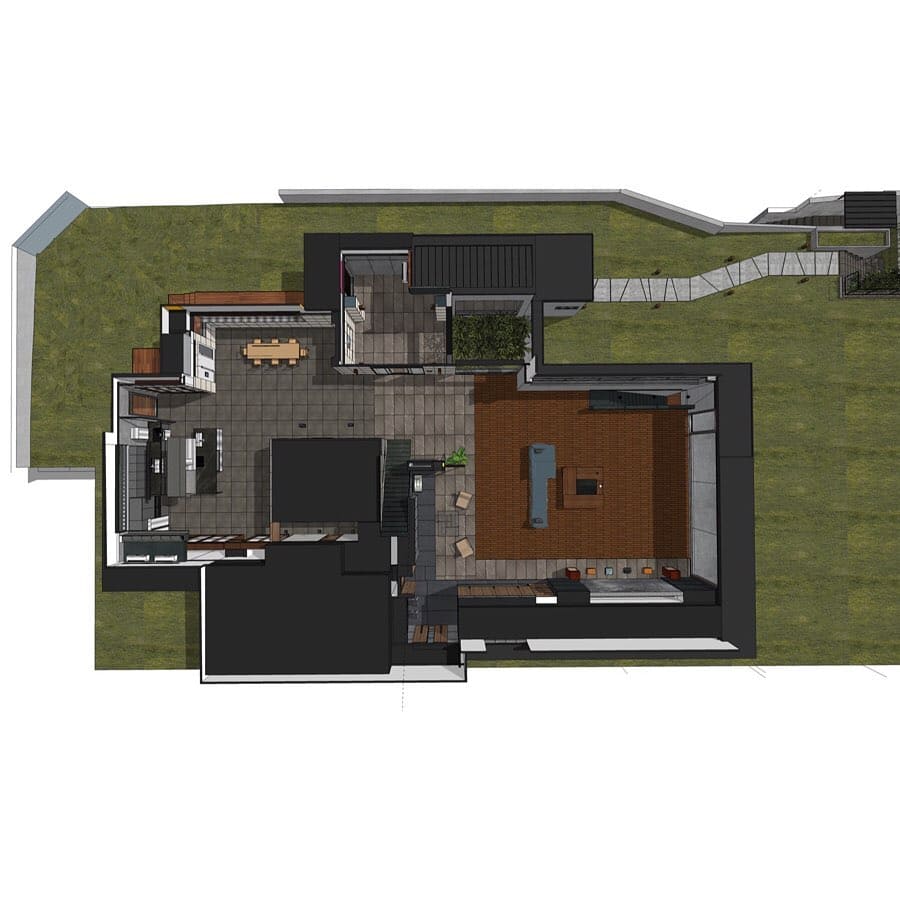 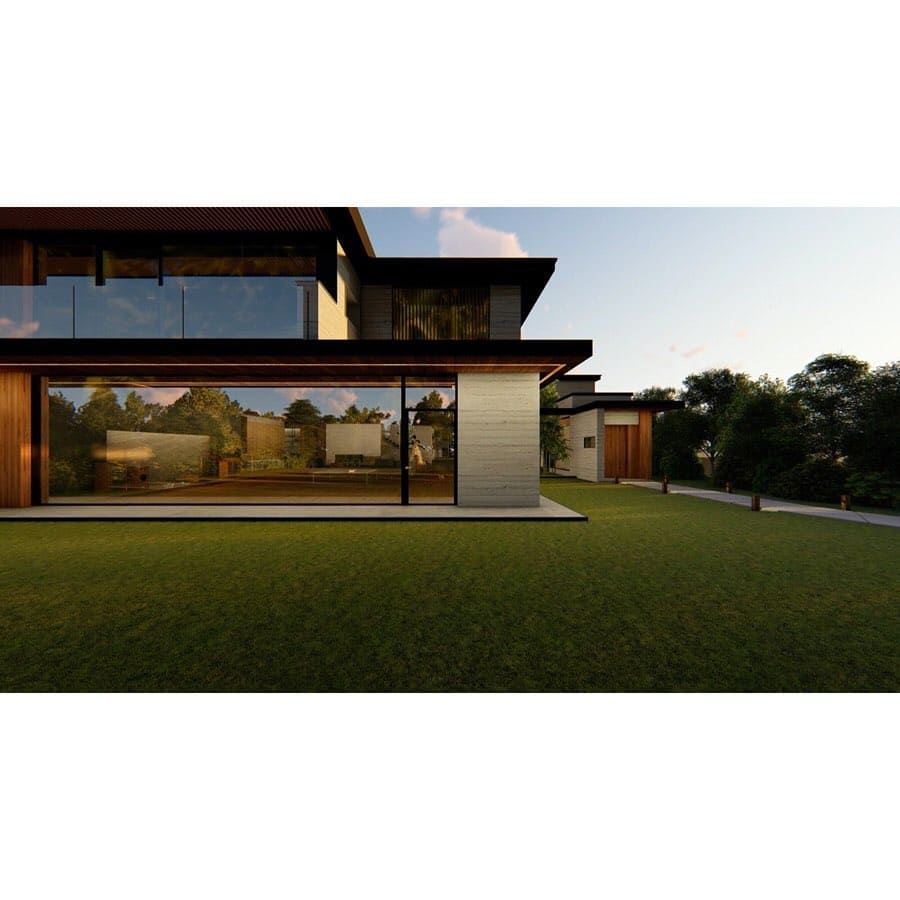 The Lawn and Garden of the Park Home 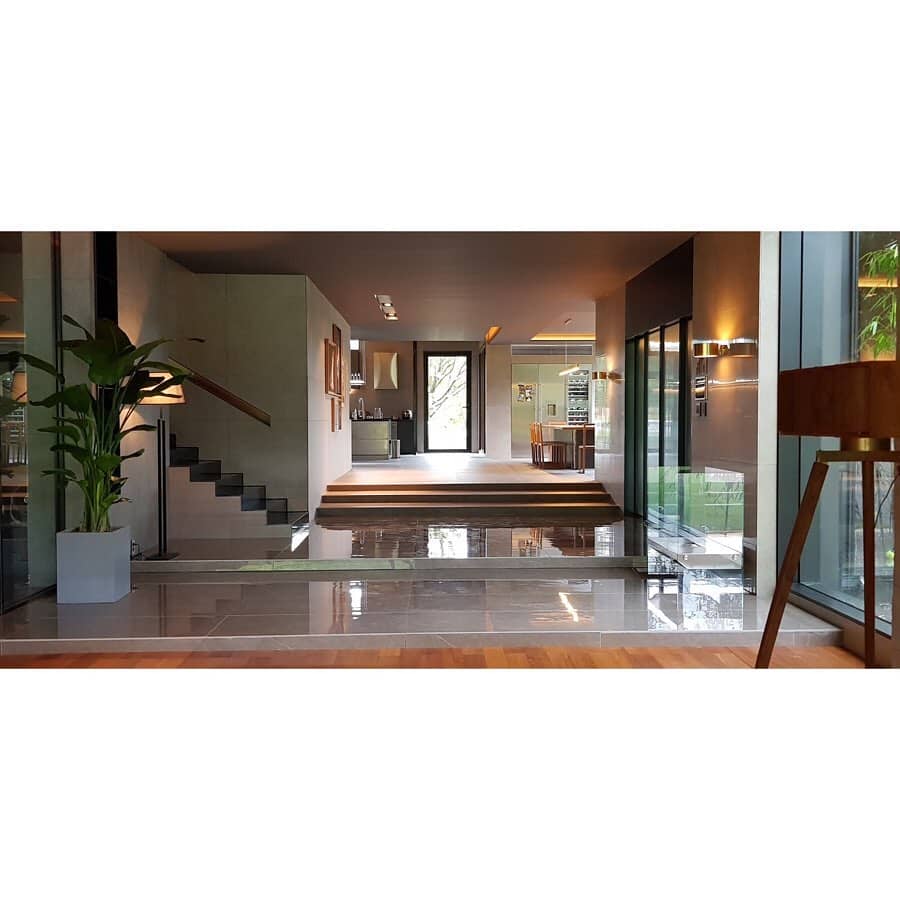 The Entry and Foyer of the Park Home 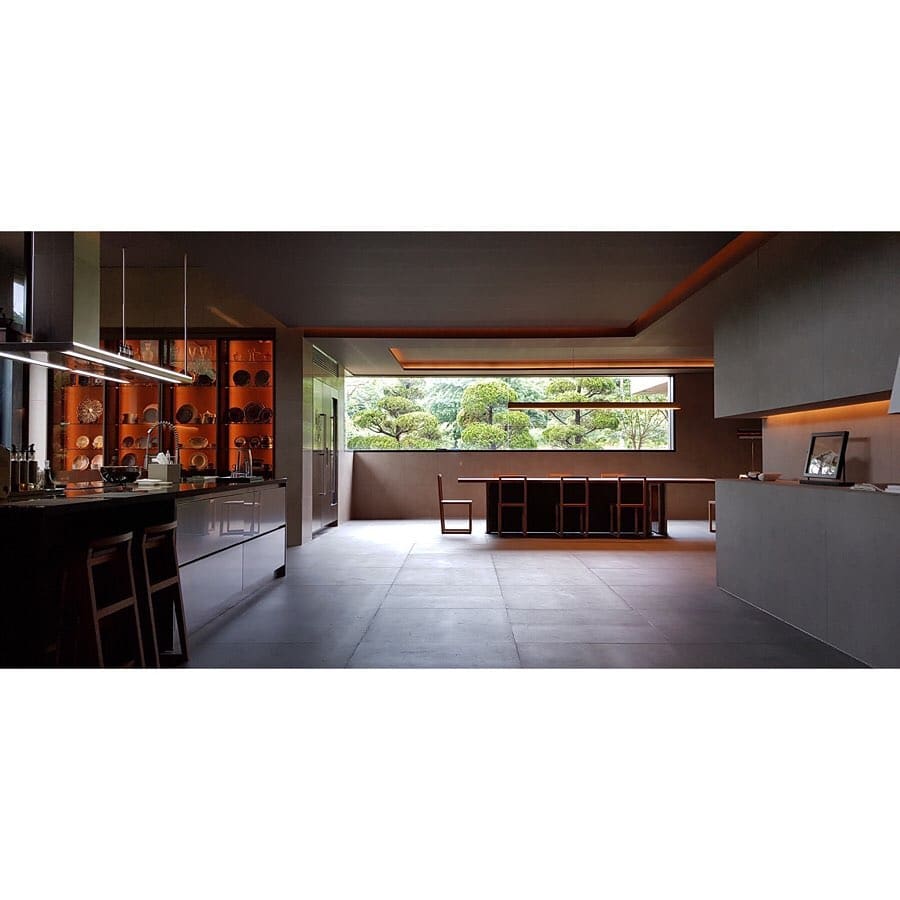 The Kitchen of the Park Home 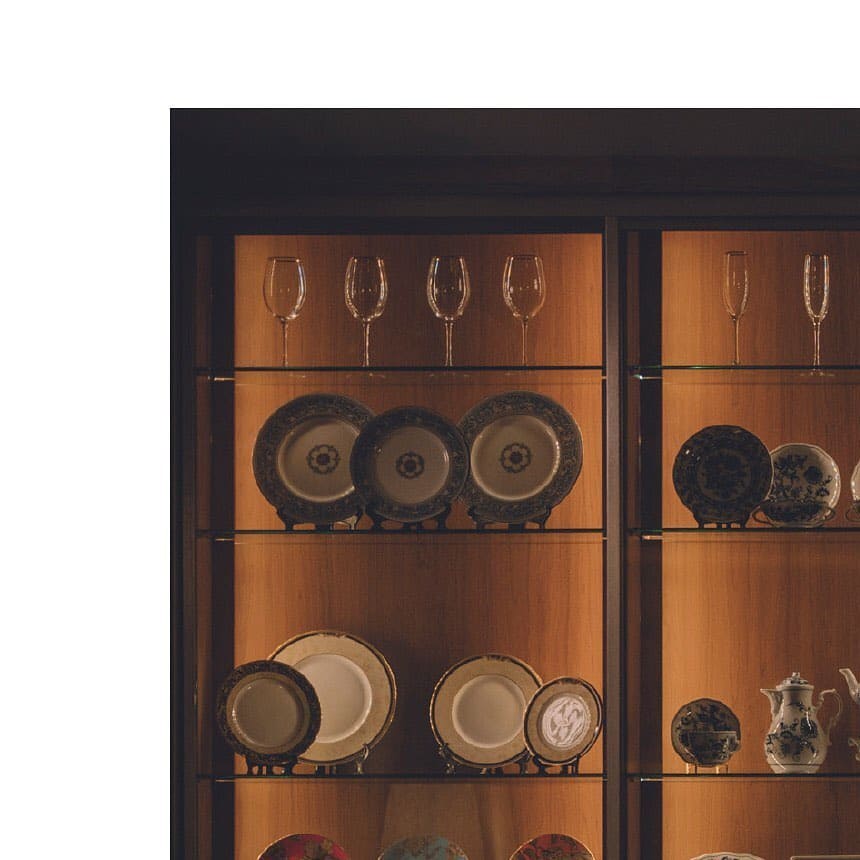 China and Stemware Collection of the Park Home 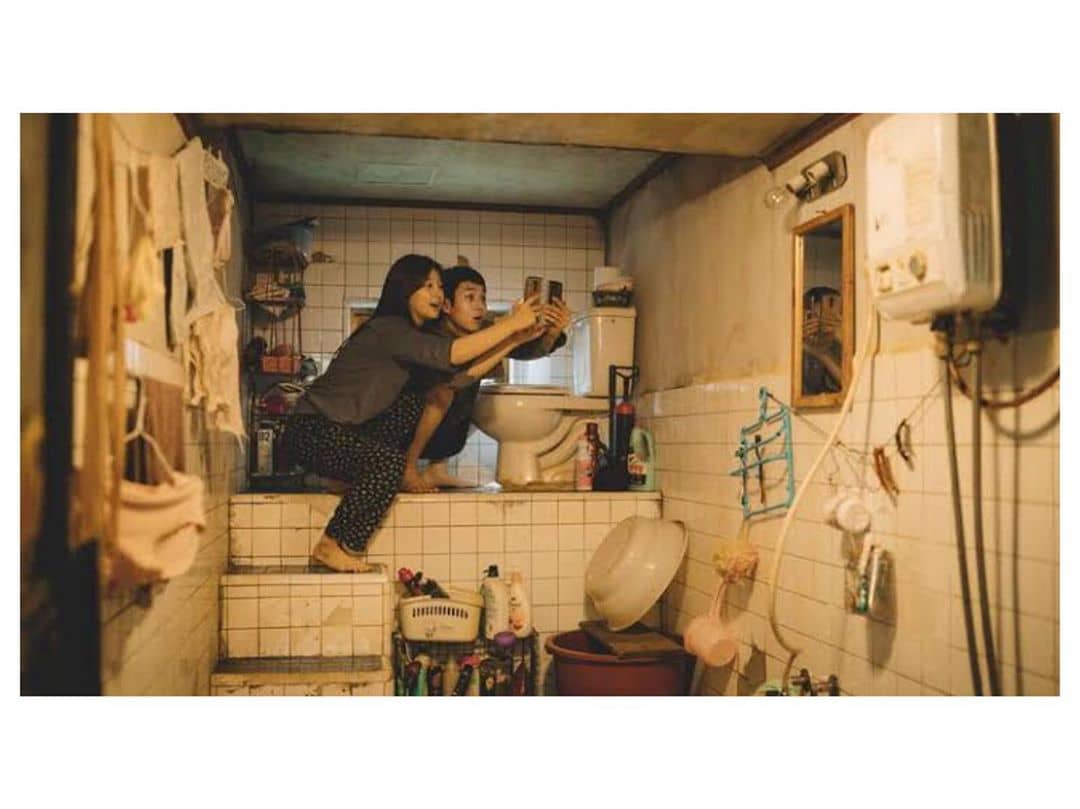 The Kims live in a semi-basement, which is a stark contrast to the Park home. 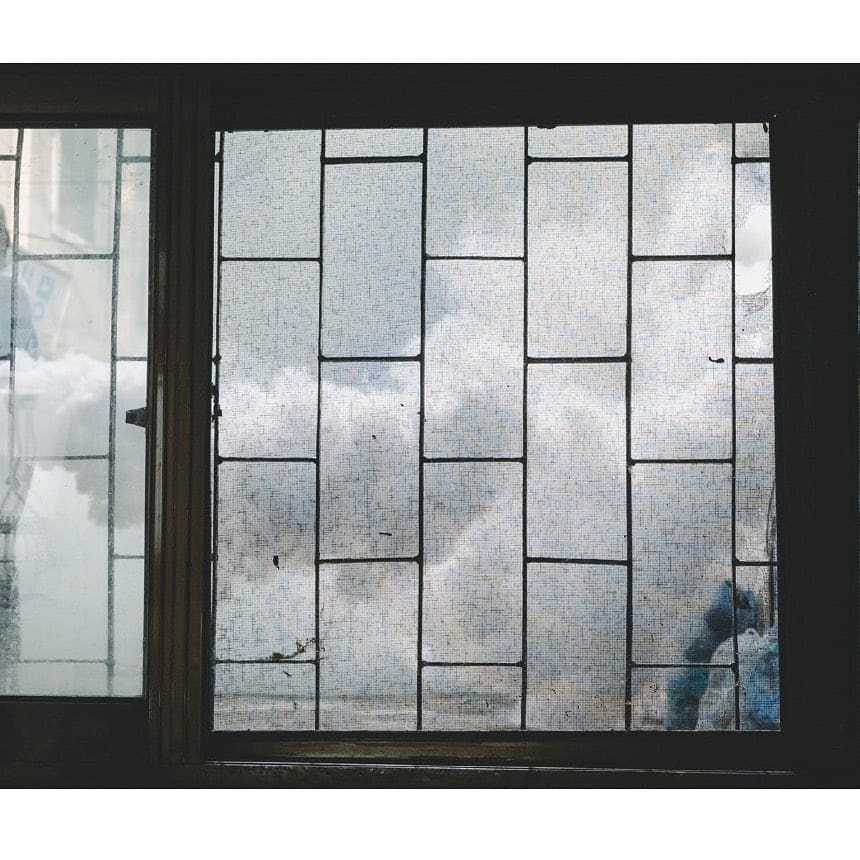 Windows of the Kim Home

Finally, You Can Get Steak Ram-don From The Movie 'Parasite' At This Local Restaurant