Last July 26, Angel Locsin married her boyfriend of 3 years, poker champ and film producer, Neil Arce, in a civil ceremony.  The couple also gave viewers a peek at their wedding in their vlog, The Angel And Neil Channel  this month.  Naturally, many are curious about the many firsts the couple will venture on together.  One of those is their marital home.

It sounds like although a celebrity couple, they were faced with a similar situation most newlyweds go through.  Nevertheless, the excitement of finding a home, and making it their own was not lost on the duo.  Their long search for a home ended when a blessing in the form of a home offered by Neil's family came to the couple.

Both introduce the viewers to the home, saying that they embarked on the renovation on their own in order to save.  For both, the immediate concern was how to make this blessing theirs and infuse their personality in it.

Typical of men, Neil confesses to having the simplest of requests: a television and a monoblock chair for his entertainment.  “Si Angel since sobra niyang gusto gawing home ito, minake sure niya na may traces of me.  Thank you very much, my wife,” Neil said.

In the gallery below, we took notes, and gathered the couple’s best practices on making the house a home. Use these as tips when your time comes for nesting: 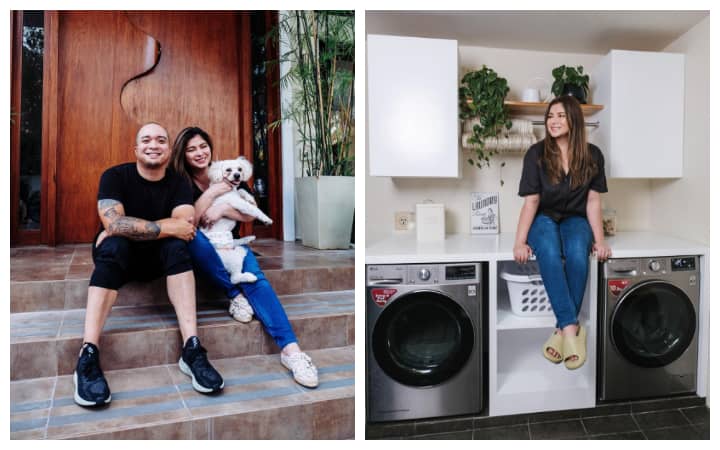 Tips We Learned From Angel and Neil's Home Tour

Tips We Learned From Angel and Neil's Home Tour

Make a statement right at the entrance.

Angel and Neil’s front door was designed by none other than Filipino artist, restaurateur and food writer, Claude Tayag.

Not your typical door with straight edges, its curves lend a distinctively artistic touch

Hence, upon entry to the home, you know that you are in for a personal experience. It is closed and locked by a unique wooden bolt system.

Angel and Neil have a sanitizing area, complete with a Himalayan salt lamp which is reputed to be a natural air purifier. Of course, the standards of maintaining hygiene in this pandemic are there: hand sanitizer, alcohol and wipes, all neatly sitting on a sleek acrylic tray. A box containing face masks accompanies this vignette. In the foyer, this piece by DOP, Neil Daza, bought an art fair, sets the tone for the rest of the black and white art in the home.

Claim the spaces at home by hanging art that has personal meaning.

The subject of one are TV sets, while in the other, people donning 3D glasses while watching a movie are seen, a fitting tribute to the couple’s professions.

Angel shows the remaining succulents from Randy Lozano’s arrangements for their wedding celebration. They are now used as decor at home.

Update a space with your finds. Use books as part of your decor.

If they have pretty spines, by all means, sandwich them between decorative book ends. 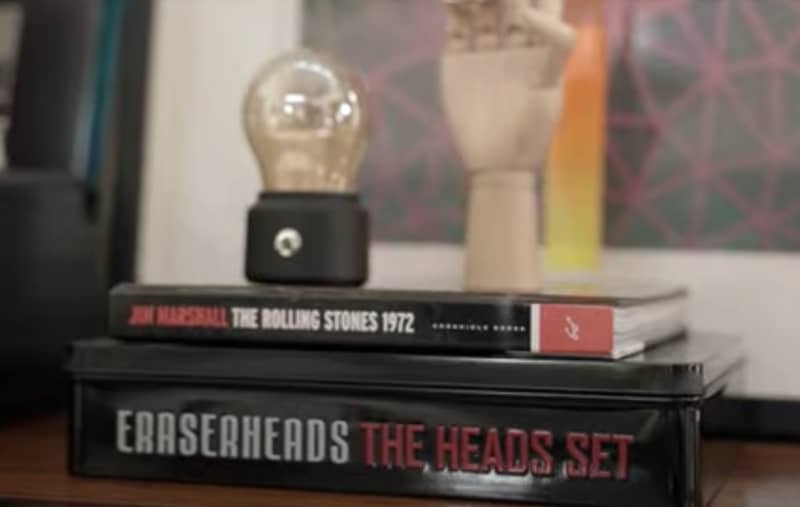 Some books are also fit for arranging as a part of a vignette on your occasional or coffee table.

A Ferdinand Cacnio sculpture sits on an occasional table in their living room. Angel relates that she very much wanted to help the Red Cross during an auction, but some of the pieces on auction were just not a match to her budget at the time. The Cacnio piece, however, made it. 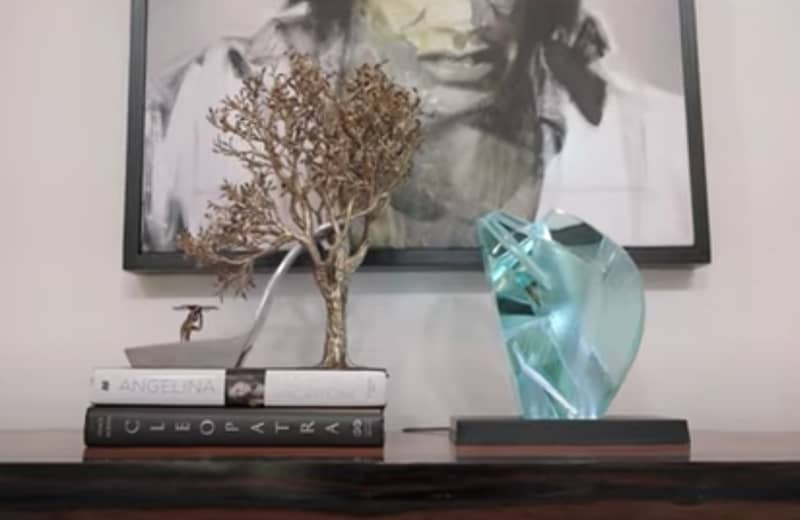 It now sits side by side a Ramon Orlina glass sculpture in their living area. On the other hand, the Neil Daza piece in the foyer was bought at an art fair.

Find a place for pieces that are especially meaningful, and deserve to stand alone.

Various gifts the couple have exchanged through the years are highlighted in vignettes. 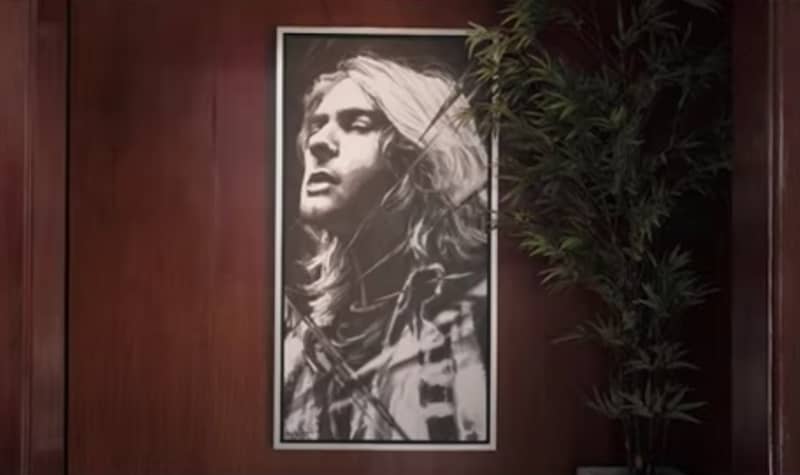 In a specific nook, Neil’s first give to Angel, a black and white painting of Kurt Cobain hangs on its own as a singular piece of attraction.

A painting by Egg Fiasco, a turntable and a book on the Foo Fighters all mingle in an arrangement that seems to be an ode to music and rock ’n roll.

Exhibit creative pursuits made by your own hands.

In the den, a paint by numbers work by the couple is exhibited. Tend to your outdoor spaces.

Angel and her sister did the landscaping of one of her outdoor paths.

It is a simple pathway made more appealing with the use of some white pebbles and pavers.

Have a dedicated space for everything.

This is especially seen in Angel and Neil's kitchen and utility areas.

In the kitchen, Angel shows that each cabinet holds a specific grouping of pantry supplies. Sugar, snacks, canned goods all have their own space within the upper cabinetry.

In the smaller kitchen, paper towels, cling wrap and aluminum foil all have their specific dispensers mounted on the wall. This saves cabinet and counter space, and is convenient for use. 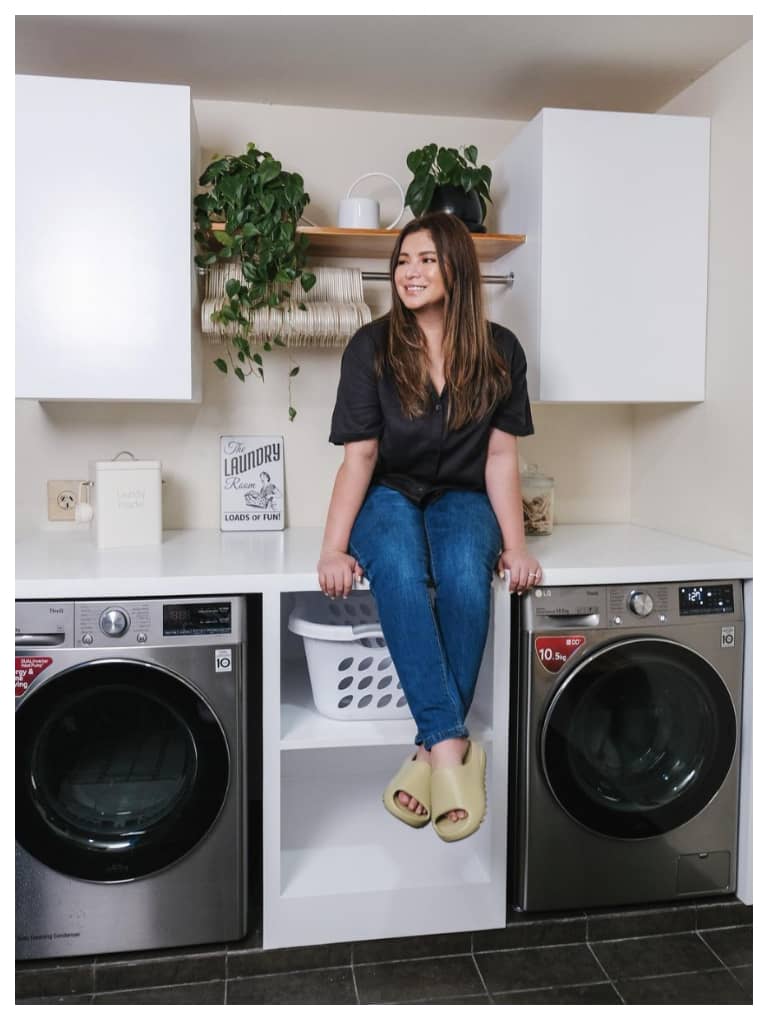 In the laundry area, the washer and dryer are fit snugly into built-in cabinetry. Baskets are also within built-ins.

Re-upholstering and decorative lighting fixtures can really refresh a space.

In the dining room, they continue to use the old dining chairs, but revamped with the help of Simbulan, resulting in a refreshed, more streamlined look. Overhead, a grouping of four contemporary pendant lights was sourced from Ilaw Atbp.

IN PHOTOS: Inside Yoon Se-ri's Walk-In Closet In Hit K-Drama Show 'Crash Landing on You'

8 Color Palettes Inspired By Scenes From The Penthouse: War In Life