If you’re an avid viewer of Maalaala Mo Kaya, you have surely seen the episode that portrayed Michael Leyva's life and inspiring journey to fashion world stardom. The show depicted how Michael struggled with opening up about his sexual orientation and the unfortunate incident that befell his older brother, Brian, who inspired him to pursue a fashion design career.

The young designer, who started his career just several years back, has been one of the go-to designers of stars like Anne Curtis, Kim Chiu, Pia Wurtzbach, and Kris Aquino (remember her stunning yellow gown at the Crazy Rich Asians premier in Los Angeles?). One of the designers who showcased at Metrowear 2017 (alongside Patty Ang and Mark Bumgarner), Michael's 2018 was even brighter with milestones like the standing ovation he received from LA Fashion Week and his fashion editorial collaboration with world-renowned Dubai-based fashion designer Michael Cinco. Now, he's gearing up for what he hopes will be a better 2019 as he settles into his new home, which is a tangible proof of how hard he's been working to achieve his dreams.

READ: EXCLUSIVE: At Home With Jessy Mendiola—A Look Inside Her Resort-Inspired Home

But as Metro.Style found out, on a bright weekday at his new house in Taytay, Rizal, Michael isn’t just a brilliant fashion designer, he also has a tasteful aesthetic when it comes to interiors that is creatively reflected in his four-story abode. Together with his brother, Architect Roy Leyva, his dream house has finally turned into reality. Michael couldn’t be any prouder.

READ: You Have To See The Amazing Transformation Of This Townhouse—From Dark And Gloomy To Bright And Airy

The spacious modern industrial home had sleek lines and minimal furnishings. This simplicity was punctuated by bold colors here and there, accent pieces, and the abundance of natural light that gives the home warmth and elegance. The space is sophisticated yet fuss-free at the same time. Clearly, it was built to provide Michael an escape from the chaos of a fast-paced life in the city.

Was this how you envisioned your first house to be?

To be honest, no. I only thought of having a small and simple house with a modest view of nature.

How did you and your brother collaborate in the process of building your house?

During the conceptual stage, the first thing I made clear is that I really want to have a view of the city and the nature as well. I personally want to have an area where I can just relax and contemplate. It was his idea to make use of the modern jalousies and full-height windows to maximize the vista and allow natural ventilation.

Why are you drawn to the modern industrial type of house?

The house is more of a tropical modernist type of architecture with a brutalist approach on the materials and finishes. It was Roy who introduced me to this concept during the conceptual stage of the project. At first, I was very skeptical about it since this is not the usual look of a house that I know about. However, I was convinced to push through with this idea when he told me that I should understand the law of contrast. For you to understand white, we have to know black. As for me, who designs soft and fluid dresses, I should also learn to perceive linearity.

What are the key pieces inside your home? Which one is your favorite?

Actually, all my furniture were custom-made, to better show the character of my house. We came across different suppliers to find the best quality materials within reasonable prices. Roy personally designed and created these pieces of furniture. Among everything, I personally like the dining, for it shows one of the most valuable Filipino virtues, which is being family oriented. I really love how it gathers the whole family together and just sit there and say our kamustahans.

What is the area that is most reflective of Michael Leyva?

It is Michael Leyva’s house for the reason that a wall portrait of Kuya Brian is there. He has been my inspiration ever since I began to continue his legacy. He has contributed greatly for me to be the person I am today. I owe everything to him.

What has changed since you moved into your new home?

A lot has change but, most importantly, the family ties got stronger and stronger everyday.

What do you love most about your home?

Of course, my pad! It feels like I’m on top of everything—it gives me a serene place to produce new ideas. The full glass doors overlook the wonderful creations of the Lord and, on the other side, the skyline of Metro Manila.

What are the key concepts of the house?

One thing I can say is, let’s not be bound by what is the nakasanayan na na bagay—dare to be different! Take the risk. Then eventually it will pay off. For the concept, the goal is to create something different, something new, so we came up with the idea of designing a house totally in contrast to the my identity. The design intention was to see the other side of things. It’s the law of opposite, like for you to determine rough, you must know smooth! One cannot exist without its opposite. Creating a house like this is a risk, but with proper planning, considerations, and strategy, we end up with an architectural style that respects and understands the user and its preexisting site.

What is home, according to Michael Leyva?

A house is not all about the material things it contains, but also the people who reside in it. Despite my intense schedule, I always choose to come home to my mom’s cooking and eat with the whole family. And I must admit that these moments are the ones I’m most thankful of. 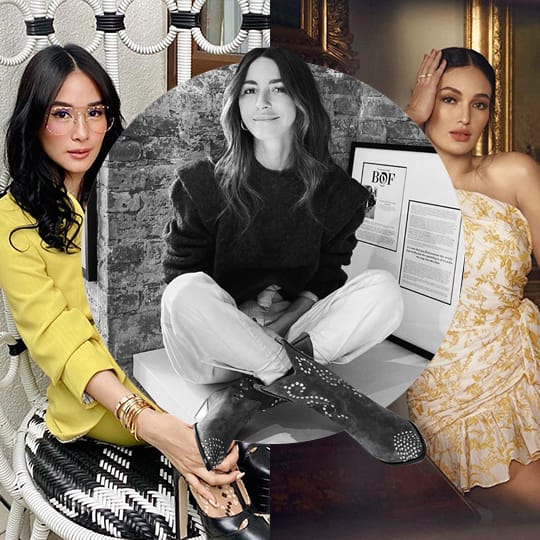 What's Inside A Ball Emergency Kit? A Celebrity Stylist Spills