The new album, BE, assures their audience that life goes on even with the restrictions of this pandemic... But first, a look at what it's like to be in quarantine with each of the BTS members

"The new album delivers a message of healing to the world by declaring, 'Even in the face of this new normality, our life goes on.'"  -Big Hit Entertainment

BTS's new album BE (De Luxe Edition) will be released on  November 20!  That's in two days!  BE's release was preceded by a production in which all the band members participated. In fact RM, Jin, Suga, j-hope, Jimin, V and Jung Kook were involved not only in the process of music production, but collaborated in the realization of all this related to it, including the promo materials!  We don't know about you, but we noticed that the band's IG feed, @bts.brightofficial, has been populated with interior design details and elements... and we've been obsessed!

Check Out What These 5 K-pop Idols’ Homes Look Like

In the above IG posts are elements of interiors, one for each member of the band.  An idealized vision, each of these are populated with objects that represent them, allowing fans an intimate view into their personalities. Each room reveals a passion, style or aspect of the character of those who occupy it, for example, the pictorial works hanging on the wall were made by Suga himself, revealing his passion for painting, or Jung Kook's relationship with music whose room (a kind of recording/study room) shows how it represents his life, which arises from intense work and study witnessed by the blackboard walls, soundproof walls and stereos.

The style of each room is very different, but definitive. Fundamental is the presence of a precise color palette that varies for each of the seven artists.  There are also vintage objects that hold strong symbolism or references to contemporary art through painting, photography, sculpture and design, including the wooden Bearbricks in the room set up by RM, or the vintage lamps and bedside tables chosen by Jimin, the photograph chosen by V with which he pairs the red velvet sofa and the violins hanging on the wall, an assemblage that pays homage to the French artist, Arman, the crystals and purity that surrounds the set-up chosen by Jin.

Each of these interior environments allows the ARMY an intimate peek into the character and passions of these young rock stars, an aspect very much considered by BTS who have always shown a lot of attention towards their fans, and even in this difficult moment in which they show solidarity with everyone in trying to stay safe at home, in quarantine, just like the rest of us. For V, an interior wrapped in striped wallpaper, and punctuated with stained crown molding in wood. A plush red velvet sofa reminiscent of Victorian furniture is a nod to the past. Violins are hung on the wall, flanking a seascape, in reverence to music.

For Jimin, being indoors for an extended period of time makes the longing for the outdoors even more palpable. His brings this sentiment into a set design filled with flowers reminiscent of an English garden. 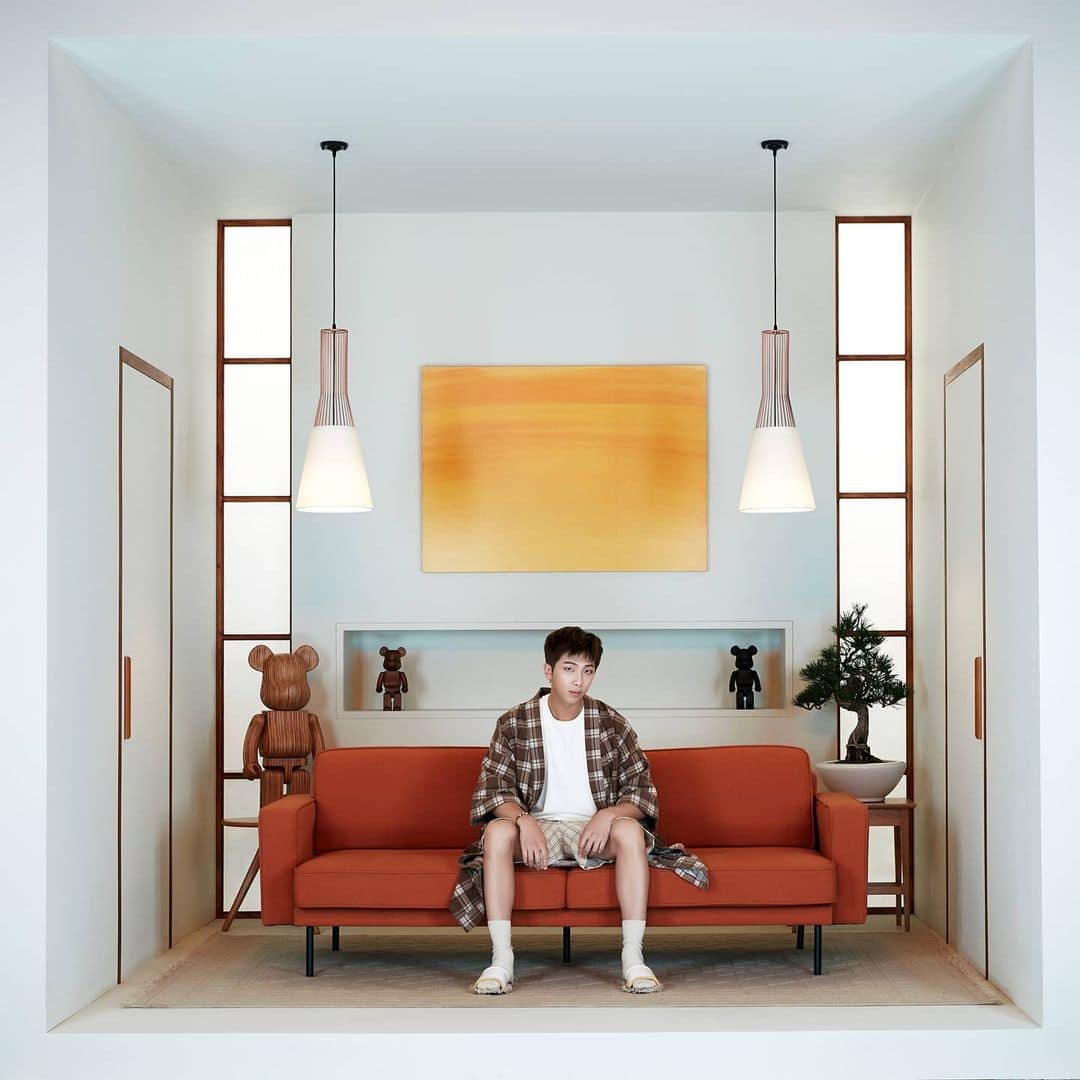 In RM's room are wooden Bear Bricks and a strict observation of symmetry. Every element is represented as a pair: sidelights flanking a painting, pendant lights illuminating the room, a pair of bear bricks inside a feature niche. Even the larger version of this is balanced by a bonsai plant to bring in an element of life. 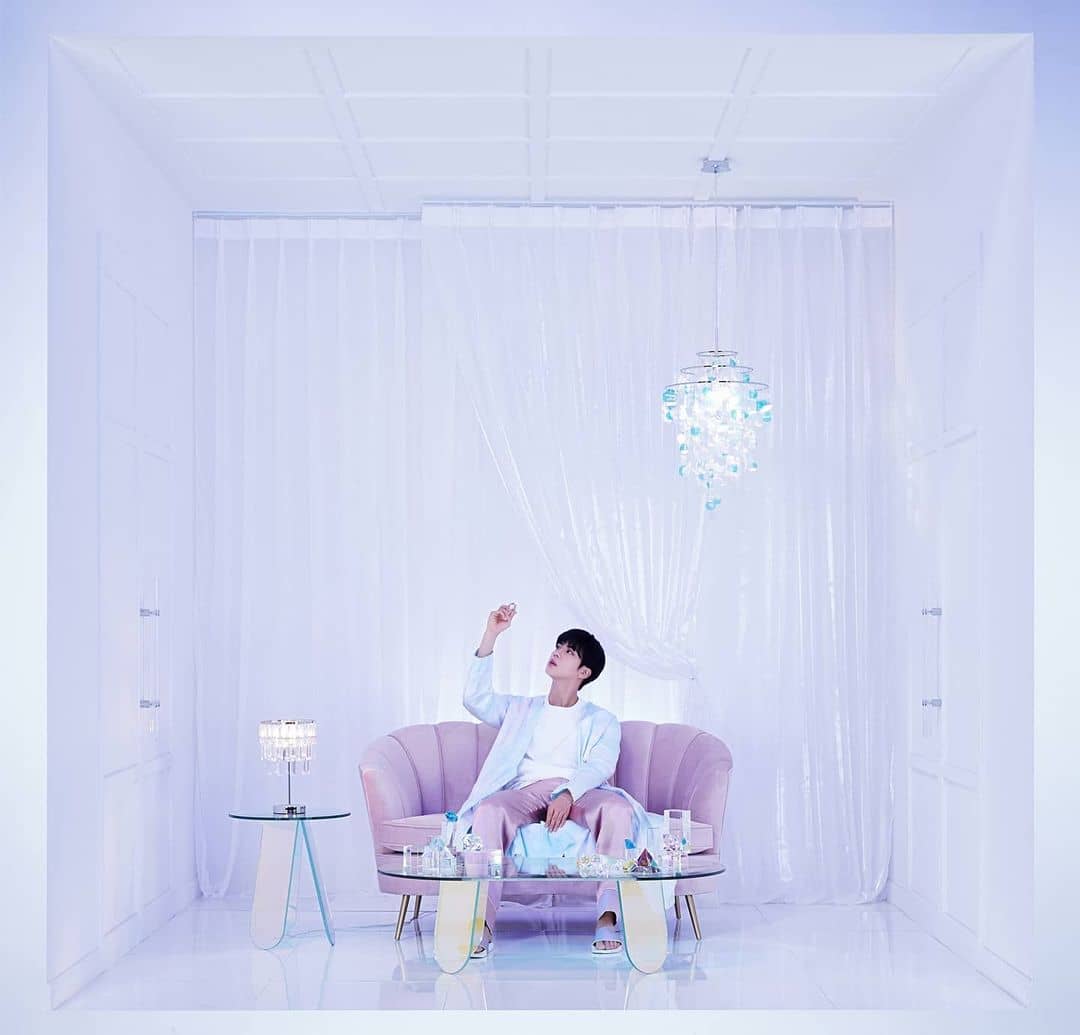 In contrast to the balance and warmth represented in RM's room is Jin's asymmetry and use of glass, a material associated with modernity and crisp precision. Enveloped in a white interior, this stark interior is given emotional appeal by the lavender sofa and the soft drapes. 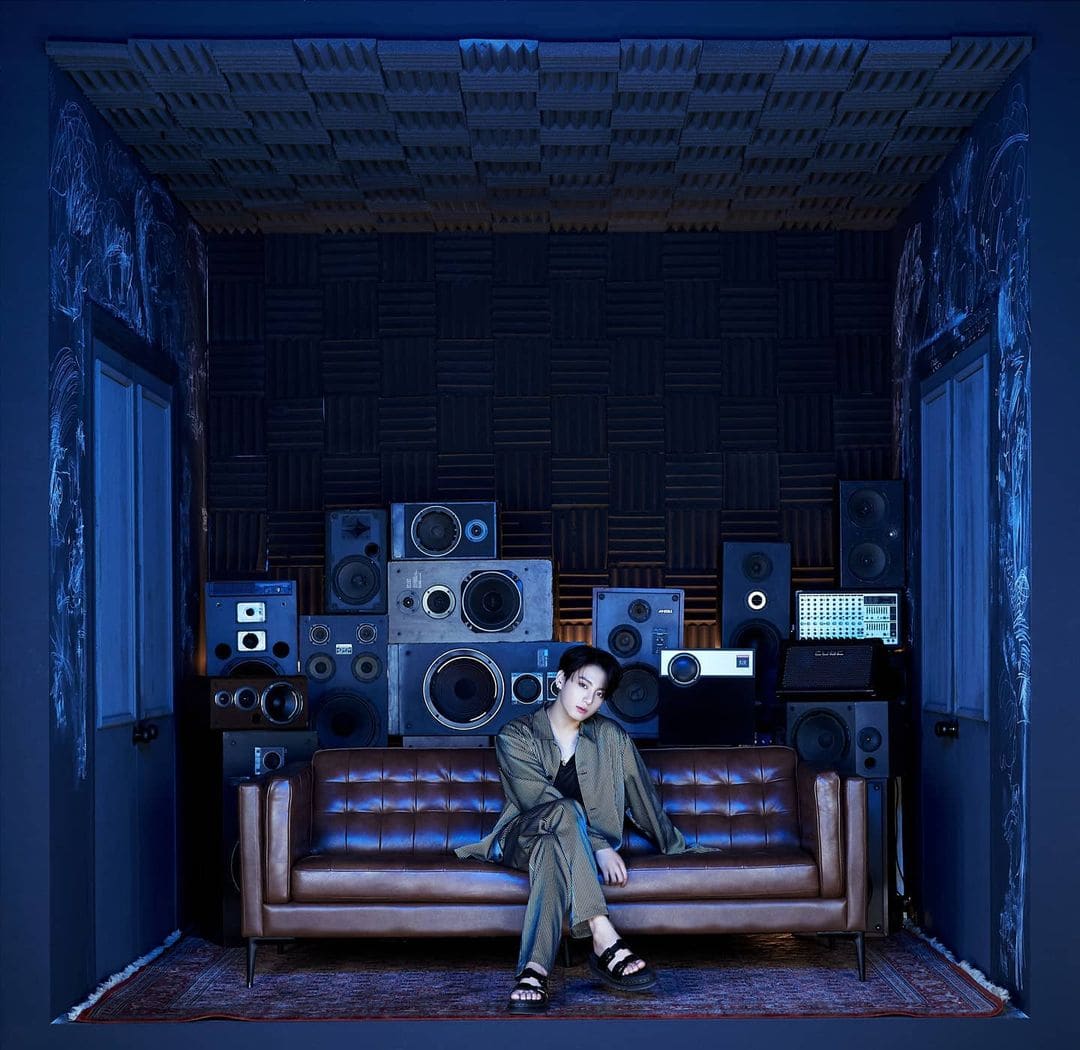 Out of all the band members, Jung Kook's hideaway looks the most like the expected definition of a man cave: a dark setting plays host to amplifiers and speakers. Sound buffers wrap the room where a leather chesterfield sofa holds court, defining the masculinity of the space. 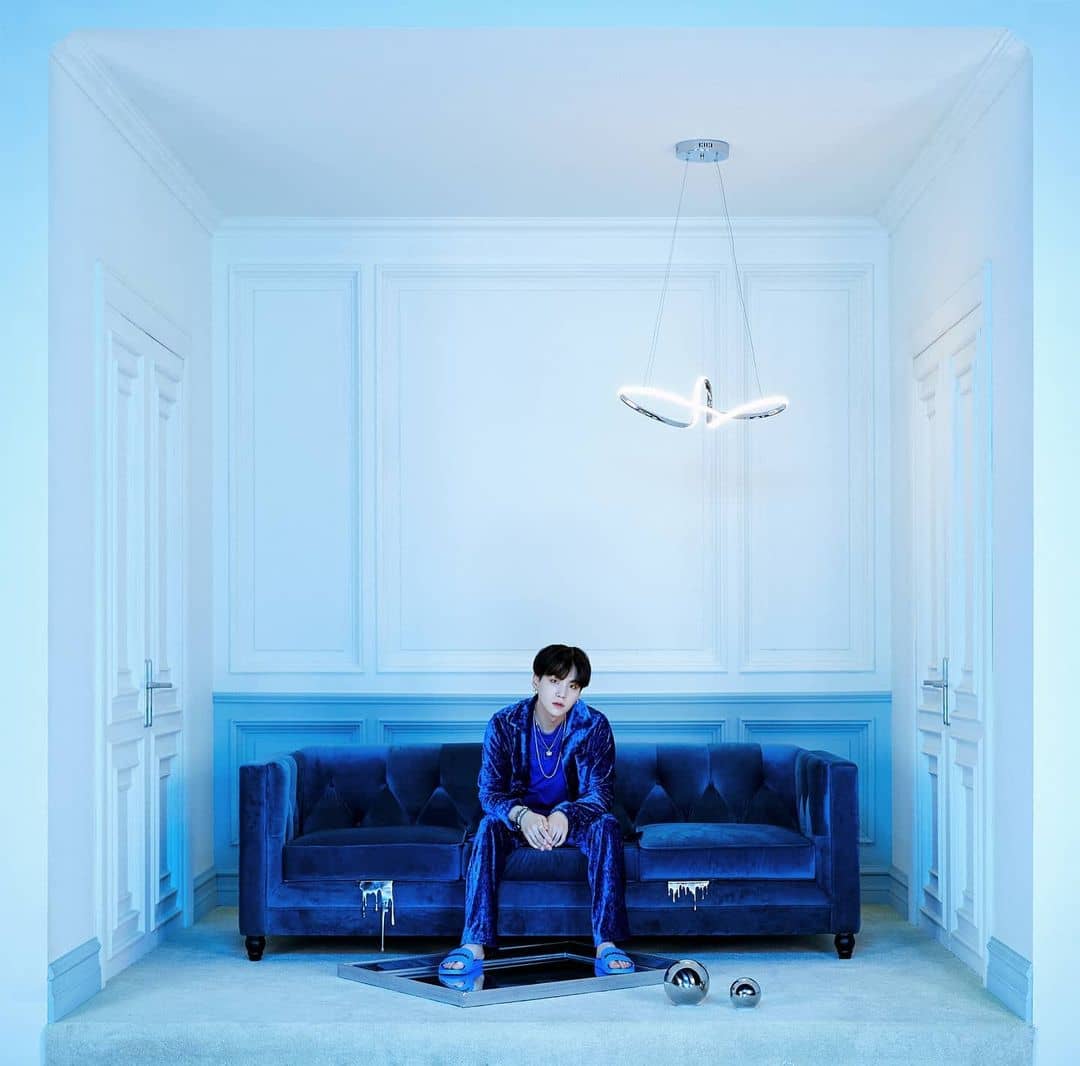 For Suga, a study in contrasts: while the room plays host to traditional applied moulding, coupled with a velvet sofa, giving a nod to the classical manner of defining a space, hanging on its left side is a modern chandelier. A subtle blue color is used in the wainscoting, a modern touch to an otherwise classical scheme. This room is the room of contradictions! J-Hope's room is not unlike a college dorm room, with posters and a collection of sneakers on display. While balance and symmetry are still observed, the pop colors used in this space give it a young, energetic feel. The inflatable couch makes the set-up feel ephemeral, a nod towards everyone's hope that quarantine won't last forever!

Pet of the Week: These Fur Babies Call BTS “Daddy”

With Its Soft Curves And Organic Forms, This Sink Features Hot 2022 Trends