Design for the Divine: 18 Sacred Buildings That Are Also Architectural Marvels

These holy places have defined the history of architecture

To design a building that expresses the spiritual is an architecture exercise in itself.  How does one convey the power of God and the glory of faith through brick, mortar, glass and steel?  This has seen various interpretations across time and religions, with one thing in common: these buildings express splendor, magnificence and awe-inspiring ideas through their form, light, materiality and scale.  Mies Van Der Rohe said, “Architecture is the will of an epoch translated into space.”  No other building typology represents this than sacral architecture.

Metro.Style takes you through 18 stellar examples: Design for the Divine 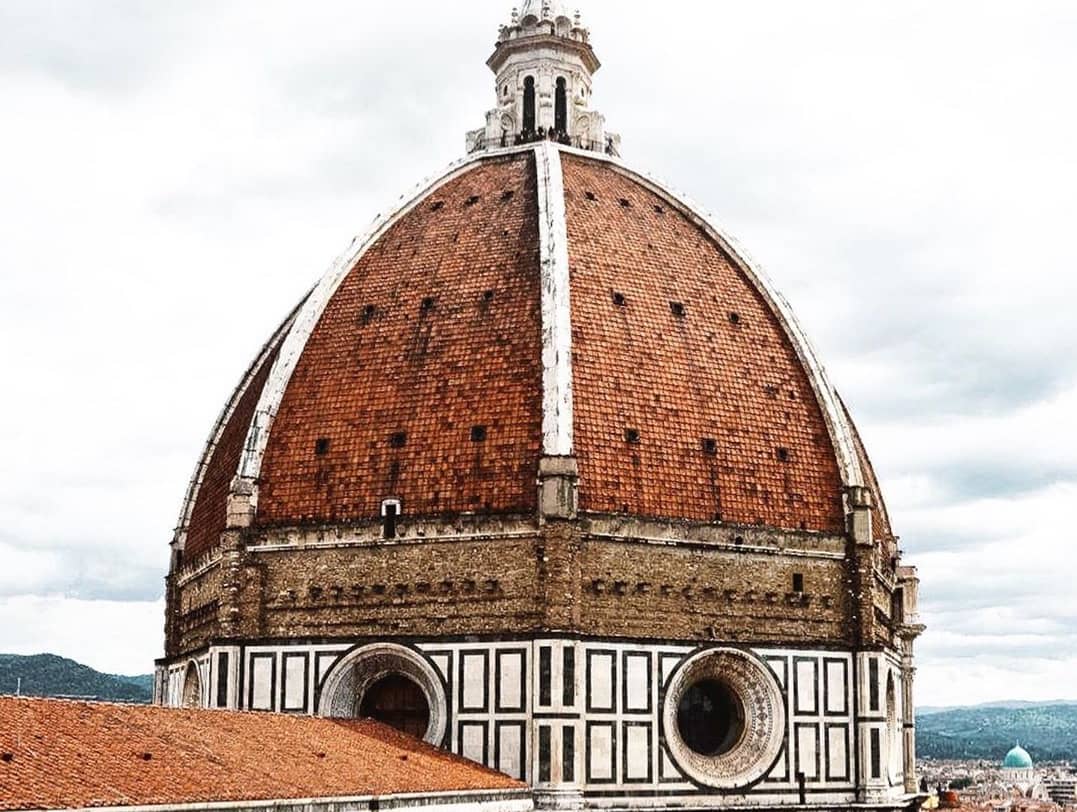 Gloriously looming over the city of Florence, The Santa Maria del Fiori or the Florence Duomo was an architectural feat that was started in 1296, designed by Arnolfo di Cambio and only completed in 1436 with the acclaimed Brunelleschi-designed dome. To date, this splendid structure remains to be the largest dome to ever be constructed of bricks. It is a UNESCO Heritage Site. Another UNESCO heritage site, the Basílica i Temple Expiatori de la Sagrada Família was designed by Antoni Gaudi. Building of the church was started in 1882, but this somewhat controversial constuction is not expected to be completed until 2026. Even so, a visit to the Sagrada Familia proves to be awe-inspiring, a testament to the mad genius of Antoni Gaudi that perhaps only he understood. 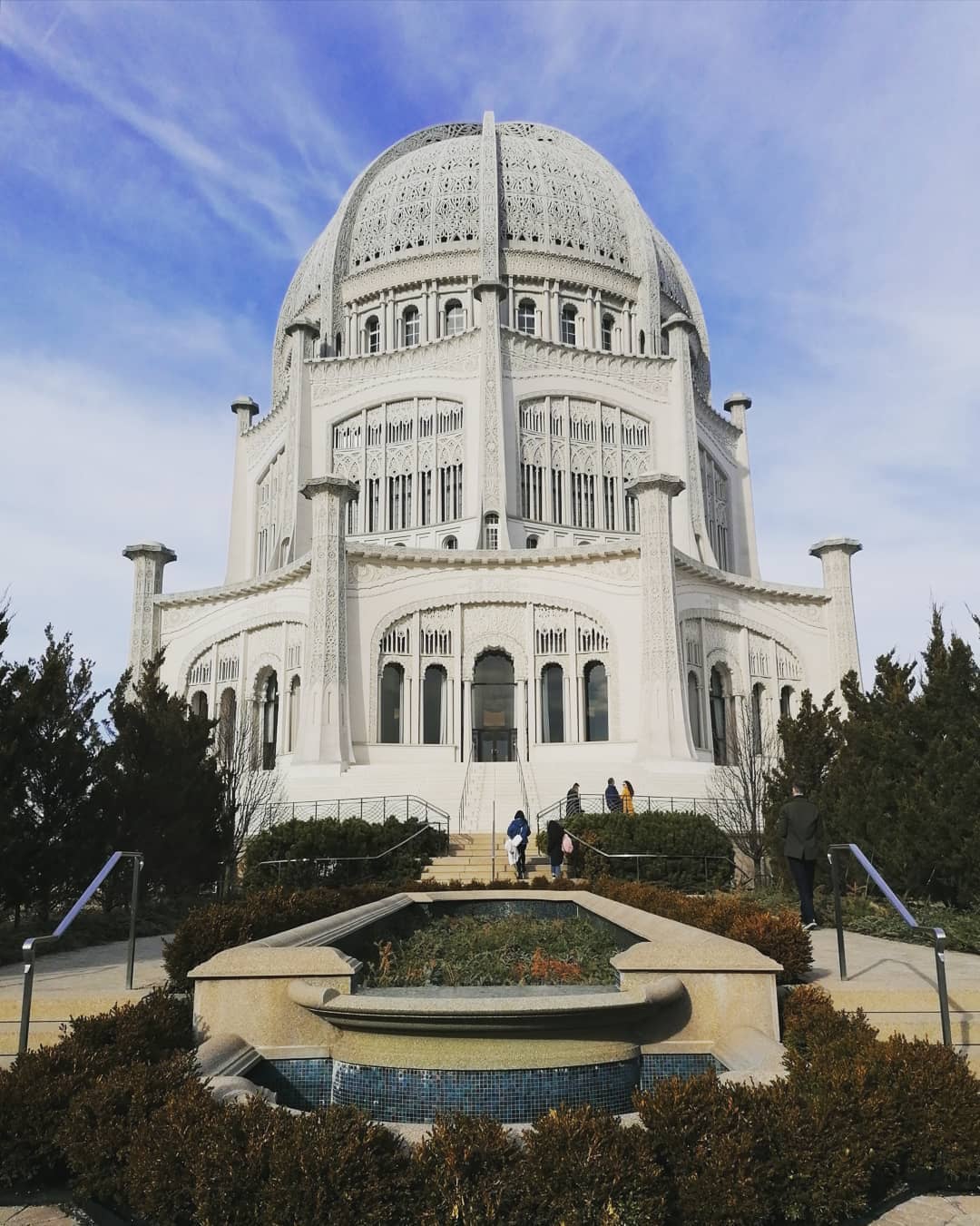 Located in Wilmette, IL, the Baha’I House of Worship was designed by Canadian architect, Louis Bourgeois. It is open to the public for people of all faiths. Hence, the design incorporates a number of symbols and motifs that from many religions. 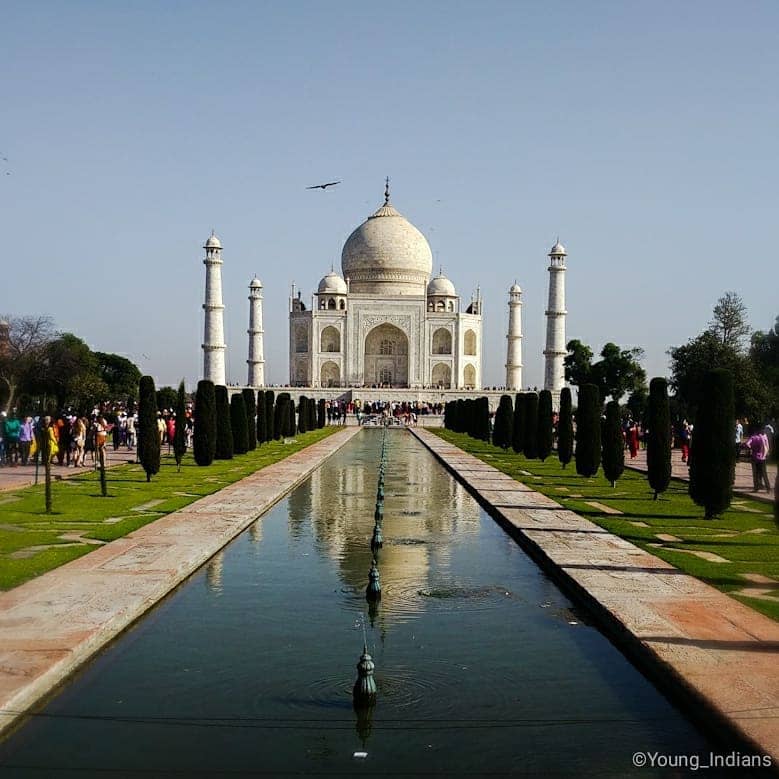 Unlike all buildings in this list, the Taj Mahal is not a place of worship. Rather, it is a mausoleum built in 1632 under the patronage of Emperor Shah Jahan for his wife, Mumtaz. A love letter to love, it is said that the emperor was imprisoned by his own son for the monetary excesses incurred by the building’s construction. His only request was to be locked in a tower overlooking this masterpiece so he can be reminded of his wife, Mumtaz. "Only let this one teardrop, this Taj Mahal, glisten spotlessly bright on the cheek of time, forever and ever,” Rabindranath Tagore wrote of this icon. 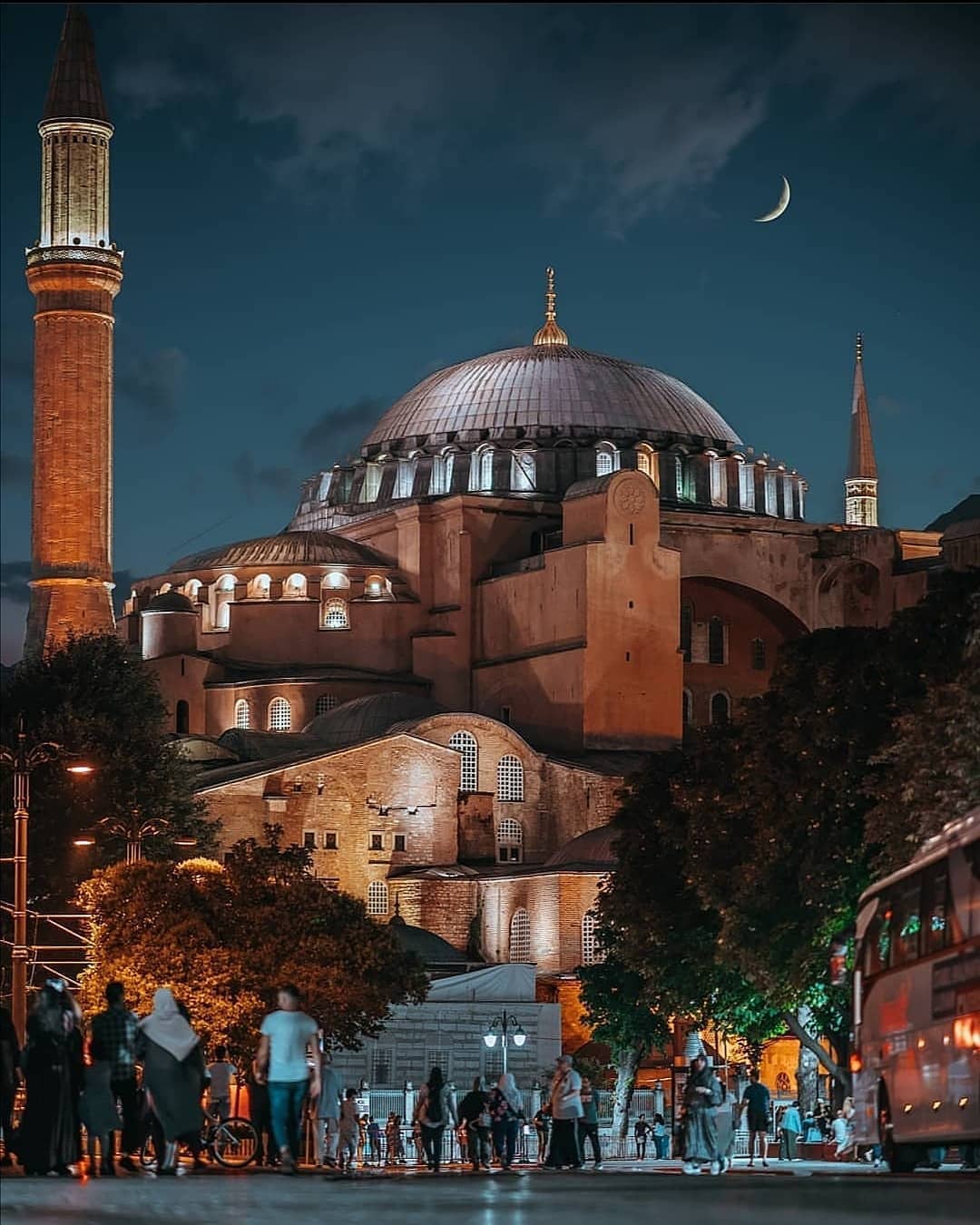 Close to the Hagia Sofia in Turkey is the Sultan Ahmed Mosque or “The Blue Mosque,” so called because of the hand-painted blue tiles in its interior and the lights that bathe this holy site in the evening. Symbolically situated, it is built on what was once the location of the Byzantine emperors’ palace. Considered to be the last great building of Islam Architecture’s classical period, its architect Sedefkâr Mehmed Ağa fused ideas found in the Hagia Sofia with elements of traditional Islamic architecture. Its splendid interiors were once illuminated with lamps that were covered with gold and gems. 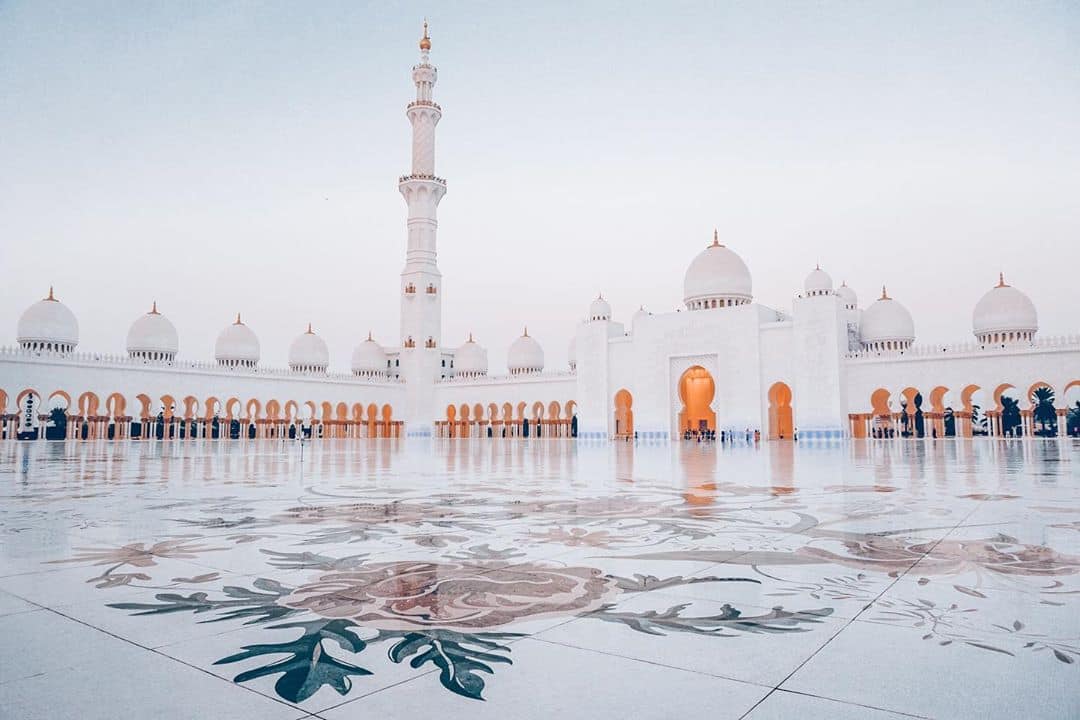 This Baroque church houses the Cornaro Chapel where the famous Bernini sculpture, The Ecstacy of St. Therese, can be found. The interiors of Santa Maria della Vittoria typify Italian Baroque, with its massive use of gilding, marble and putti (angels) in full relief. 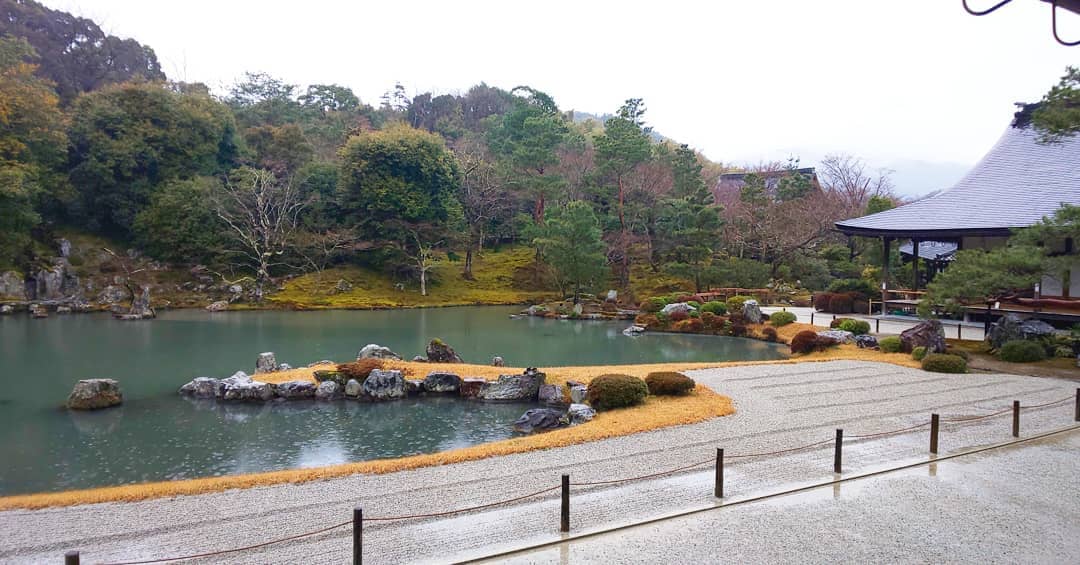 Built in 1339 under the direction of the time’s ruling Shogun, Ashikaga Takauji, this temples buildings have been ravaged by war and fires and have been rebuilt over time. However, it is the gardens that have remained true to their original state. Designed by Muso Suseki, the garden’s focal point is the pond which is surrounded by pine trees and rocks, all set against Arishayama’s mountains. 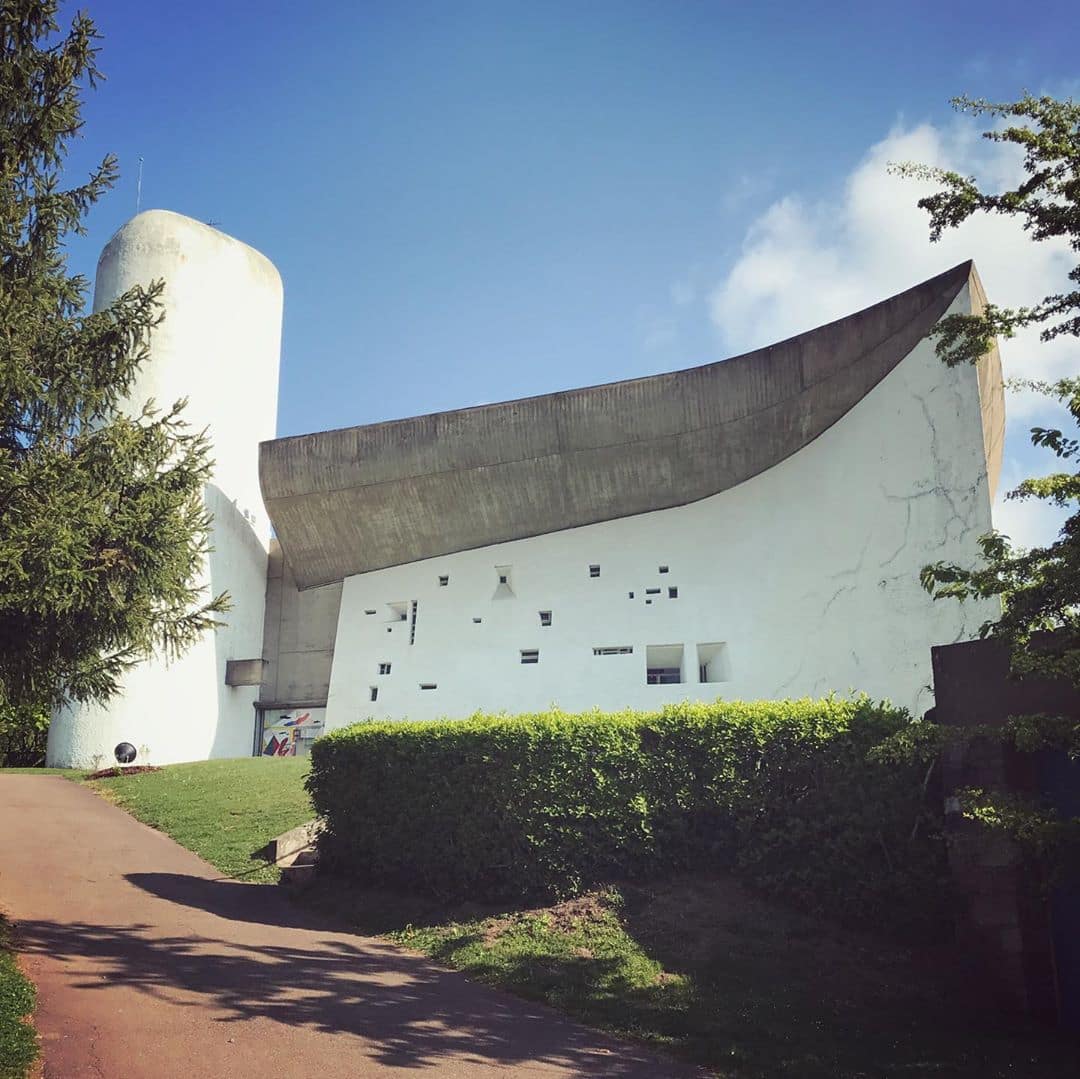 Also called The Chapel at Ronchamp, this church was designed by Le Corbusier. Its form is a metaphor for the Christian church’s mission a ship of God who brings the faithful to safety and salvation. A nod to Gothic and Romanesque churches, Le Corbusier’s scheme for naturally lighting the interiors via random cut outs on the thick masonry walls and a gap between these walls and the roof, forming the clerestory windows, is one of the most memorable features of this church. 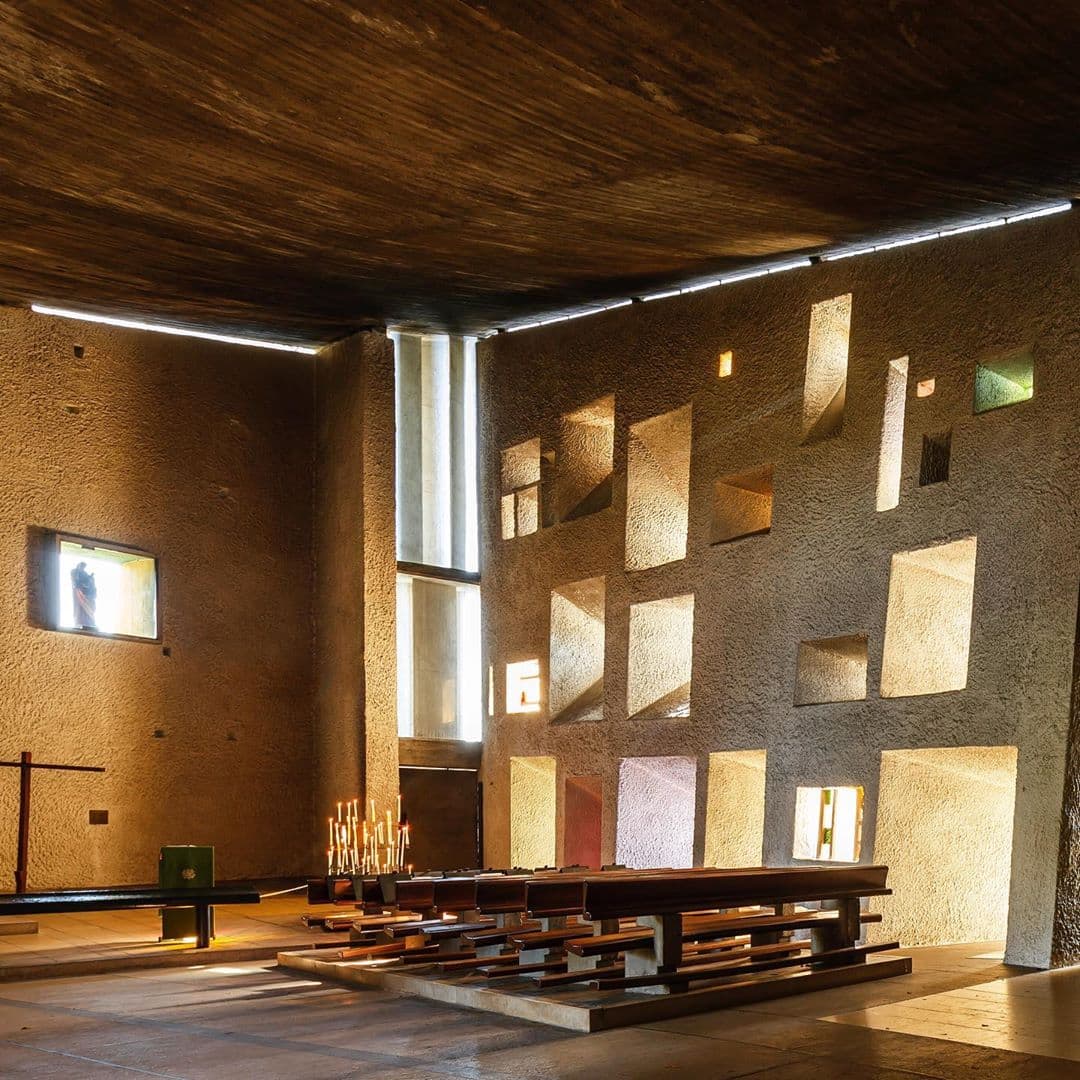 Interiors are made memorable by the light streaming in from the windows and the clerestory. A chapel that was not designed for a specific religion, Eero Saarinen’s Chapel at MIT is stunning in its execution of form and light. In the interiors, the undulating wall fashioned of rough, imperfect bricks to heighten texture, are windowless, but complemented by artificial light. A singular oculus and crevices along the walls dramatically illuminate the space. The altar is a small marble cube, and the focal point is a glittering metal sculpture by Harry Bertoia. 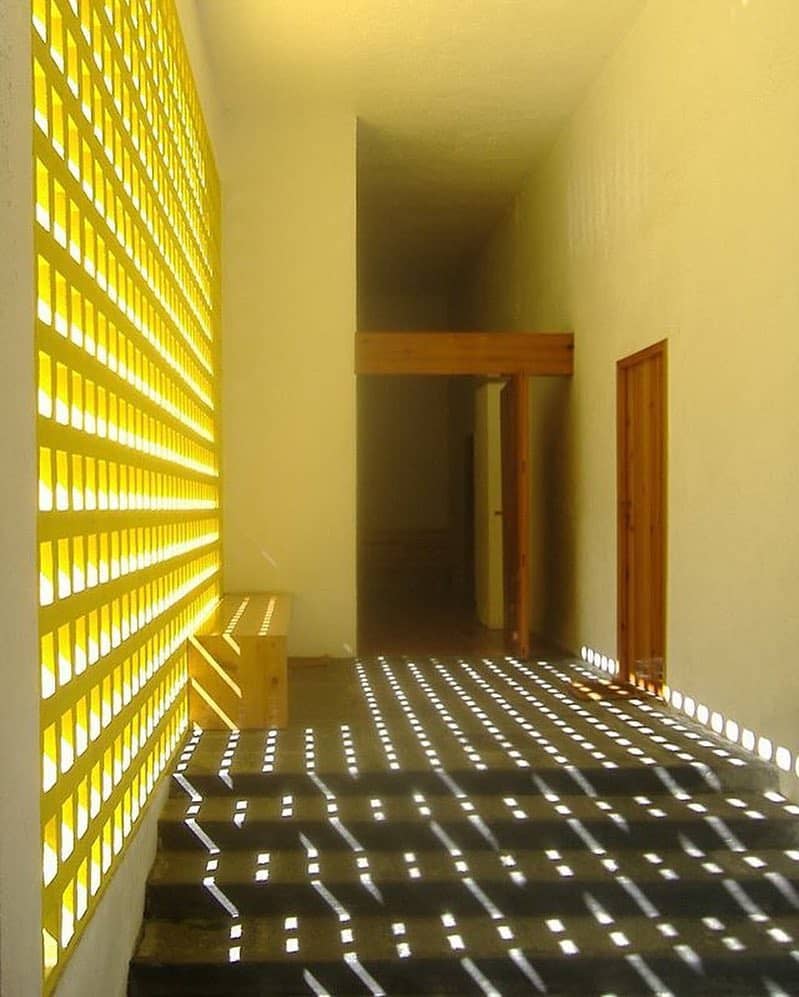 Also known as the Capuchinas Chapel, this church reflects Luis Barragan’s maturity as an modern architect. He uses the properties of light to reveal beauty through color. Ando uses the contrasting qualities of light and solid form in order to express the duality of nature. In this 113 sq m chapel, light comes from a cross-shaped cut on the concrete wall behind the altar. This building was designed with the concept of emptiness. The serenity that it portrays is severe. 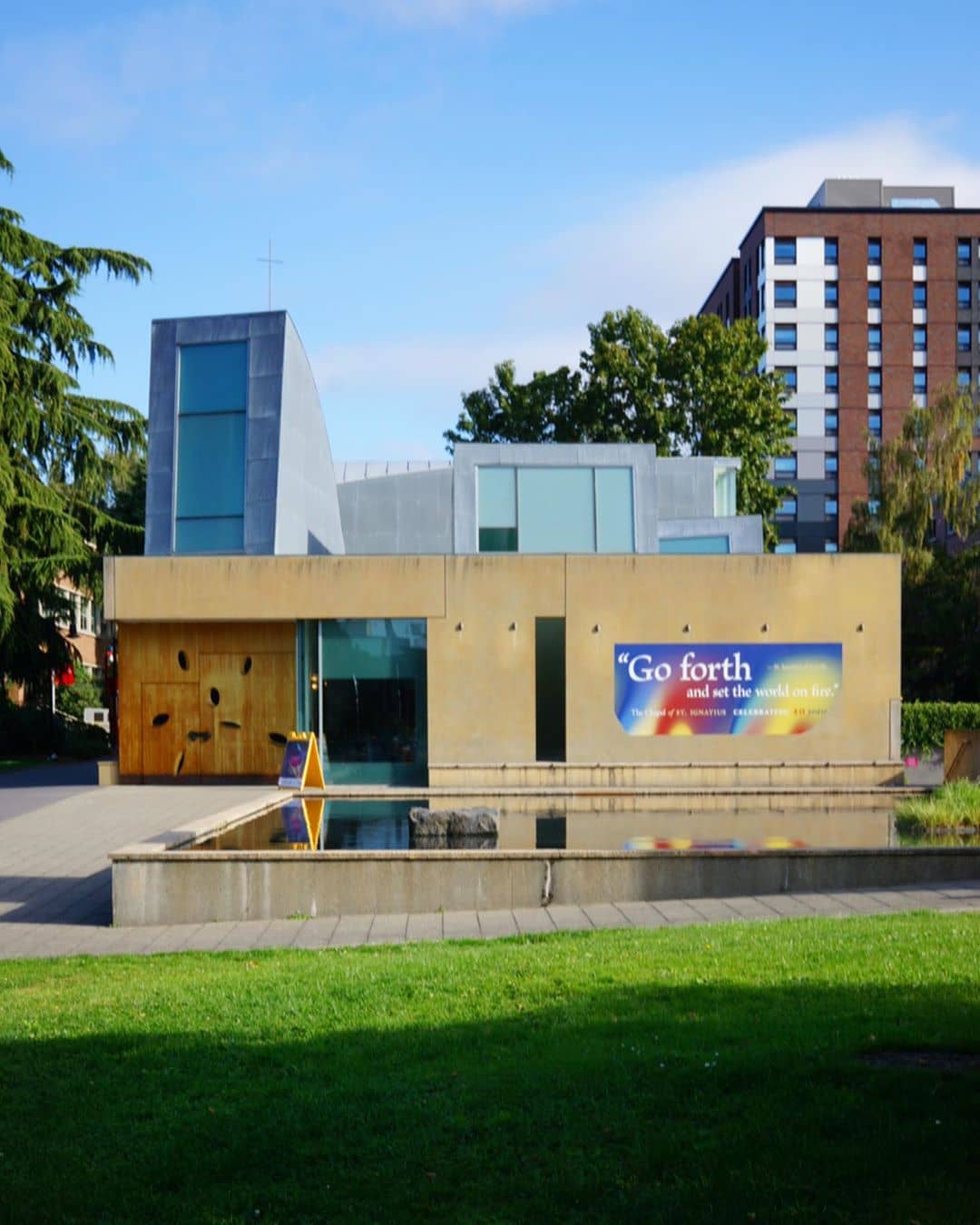 Chapel of Ignatius by Stephen Holl, Seattle, US

Steven Holl was guided by the Jesuit tenets of Catholicism in his design for The Chapel of St Ignatius. The architect likens the structure to “seven bottles in a stone box.” Each of these “seven bottles” gives a different quality of light, from a certain cardinal direction. At night, the whole church acts as a beacon for the university campus by shining its light in all directions. 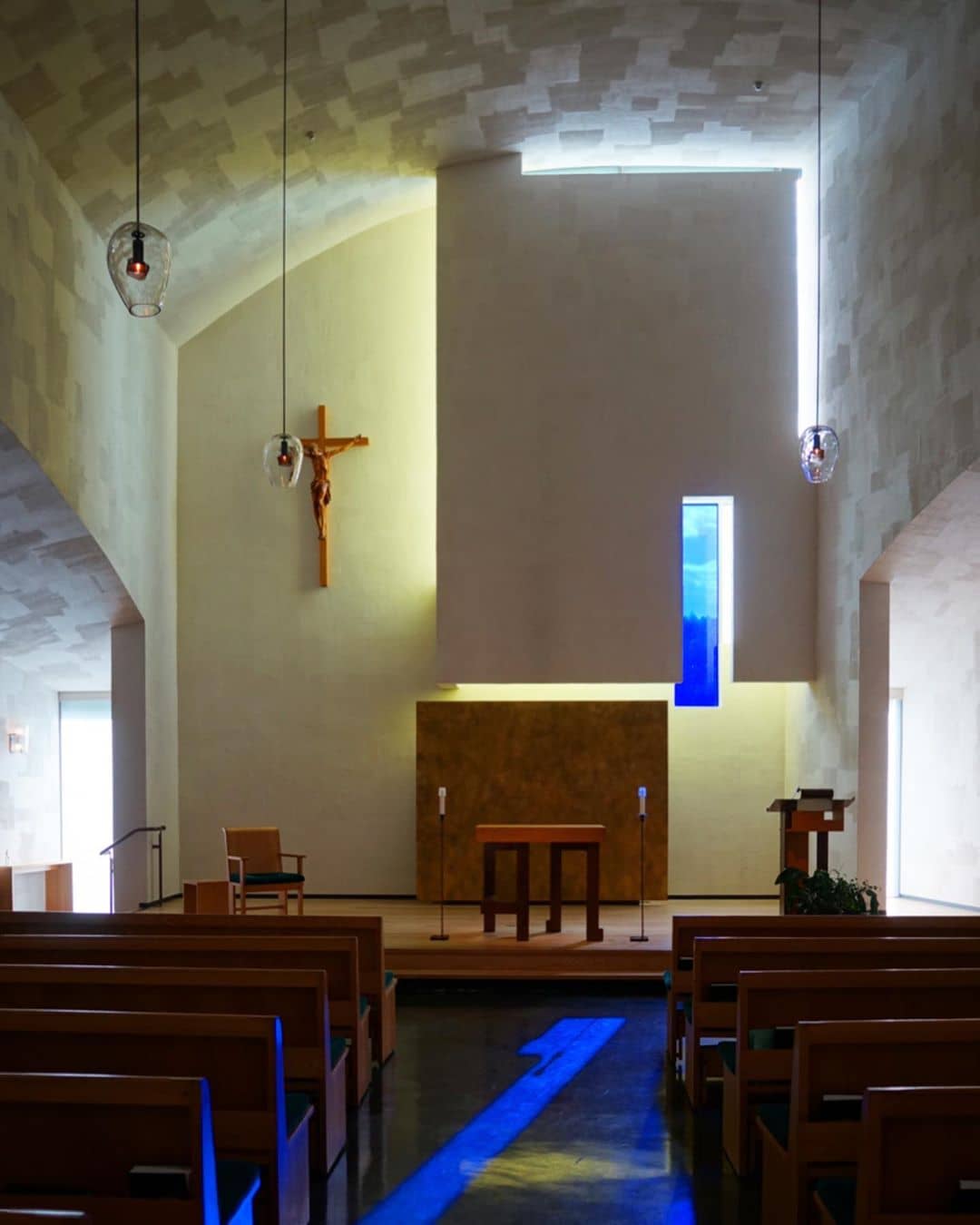 Chapel of Ignatius by Stephen Holl, Seattle, US

Interiors of the chapel The son of Frank Lloyd Wright, Lloyd Wright designed the Wayfarers Chapel to "achieve a delicate enclosure that allows the surrounding landscape to define the sacred space" It is situated in a dramatic location, on cliffs above the Pacific Ocean, making it a popular location for TV series and weddings. 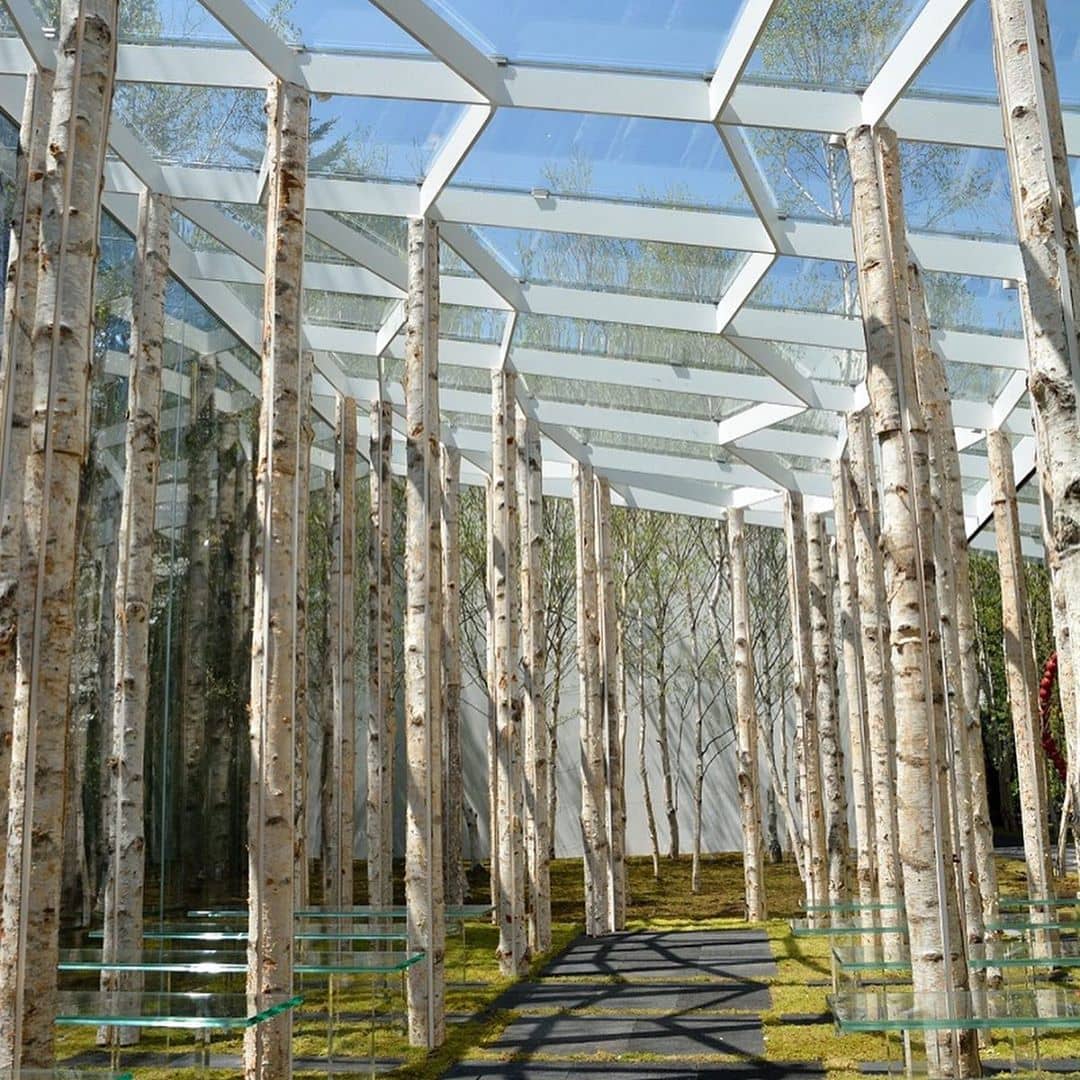 Kengo Kuma’s intention was to make the chapel disappear into Karuizawa’s forest of white birches. To achieve this, steel posts covered in birch trunks were used as supports for the glass roof. Glass and acrylic benches disappear in a carpet of moss that acts as the flooring. 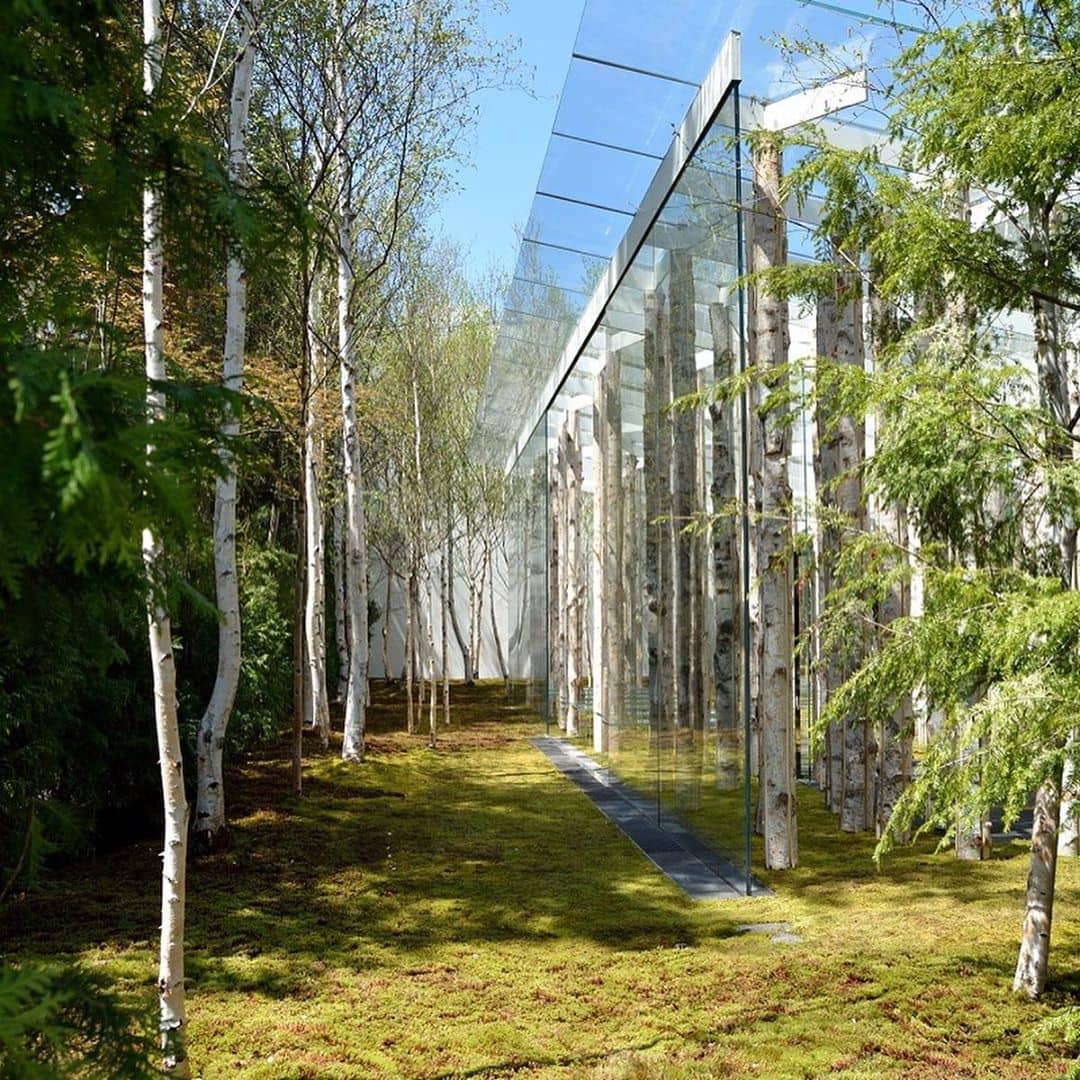 This Church is made of 96 tubes, reinforced with laminated wood beams, which have been "coated with waterproof polyurethane and flame retardants". Small gaps between each tube let the light filter into the space that seats 700 people. 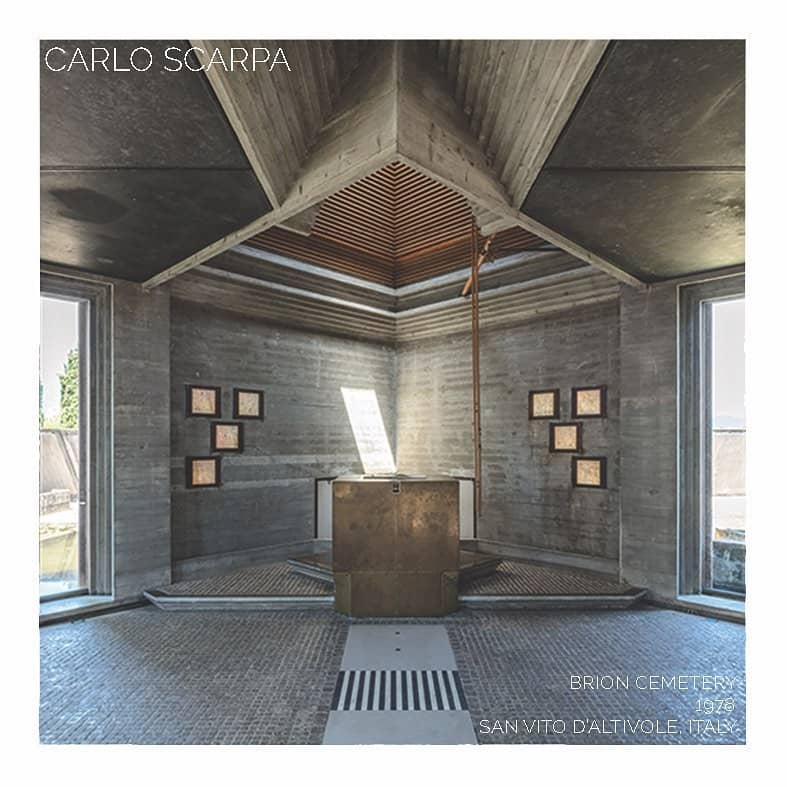 A masterpiece, Scarpa’s Brion Chapel is the culmination of Scarpa’s use of concrete, mosaics and bronze.