12 Fun Facts About Bright And Win, As Revealed By The "2gether: The Series" Actors

It has become our new Friday night habit, catching hit Thai Boys Love TV series characters Sarawat and Tine in 2gether. The show attracted thousands of viewers across the globe, including the Philippines, and is a constant trending topic on social media.

It’s not just the story that got us hooked. The show’s fans are crazy over its lead actors, too: Vachirawit Chiva-aree (Bright) and Metawin Opas-iamkajorn (Win). This pairing is well loved for their strong connection and intense chemistry.

Last May 8, Filipino fans were treated to lots of kilig with ABS-CBN Entertainment’s exclusive Zoom call with these 2gether: The Series actors! This talk is the duo's first international interview, where they shared their thoughts on the show’s success and their characters. We loved the things they revealed about each other! Watch the interview below.

“We’re very proud and excited about it,” Bright tells reporter MJ Felipe, when asked to share how they feel about the huge attention they’re getting. He says the series is relatable, making 2gether a light and easy show to follow; he further compares its narrative to “a routine of a normal life.”

Bright and Win also expressed their opinion about love during the interview. Modern love, in both traditional and non-conservative forms, is still a hot topic in some parts of the world. But for these two leading men, love is simply as it is—love.

“For me, love has no definition. It has many forms,” 22-year-old Bright shares, which his onscreen partner agrees with. “Love is not about gender; it’s not about another thing. Love is just about love,” Win adds.

It’s 13-episode run is coming to a close, with its last showcase airing on Friday, May 15. In the most recent episode, viewers are introduced to a new girl and Sarawat’s first love Pam, who stirred up some jealousy issues that threaten the relationship of the main characters. On Friday, it will be revealed if Sarawat and Tine’s love story will have a happy ending or a heartbreaking conclusion. But no matter the ending, one thing’s for sure—many people enjoyed the series and many more are starting to get hooked.

Will there be a season 2 of 2gether? We answer this and share more details about Bright and Win as we gather fun facts based on ABS-CBN Entertainment’s exclusive interview with the Thai actors. Check out this gallery below and learn more about the actors behind Sarawat and Tine, while we patiently await their love’s fate in the final episode. 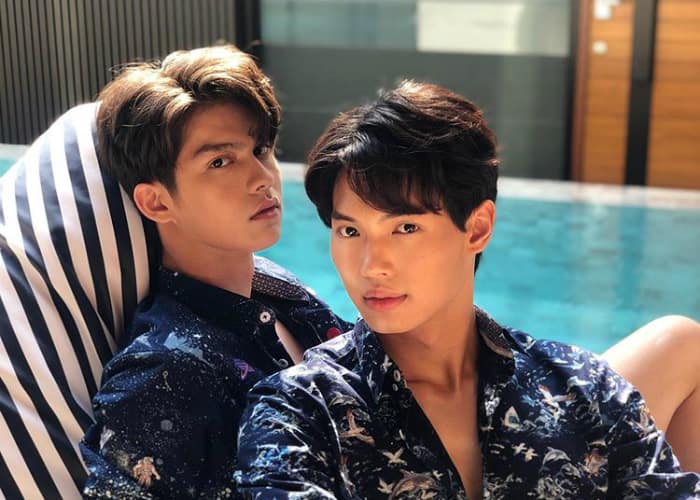 1. Bright is almost similar to his "2gether" character.

Smart, talented, reserved. These are just some of Sarawat’s traits that fans have come to know in the series. But we wonder—does Bright have the same personality as his onscreen alter ego? The young actor answers "yes," saying he’s about 80% like Sarawat. 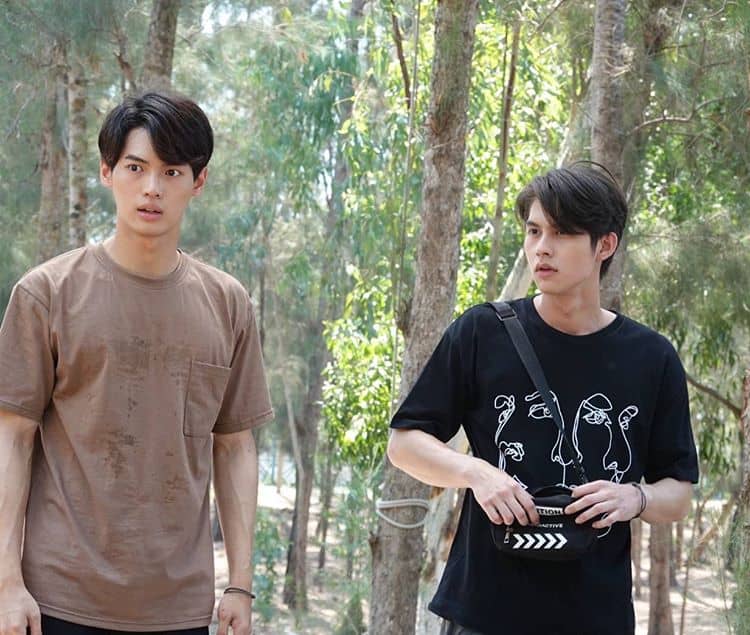 2. Both actors didn’t know who they’re playing in the beginning.

When this project was offered to Bright and Win, they had no idea which character they’re going to play. “I just know that in the series, I have to act,” explains Bright. The up-and-coming actor welcomes his career on a high note, indeed! And not taking it for granted, the 21-year-old put in a lot of effort in giving life to Tine. “I was very excited because it’s my first series,” he says. “When I got the script, I tried to work with it—I learned who Tine is and tried to blend it to me.” 4. Sarawat is a challenging character to portray.

“For me, Sarawat is hard,” Bright confesses. “He doesn’t want to express his emotions, so I have to express it [in a natural way] through the eyes.” The actor, who portrays Tine in "2gether," reveals that he used to be an exchange student in Iowa. 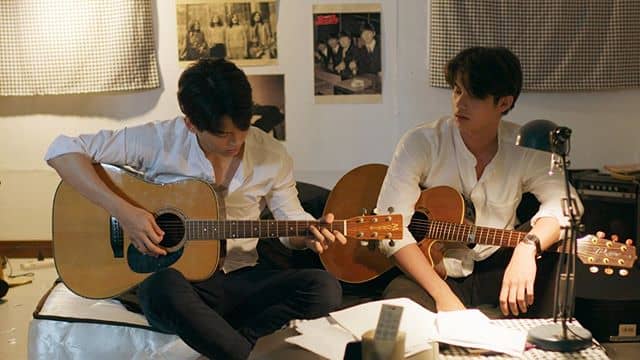 6. Bright didn’t know Win used to be in a band.

In "2gether," we see Win’s character struggle in learning to play the guitar. But in real life, the actor actually has some experience in music! Years back, Win was part of a band and played guitar—but didn’t pursue it further. Bright chips in, teasing his co-actor, “I didn’t know that before!” 7. Both are still in school.

It’s hard to juggle a budding acting career while attending university, but nothing is impossible for these passionate individuals. Bright is currently in his second year taking up Marketing, while Win studies Economics, now in his fourth year. 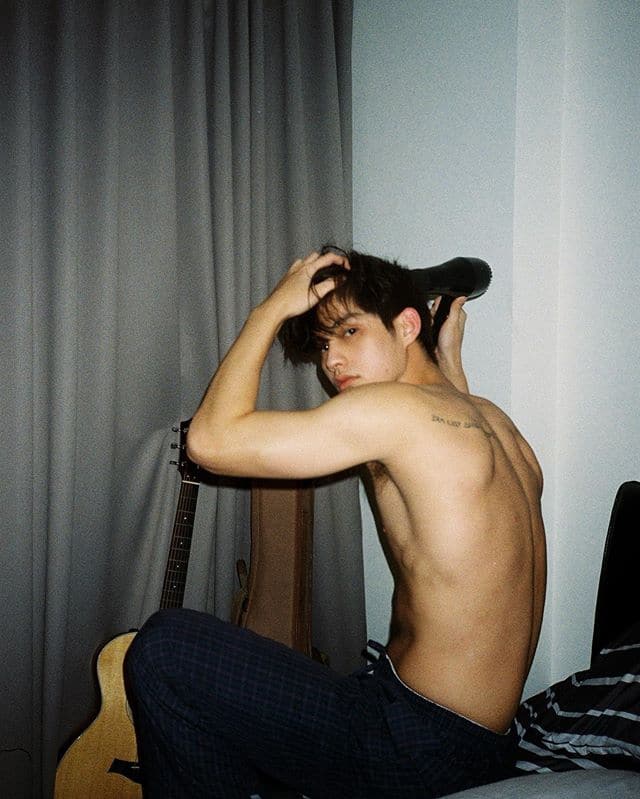 8. Here's the story behind the nickname "Bright."

His nickname is not really close to his real name, Vachirawit, so MJ asked where Bright came from. He explains, “[It came from] my mom. [In the family], my cousins’ names are spelled with the word B. So [they called me] Bright, because it’s a B word.” The multitalented idol loves the work he does—he’s an actor, a singer, and a host. But which among these does he like the most? “I cannot say which one I like the most, but being a singer is the most interesting for me now,” Bright answers. In the future, he wants to pursue music more. 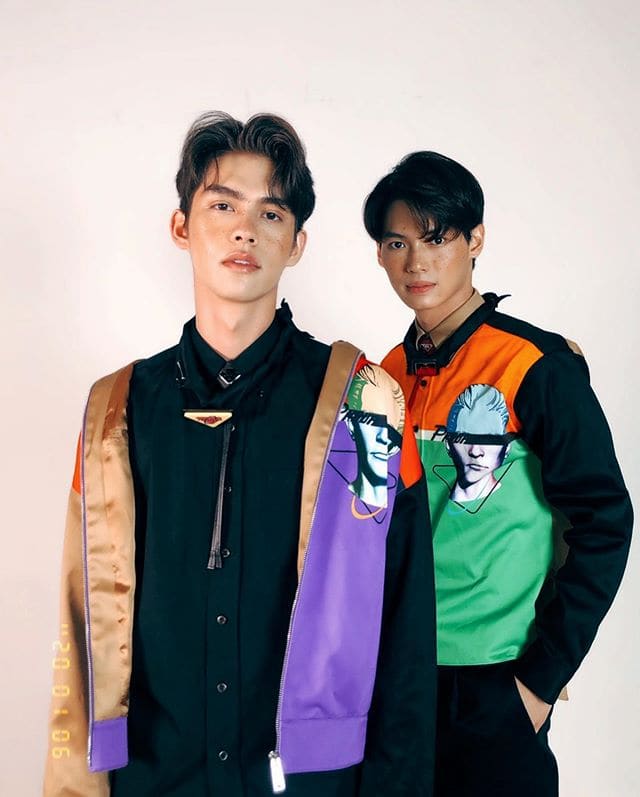 10. Being a celebrity wasn’t their childhood dream.

Young Bright thought of becoming a doctor, while young Win used to dream of entering the field of Architecture. 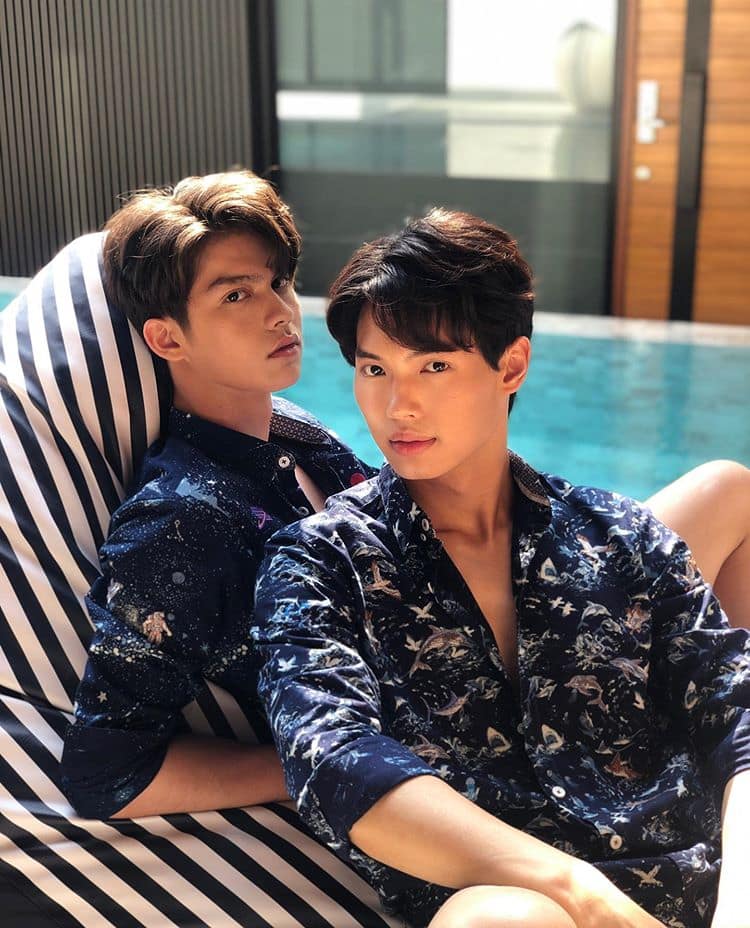 11. They’ve never been to the Philippines.

But the two share their desire to visit our country, wanting to see our beautiful beaches and meet their Pinoy fans as well! MJ asked the question everyone needs an answer for—will there be a sequel to Sarawat and Tine’s tale? “Maybe,” was their response. But both didn’t hesitate to share a wish for a follow-up story. “We hope so,” Bright exclaims.

The Most Regal Korean Actors As Emperors, Kings, And Princes In K-Dramas