Their acting skills are truly noteworthy! We loved their powerful characters, we empathized with them, and we rooted for them!

It's an exciting time in the Korean entertainment industry, with more and more of its dramas and films reaching a wider audience globally. The Korean wave (or the so-called Hallyu) has hit many people hard, so hard, in fact, that they were knocked into a deep slumber, and the next thing they knew, they've landed in K-Dramaland with no easy exit in sight. Or, did they see a way of escape but still allowed themselves to be pushed further into this black hole of fandom? That actually sounds pretty accurate, and we can totally relate!

The excitement towards the upcoming 56th Baeksang Arts Awards, the awards ceremony described as the "Oscars of Korea," is a clear indication of how much Korean films and K-Dramas have made an impact in the entertainment industry across the world. The event is set to take place on June 5 at KINTEX in the Gyeonggi province of South Korea, with hosts Shin Dong-yup, Bae Suzy, and Park Bo-gum.

We've turned the spotlight on the best actors, actresses, and supporting actors in K-Dramaland, and now, it's the supporting actresses' time to shine. Just as the competition is tough for the other categories, it's not easy to tell as well who will take the Best Supporting Actress (TV) award home this year. Each of the nominees stole attention for highlighting their characters' strengths and weaknesses, struggles and successes, as well as joys and pains.

In the gallery below, get to know the Best Supporting Actress nominees for TV at the 56th Baeksang Arts Awards: 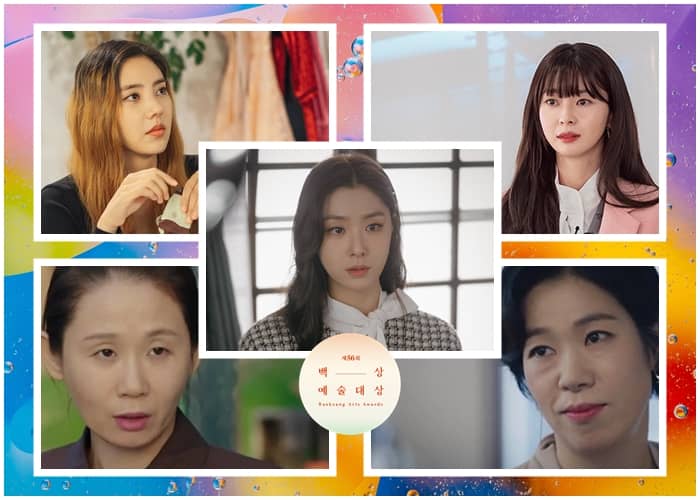 Seo Ji-Hye for "Crash Landing on You"

Seo Ji-hye starred in CLOY as the beautiful Seo Dan, a North Korean department store heiress and an aspiring cellist. She is engaged to the character of male lead Hyun Bin, Capt. Ri Jeong-hyeok, but as the story progresses, she develops an unexpected connection with South Korean conman Gu Seung-joon (Kim Jung-hyun) and discovers a valuable lesson about life and love. 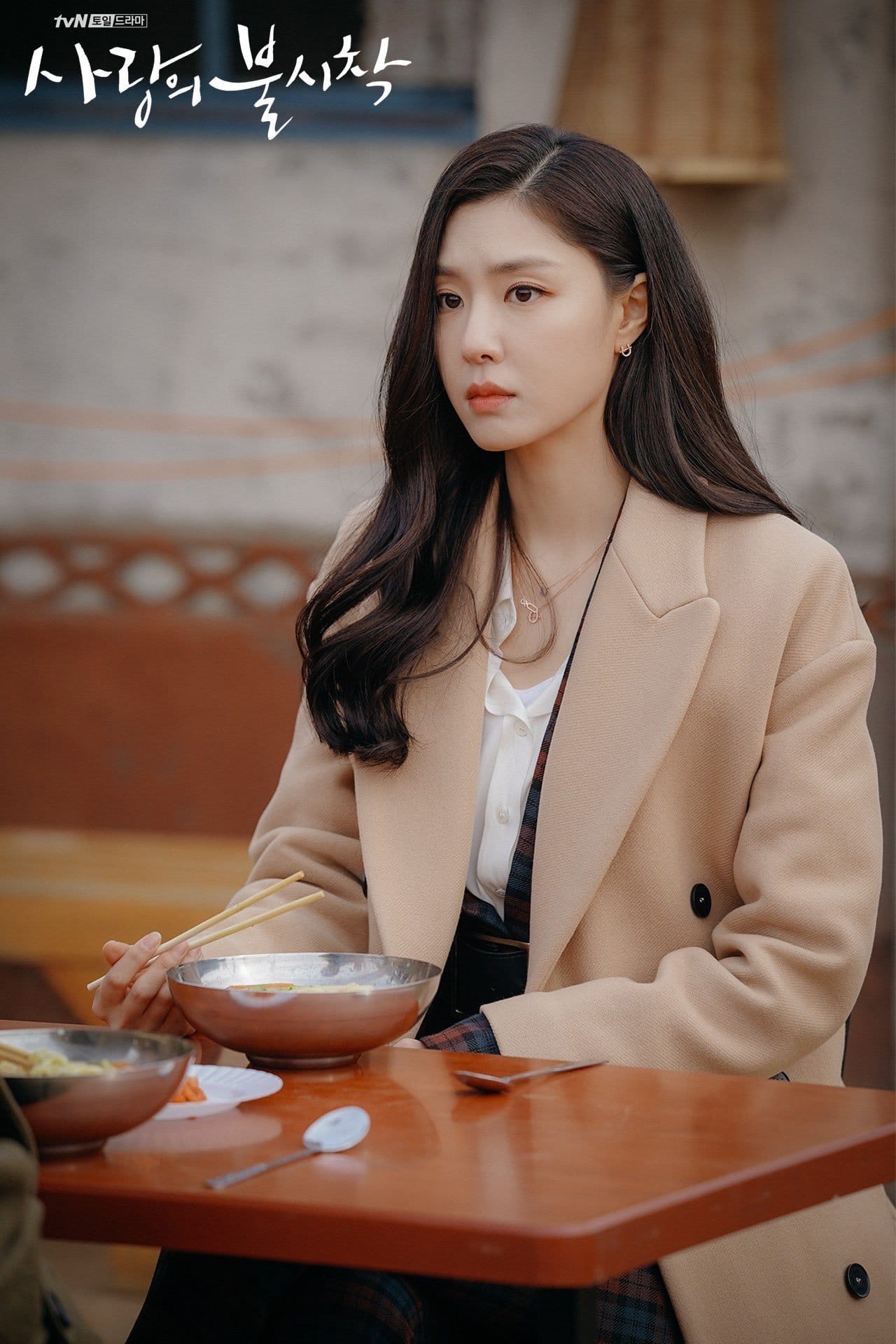 Seo Ji-Hye for "Crash Landing on You"

If you wanna see more of her, check out the other K-Dramas she's part of: "Heart Surgeons," "Black Knight: The Man Who Guards Me," "Don't Dare to Dream," "Punch," "49 Days," "Kim Su-ro, The Iron King," 'Chunja's Special Day," "Legend of Hyang Dan," and "Over the Rainbow" (Her latest K-Drama, wherein she stars with actor Song Seung-heon, titled "Dinner Mate," will be released this month!) 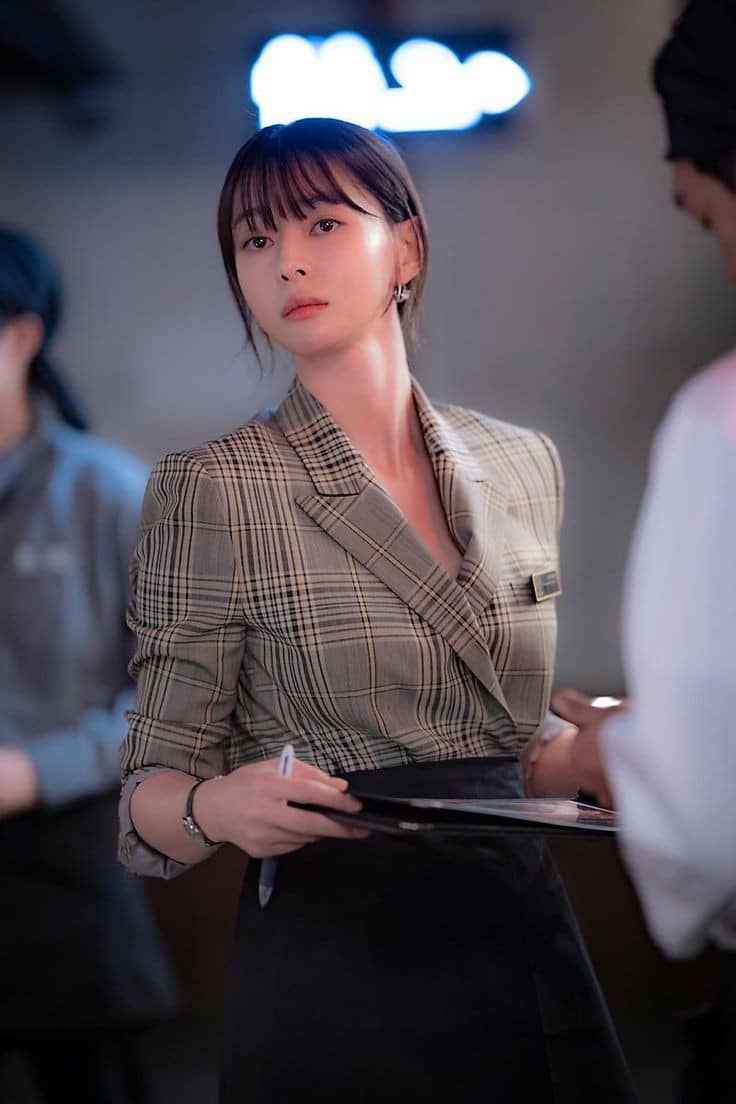 Kwon Nara is Oh Soo-ah in this drama series that revolves around the cutthroat food business. Soo-ah is the first love of the male lead character, Park Sae-ro-yi (Park Seo-joon), but due to circumstances, she is compelled to work for Sae-ro-yi's ultimate rival, affecting their friendship and relationship along the way. 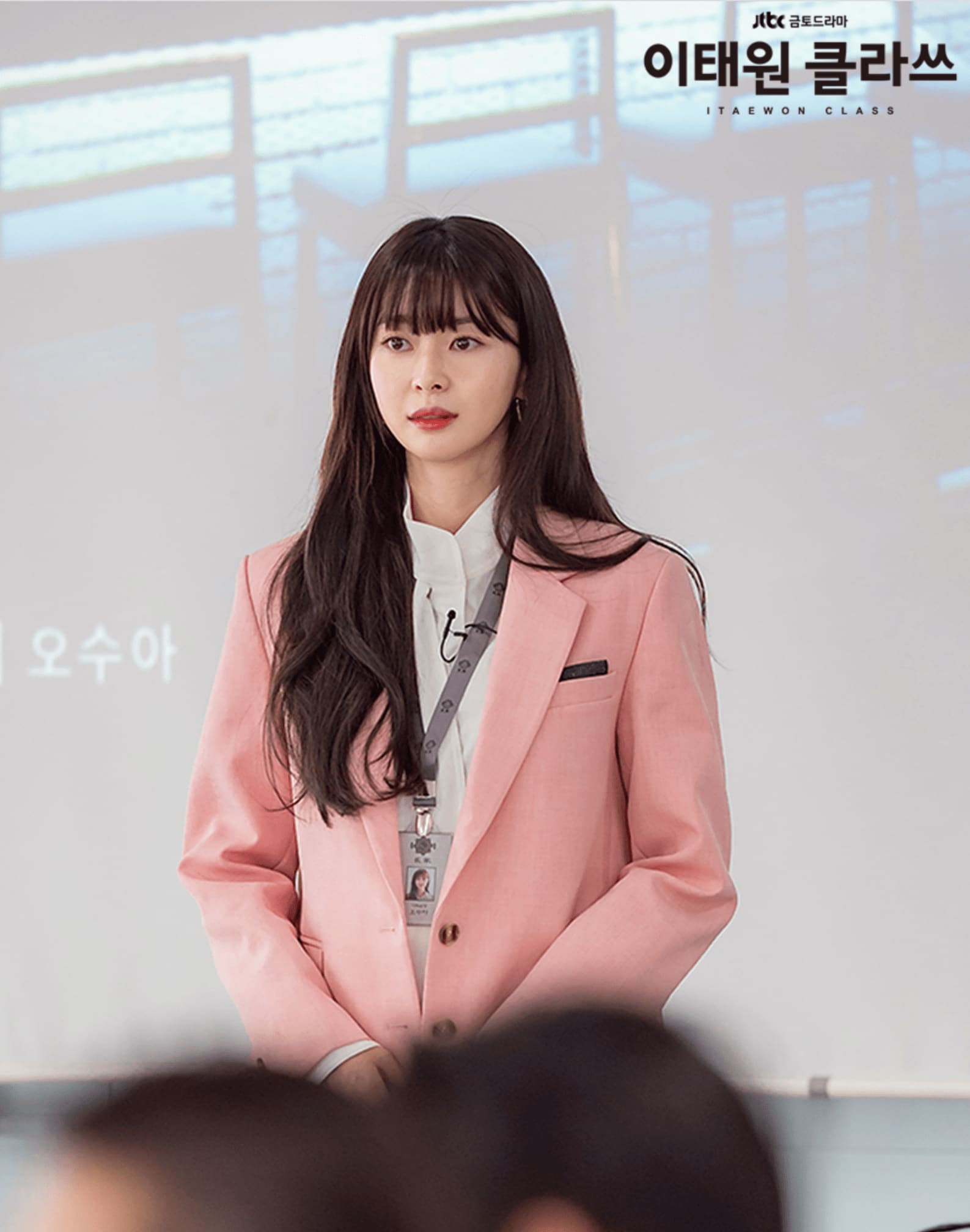 If you want to see more of her, check out the other K-Dramas she's part of: "Doctor Prisoner," "Your Honor," and "Suspicious Partner" 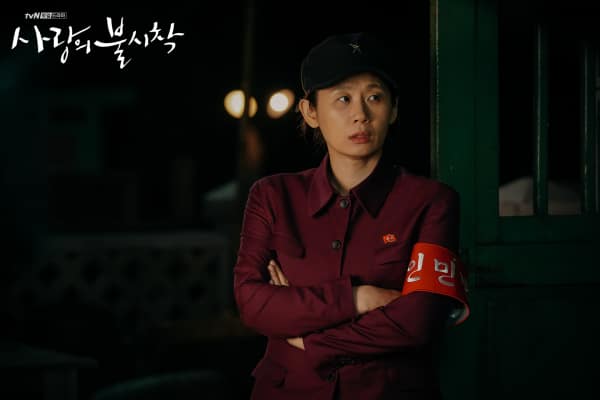 Kim Sun-young for "Crash Landing on You"

In this romantic drama, much of the scenes between characters Yoon Se-ri and Ri Jeong-hyeok are set in the latter's neighborhood in North Korea. Here, he is adored by a group of women in his village. Kim Sun-young's character Na Wol-sook is part of that group. She's one tough lady, and when she gets drunk, she makes the mistake of talking about things she shouldn't have. Hilarious!

Kim Sun-young for "Crash Landing on You" Yeom Hye-Ran in "When the Camellia Blooms"

She takes on the role of a lawyer, Hong Ja-young, who is married to landlord No Gyu-tae. Her husband happens to be drawn to the female lead character Oh Dong-baek (Gong Hyo-jin). She's successful career-wise, but she doesn't have a happy marriage. Later on in the series, she musters the courage to leave her husband and learns to speak up her mind like the confident and dignified woman she's always meant to become. 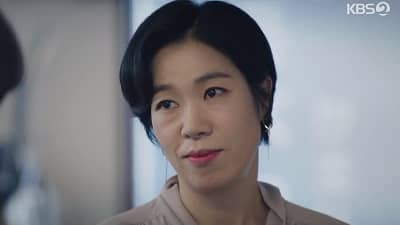 Yeom Hye-Ran in "When the Camellia Blooms"

If you want to see more of her, check out the other K-Dramas she's part of: "Life," "Lawless Lawyer," "Live," "Prison Playbook," "The Most Beautiful Goodbye," "Guardian" The Lonely and the Great God," and "The K2" 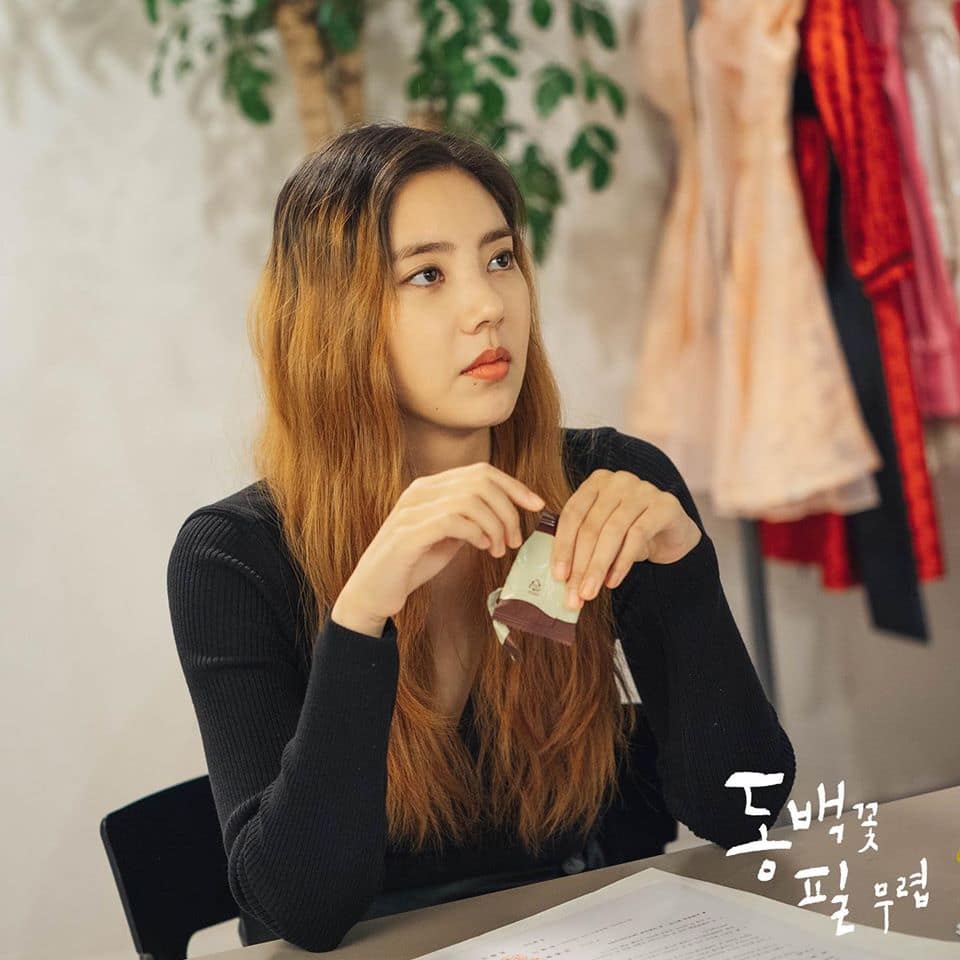 Son Dam-bi for "When the Camellia Blooms"

Son Dam-bi is Choi Yang-mi/Choi Go-eun in this rom-com thriller. Her character is the best friend of female lead character Oh Dong-baek (Gong Hyo-jin). She works at Dong-baek's restaurant, and seems to have a problematic personality. But it turns out she has a heartbreaking past that has affected her views on life. Despite that, she proves to be one of the most loyal friends one could ever have. 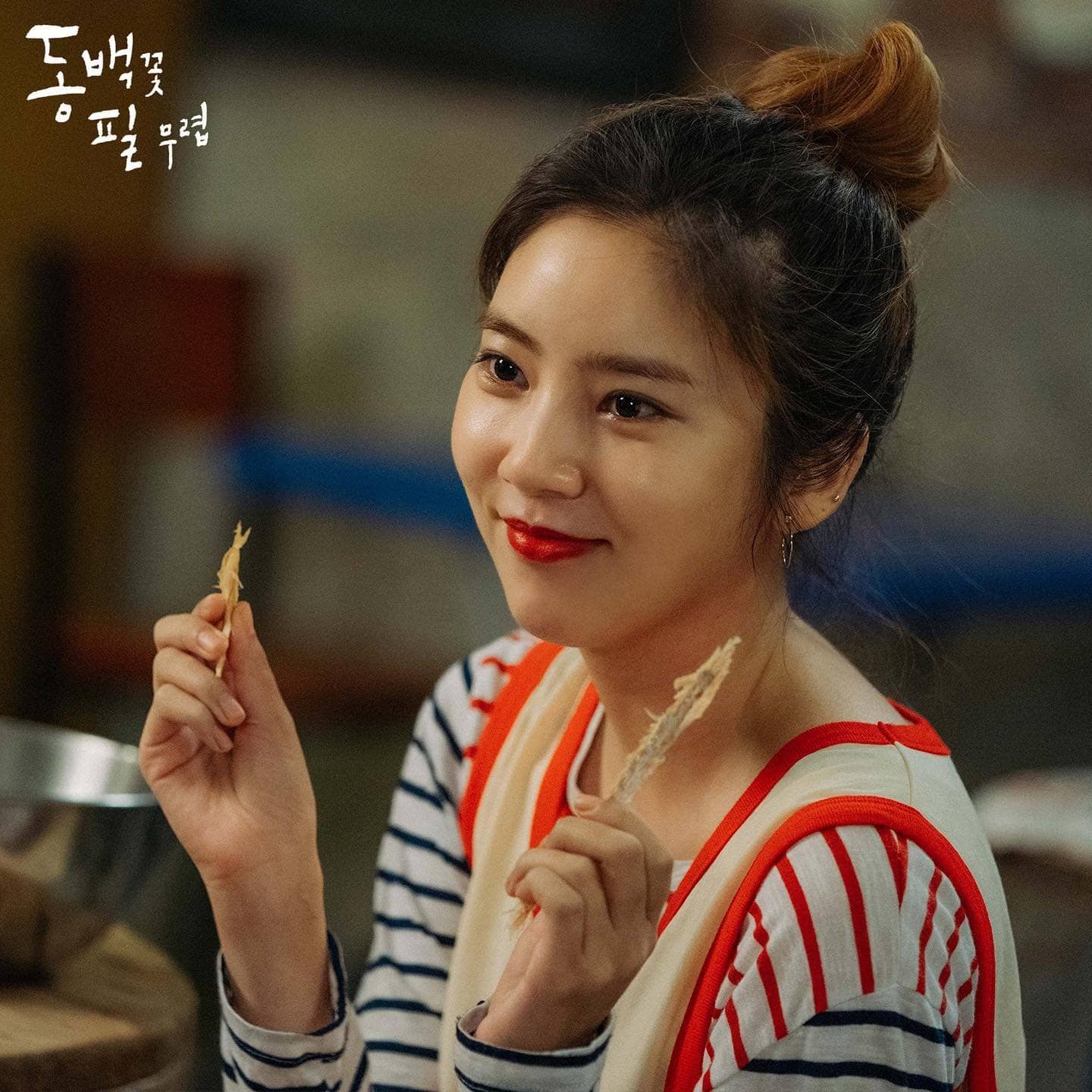 Son Dam-bi for "When the Camellia Blooms"

Hail To The K-Drama Queens! Here Are The Best Actress Nominees At The 56th Baeksang Art Awards

5 K-Drama Moms And Their Decorating Styles