The Queen's Gambit star Anya Taylor-Joy is a sight to behold.

It's not only because she's beautiful even when she's wearing that red wig of hers, but mostly because her acting ability exceeds her experience, information that she slowly lets forth scene by scene; it's like honey dripping down from a honeycomb with each taste meant to be savored and tasted by all those watching.

It's amazing how The Queen's Gambit star Anya Tayl0r-Joy has only been acting for five years, in total. Even then, the 24-year-old actress who got into this profession by chance has already established the kinds of roles—more specifically the kinds of women—she wants her career to be defined by.

Her portrayal of Beth Harmon, an orphaned chess prodigy holding a ticket to a better life but held back by a crippling addiction, is no different. She overcomes inner struggle to become more than what she was even before trauma had rudely pushed itself into her life, proving her potential among an audience of non-believers and her rightful place among the world's legendary chess players.

Those who have followed her career since her breakout movie The Witch aren't at all surprised that The Queen's Gambit star Anya Taylor-Joy is delighting us all with her mesmerizing talent. She's good at what she does, and she has every intention of becoming even better. In this way, Anya Taylor-Joy is Beth Harmon; she's not stopping at good enough, good, or even great, but wants to soar to the ranks of the spectacular, unmatched, and glorious.

As Hollywood welcomes this it girl-in-the-making, we introduce her to you with seven reasons to love her.

Sylvie From "Emily In Paris" Is Played By Philippine Leroy-Beaulieu—Get To Know The French Actress! 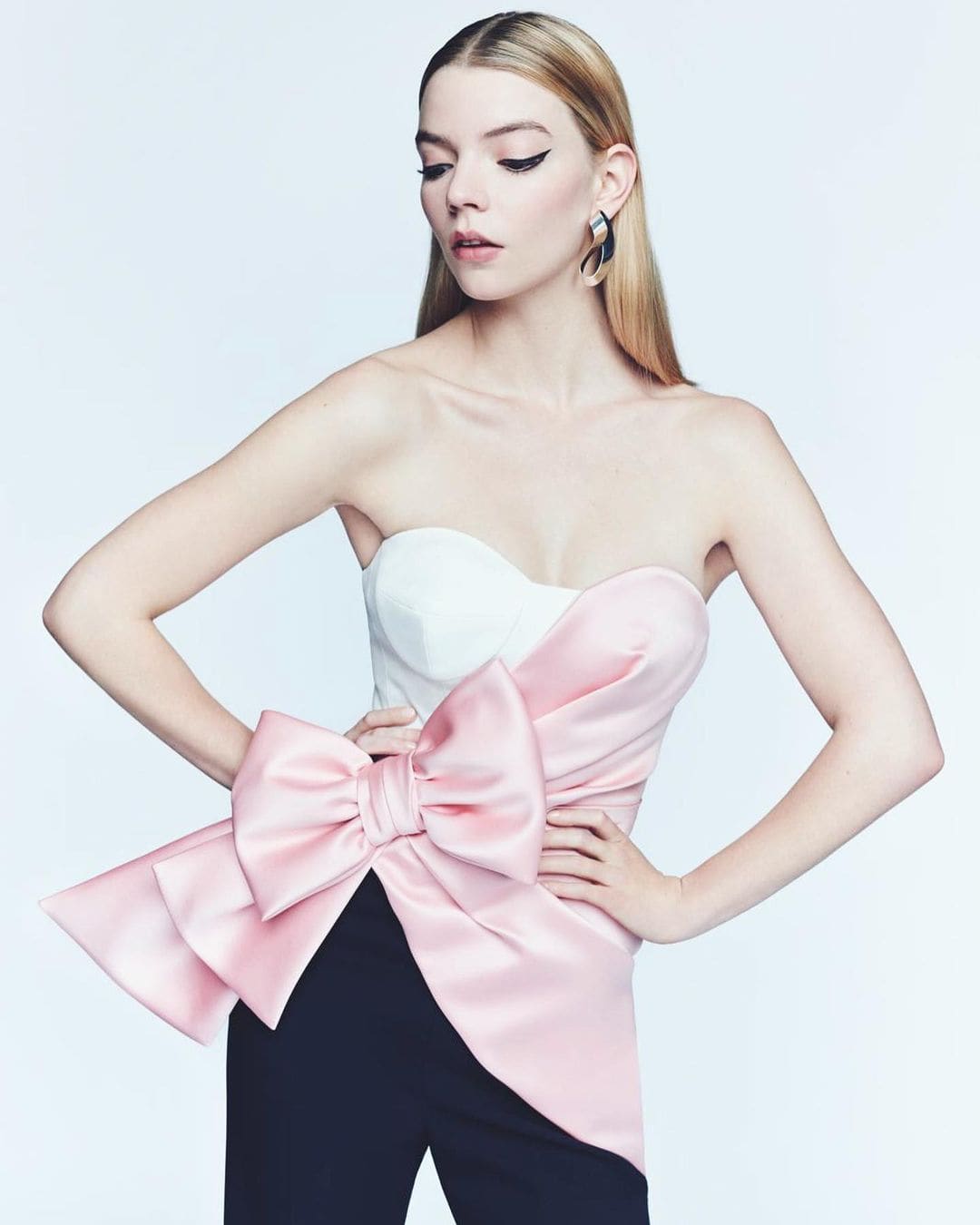 Let's begin with the fact that Anya Taylor-Joy's childhood contained enough traveling and multi-cultural exposure that most of us can only dream of having. Get this—she was born in Florida, and lived in the US just up until infancy. It didn't take long before her family relocated to Argentina (she lived in the country's capital of Buenos Aires), and right about the time she was a first grader, she found herself on the other side of the world, this time in London. Anya completed her elementary and secondary school years in the UK. As for her family upbringing, she got a taste of both South American culture, thanks to her dad with Scottish-Argentinian heritage, and her mom who is South African by nationality, but British and Spanish in ethnicity. She also speaks Spanish (with an Argentine accent) fluently, plus English of course (however, she interestingly only learned to speak English in second grade!). 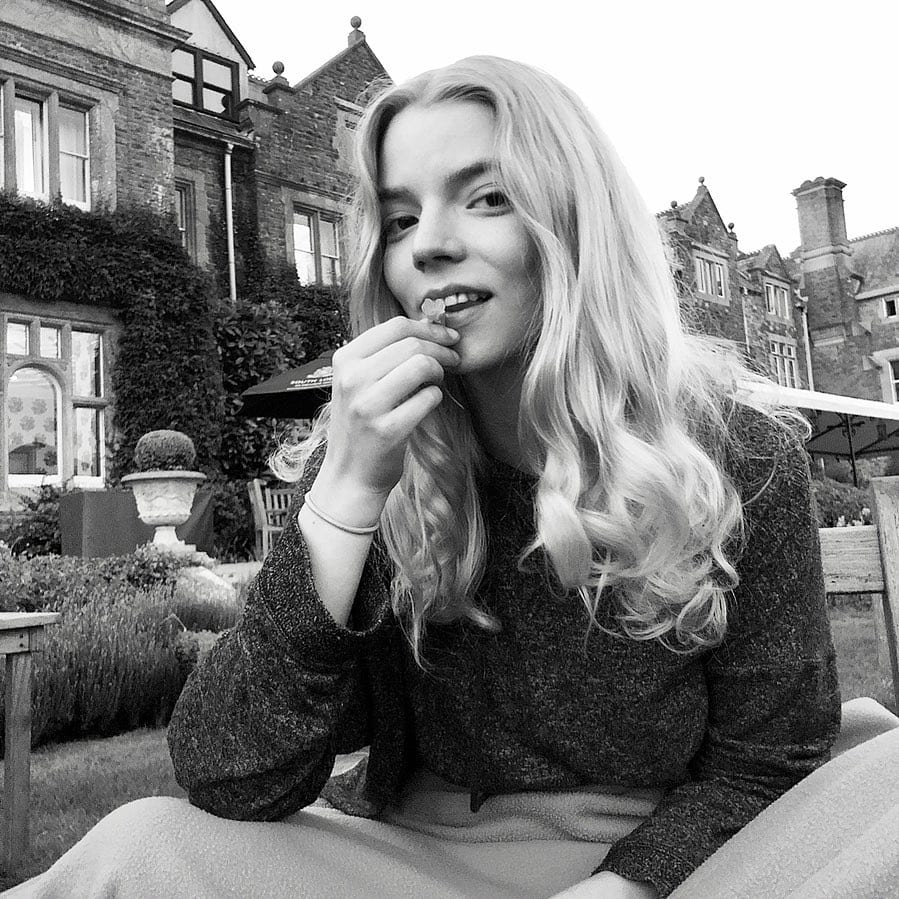 Unlike many teenage girls, Anya didn't daydream of one day becoming a glamorous actress and being in the Hollywood spotlight. She'd maybe considered becoming a dancer (she received formal ballet training while in school), but that was the most that being "famous" meant to her. It was when she was on an ordinary shopping trip when a talent scout from a modeling agency spotted her and offered her a job in fashion. She was 16 at the time, and the rest, as they say, is history. Anya wouldn't have to wait until Tinseltown would take notice of her, either. Three years after this chance event, she would star in her movie breakout role and become a breakthrough actress at 19. 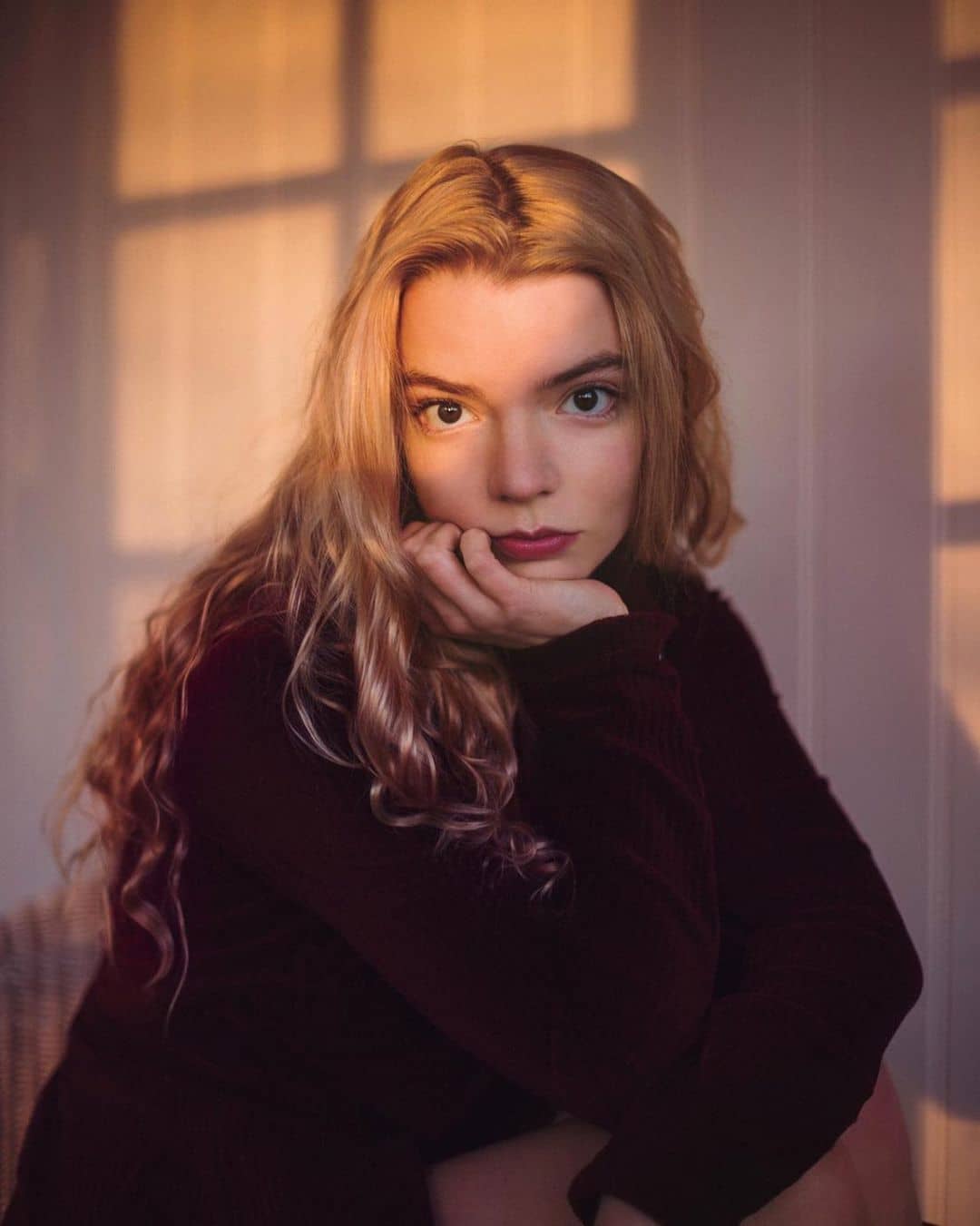 Under the witch's spell

The film we're referring to is none other than "The Witch," a 2015 period horror gem praised for way too many things to list down here. Leading the list of things to love about the movie was of course Anya, who played its lead role. Note that it was her very first movie role, and yet, she'd earned numerous nominations for the part. And by numerous, we mean 16 nominations all in all, six of which she won. There was no slowing down Anya's upward path in Hollywood by this time; critics and viewers alike were paying close attention to the doe-eyed beauty, but so was another industry—beauty and fashion. With Anya's striking features (her big, round eyes and perfect cupid bow lips are most often highlighted, for good reason), it was really only a matter of time before she'd make it to the covers of popular periodicals and work with luxury fashion brands from around the world. In the five years of her career, she's become the cover girl for magazines L'Officiel, Elle, British Vogue, W Magazine, Alexa, Hunger, and Marie Claire, while she's worked with brands like Miu Miu, Viktor&Rolf Fragrances, and Cartier. 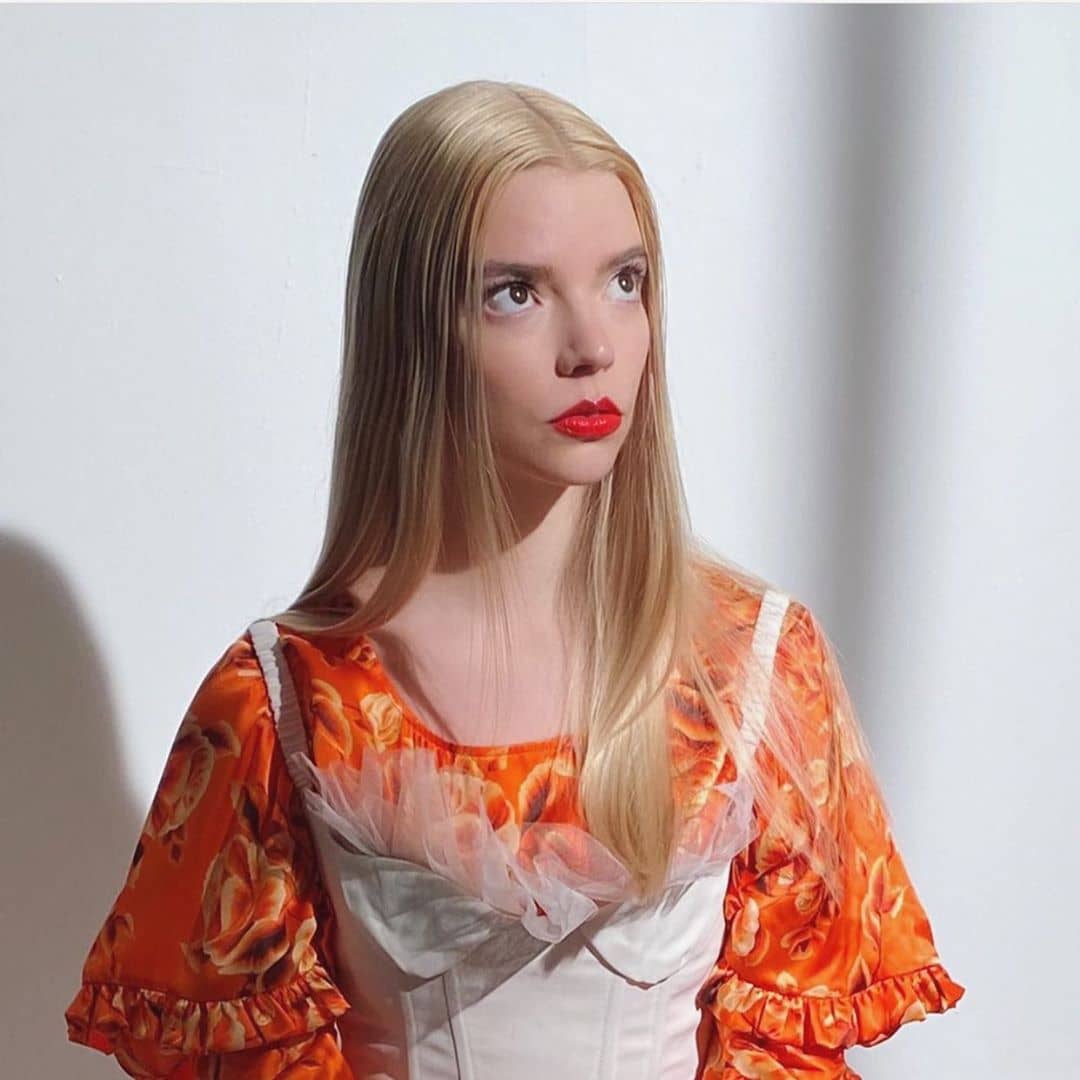 If you're only just learning about Anya today despite her steep rise to the top, it's probably because you have yet to explore her body of work which, we might say, is composed of a lot of independent titles rather than mainstream projects. That's not to say that this 24-year-old isn't cut out for the box office, only that she shines the brightest when scripts, plots, characters, and genres are a little off-kilter in comparison to traditional Hollywood. Aside from "The Witch," we loved her twisted hit "Thoroughbreds," and she also did pretty well alongside James McAvoy in "Split" and "Glass," followed by "The Miniaturist" and "Peaky Blinders." Her more recent (and more cheerful) projects that we enjoyed include "Emma," and of course, "The Queen's Gambit." Speaking of "The Queen's Gambit," it's likely the jewel of Anya's filmography, so far. The series, which tells the fictional story of make-believe chess prodigy Beth Harmon, is magnificent on its own, but it's Anya's portrayal of its main character that truly takes the cake away. Beth is a dichotomous character, certainly not easy to bring to life; she's intelligent and cunning but also a slave to her addiction, beautiful but potentially sloppy, silent but with a killer's instinct when seated in front of a chessboard. Praise has poured in for Anya after critics binge watched the show and now want only one thing: more, more, and more of her. 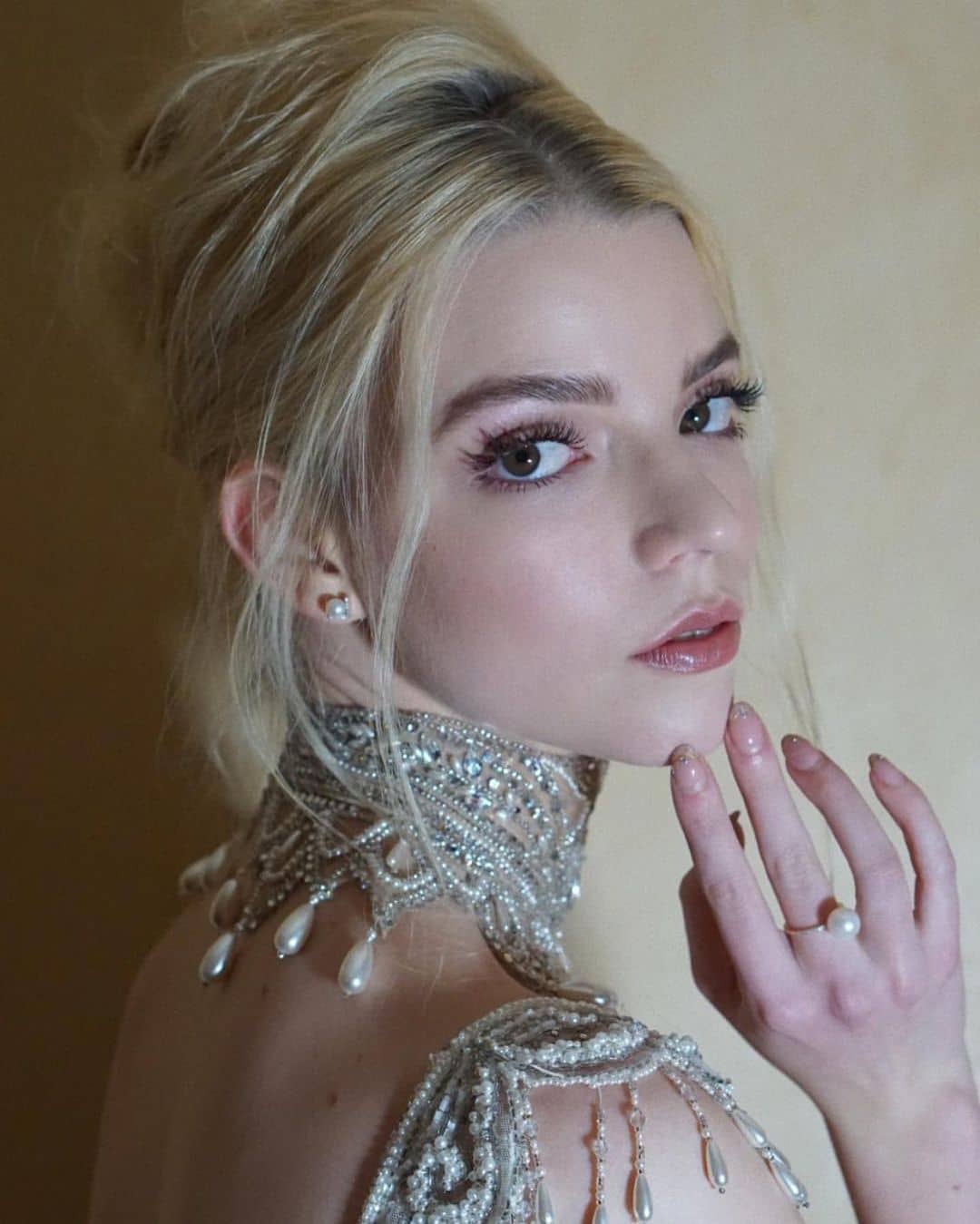 As an off-duty actress and when she's just being her regular non-celeb self, Anya still give her fans reasons to love her. Despite her editorial and couture-worthy looks, she goes about regular days makeup-free, lounging around in sweaters and joggers, hair unstyled and everything even when she's in public. As for her hobbies, she takes every chance to go to beach/pool, and in general, she's a pretty outdoorsy person that loves communing with nature and getting regular breaths of fresh air. 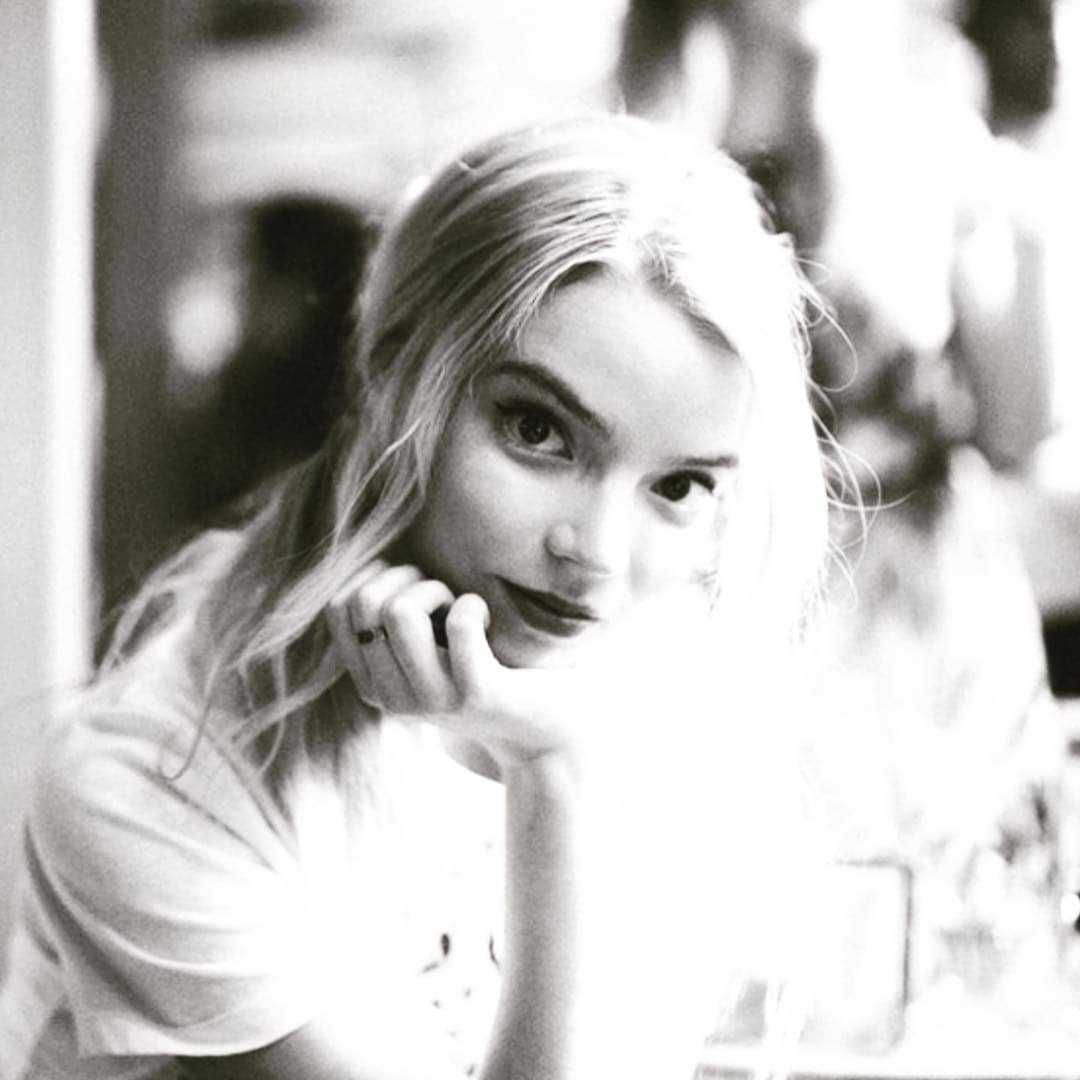 What's next for her?

For those thirsting for more Anya Taylor-Joy onscreen, worry not. Satiation comes soon and in the form of not one, but two upcoming films: psychological horror "Last Night in Soho" and "The Northman," which is currently described as a "revenge film," so get ready for more weirdness, more darkness, and more oddball beauty coming your way served in signature Anya Taylor-Joy fashion!