At the recent #ASAPKapamilyaForever thanksgiving concert party, we caught up with some of local showbiz's biggest and brightest stars, who shared with us some of their fondest memories with ABS-CBN

It’s been a year since a House of Representatives panel killed ABS-CBN’s fresh franchise application, yet the company still receives overwhelming support from many fans across the world. Despite the challenges, Kapamilya stars also remain loyal to ABS-CBN as they hope for the day the company makes its way back to television.

Last July 10, #IbalikAngABSCBN went viral in different social media platforms as this date marks the first anniversary of the company’s shutdown. A day after, ASAP Natin ’To held a “Kapamilya Forever” day and staged live performances of their biggest and brightest stars—from the young and rising artists to the veterans. They dazzled onstage while they poured their hearts out to show their support for the network that they also consider as their second home.

Fans of the Kapamilya stars and the network also expressed their support through social media using the hashtag #ASAPKapamilyaForever. Aside from the live performances of the ASAP regulars, the international British rock band Coldplay also delivered an outstanding performance of their latest single “Higher Power,” live from the UK.

They say that being in a family means that you are a part of something wonderful. Though seasons may change and the ground may shake at times, the Kapamilya network continues its mission of being in the service of the Filipino.

To express their gratitude for ABS-CBN, a number of artists spoke up about their genuine love for the company. Metro.Style asked them what their fondest memories as a Kapamilya are as well as what it truly means to them to be a Kapamilya.

Check the gallery below to read some of their answers and see our exclusive photo shoot with some of these stars: 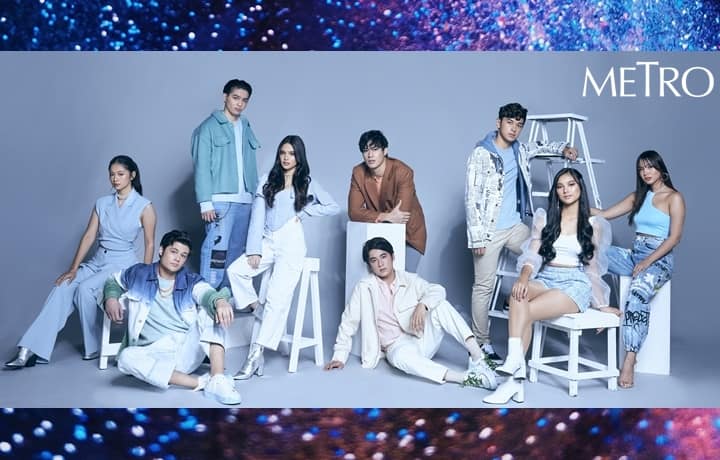 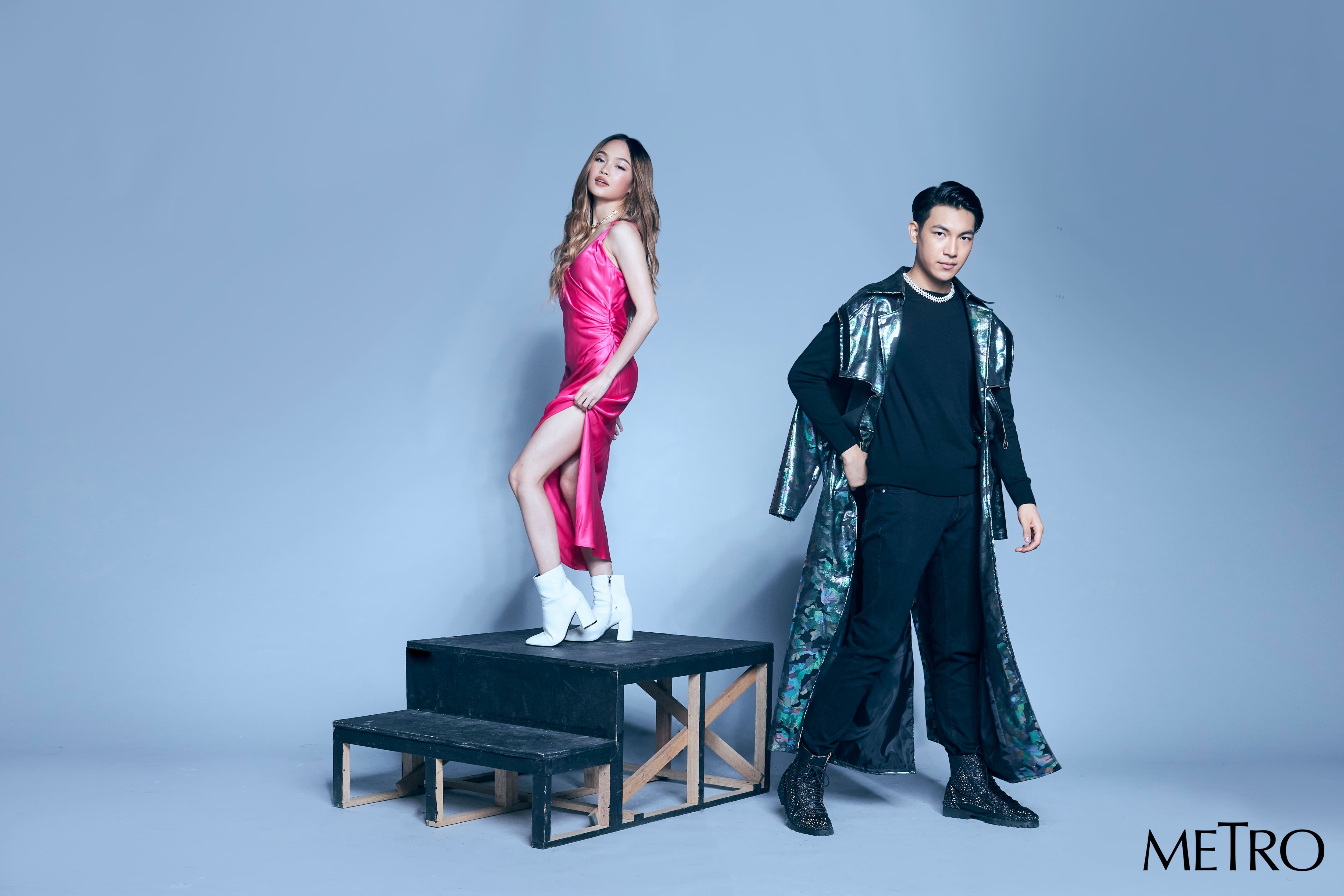 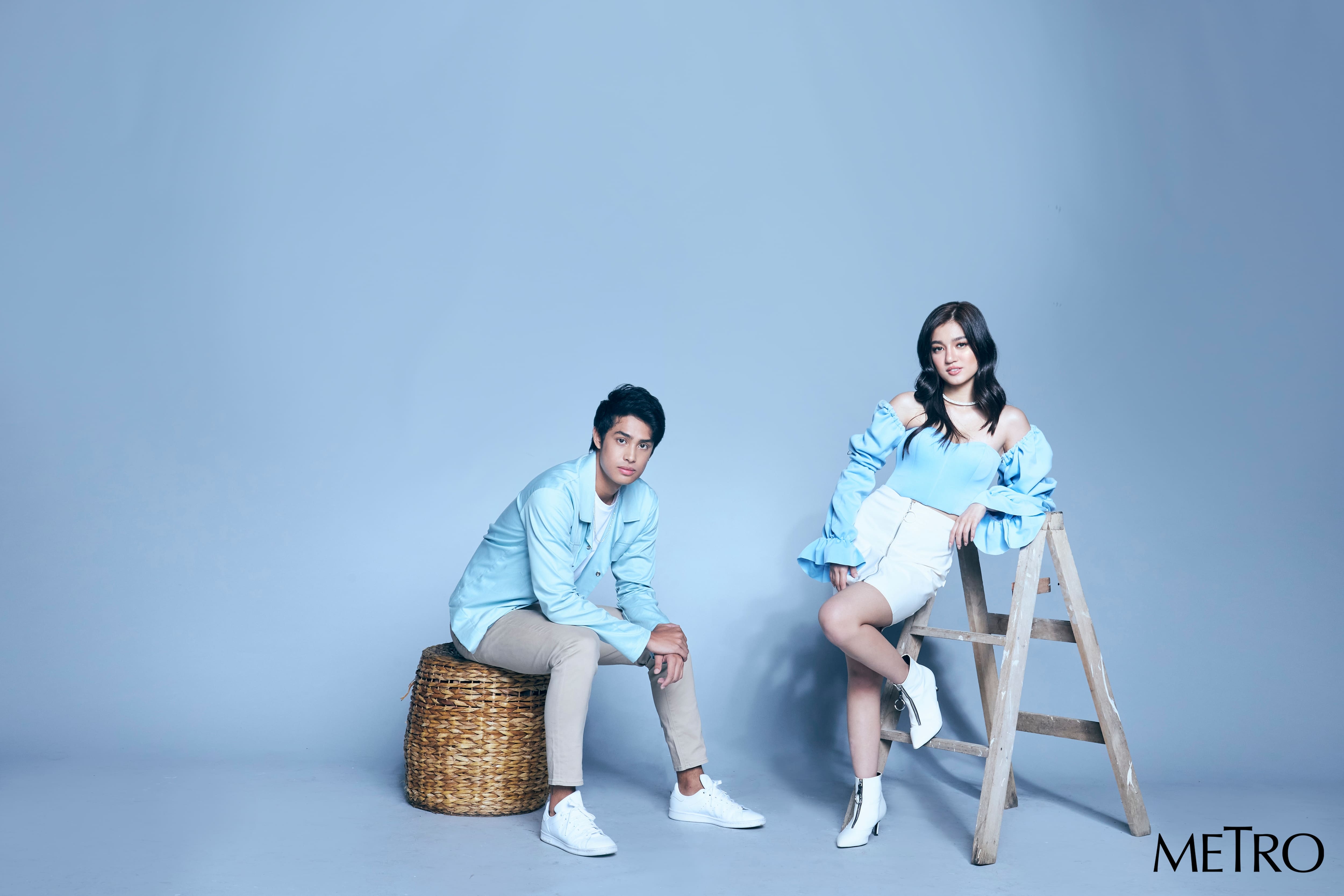 On what memory stands out for them as a Kapamilya, for Donny, it was the first Christmas Special he was a part of as well as the first Star Magic Ball he attended; Belle had a similar answer, citing the first time she appeared in "ASAP" and the first time she graced Star Magic Ball as two of her most unforgettable memories with ABS-CBN. As to what being a Kapamilya means to them, Donny says, "It means that you’re a part of a whole group of people who support and love each other. That’s it! And people who are hopeful, in a good way. Keep the faith." Belle, on the othr hand, shared, "It means home to me. Parang being around each other, na alam mong nandiyan sila for you." 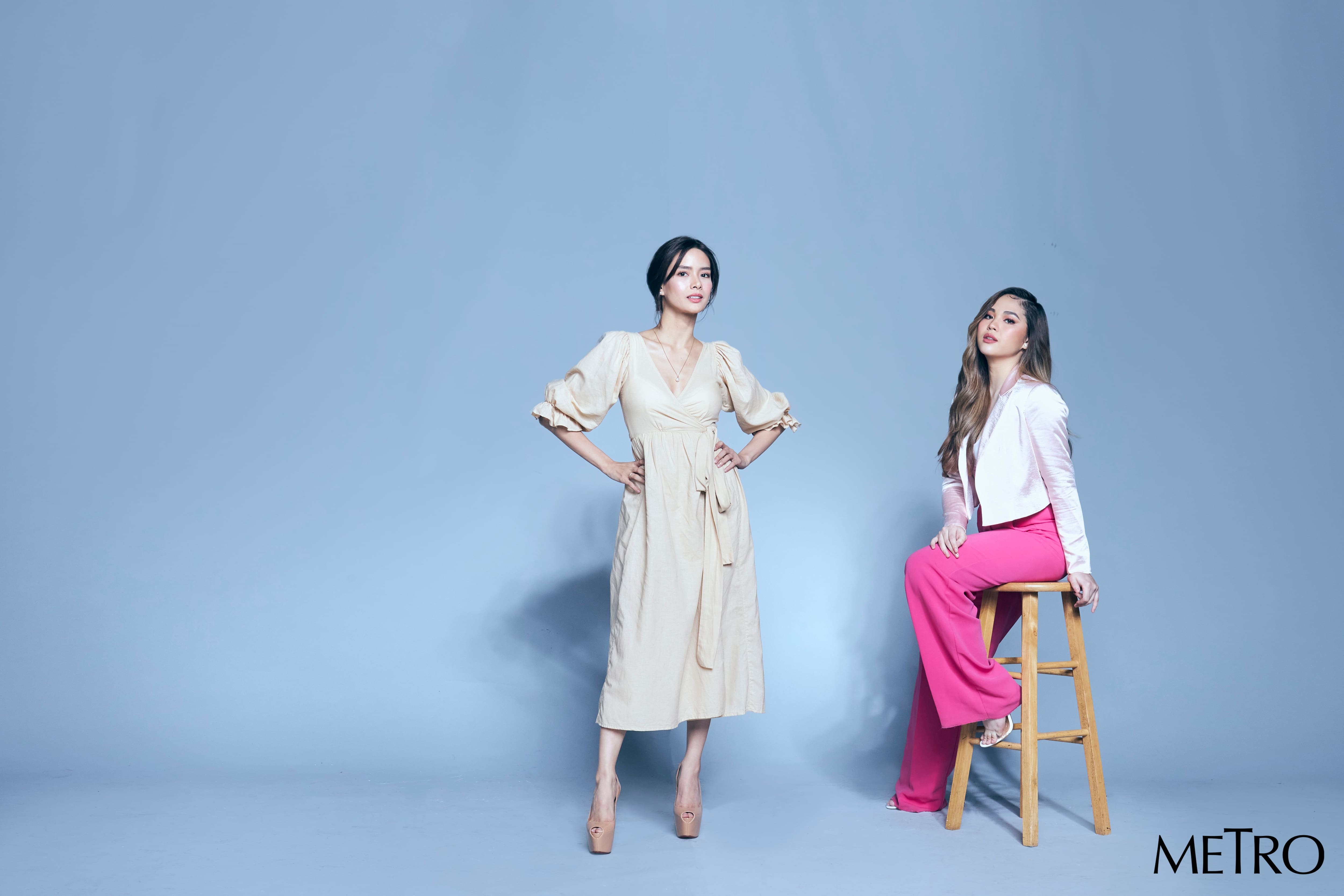 Erich talked about her fondest memories as a Kapamilya while taking this opportunity to thank everyone she got a chance to work with behind the scenes in all her years with ABS-CBN. She said, "Ever since na nag-start ako, nandoon 'yung mga gatherings and ABS-CBN events, and s'yempre nakikita mo rin 'yung mga kasamahan mo. Siguro for me, I’d like to take this chance na mag-thank you sa mga kasamahan natin na hindi nakikita, kumbaga sa likod ng camera. Sobrang nag-e-enjoy ako na every time na nakikita ko sila sa mga ganyang events at nakikisaya rin sila—'yun 'yung nilu-look forward ko rin." Janella also can't count the memories she's made with ABS-CBN, but she said that her all-time favorite is her first-ever TV show, "Be Careful With My Heart." "It’s because even if I was a newcomer and I didn’t really know what I was doing, they made me feel so warm, and it was just like a family to me. The show lasted for two and a half years, so I really bonded with the cast. It felt like a family." 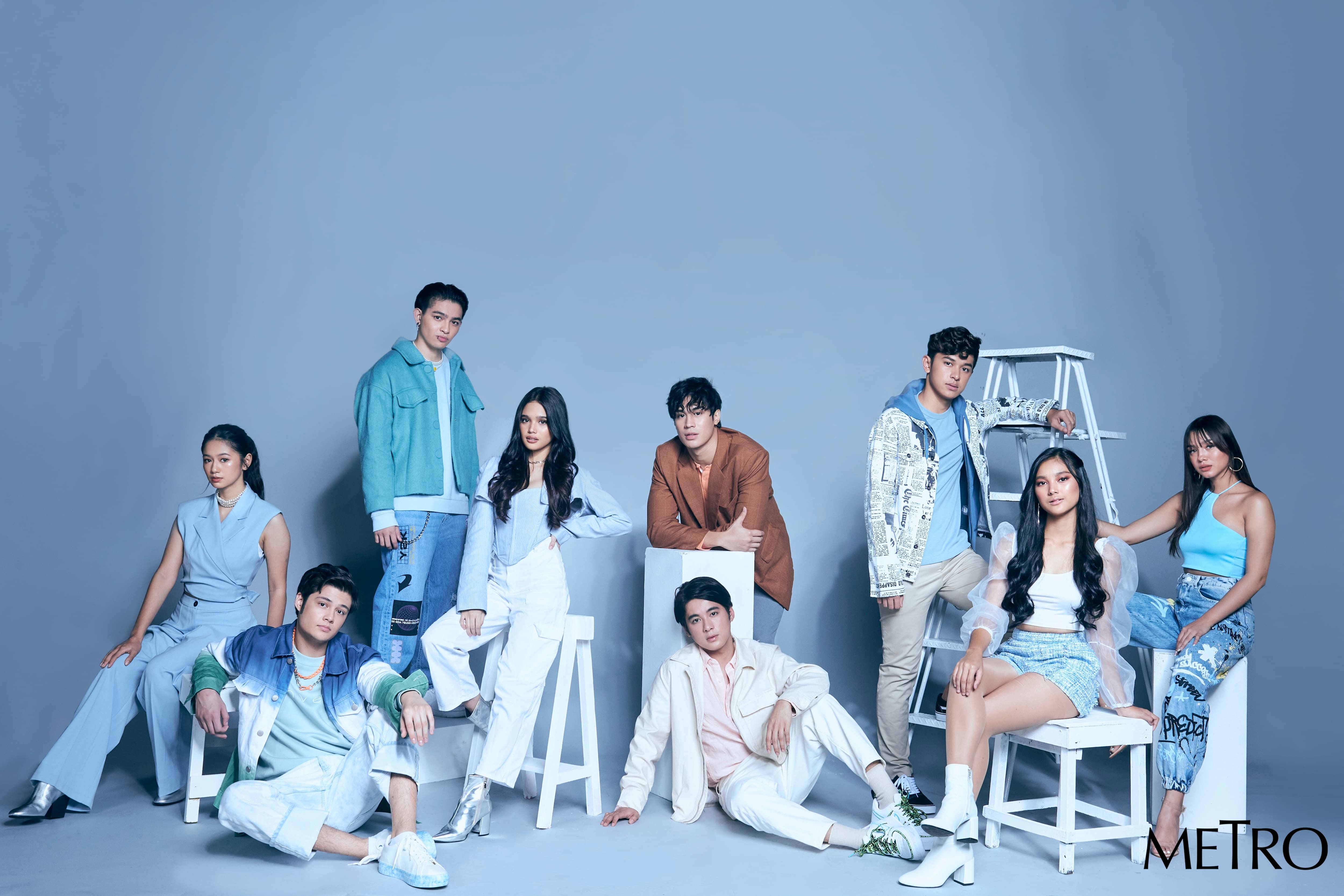 What are your fondest memories as a Kapamilya? Jake: "For me siguro, the biggest milestones in the 15 years that I’ve been here are the projects. I would say that "Tayong Dalawa" was one project that I’ll never forget." | Dimples: "I think it was the time when I went to Star Magic, and I had no idea of what I can do as a person. I felt like a fish out of the water, and yet I was embraced like one of them. So I guess that vote of confidence, coming from the people who hardly knew me but believed in what I can do, really made me feel like I was going to have the fondest memories in ABS-CBN." 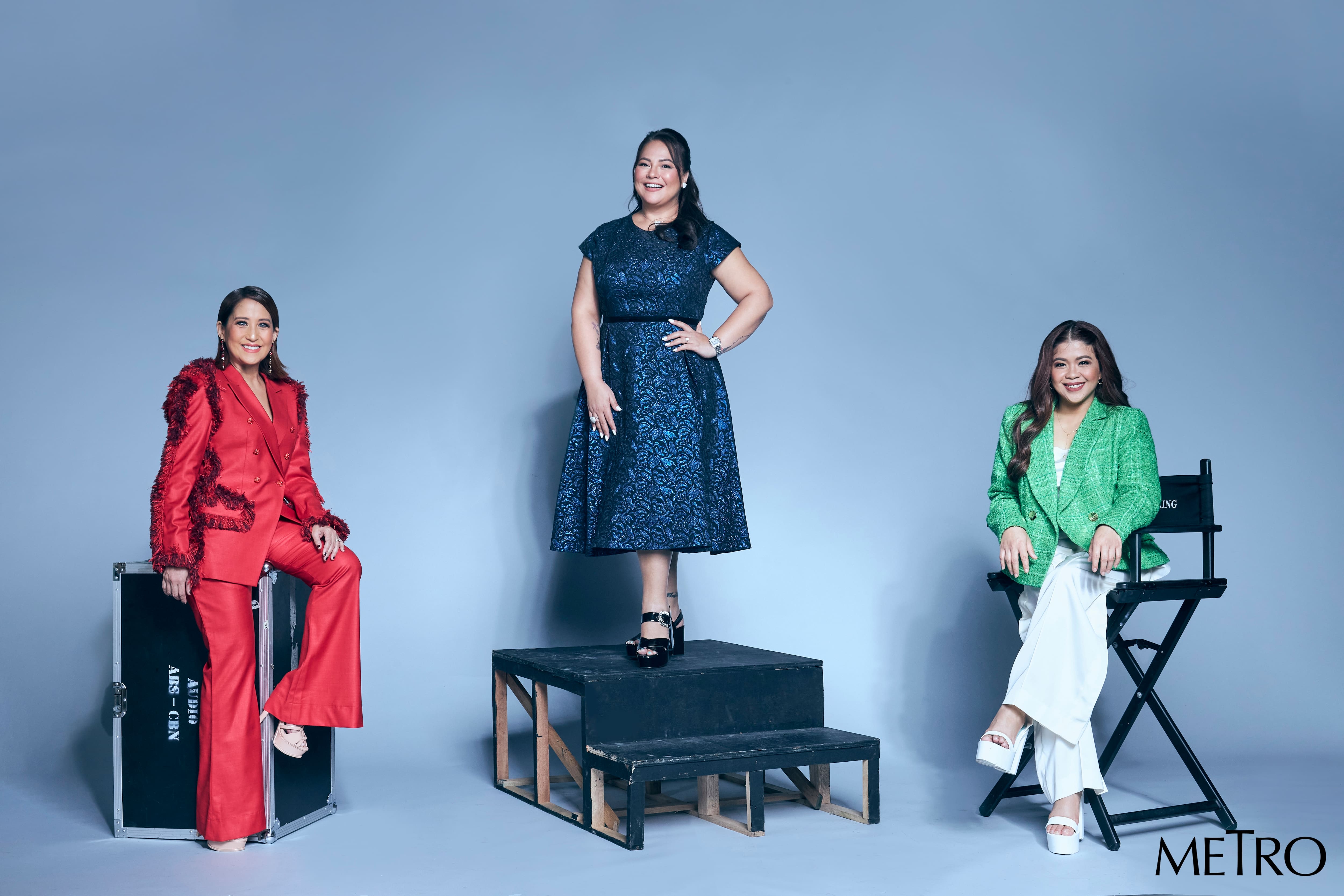 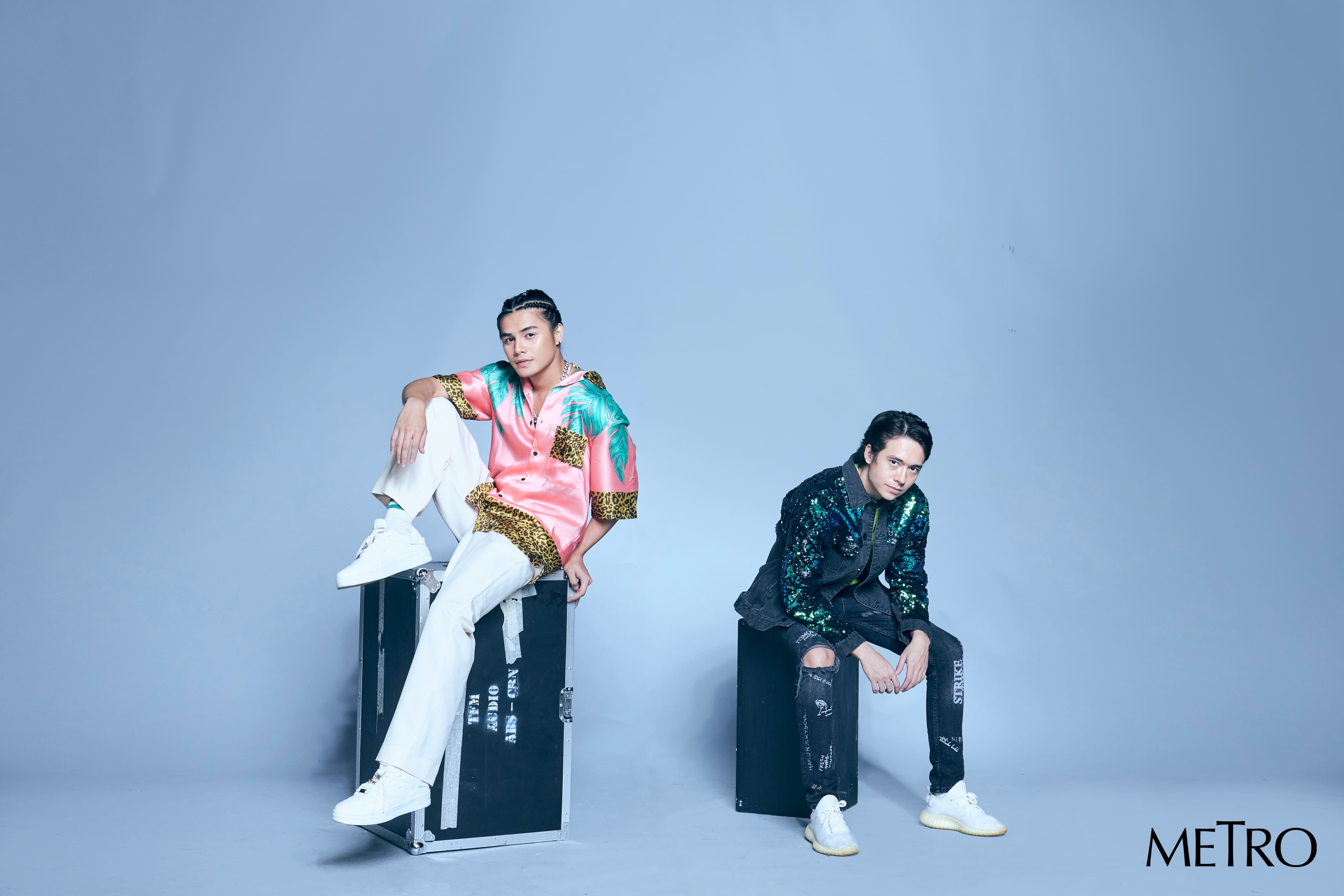 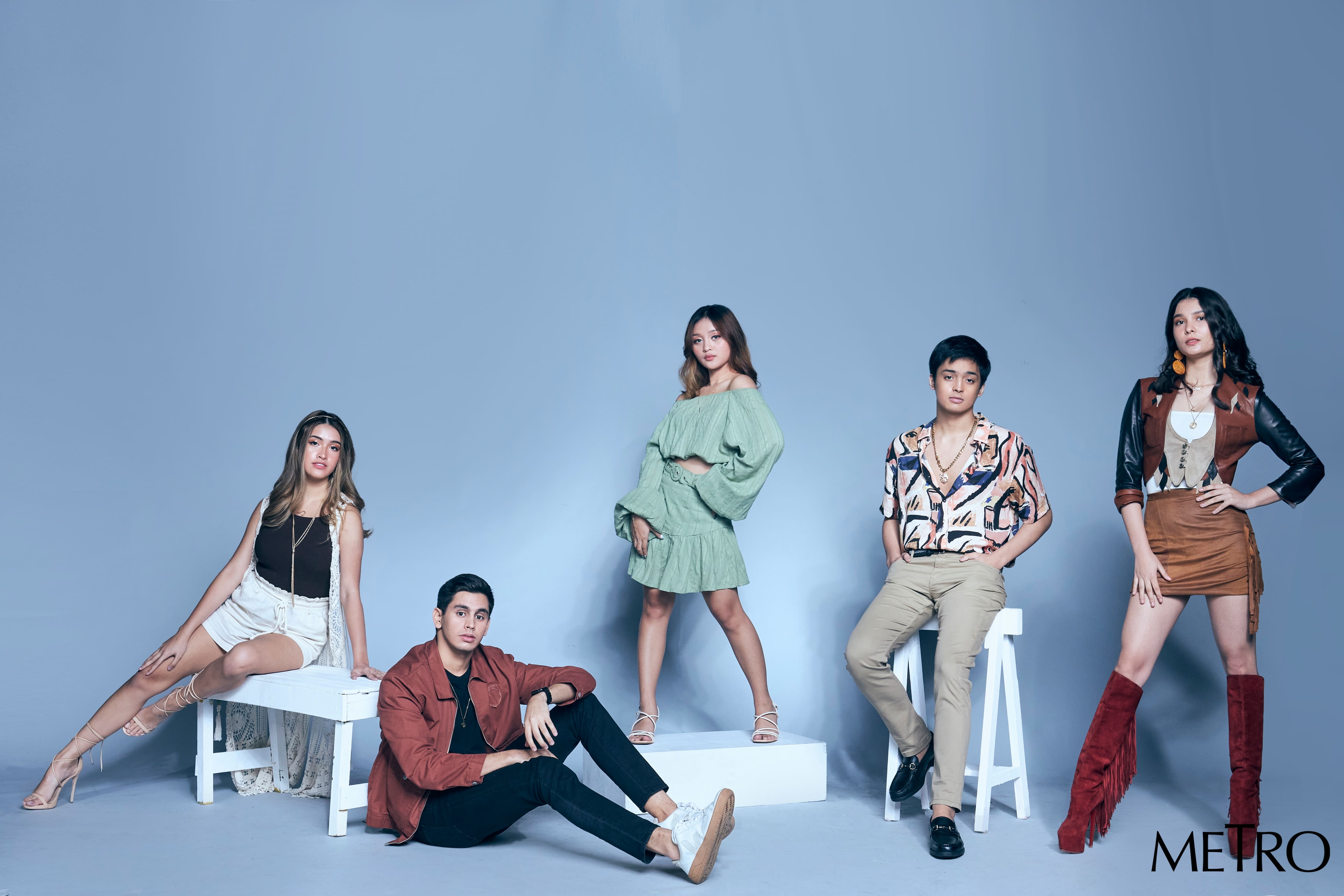 What does being a Kapamilya mean to you? Sam: "It means so much for me to be a part of the Kapamilya family, and knowing that my mom and my dad both experienced life in showbiz, I feel like I’m following in their footsteps and making them proud as well by doing what I love and showing my passion to many people as well." | Diego: "It’s such an honor to be welcomed into this family, thinking na we only started during the pandemic. We were really accepted and we never felt like we didn’t belong. I owe that to the people I work with here in the Kapamilya network, they’re all so welcoming and kind. I’m really so thankful." | Angela: "It’s a life-changer for me. 'Yun 'yung masasabi kong definition sa'kin ng pagiging part ng ABS-CBN. Ako, dating nangangarap lang, binigyan nila ng napakaraming pintuan and those doors are full of fun, happiness, and wala kang pagsisisihan." | KD: "It means that it’s a very big responsibility because there are many people watching us, so it’s up to us to give them the right message and the right entertainment, so we can help them cope with these trying times." | Anji: "Being a Kapamilya is such a connection to create and make people feel what you feel. Aside from my family that gives me the comforts of home, this is the second home that I have and I want to cherish it as long as I can because grabe 'yung opportunity na nabigay nito sa akin, and I just feel so grateful to be part of this family." What are your fondest memories as a Kapamilya? Sue: "The day I started as a Kapamilya. The day that I lined up in the audience entrance in 2010. I think that’s my favorite day because it’s a motivation for me. Looking back at that kid who was just so hopeful to be an artista, and now, almost 12 years later, I’m still here. So I do not regret that day, going to that audience entrance, lining up the whole day, that’s my favorite. I was 13." | Charlie: "Siguro nu'ng first time ko pumasok sa ABS-CBN for a go-see. First go-see ko was audition for a serye, 'yung Dreamscape pa 'yon, year 2017. Ibang-iba kasi 'yung feeling ko talaga 'pag pumapasok ng ABS-CBN kasi dream ko talaga na maging artista sa ABS-CBN. Siguro nu'ng first time ko nagka-project with Star Cinema rin. Iba rin 'yun kasi first time ko naranasan 'yung premiere night, kasama ko 'yung big stars and bosses. Du'n ko na-feel na part din ako ng Kapamilya." | Maris: "It would have to be the Star Magic balls. Kasi it’s our only moment to get all glammed up and hangout afterwards, kasi usually after ng event, uwi na eh. This one, we can hangout and catch up, so 'yun 'yung mga nights na nabubuo 'yung mga very, very fun memories. Favorite ball ko would have to be my first ball in 2014/2015—I can’t remember—but 'yun 'yung pinaka-surprising event for me, at the same time, overwhelming kasi starstruck din talaga ako. Kasi I wasn’t really exposed to everyone at that time. First time ko mag-gown with a glam team. Ang daming firsts nu'n."

ABS-CBN also released a video titled “Andito Kami Dahil Sa Inyo” as the network’s way of thanking its loyal viewers and fans while assuring them that the company would continue to give joy and hope through its programs.

BTS' Jin and Why He Deserves the Moon