Iza speaks to Metro.Style about the past year, her on-set dynamic with her co-stars, and the power of metaphors

At the end of 2019, she was promoting her Metro Manila Film Festival (MMFF) entry Culion, and by March of 2020, she had been named one of Metro’s Most Stylish Women, sharing the spotlight with nine other ladies. At around the same time, she was gearing up to shoot Ang Sa Iyo ay Akin, a show about two women, Ellice and Marissa, and the broken friendship between them.

And then tragedy struck.

In the midst of a pandemic, Iza tested positive for COVID-19, and was the 878th patient in the country.

In an exclusive interview with Metro.Style back in April, she said, “Being in the hospital and that whole COVID experience has made me realize what really matters in life. Relationships are number one: relationship with God, relationships with people around you... It’s such a humbling experience of really recognizing how people really need people, how we need each other in these times of darkness. How we need hope, how we need our faith—these are the things that matter most.”

Today, she continues to live life operating under that realization, letting go and trusting and surrendering completely to God, to the powers that be, to the universe, that she will be protected and safe.

Jacket from Mark Bumgarner and jewels from Oro China

This, especially, as she continues to work on Ang Sa Iyo ay Akin alongside her co-actors Jodi Sta. Maria, Maricel Soriano, and Sam Milby. What is customary in TV sets now is the “lock-in” period—a new development prompted by the need to remain safe and healthy amidst the pandemic. But Iza doesn’t like calling it that; instead, she calls it the “bubble.”

“I had to change that,” she says. “Metaphors matter. The minute you say ‘lock-in,’ it’s immediately… It makes you feel like a prisoner. It feels like you are not able to get out. So I changed it.”

She speaks about the pressures of being at the helm of a television show during a pandemic, and immense responsibility to not get sick, especially these days.

“Even if it’s not COVID, I can still get the regular flu and that could cause the shoot to be packed up. That’s a lot of pressure on your shoulders as a lead actor. You’re irreplaceable, because you’re on camera. There’s really that added layer,” she tells Metro.Style.

Her battle with COVID has truly made her realize just how important health is—how fully she subscribes to the saying that health is wealth. “It really makes you appreciate health and nature. We knew they were important,” she says, “but they took a backseat compared to our dreams, our jobs.”

Thankfully, her co-actors are a treat to work with. “Mahilig kaming maglokohan [We like goofing around],” she says of her dynamic with Sam. “We click. And I would like to say that the Diamond Star and I also get along,” she adds, smiling.

You’re not given as many takes as you were given before. You have to bring your best. You also have to be kind and compassionate towards yourself. Should things not work the way you planned for it, you have to let go... We give a lot of time just to mount the best scene we can give the audience. But now it’s like, time, time, time. We try to give you the best that we can with the limited time that we have 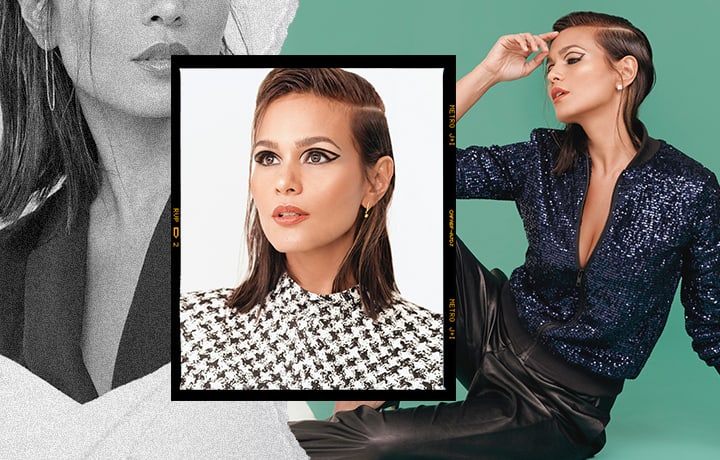 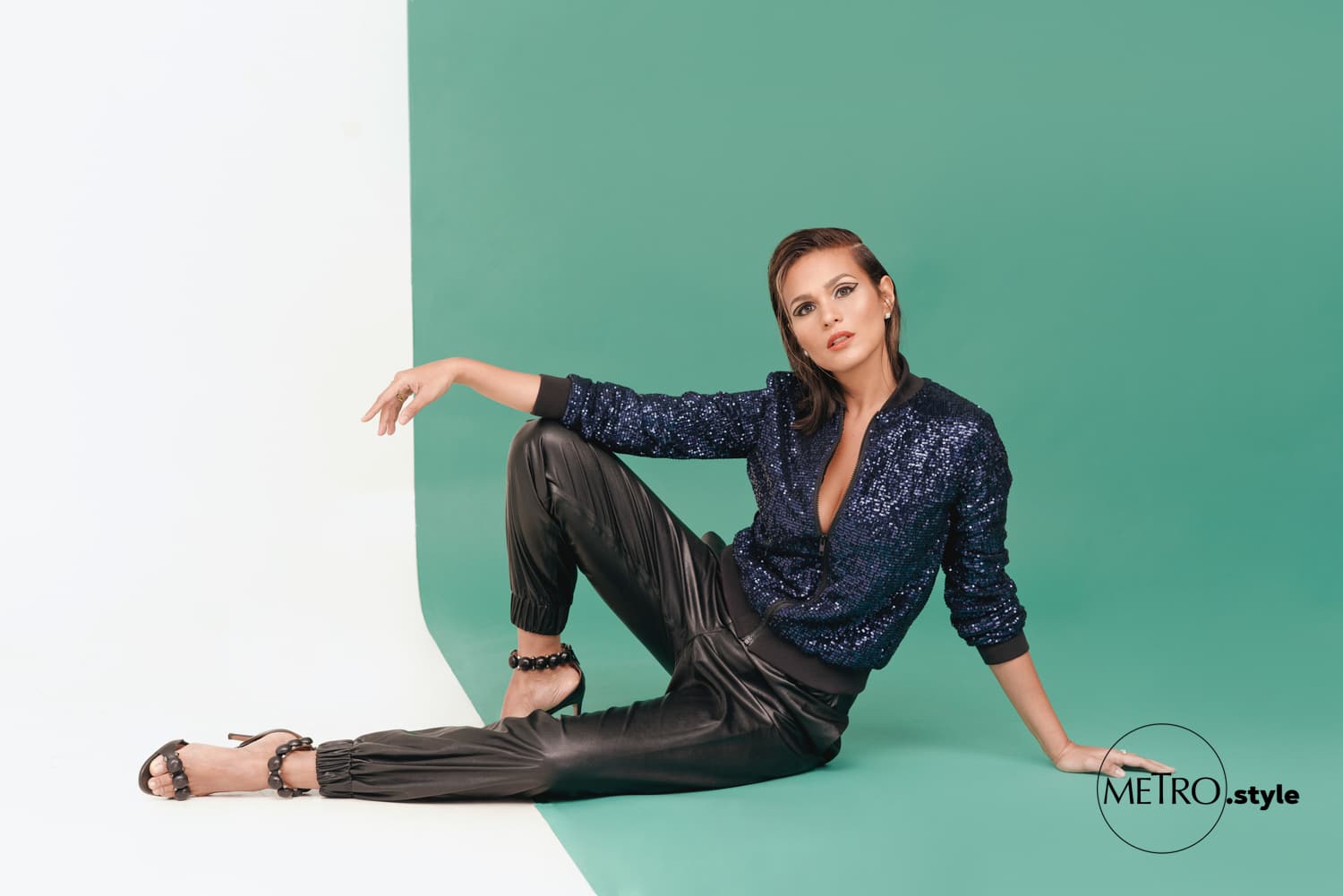 Jacket from Mark Bumgarner, pants from MSGM at Cul de Sac, and jewels from Oro China 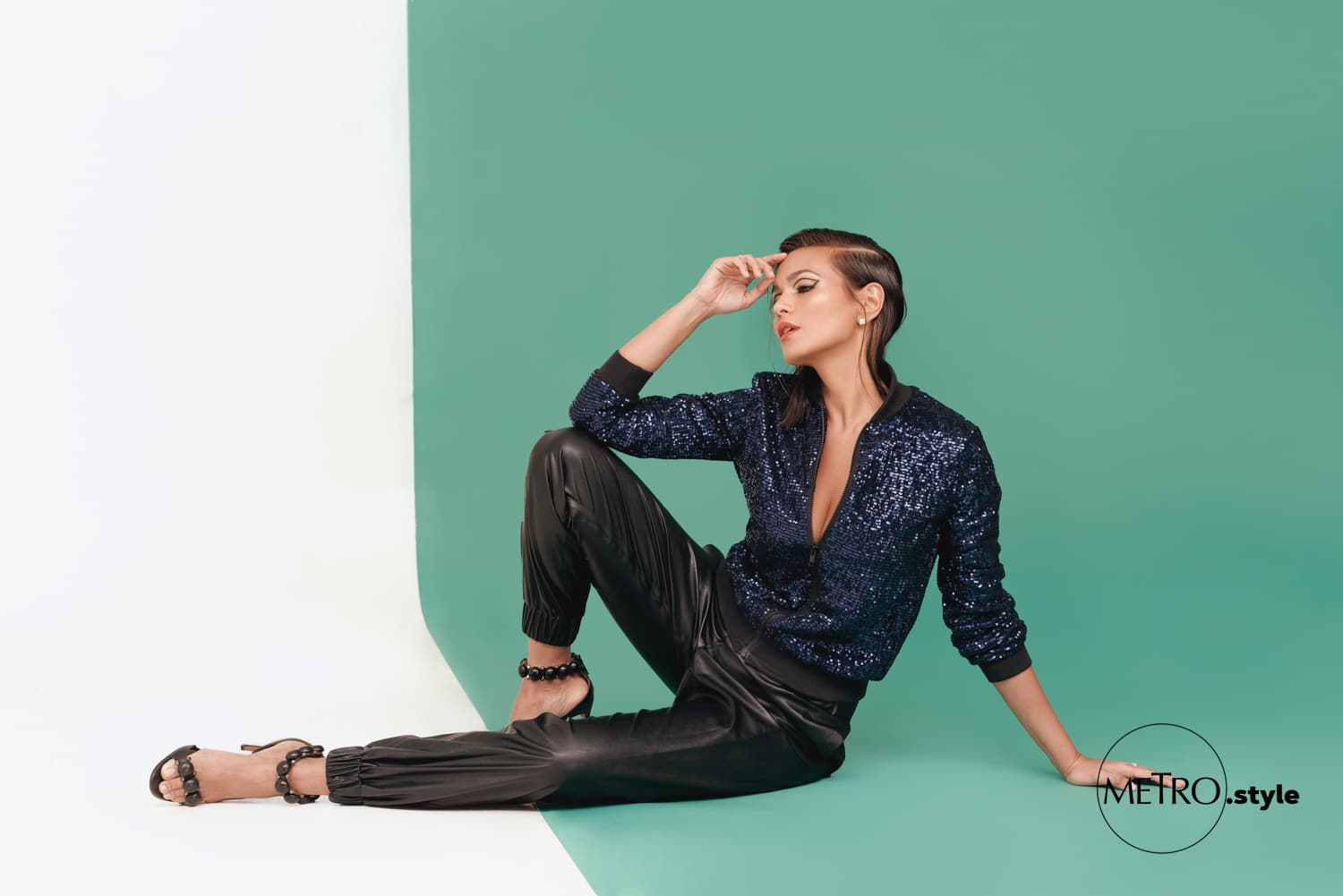 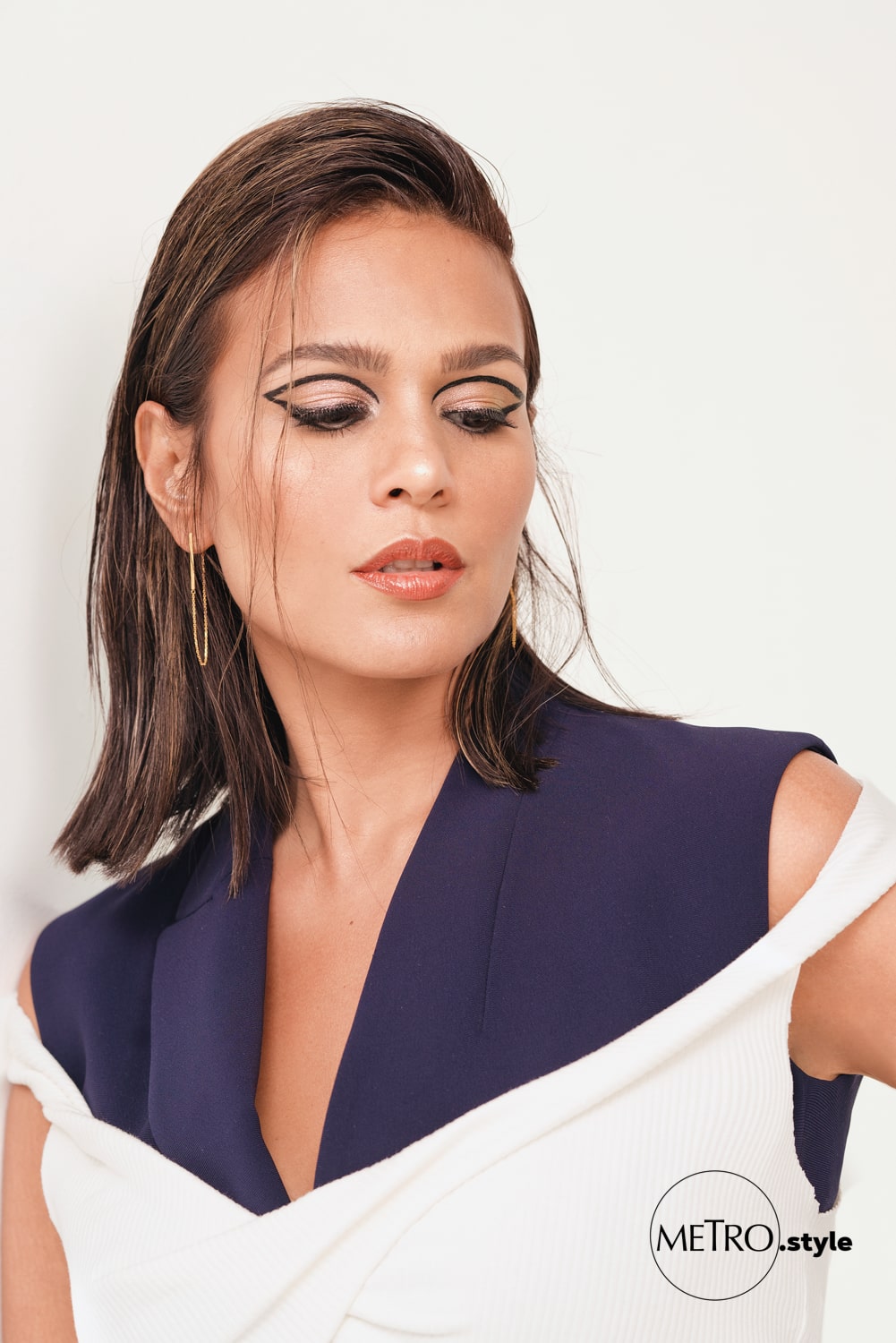 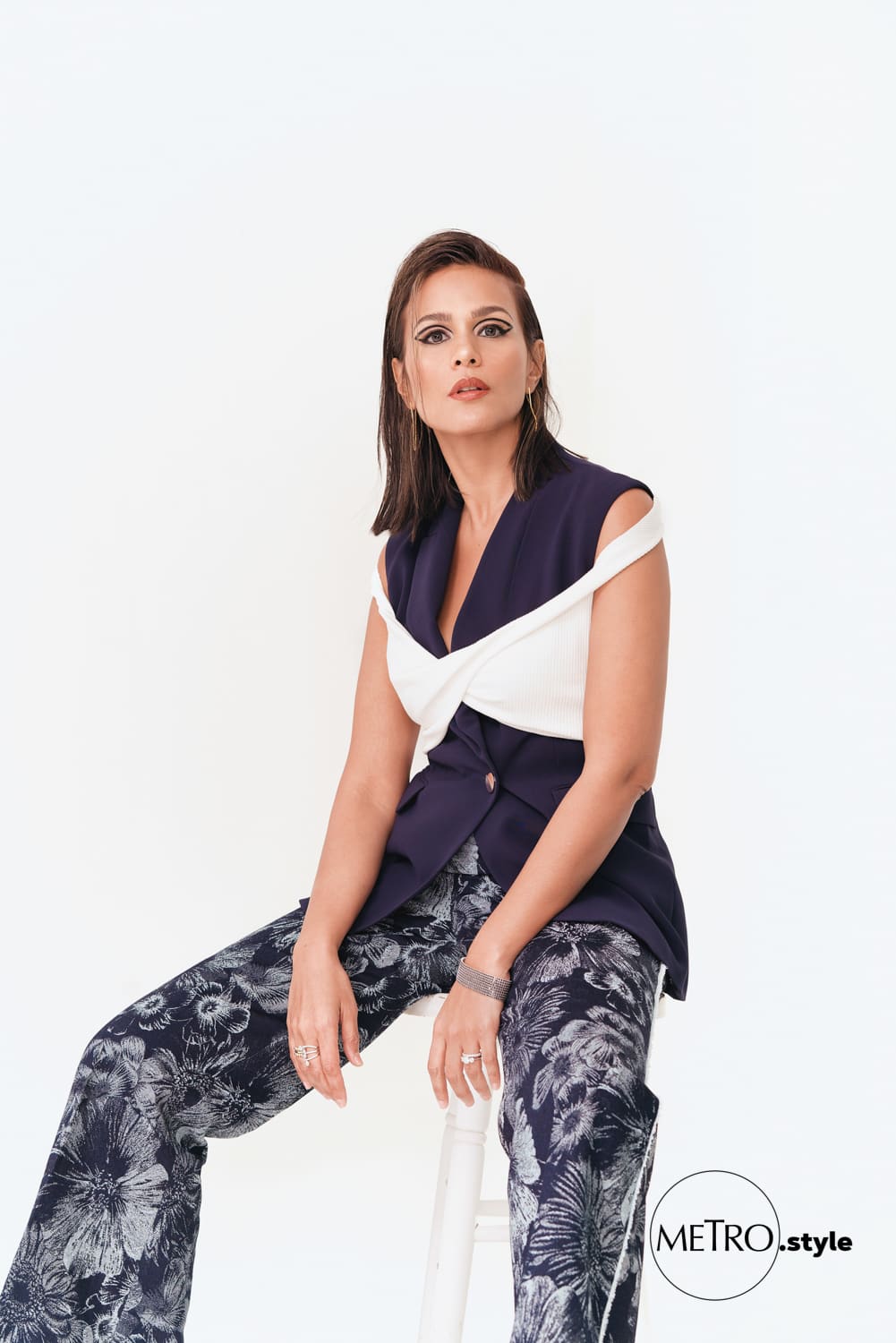 Dress from CH Carolina Herrera and jewels from Oro China 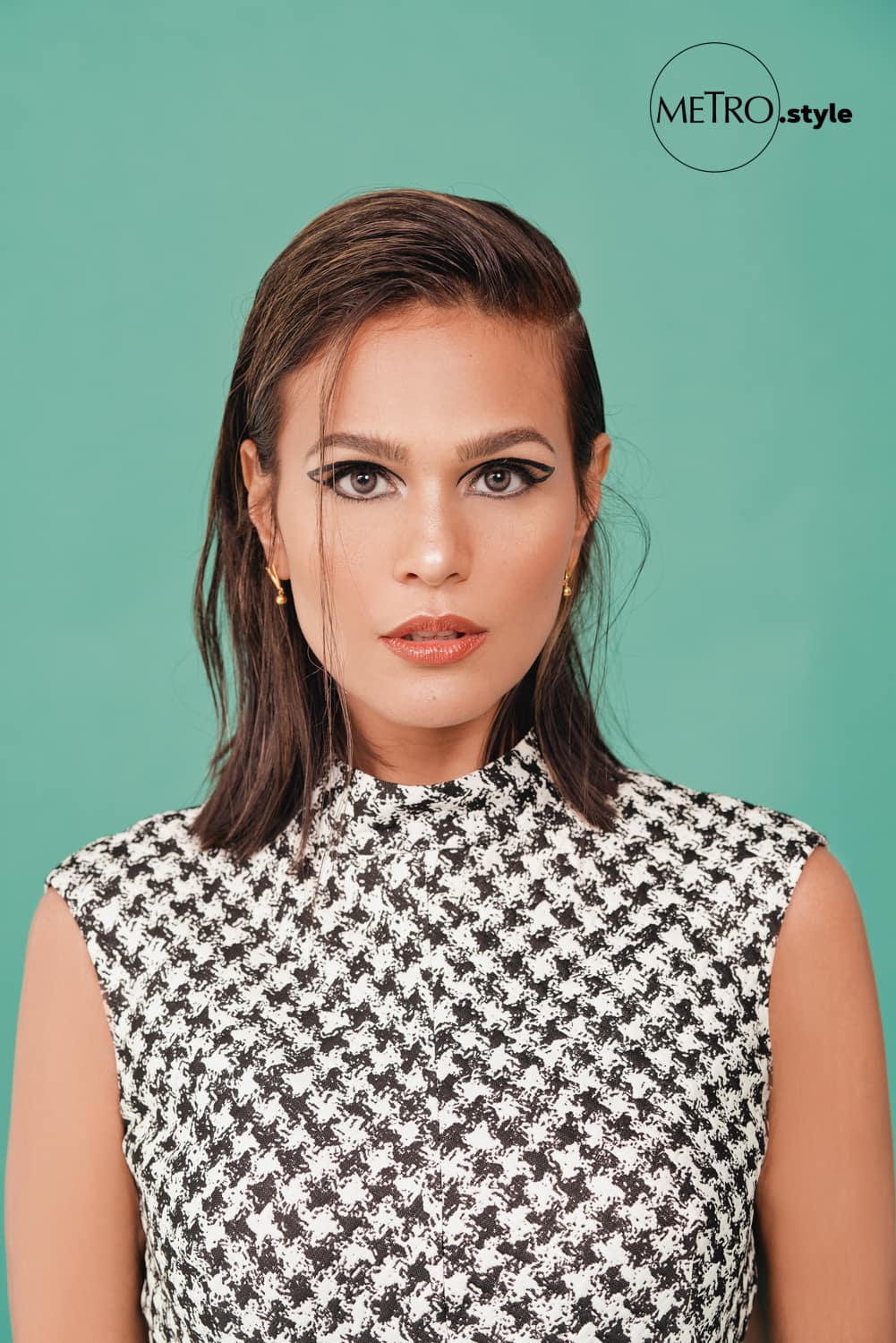 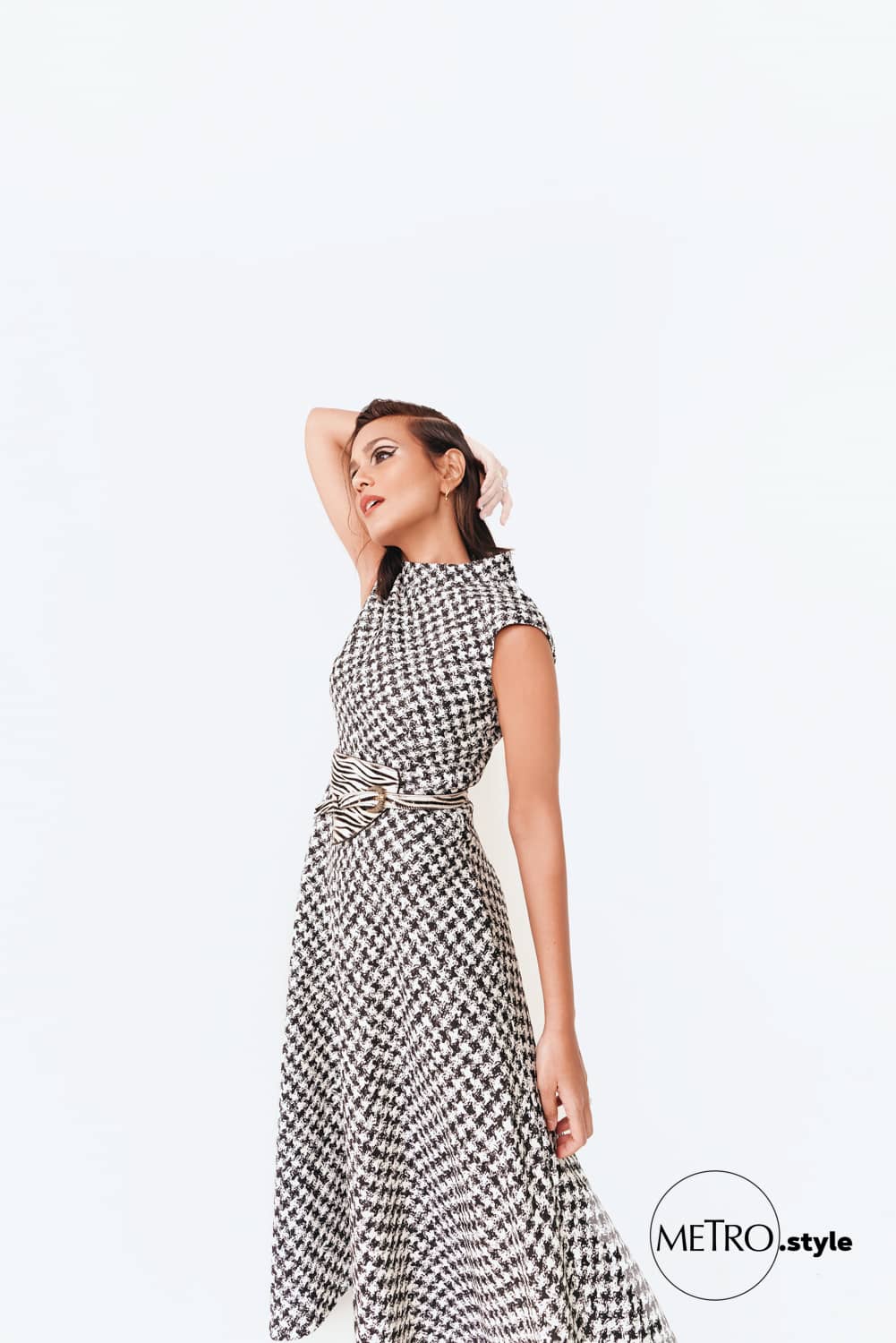 Iza Calzado: 5 Things That Make Me Happy And Keep Me Inspired These Days

Sure enough, her dynamic with Jodi at the shoot is light, easygoing, and relaxed—the exact opposite of the characters they portray on the show. They laugh and they finish each other’s sentences, and they even share that during taping, they were so affected by Ellice and Marissa’s ruined friendship that they were close to tears during the rehearsals.  But Iza loves her character, Ellice, nonetheless.

“Part ’yan ng trabaho namin. Kailangan namin mahalin ’yung character namin. [It's a part of our job. We need to love our character]. If we resist, then it will not flow. We really have to find several things about our character that we empathize with, resonate with. Sa akin [For me], a big part of it was really—and it hits close to home—how much she valued what her father put up. My father didn’t have a business like this but he was in the business and I feel like I’m continuing his legacy,” Iza says.

Vest and pants both from CH Carolina Herrera, and jewels from Oro China

EXCLUSIVE! Iza Calzado: "I Was COVID-19 Patient 878, And Here's My Story Of Survival"

So, yes: Iza had quite a year, and through it all she’s been led to realizations left and right. But the highlight of it all, and perhaps the most important, is really just keeping what matters most to her close to her heart. “Health, loved ones, causes that I’m passionate about, like She Talks Asia and AKTOR,” she says. “Setting boundaries was a big lesson for me in 2020, but sabi ko nga [as I’ve said], growth, growth, growth. Always. Always expanding, always transforming. The learning never stops, not just as an actor, but as a human being.”

“And yes, at some point, you make a mistake, there will be challenges. But with that comes a lot of lessons and victories and triumphs as well. So in as much as we plan for the future, we have to take it one day at a time. Stay present. Being grateful for where I’m at, what I have, who I have in my life and everything else is just icing on the cake. I’ve gotten this far. I’ve lived 38 years. Thank you, Lord. Thank you. And then He has given me more time. I’m very grateful.”

It was a tough year—for all of us, including Iza.

She has faith, and gratitude, and a new lease on life.

And sometimes, that’s all we need.

Look! Kathryn Bernardo Gave Her YouTube Subscribers A Tour Of Her Elegant Studio