"It's always that just being a mother, you want your child to be safe. And so protection is where I am the most," Angelina Jolie shared as she strutted down the red carpet for Maleficent's UK premier.

Dressed in a layered chiffon and tulle hand pleated gown with a gold caged bodice by Ralph & Russo, she looked every inch a fairy godmother at the glamorous event, and certainly not like the evil Queen her onscreen character has made her out to be.

As Angelina prepares to reap the fruit of what's sure to be another smashing box office success, she delves deeper into the inspiration behind her character's motivations, as well as her mother-daughter relationship with Elle Fanning who plays the role of her step daughter, Aurora. 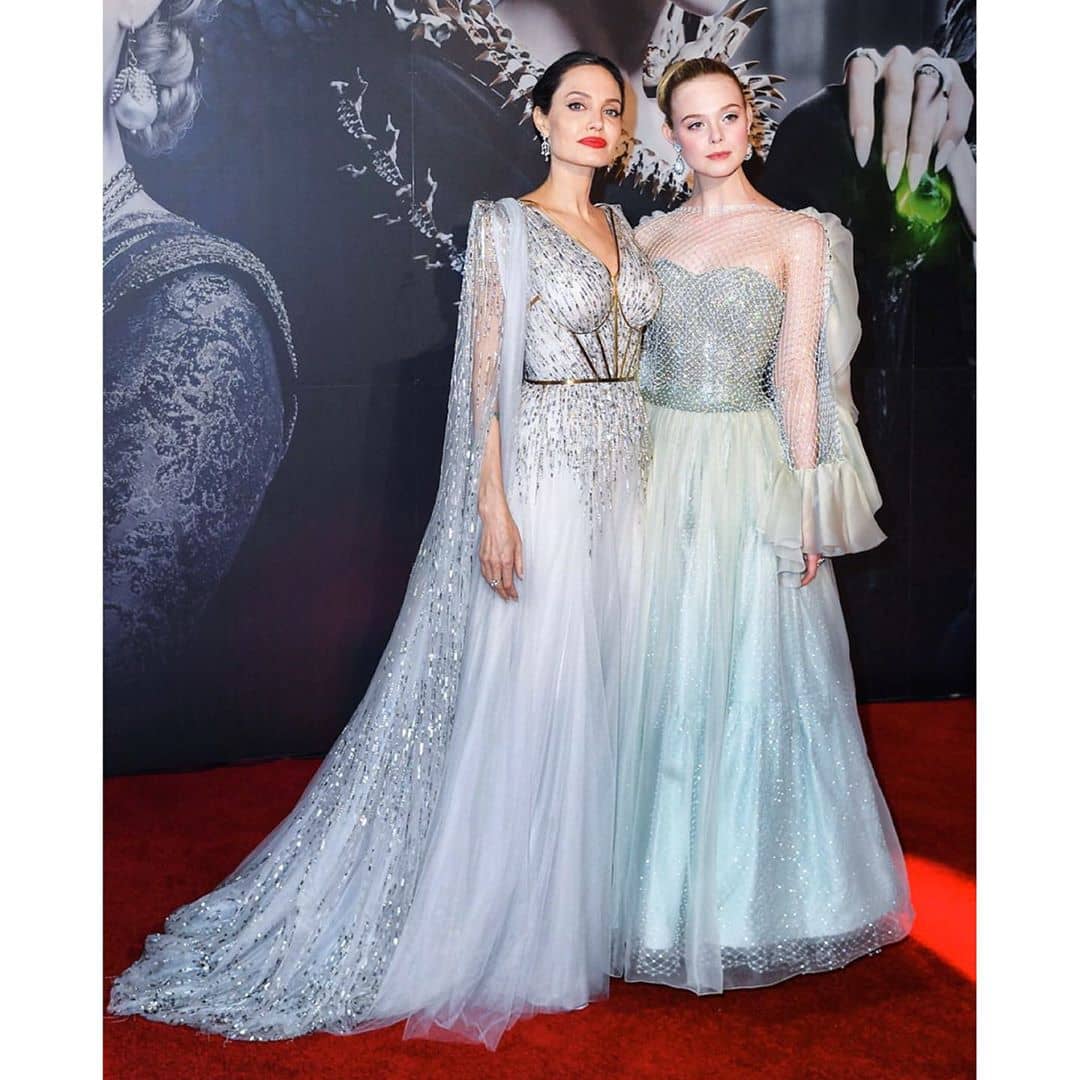 Maleficent: Mistress of Evil comes as the follow-up to 2014's Maleficent, a film that tackles the other side of the story of the classic fairy tale Sleeping Beauty.

Rather than draw attention to Aurora's journey, both films shine the spotlight on Maleficent's experience of motherhood, a story that Angelina explains was inspired by her own daughters Shiloh, Zahara, and Vivienne.

The seasoned actress explained that just as her character was willing to put her life on the line to protect Aurora, she too has a real-life "willingness to fight" for her kids if it meant guaranteeing their safety. It was simply just who she was a mom, she continued, and it was a quality of hers she made sure would translate on film.

Despite saying that Elle was very "different" from her own daughters, Angelina said that the "willingness to fight for whatever they need to be protected" was still very much a driving force in their onscreen dynamic.

For Angelina's biggest fans, the fact she draws inspiration from her own family will not surprise them. It's known that this single mom of six has always placed family in the center of her life, and that her role as UN Special Envoy that often brings her to refugee camps around the world has made the protection of mothers and children a cause close to her heart.

More so, she's known for bringing her kids as her companions to red carpet events, awarding ceremonies, black tie gala nights, and United Nations conferences as proof of her deep bond with her children.

After sharing her thoughts on how her own experience of motherhood had inspired her role as Maleficent, Angelina was spotted at London's Mandarin Oriental Hotel where she posed alongside Elle for photos.

The pair was stylishly dressed—Angelina in a lacey Alexander McQueen number, and Elle in a bold, all-red custom ensemble by Gucci—and all smiles for the camera as they geared up for the worldwide release of their film.

Watch Angelina talk about how her love for her kids inspired her portrayal of one of Disney's most famous villains below.

Maleficent: Mistress of Evil is scheduled to open in theaters on October 18.