Who do you think will win as Best Actress for film and TV at this year's edition of Baeksang Arts Awards?

Established in 1965 by Chang Key-young (the founder of the Hankook Ilbo newspaper, whose pen name was "Baeksang"), this award-giving body recognizes excellence in film, television and theater in South Korea. Annually presented and organized by Ilgan Sports and JTBC Plus, it’s one of the most prestigious entertainment awards in South Korea.

The lineups of nominees for Best Actor and Actress are always much-awaited. And for the 58th Baeksang Arts Awards, the competition is evidently tough in these categories. The candidates were handpicked from dramas, shows, and films that were aired or released between April 12, 2021 to March 31, 2022. 60 entertainment industry experts, which is 20 more than last year, were in charge of the selection process.

Check out the gallery below to see all the actresses that were recognized with Best Actress nominations (both TV and Film) at the 58th Baeksang Arts Awards: 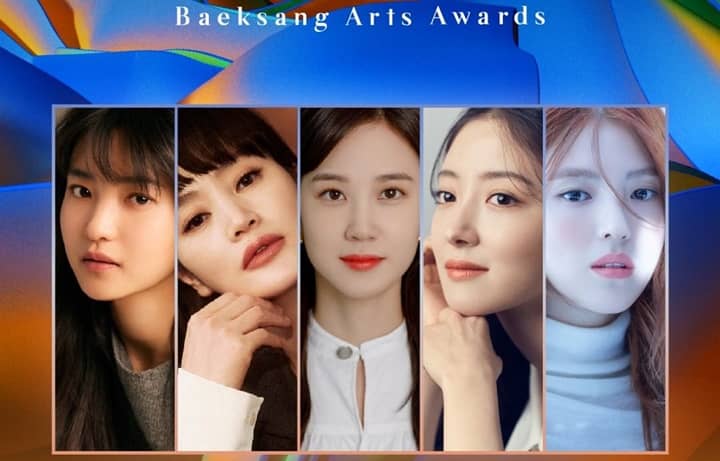 In this nostalgic romance and coming-of-age series, Kim Tae-ri stars as Na Hee-do, a fencing prodigy who goes through the ups and downs of being an athlete and experiences falling in love for the first time. Though already in her 30s, this actress was able to efficiently portray the character of a high schooler. An award-winning actress, she was nominated as Best New Actress for the film “The Handmaiden,” Best Actress for the film “Little Forest,” and Best Actress for the series “Mr. Sunshine” before. Could she get her first Baeksang Best Actress award this year? 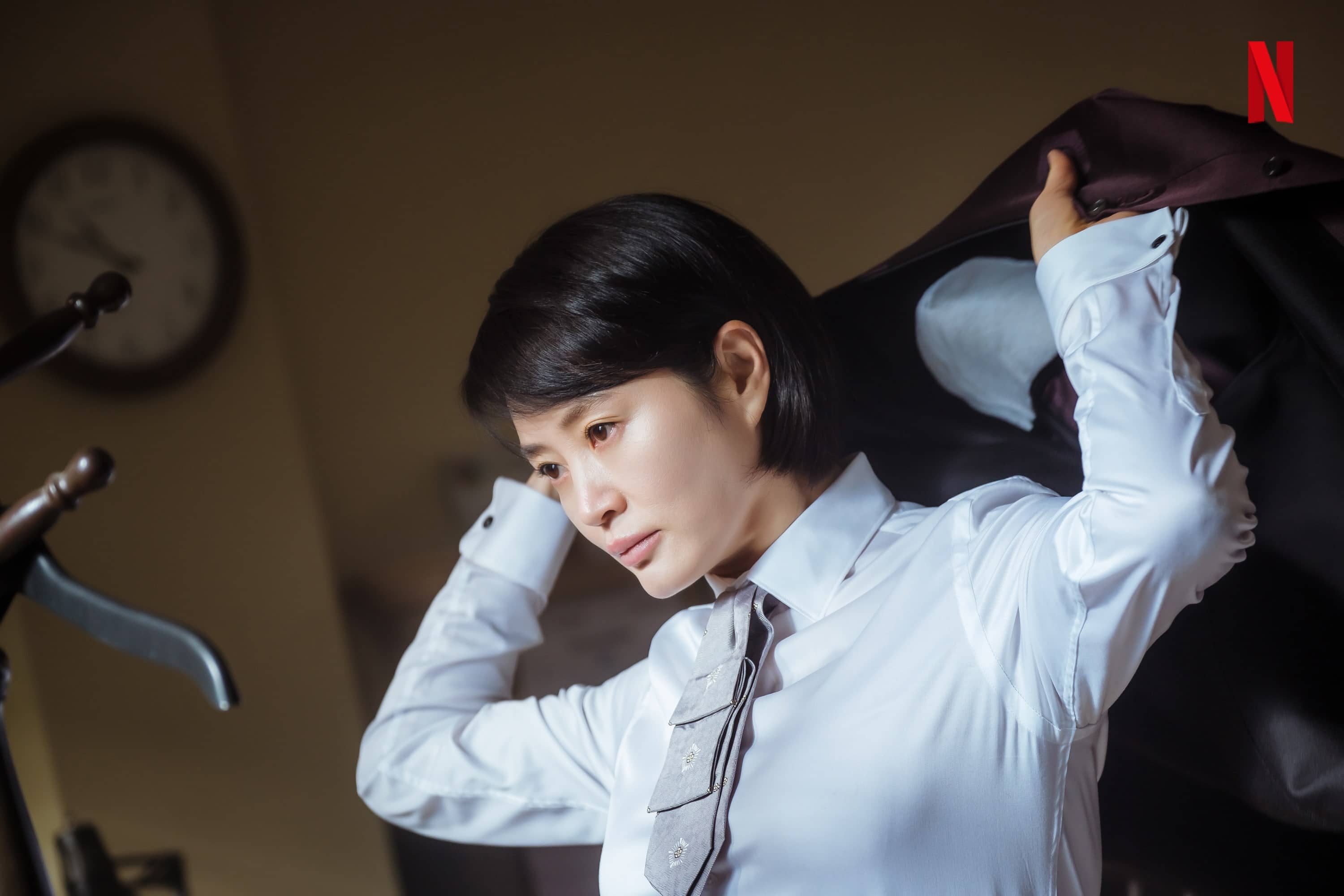 Seasoned actress Kim Hye-soo is back in Baeksang Arts Awards with another Best Actress (TV) nomination for legal drama “Juvenile Justice.” Here, her character is Shim Eun-seok, a cold and stern judge of the Juvenile Court who dislikes juvenile offenders due to a heartbreaking past. In 2020, the 51-year-old actress was also nominated in the same category for her role as a lawless lawyer in another legal series, “Hyena.” She currently has seven Baeksang awards for film and TV under her belt. In the buzzworthy historical rom-com “The King’s Affection,” Park Eun-bin impressed with her duality. The 29-year-old child star-turned-leading lady portrayed the role of a court maid (Dam-yi) who’s been forced to disguise as her twin brother, Crown Prince Lee Hwi. They were separated as soon as they were born, because there was a plan to kill her when she was a baby since twins were considered an ominous sign during the Joseon Dynasty. Park Eun-bin is known for K-dramas “Hot Stove League” (for which she won Best Actress at the Grimae Awards) and “Do You Like Brahms?” (for which she received the Top Excellence Award - Actress in a Miniseries Fantasy/Romance Drama at the SBS Drama Awards). For her role in “The King’s Affection,” she won the Top Excellence Award - Actress and Best Couple Award (with Rowoon) at the KBS Drama Awards. But this is the first time she earned a nomination at the Baeksang Arts Awards. In historical drama “The Red Sleeve,” Lee Se-young breathed life into the character of Seong Deok-im, a court lady who refuses to live a life as one of the King’s (Lee Junho as King Jeongjo) women. Based on the novel of the same name, the series narrates the royal court romance between the two, which eventually leads to Seong Deok-im becoming known as Royal Noble Consort Uibin Seong, the King’s beloved concubine and mother of Crown Prince Munhyo. This 29-year-old actress started out as a child star, and is now an award-winning actress who was recognized for K-dramas “The Gentlemen of Wolgyesu Tailor Shop” (for which she won the Best New Actress - Television award at the Baeksang Arts Awards in 2017), “The Crowned Clown,” and “Doctor John.” At Baeksang, she was also nominated as Best New Actress for the film “Lovely Rivals” in 2005. For “The Red Sleeve,” she won the Top Excellence Award - Actress in a Miniseries and Best Couple Award (with Lee Junho) at the MBC Drama Awards. 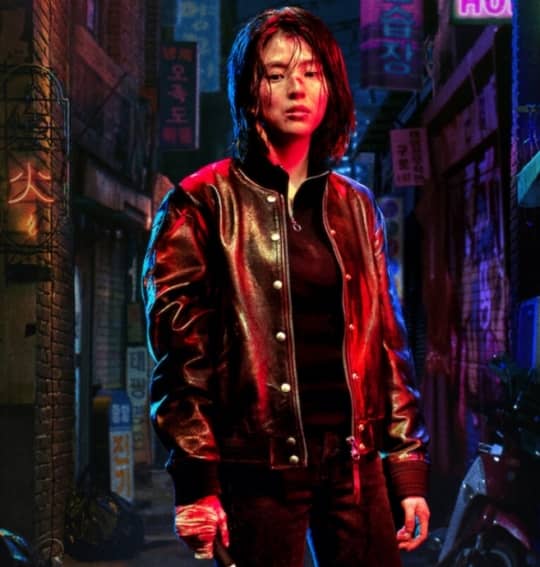 Undeniably one of the most sought-after Korean actresses today, Han So-hee has come a long way from her role as a mistress in top-rated series “The World of the Married,” for which she was nominated as Best New Actress (TV) at the Baeksang Arts Awards. And to think that it was just in 2020 when she landed that breakthrough role, her achievements the following year are pretty impressive. She landed her first leading role in the romance series “Nevertheless.” It was followed by the Netflix action series “My Name,” which has given her this Best Actress (TV) nomination at the 58th Baeksang Arts Awards. In “My Name,” she plays the role of Yoon Ji-woo / Oh Hye-jin, a gang member who infiltrates the police force to avenge her father’s death. 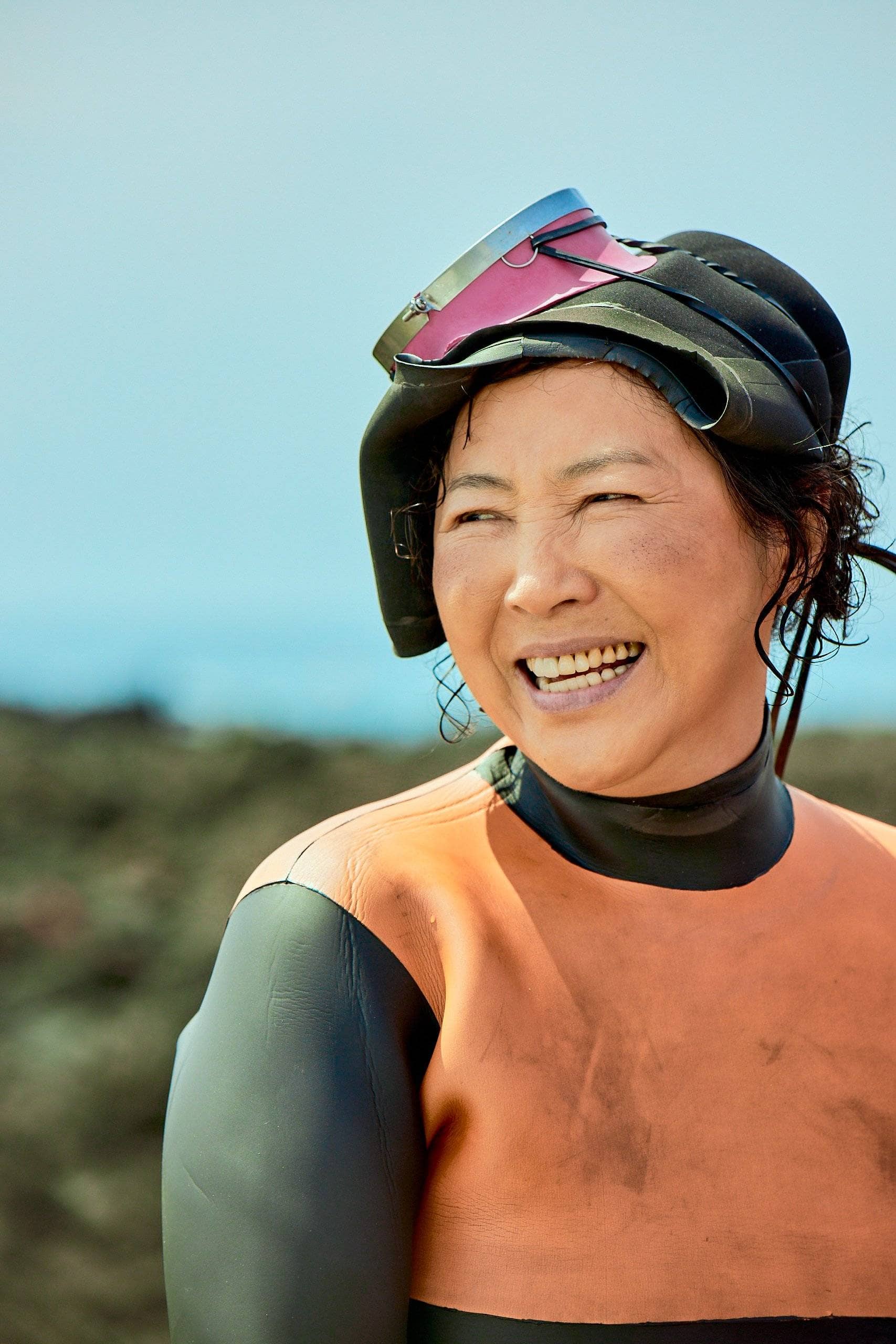 The 70-year-old actress is nominated as Best Actress for the movie “Everglow,” wherein she plays the role of Jin-ok, a diver in Jeju Island. Because the character holds the world record for holding her breath the longest in the sea, a producer approaches her and offers to do a documentary about her. GO Doo-shim has seven awards from Baeksang so far, including a Grand Prize (Daesang) for Television and Best Actress (TV) award for “My Husband's Woman” back in 1993. 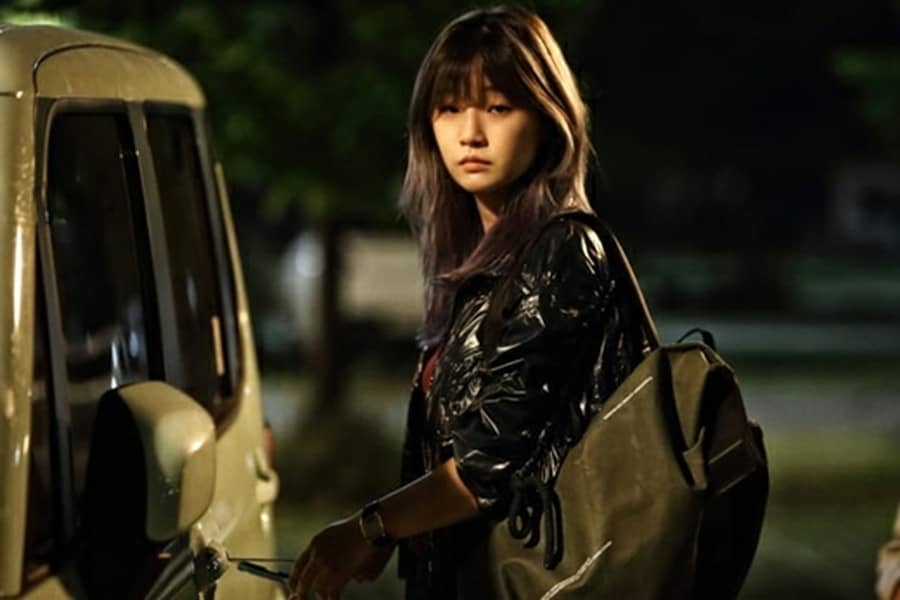 Crime action film “Special Cargo” stars Park So-dam as Eun-ha, a delivery driver who gets involved in an unexpected incident. This is the first Best Actress nomination for this 30-year-old actress, who started out in the industry in 2013. She’s known for the globally renowned and critically acclaimed Bong Joon-ho film “Parasite,” for which she was nominated as Best Supporting Actress at the 2020 Baeksang Arts Awards. Her other recognitions at Baeksang include a Best New Actress (TV) nomination for “My First Time” and the Best New Actress (Film) award for “The Priests.” 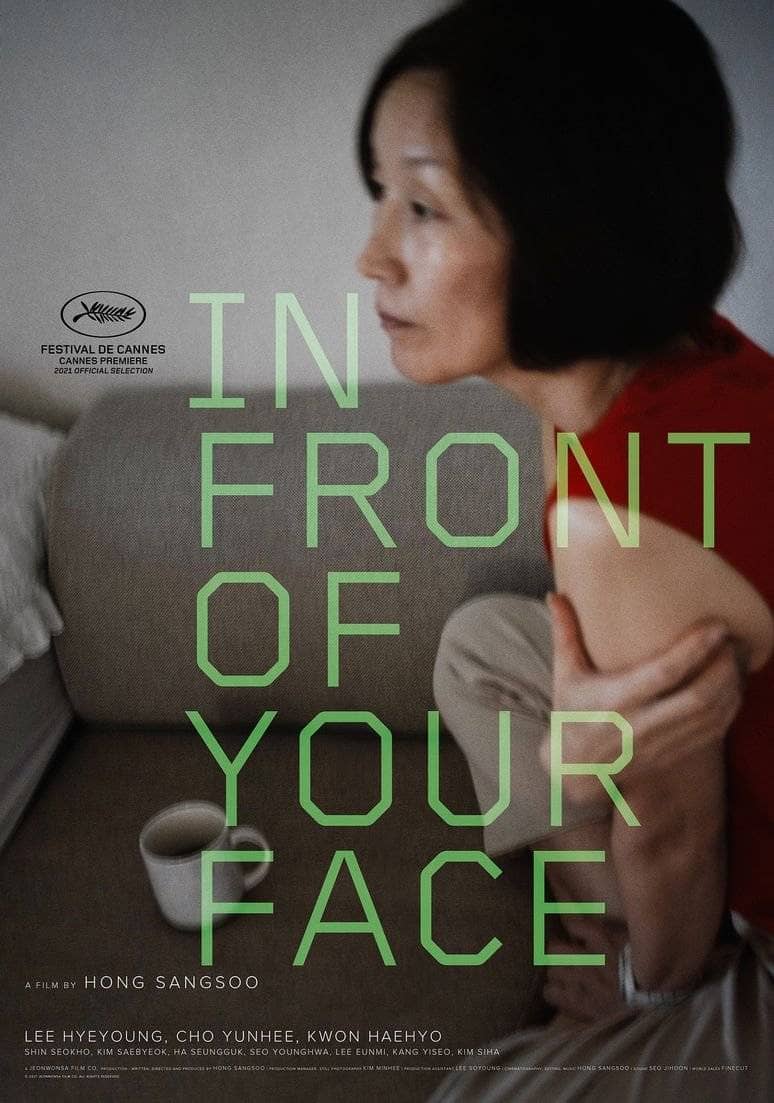 In the critically-acclaimed drama film “In Front of Your Face,” Lee Hye-young portrays the character of a former actress named Sangok, who returns to Seoul to live with her sister in a high-rise apartment. A plot twist in the film unfolds as Sangok meets a film director to talk about her comeback as an actress. Lee Hye-young, 59, currently has four Baeksang awards, including a Best Actress in Theater award for “House” back in 1995. 31-year-old K-pop idol/actress Im Yoon-ah stars as Song Ra-hee in the romantic drama film “Miracle: Letters to the President.” Her character is the girlfriend of Jung Joon-kyeong (Park Jeong-min) whose family dreams of setting up a train station in their village. To make it happen, he wrote dozens of letters to the South Korean president. Her nomination for this year’s edition of Baeksang marks the first time she has received a Best Actress nomination from the said award-giving body. At Baeksang Arts Awards, Im Yoon-ah previously won Best New Actress (TV) for “You Are My Destiny;” Most Popular Actress (TV) for “You Are My Destiny” and “Cinderella Man;” and Most Popular Actress (Film) for “Confidential Assignment.” 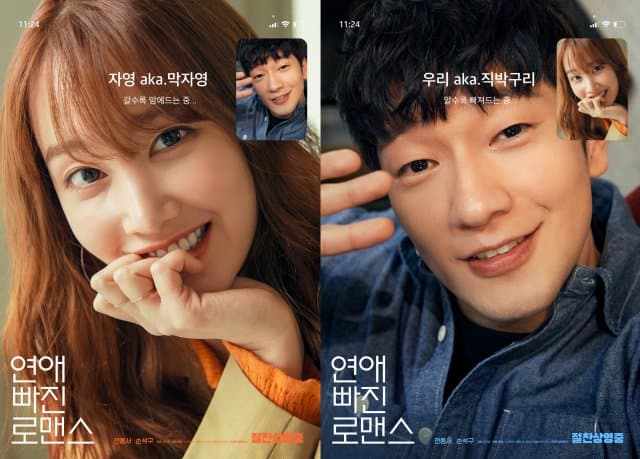 Jeon Jong-seo, 27, stars in romantic film “Romance Without Love” as Ja-young who hates dating but at the same time feels lonely. She meets a man (Son Seok-koo as Woo-ri), who feels the same about dating, through an app. Last year, she won Best Actress at Baeksang Arts Awards for the film “The Call.” In 2019, she was also nominated as Best New Actress for the film “Burning.”

Who do you think will win Best Actress for TV and Film at the 58th Baeksang Arts Awards?

IN PHOTOS: Our Favorite Romantic Scenes From "Crash Landing On You"

C-Drama Actresses In Their Most Beautiful Makeup And Beauty Endorsements