"When people listen to my music or come to my shows, I just want them to feel a little liberated... because that’s what I want when I go somewhere. I want to be surrounded by that kind of energy," she says

She was 16 years old when she first caught the attention of labels and producers.

By the time she was 18—an age when most girls her age are still just figuring out their identities, what they stand for, and laying down the foundations of their lifelong goals—she was onstage touring with Troye Sivan and being compared to music greats like Lorde, Billie Eilish, and Kiarra.

Now that she's well on her way to international stardom, however, she wants to make one thing clear as early as now: "I’m fine with the comparison, and I love that just because of who they are, but at the end of the day, I don’t ever want to be someone else."

See, Carlie Hansen isn't only out to make heart-thumping, fist-pumping, head-banging tunes, she's also here to make statements on individuality, be a fine example of her generation's nonconformist values, and spread the importance of her work being a "safe space" for those who go against the grain.

In an exclusive interview, Carlie tells us more about who she is and her biggest inspirations and goals. The American singer was in town for Nickelodeon's first-ever Asian SlimeFest, a music festival that celebrates local and international artists, held right here in the Philippines last September 28.

"Music was always just playing around the house. We also used to go out on long drives a lot, to see my grandmother, with my mom and my sister, so we’d burn CDs and we would play them [in the car]... My mom said that as young as like three years old, I would just sing non-stop in the car, and the first song I sang was a Destiny’s Child song. I’ve just always been surrounded by music," Carlie begins.

The young talent has gone leaps and bounds and since then, but it's clear that her eclectic taste in music has remained over the years, lending its multi-genre sound to her original compositions. Carlie's fans will tell you that she's impossible (and not meant to) be boxed into one style; she goes where her ears and heart take her, their idol sometimes leaning towards punk rock, other times feeling rap beats more, and on yet other occasions, dabbling with poppier sounds.

Now that she's 19 and slowly but surely building the foundations of her musical career, she turns to her memories of jamming to Nirvana, the Red Hot Chili Peppers, Avril Lavigne, Tracy Chapman, and yes, One Direction, too, for inspiration.

If her opposing tastes in music surprise you, it's simply a result of what she describes as her generation's openness, be in terms of experiences, preferences, and everything in-between. She's never been one to believe in dichotomies, an attitude which also extends to how she deals with personal issues outside of work.

In particular, Carlie explains how she's had no qualms about her mental health and sexuality. It's important that she be open with her fans—many of whom are adolescents and young adults just like her—to show that she walks her talk. Just as she captivates her audience when she sings about relatable issues onstage, what she says offstage definitely has the same effect.

"I think it’s definitely important to talk about those things. Growing up, there really wasn’t anybody talking about things that we see more now—anxiety, depression, sexuality... And I think that’s beautiful and that’s great, and I want to express and talk about it as much as I want and as much as I can," Carlie reveals.

She takes full advantage of society's changing attitudes towards subjects that were once previously taboo and celebrating the fact that it's now much more acceptable to speak of one's struggles with the intention of showing others that they're never alone in their own pain. In that way, Carlie becomes a beacon of hope for those who look up to her.

"When people listen to my music or come to my shows I just want them to feel a little liberated. I want them to feel like they can be themselves, they can say what they want, they can let themselves go for a minute because that’s what I want when I go somewhere. I want to be surrounded by that kind of energy," Carlie continues, talking more about the intention behind her music.

"If you can’t talk about things like that, you can’t be yourself and look in the mirror and be like that’s who I am and be confident about it, then you’re doing something wrong. With my music and with my shows, I just want people to feel like it’s a safe space," she adds.

As of this writing, Carlie is currently enjoying the success of her first EP, Junk. The five-track record dropped in June of this year and features hits WYA and Back in my Arms, the latter of which she even performed on ASAP's stage last weekend.

More so, worldwide pop sensation Taylor Swift has even acknowledged her talent by adding a couple of her songs to her Spotify playlists. (My phone started ringing and it was my manager who said something like, 'Are you sitting down?' And then she said, 'Taylor Swift just added your song to her favorite songs’ playlist... It was such a moment–probably one of the biggest moments I’ve had in my life. I mean everyone knows Taylor Swift, we were just there screaming about it for a couple of hours. Then later that night Taylor liked my tweet about it. So it was just like a whole fan girl moment," Carlie recalls).

We can only imagine what this Wisconsin-born teenager must be feeling as she continues to travel overseas doing what she loves most and attracts more and more attention from her music idols, yet according to Carlie, this is just the beginning.

This fireball of a performer has her eyes set on future collaborations with Drake ("I’d love to work with Drake. Like, I would just love to work with him, and see how he works, just be around him because I loved him since his album Take Care," she says), Justin Bieber, and Post Malone, too.

But that's all in the long run; for now, Carlie is more than happy to be investing in her own sound, spending lots of time in the studio creating new material for fans hungry for more of Carlie—and they are starving.

Carlie hasn't revealed much about what we can look forward to in her next round of singles, except for the fact that she's been bingeing on Dominic Fike material (his single 3 Nights in particular). Whether she'll be departing from her rock sound for the meantime or simply adding a dancier dimension to her music, only time will tell—either way, we're sure that she's going to kill it.

After successfully touring several European cities and visiting the Philippines, Carlie definitely has all the reason to look forward to a bright future ahead.

Armed with a deck of aces, she's bound to be a sure winner in the industry, one we can't wait to see come into her own. And with the momentum Carlie is on, it isn't a matter of if, but a matter of when. 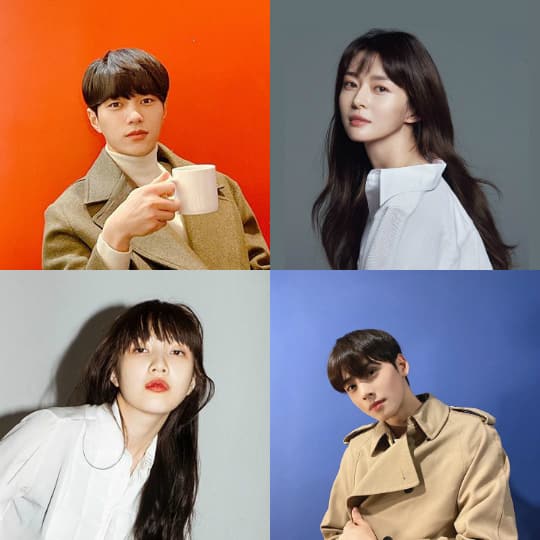