"Move to Heaven" introduces the job of trauma cleaners while tackling topics of solitary deaths, grief, and mourning in a very heartwarming narrative

People often shy away from talking about the topic of life and death. But when the pandemic came and changed the lives of all of humanity, many have come to face the realities that come with death. This is one of the things that make the newly-released Netflix Original Series Move to Heaven relevant today and relatable to people from 190 countries where it's been made available.

Directed by Kim Song-ho and written by Yoon Ji-ryun, Move to Heaven stars Lee Je-hoon as Sang-gu, Tang Jun-sang as Geu-ru, and Hong Seung-hee as Na-mu, with a special appearance by seasoned actor Ji Jin-hee as Jeong-woo. What inspired the series was an essay collection the screenwriter chanced upon, Things Left Behind (transliteration: Tteonan Hu-e Namgyeojin Geotdeul) by Kim Sae-byul, CEO of a trauma cleaning service business.

The uniqueness of this jump-off point for a heartwarming story about (solitary) death and grief was what initially appealed to the cast members as well. "It was actually the first time when I was reading the script that I knew of this job," Tang Jun-sang said during the series' press conference. This is most probably the first time you're hearing about this job called trauma cleaning as well. What do they do exactly? Trauma cleaners clear out the belongings and possessions of a deceased person, and clean the site of death for the deceased person or their bereaved family.

5 Reasons Why You Need to Watch 'Move to Heaven'

Geu-ru, his uncle Sang-gu, and his friend Na-mu work at trauma cleaning business Move to Heaven, the reason for the name being that they guide the deceased to their "final move" and bring closure to their lives by clearing out their belongings. But this isn't all they do. With Geu-ru, a young man with Asperger’s syndrome, Move to Heaven also helps tell the untold stories of those who passed away from his honest perspective; by looking at and understanding the meanings behind those belongings, Geu-ru is able to put the pieces of the puzzle together, to deduce the last message the deceased may have.

The series is only made up of 10 episodes, with approximately 500 minutes of running time. Since each episode focuses on different persons and stories, it is so easy to binge-watch and isn't dragging. And even though there are only fewer episodes than the typical 16- or 20-episode K-dramas, Move to Heaven introduced us to a lot of characters that all have heartwarming, tearjerking stories that will surely resonate with many.

"[Move to Heaven] deals with funeral culture and the topic of grief and mourning, and I really hope that this series will bring comfort to anyone who watches it," said director Kim Song-ho.

Check out the gallery below to see what Move to Heaven director Kim Song-ho and cast members Lee Je-hoon, Tang Jun-sang, and Hong Seung-hee have to say about working on this series:

The Cast on "Move to Heaven"

The Cast on "Move to Heaven" 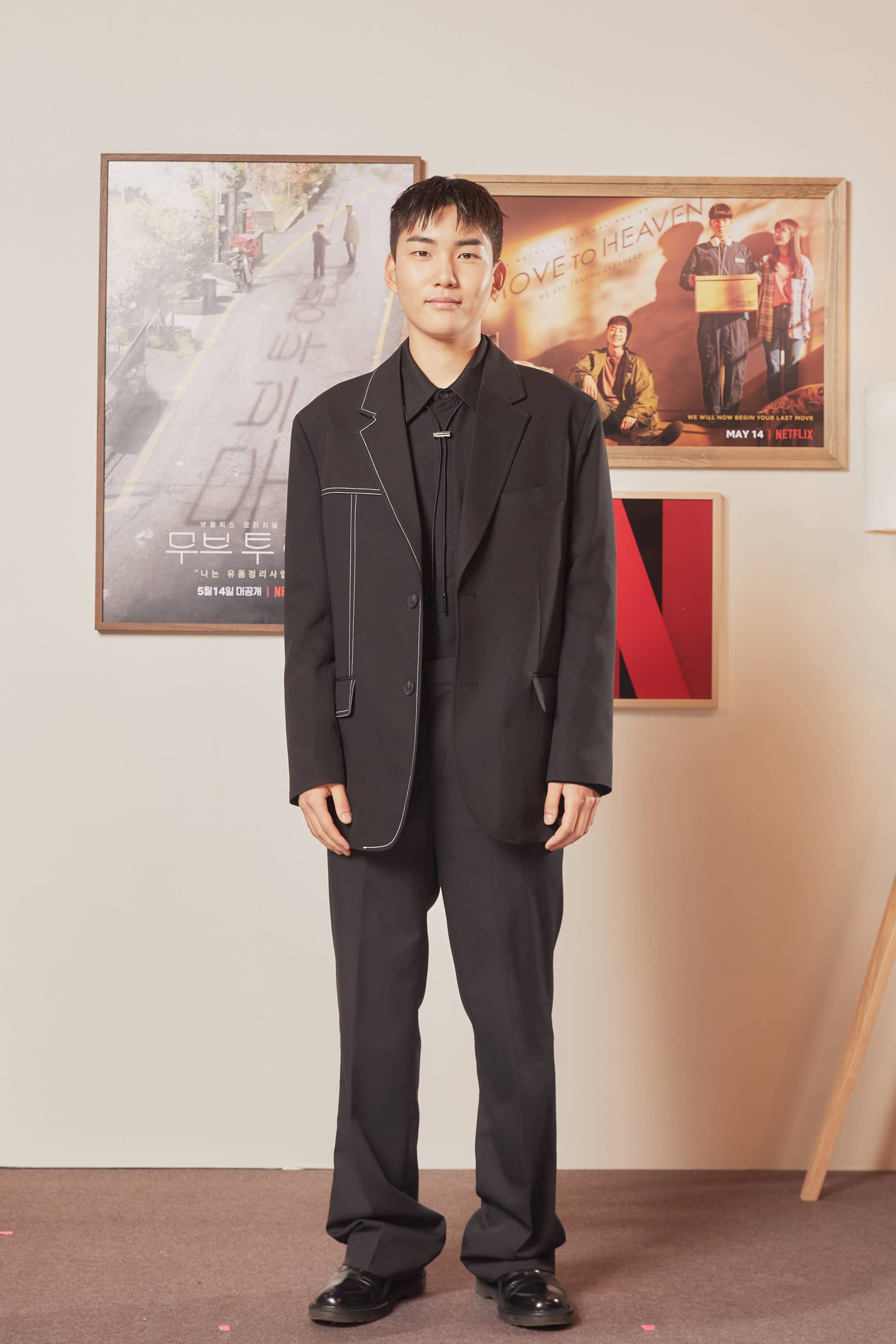 "[Geu-ru] has difficulties in showing and expressing emotions. He doesn’t have too much emotions so when Sang-gu comes to his house and messes up the room, he might have some changes with his emotions but he’s unable to express that. So I talked to director Kim about this, about the tone of my acting and the tone of my words. I also watched 'Good Doctor,' because I also referred to the character of 'Good Doctor' then I recreated the character into Geu-ru... Stingrays are like best friends to Geu-ru... He has these chants about stingrays and when he chants, he comforts and relaxes himself." 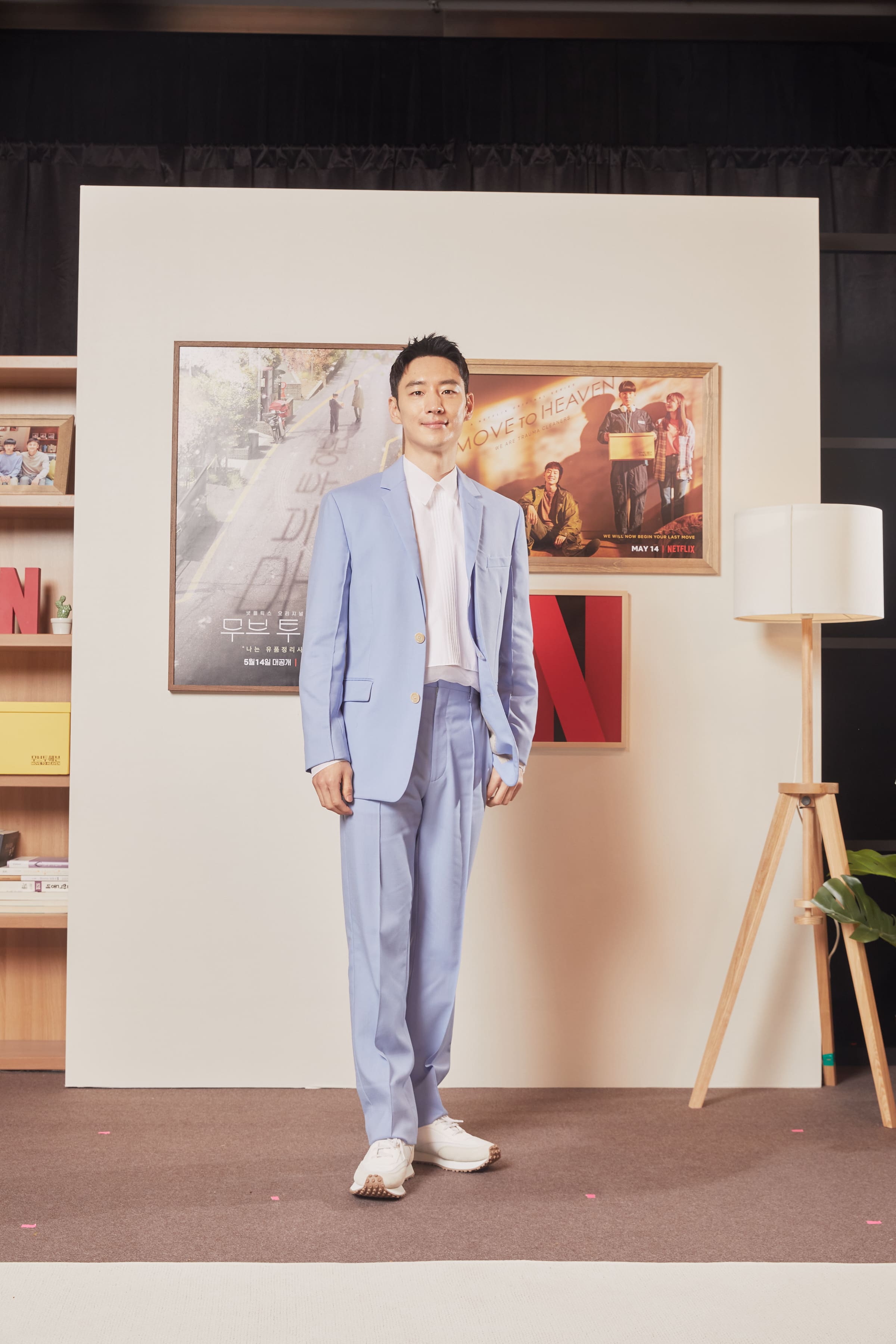 Lee Je-hoon on his character Sang-gu

"Sang-gu is an illegal MMA fighter and he was actually a former boxer so that’s how he makes ends meet. He’s not really afraid to have his body take a toll, to make money so to speak. He goes through personal growth and he’s able to grow from his past where it’s extremely lonely, where he never had a chance to feel the warmth of other people. And when he comes across Geu-ru and Na-mu and also hearing the stories left untold of those that are deceased, the character Sang-gu and the changes he goes through is something that’s going to be relatable to anyone who watches." 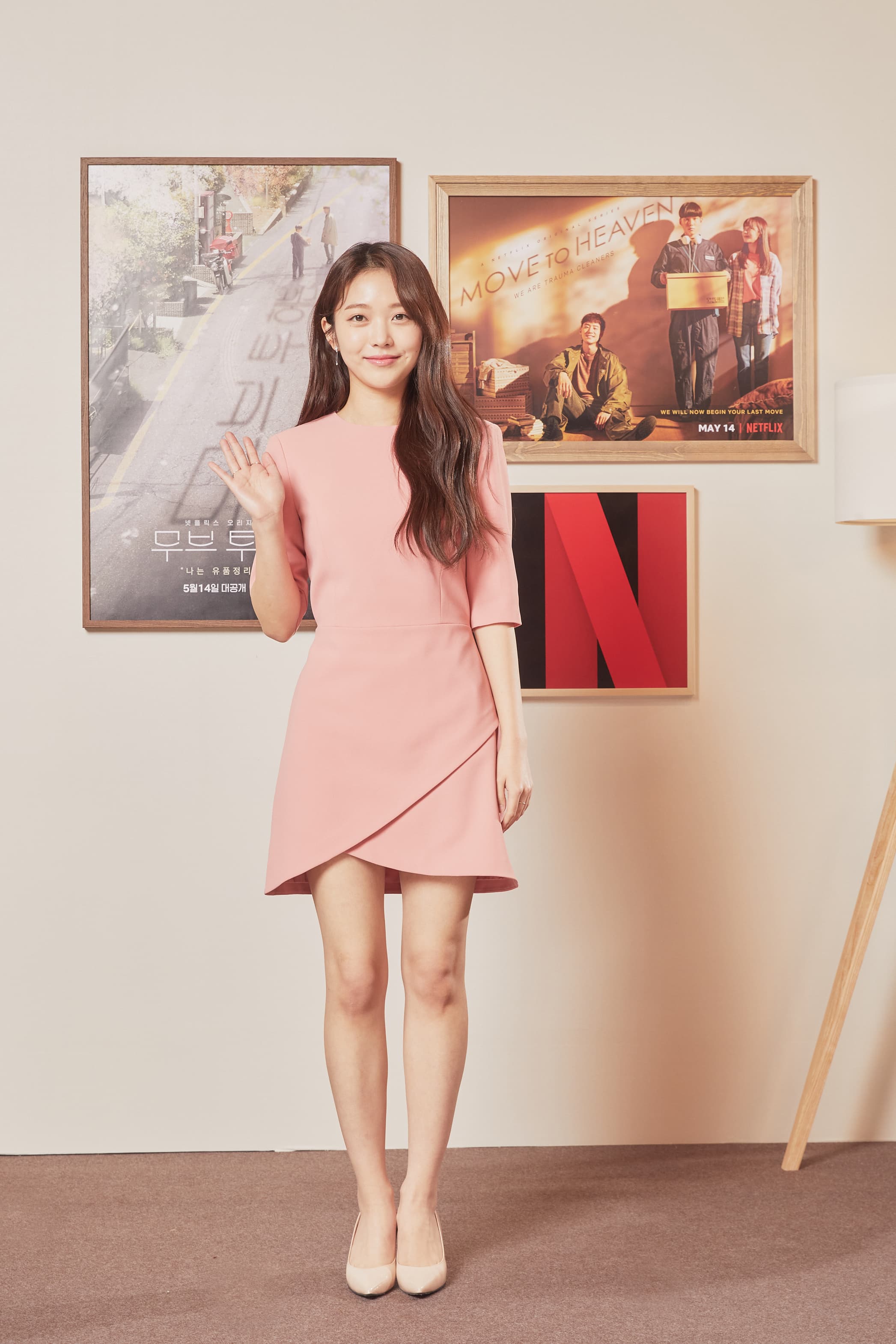 Hong Seung-hee on her character Na-mu

"Na-mu is a friend of Geu-ru since they were very young... Na-mu really likes Geu-ru, his whole existence. People have some prejudice about Geu-ru but Na-mu wants to protect him and shield him from all those prejudices. She wants to be like a tree or Na-mu for Geu-ru. Na-mu is very witty and she’s not intimidated by Sang-gu. She’s a strong girl. I try to keep an eye for Geu-ru and then I just decided to work together with Geu-ru in Move to Heaven." "I thought a lot about how I should take these long episodes, and because all the episodes are different, I thought about what messages the episodes will deliver. And also, Sang-gu and Geu-ru’s relationship grows throughout the whole series so I wanted to balance this out, and because it’s Netflix, they gave me enough time to contemplate on this."

Tang Jun-sang on doing another series that's available on Netflix, following his stint on "Crash Landing on You"

"CLOY was also released on Netflix so there has been a lot of global fans. I could really tell by looking at my social network services. And even before filming CLOY, everyone really likes Netflix. My friends all go, 'Oooh Netflix.' I really wanted to do a Netflix Original Series, so after CLOY, I have this, and I’m the main role so it’s such an honor to me. It's not an easy character to deal with. I did feel a little bit of pressure. I learned a lot from shooting 'Move to Heaven.'"

"The disconnection and lack of communication within our society, I think these are issues we should not overlook and I personally really felt that while working on the series. I hope that message will resonate with them as well and allow themselves to look around. When I was reading the script, that was exactly how I felt, I don't think I read a single episode without crying. I feel very connected to all the main characters of each episode."

Hong Seung-hee on what "Move to Heaven" means to her

"I think it’s like the four seasons. When you see the series, I’m sure you’ll feel the same way too. At some point, you will feel fire inside of you. You will go through a wide range of emotions, so personally for me, it was like that as well."

Lee Je-hoon tells Metro.Style in a roundtable media interview: "The most challenging thing about acting out Sang-gu was that he’s an illegal fighter and he’s very famous for being bad. So I wanted to get ready physically and to show the viewers physically that I’m this kind of tough guy so I worked out really hard. I had some boxing training and out of all my career, I think if you look at this series, you can really see the tough look on me and I’m very curious how people would react."

"Aside from those social issues, when I read the script, because it was the first time i was introduced to the occupation of trauma cleaners, of course, no occupation is without troubles but learning about this occupation opened my eyes to so much and I also wanted to make the series an opportunity to introduce this occupation to the world as well."

Move to Heaven is available for download and streaming on Netflix.

Celebrities Share What They Last Ate Before Hitting The ABS-CBN Ball Red Carpet!