The secret's out—they're having a boy!

Despite the global health crisis, celebrity couple Coleen Garcia and Billy Crawford has found a silver lining during life under quarantine.

They're in the midst of a very special time in their lives—anticipating first-time parenthood! They revealed that they were expecting in May, a couple of weeks after celebrating their second wedding anniversary, and just yesterday, they made another exciting announcement.

We (and some of our friends) are LIVE on Facebook, Youtube, and Kumu for our gender reveal! Come join us 💕 Links are in my Story and in my BIO! Soooo, is it a boy or a girl? #BabyCHeOrShe 👶🏻

In a live streamed gender reveal party, the parents-to-be let the secret out: they're having a boy!

It wasn't just a regular gender reveal done over a video conference, though. Despite quarantine restrictions, Coleen and Billy managed to put together a pastel-hued Instagrammable setup for the event with the theme Under the C. (The C didn't just stand for "Crawford," but for charity, too. One of the reasons Billy and Coleen decided to live stream their gender reveal was so they could share gifts with other moms and kids, too!).

When Coleen revealed a secret to us last January, we jumped in glee! We're over the moon as we heard the news of her pregnancy. 🌙 Creating another fete for Billy and Coleen is like being a part of something that will never go away. Inspired by their seaside wedding in Balesin, Billy and Coleen chose this concept out of the ones we presented. Aptly coined Under the C, the C represents the first letter of their surname Crawford. C also stands for cause and charity as the virtual party aimed to share goods and gifts to countless mothers and kids. A big "C"ongratulations to you Mommy and Daddy! We cannot wait to meet your little boy!💙 • • • #BabyCHeorShe #BabyCisaHE #LetsGFete

Balloons of every size, colorful  seashells, layered coral reefs, swimming fish, and even a little sea urchin and seaweed jazzed up a photo-friendly corner, but at the center of it all was a jellyfish piñata that held the best surprise of all inside.

With the tug of a string (and Billy's enthusiastic countdown!), Coleen had the cute installation spill out a heap of blue confetti to symbolize their baby's gender.

Coleen and Billy's friends were ecstatic over the reveal; their best buds Ria Atayde, Jay-R, Dominic Roque, and Kris Lawrence were there to witness it all in real time along with their fans who watched along. Credit is definitely due to everyone who helped put this special (and super cute!) party together for Coleen and Billy.

Finding a way to work around lockdown rules were expert event stylists Gideon Hermosa and The G Fete, both of whom have continued to style and plan home-based occasions for families and couples during this time. (They recently pulled off a playful jungle-themed party for Mariel Padilla's youngest daughter, too!).

Coleen also highlighted The Boudoir Dolls, a photo company that helped plan an incredibly unique concept for her maternity shoot.

#BabyCisaHE! 💙💙💙 Thank you to everyone who joined our baby shower/gender reveal today! We’re so happy we finally get to share this with you! Thank you to @the_gfete and @gideonhermosa for making today possible! Photo by @theboudoirdolls 😍 They’re releasing the whole set of maternity photos tomorrow. Can’t wait!

Blue is for ______? After ther live gender reveal, we'd like to say Congratulations to the Crawfords! Thank you for allowing us to share some small part in your journey to parenthood by doing this shoot. We are excited to see your little bundle of joy real soon! Stay tuned for the rest of @coleen ‘s boudoir bump photos! Photography by The Boudoir Dolls Makeup by @pongniu Hair by @renzpangilinan Styling by @adrianneconcept #theboudoirdolls #babyCHeOrShe #boudoirbump #coleenGarcia #coleengarciacrawford

They projected her sonogram onto her growing belly and had her highlight her baby's gender with a striking shade of blue lipstick, the end result being atypical maternity photos—shadowy and dramatic with a heavy digital slant! 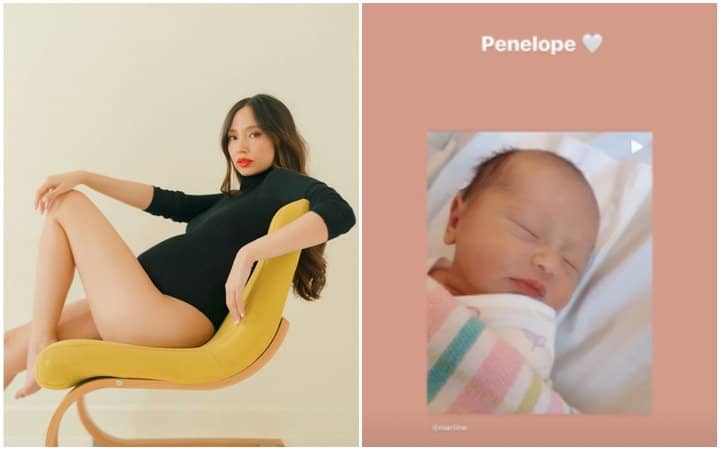 Coleen's baby gender reveal is the most recent addition to the many celebrity baby updates we've seen in the last couple of months.

While under quarantine, Solenn Heussaff showed her daughter Thylane's face to the public for the first time, Anne Curtis celebrated her daughter Dahlia's third month, and Kryz Uy, Martine Cajucom, Tricia Gosingtian, and Cristalle Belo-Pitt have all recently given birth.

In case you missed Coleen and Billy's gender reveal live stream, watch it in full below and relive the happiness of the announcement while you're at it! 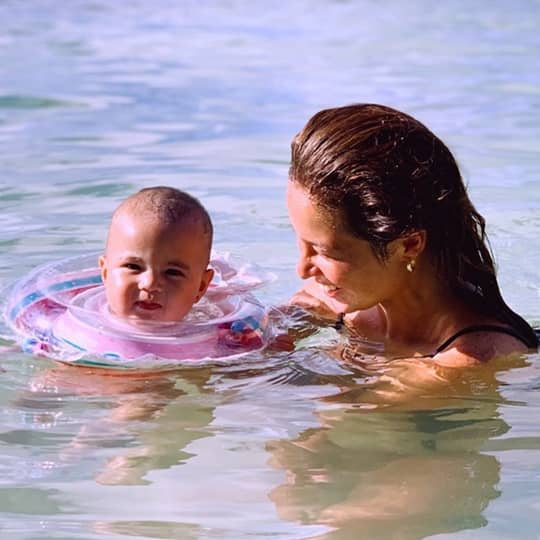