6 Things To Know About Chloé Zhao, The Dark Horse At This Year's Oscars

Remember the name Chloé Zhao. The woman it belongs to made history at the 93rd Academy Awards and if her Oscars performance is any indicator of her career's trajectory, it's a name we're going to be seeing and hearing a whole lot more.

In case you missed it, Chloé Zhao, a Chinese-born director who just received a warm Hollywood welcome, bagged two of the top awards of the evening for her third feature film Nomadland. She was awarded the Oscars for Best Picture and Best Director, making history for being a woman and one of Asian descent at that to win both.

In its 93 editions, the Oscars has only ever seen one woman win the Best Director award: Kathryn Bigelow for 2010's Zero Dark Thirty. It took 11 years for another female storyteller to be recognized in the same way. Chloé Zhao is the first Asian woman to receive these awards.

Just as last Oscar season's big winner Parasite brought attention to Korean filmmakers and onscreen talents, Chloé Zhao should be doing the same for China. Unfortunately, her Oscars wins aren't celebrated back home. In fact, China has reportedly gone as far as censoring her acceptance speech, news articles written about her film, and any online discussions among Chinese netizens mentioning her or her work.

She aims to be a storyteller who shares tales of universal experiences, emotions, and dreams, something she so clearly achieved in Nomadland. If you've seen her film or have yet to see it, we're sure you're bound to want to know more about Chloé Zhao.

Know more about her in the gallery below: 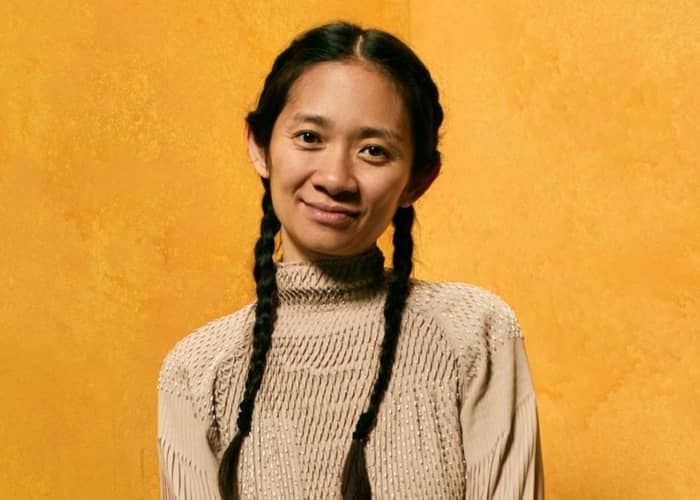 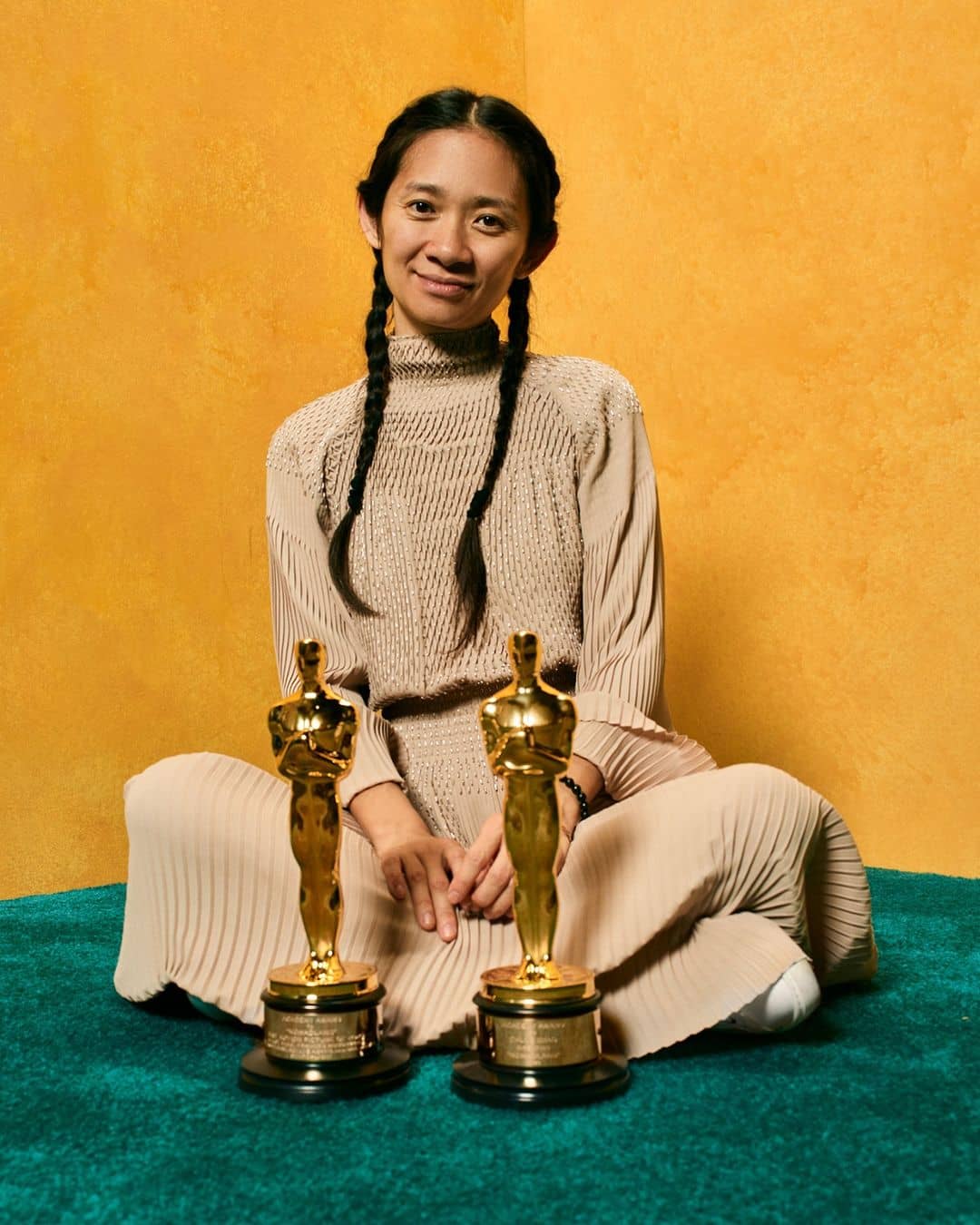 She was virtually unknown to everyone, not just Hollywood, and then all of a sudden, here she is: a first-time Oscar nominee with six nominations and two of them transformed into wins, namely, Best Director and Best Picture. How does someone like Chloé Zhao go from having so little mainstream support to achieving what every filmmaker on earth dreams of? Well, it's a mixture of talent and timing. Chloé Zhao began her work as a director with a love for intimate storytelling; stories requiring no CGI, expensive social media marketing, and big ticket celeb names to back the title. It takes a lot of heart and skill to be able to connect stories like those with a wider audience. At the same time, her work gained traction during a unique period in the industry where audiences, critics, and filmmakers alike veer away from template-guided movies and move toward those that celebrate real people, real experiences, real places. The stars aligned for her this year, but it wasn't all luck. She knew how to ride on the opportunity presented to her, and so, this is the payoff. Speaking of her storytelling, Chloé Zhao has a very distinct vision and feel for her films. She has directed just four feature films to date ("Songs My Brother Taught Me," "The Rider," "Nomadland" and "Eternals"), but you'll already notice that she has a recognizable approach to her narratives and visuals. One thing that threads through all her work is setting. All her films have been set in America's lesser known locations, and she has focused on preserving the experiences of the last few standing that inhabit them. She doesn't present small town lives as insignificant and lost to the times; she honors them as little pockets of Americana and tries to be as authentic as possible. She doesn't depend on big climaxes or dramatic plot twists to get a point across. Her filmmaking is gentle yet sure-footed, almost as if you're watching photos in an album from years and years ago come to life and arrange themselves in order to tell the stories of the people captured in each image. Her mission is to promote universal stories—the kinds that anyone will be able to relate to no matter where they're from, what their favorite movie genre is, and what frame of reference they bring with them when they see her films. (Her newest title "Eternals" could be her first potential blockbuster title. It's a Marvel superhero flick at its core, so we're actually pretty excited to see how she meshes her signature style with a production backed by big bucks). 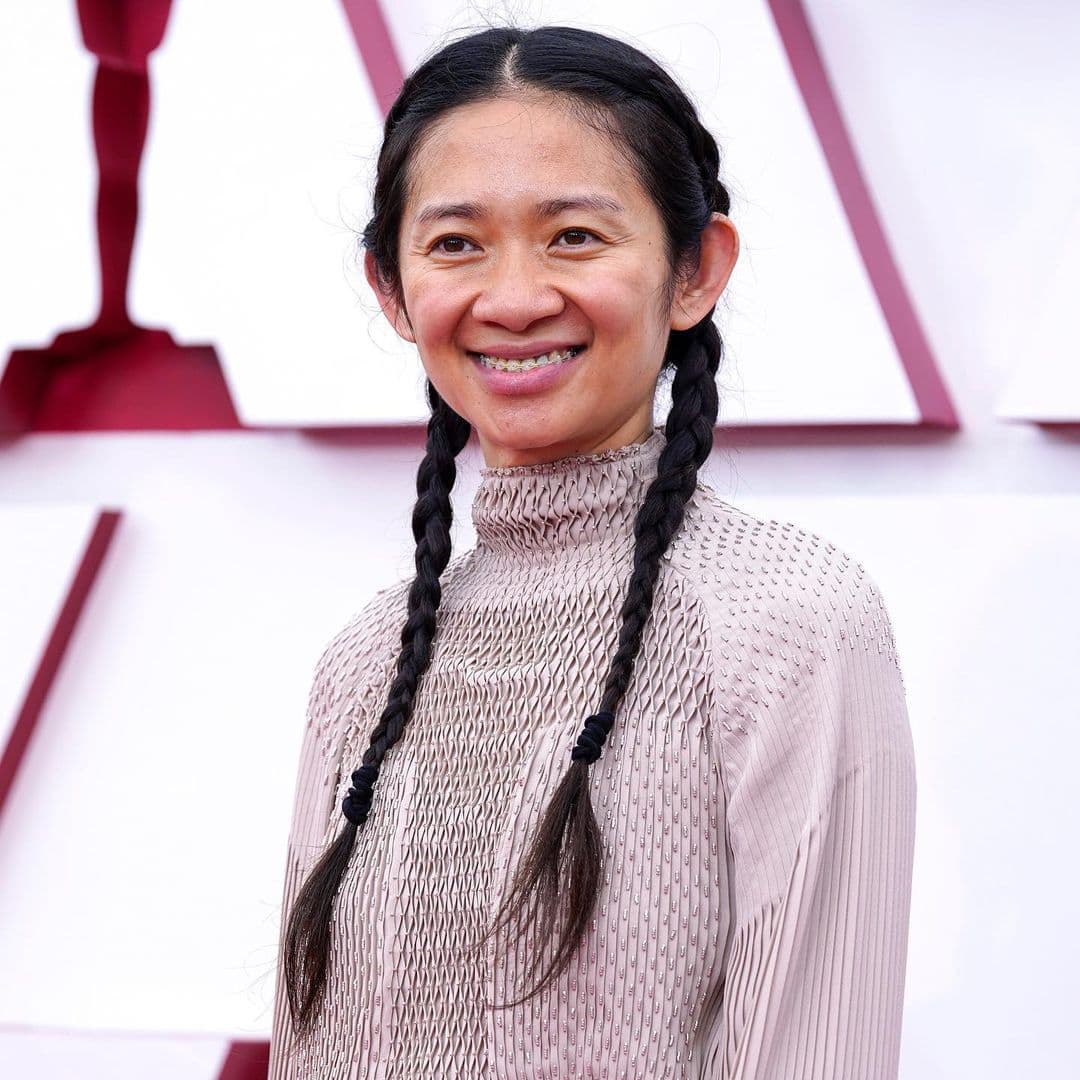 It would be a mistake to think that Chloé Zhao's work isn't an expression of her own experiences growing up. She was born in Beijing, then moved to the UK, then finally settled in the US for high school and beyond. In her teens, she lived alone and come college, she embraced her lone wolf-type independence and used it to sharpen her introspection. She was a political science major at first. Film wasn't in the picture. But to make a few extra dollars while in university, she waited tables and bartended, and it was there when she realized she had a knack for listening to people, anyone who wished to tell tales about their lives, and that she loved hearing about what they had to say. She values these individual stories and thought that many of them were worth sharing with many others, but how? The personal inquiry was what re-directed her to film school. She believed in movies being able to do just this. Lo and behold, she found herself in NYU, studying under the great Spike Lee ("Malcolm X," "Da 5 Bloods," "BlacKKKlansman") himself. The two got along swimmingly and she was one of his students that he closely mentored. 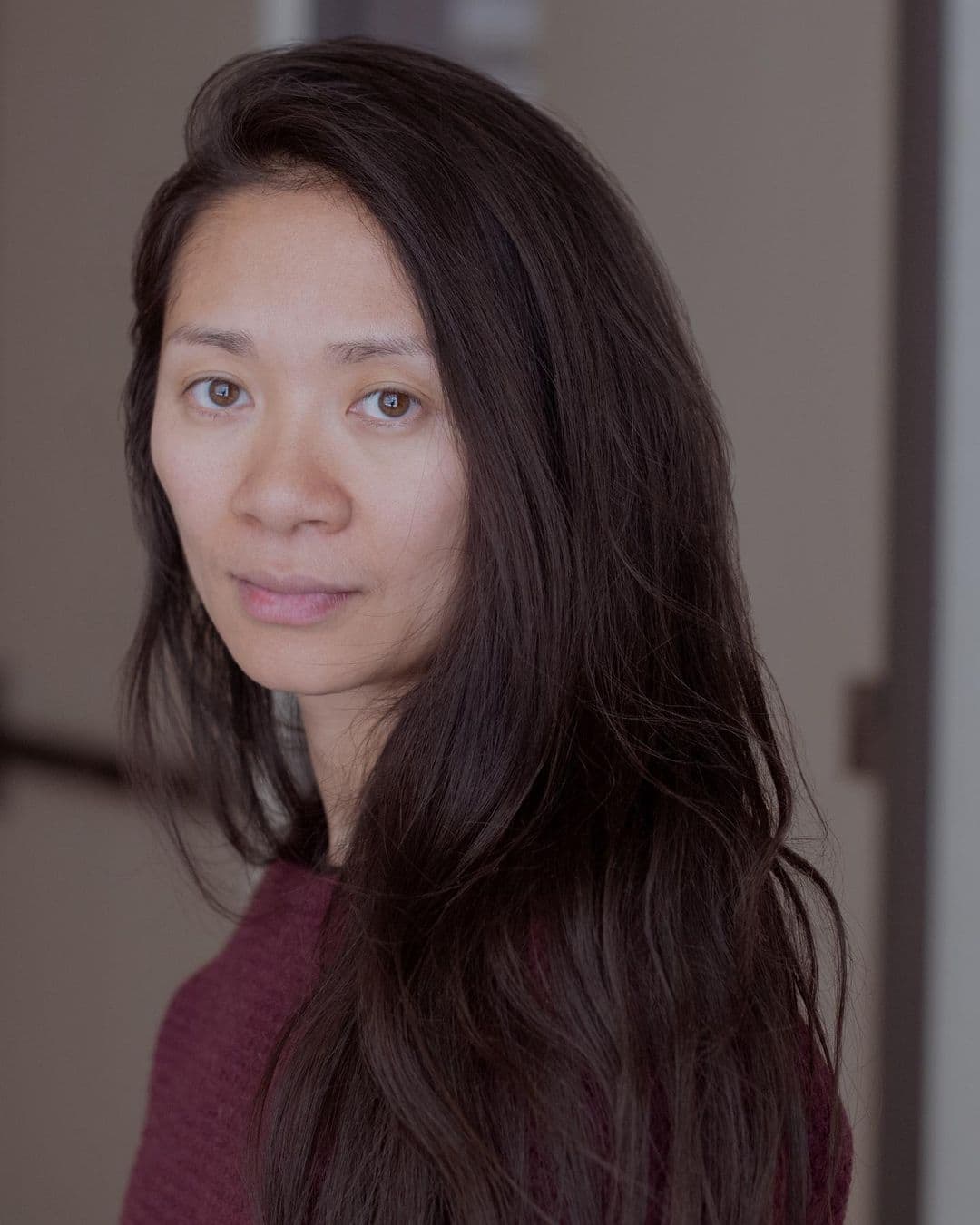 Her acceptance speech received a ton of attention for being meaningful and not just a string of generic thank yous. Chloé Zhao was also calm and collected all throughout, something quite impressive given that it was her first time on a stage as big as that of the Academy Awards. During her speech, she talked about her Chinese roots, and more importantly, how a lesson from her childhood in China taught her to believe in the goodness in others. Holding up her Oscar statuette, she said, "This is for anyone who has the faith and the courage to hold on to the goodness in themselves and the goodness of each other no matter how difficult it is to do that." Additionally, although the Oscars for Best Picture and Best Director were the biggest awards she received for "Nomadland," in truth, the film received over 80 nominations after it debuted to mainstream audiences in late 2020. It was an indie darling that made the rounds in Canadian and US film festivals, eventually making enough buzz to move up the ranks. Chloé Zhao also made her mark at the Golden Globes, Critics' Choice Awards, Screen Actors Guild Awards, and Independent Spirit Awards. 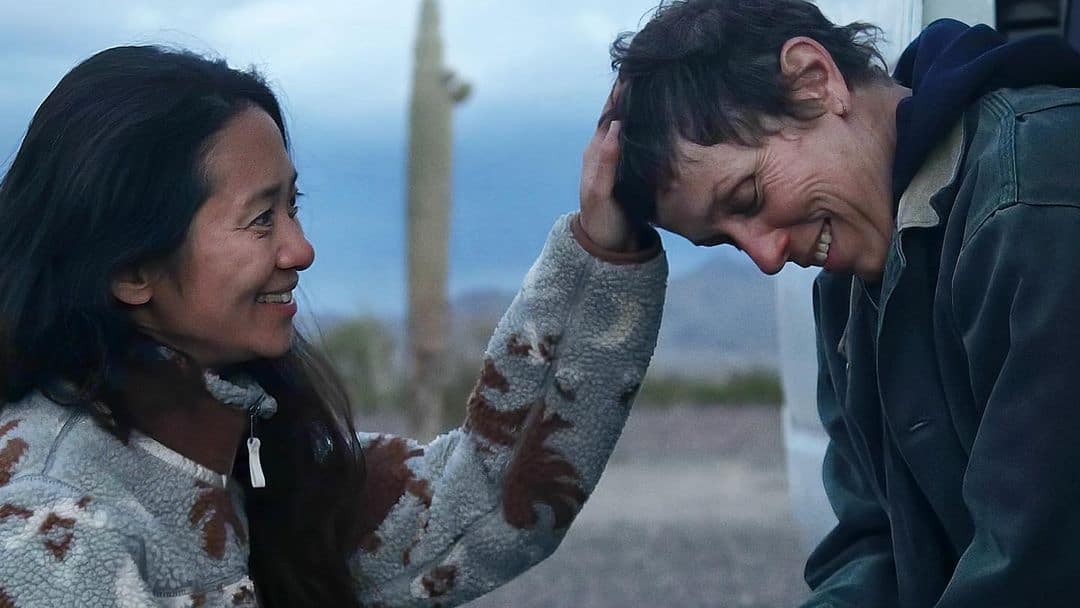 Rebel with a cause

It might seem unusual for a person in Hollywood to be proud of and speak openly about her Chinese heritage, but that's because Chloé Zhao has a very honest and open-minded approach towards it. She's well aware of the tensions between China and the rest of the world, even among people who have nothing to do with politics. As a liberal arts student who got an education in China, in Europe, and in the US, she talked about getting the opportunity to be exposed to her country's history from a different perspective. Once a student overseas, her history classes gave her a different taste of what it meant to learn about China's role in the world and its cultural contributions. She says it was her education that turned this rebelling against misinformation into something productive and it's what opened her mind to different viewpoints and being able to experience the world as a free-minded person. 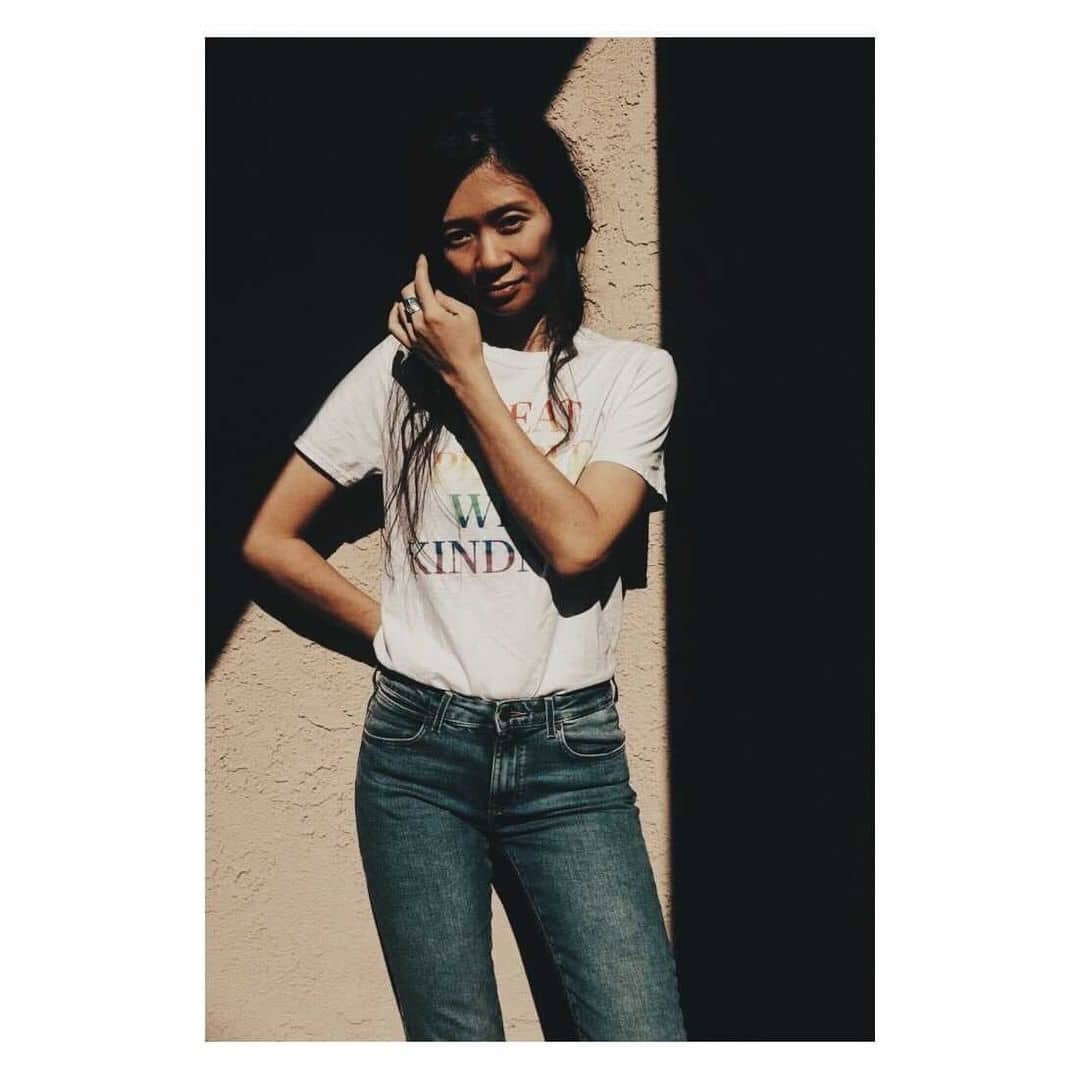 Not a lot is known about Chloé Zhao's personal life except for two things: she enjoyed a happy family life back home in China, and she's committed to a parter-slash-collaborator, cinematographer Joshua James Richards. She talks about her dad often (and she even mentioned him in her acceptance speech), and how he taught her many important life lessons. She attributes a lot of the values she has today to the time they spent together when she was a child. As for her boyfriend, he's just as low-key as she is. They live together in one of California's many mountainous communities, raising some animals and enjoying their home's view of orange groves in the valley below. Once again, Chloé Zhao's real life plays a part in shaping the reel lives she creates.

Watch her full acceptance speech in the video below:

Get To Know Korean Actress And "Minari" Star Han Ye-Ri

Kathryn Bernardo and Daniel Padilla Celebrate the 10th Anniversary of Their Fandom, KathNiel