The ‘Crash Landing On You’ stars joins the list of couples announced by media outlet Dispatch by tradition every January 1. Both managements of the stars confirm the relationship and ask for support

Media outlet Dispatch has called it—Crash Landing On You’s Hyun Bin and Son Ye Jin are a couple! And this was even confirmed by the respective managements of Son Ye Jin and Hyun Bin, MStream Entertainment and Vast Entertainment.

“Hello this is VAST Entertainment.

We would like to make our official announcement regarding the news of Hyun Bin reporter earlier today.

Hyun Bin and Son Ye Jin formed a relationship through work which developed into lovers with good feelings after their drama ended. Please send your warm attention to them and your support,” it said.

“We would like you release our official position regarding the news between Son Ye Jin and Hyun Bin which was released today.

The two built a friendship through their work, and after their drama ended, they started to meet each other with good feelings, and developed into a relationship.

Please look upon them warmly and support them so they can continue meeting each other well,” says the MStream statement.

The Korean entertainment media outlet, known to release exclusives on Kdrama and Kpop stars, has an ongoing tradition of revealing couples every New Year’s Day, the list of which include Shin Min Ah and Kim Woo Bin, Bae Suzy and Lee Min Ho, Rain and Kim Tae Hee, and even Hyun Bin and Kang So Ra.

But this year, Hyun Bin returns to Dispatch in this massive reveal—something that our BinJin hearts have been waiting for since Captain Ri and Yoon Se Ri have sent our hearts a-fluttering in Crash Landing On You.

According to the Dispatch in their exclusive, the stars have been dating for the past eight months—and a source close to Hyun Bin says it started around March, months after wrapping up the filming Crash Landing On You.

While the two have denied dating in the past—in 2018 after The Negotiation, in 2019 when they were coincidentally in the US at the same time, and in 2020 when there were rumors of them getting married—in official functions, they often speak fondly of each other. There is undeniable chemistry even during events such as the Baeksang Arts Awards in June, further fanning the flames of their possible relationship.

20+ Unforgettable Scenes from ‘Crash Landing On You’

Dispatch reported that the two were seen together in a golfing center, and have been spotted playing golf together in B Golf Course in Gangwon province. 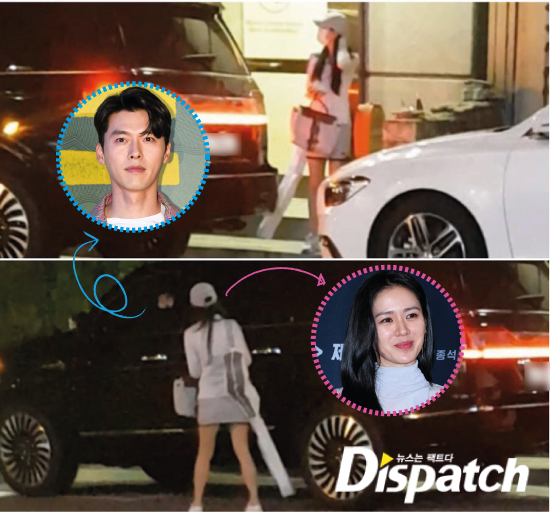 In the photos released, Son Ye Jin, wearing a skirt and long-sleeved top and hidden away with a cap and facial mask; was seen outside Hyun Bin’s car, reportedly after a golfing session. There have also been comments from sources close to the two, that they missed each other after the filming of Crash Landing on You.

“I think Hyun Bin had developed feelings after the drama finished and when they had to separate, he developed that feeling of longing for her,” a source says.

Hyun Bin and Son Ye Jin would then meet up with junior actors after the finale, and have gotten close in the process. They also share a common love for golf.

Understandably, the two couldn’t meet as often as they'd like, as Son Ye Jin was preparing for the Hollywood movie Cross and Hyun Bin began filming the movie Negotiation in Jordan starting July.

Look! This Fan Club Put Up A Billboard In EDSA To Celebrate CLOY's First Anniversary

Crash Landing On You Made Us Crave Korean Food, Here’s What We’d Like To Try

IN PHOTOS: Our Favorite Funny Scenes From "Crash Landing On You"

IN PHOTOS: Adapt These Lessons From Memorable K-Drama Office Sets For Your WFH Area