This Canadian hottie is currently making waves as one of the most buzzworthy actors in the Korean entertainment scene, thanks to his ongoing rom-com series "Business Proposal"

Mondays and Tuesdays are definitely happier for many K-drama fans, because they mean new episodes of Business Proposal are released. Starring Ahn Hyo-seop, Kim Se-jeong, Kim Min-kyu, and Seol In-ah, this new office rom-com is among the trending and most buzzworthy Korean series today.

The plot is simple (even cliché in some ways, but we一and many viewers, it seems一don’t mind): a handsome, tall, and smart chaebol (Ahn Hyo-seop as Kang Tae-mu) goes on a blind date upon his grandfather’s prodding, but the rich woman and prospective wife (Seol In-ah as Jin Young-seo) he’s supposed to meet asks her friend (Kim Se-jeong as Shin Ha-ri) to attend the date disguised as her; little did Shin Ha-ri know, however, that Kang Tae-mu is the CEO of the food company where she works as a researcher. What’s now exciting to see unfold is how their relationship will evolve from a fake, contractual setup to a real one.

Since Business Proposal was released last February 28, it has always made it to the trending topics on Twitter, with netizens gushing about the chemistry of both the lead and secondary couples, as well as what a perfect fit Ahn Hyo-seop is for his role as a strict, serious, and seemingly arrogant chaebol.

On why he decided to star in this project, he said in an interview, “I wanted to try a romantic comedy. I thought I would be able to approach the viewers with a more humorous side of myself than the roles they’ve seen me in so far.”

Ahn Hyo-seop’s star is shining brighter and brighter, with his previous K-drama Lovers of the Red Sky also achieving high ratings. He won the Excellence Award (Actor in a Miniseries Genre/Fantasy Drama ) and the Best Couple Award (with Kim Yoo-jung) for the said series at the 2021 SBS Drama Awards. Considering his performance in his ongoing K-drama Business Proposal, we won’t be surprised if he wins these two awards again this year, this time with Sejeong.

Get to know Business Proposal lead actor Ahn Hyo-seop in the gallery below: 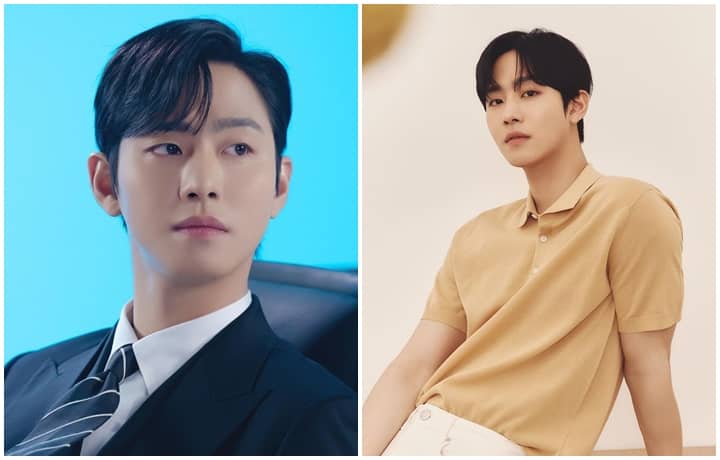 Ahn Hyo-seop was born in Seoul, South Korea on April 17, 1995 (that makes him 26 years old now), but their family emigrated to Toronto, Canada when he was seven years old. This explains why he’s fluent in English (he had some English lines in K-drama “Abyss”). His English name is Paul Ahn. He lived in Canada for a decade until he decided to return to South Korea on his own, to pursue a career in the entertainment industry. 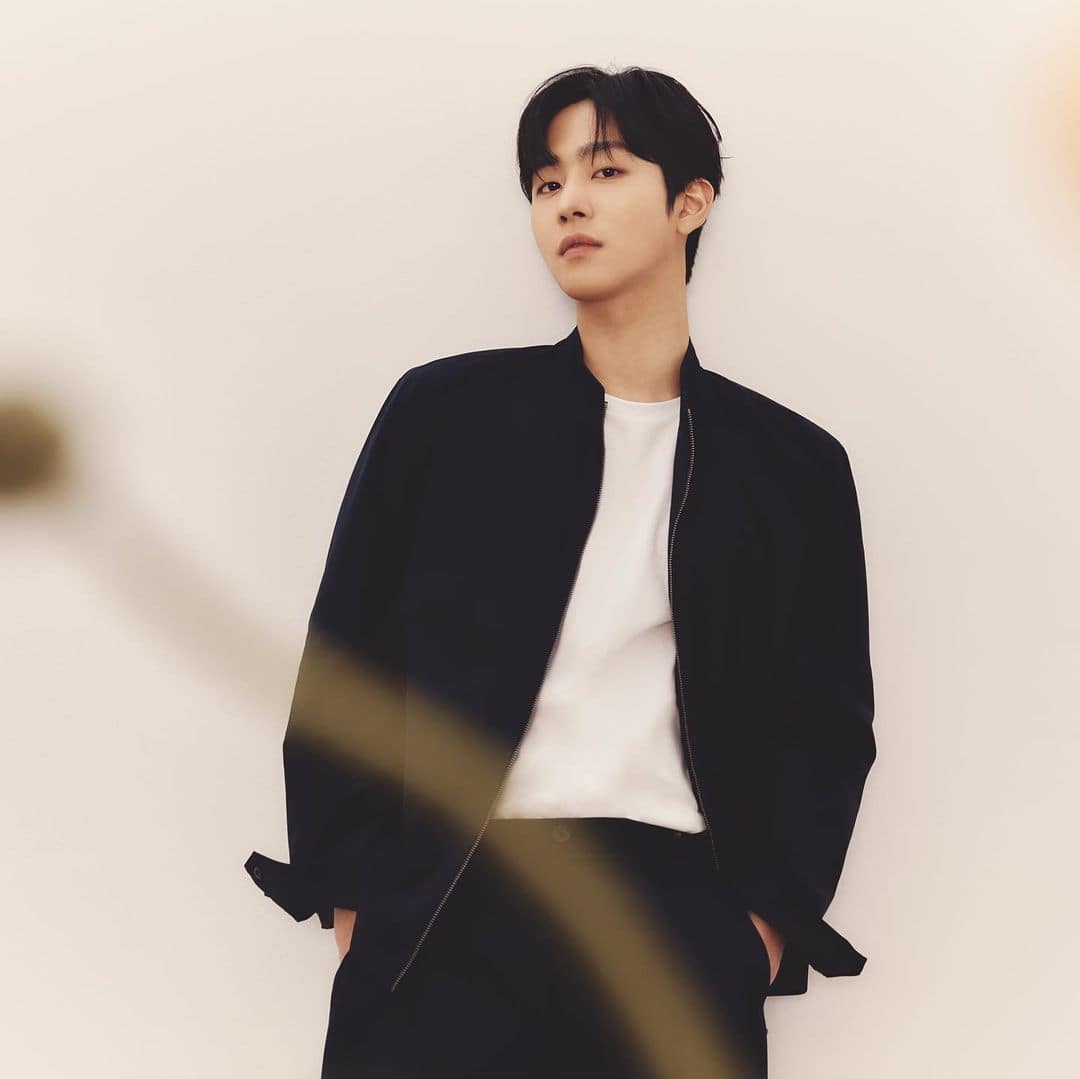 He graduated with a degree in International Business.

Could it be part of the reason why he’s so believable as a chaebol CEO in “Business Proposal” and even in “Abyss?” Ahn Hyo-seop is an alumnus of Kookmin University in Seoul, where he’s known to have graduated with flying colors, with a degree in International Business.

He was a JYP Entertainment trainee.

He could have been one of the Hallyu actors who are also idols, because he trained with JYP Entertainment. In an interview on KBS show “Happy Together,” he was asked about this experience, and he shared how that opportunity presented itself to him: “I was just a regular student in Canada, but I got a phone call from a number I didn’t recognize. I still don’t know how they knew about me, but it was their rookie development team, who said they wanted to meet me.” There were also stories about how he was supposed to debut with South Korean boy band GOT7. In the same show, he said that it’s true that he was living in the dorm with the other members at the time. “So when the group was being put together, I was practicing with them. But I wasn’t able to join the project team,” he said. “I was a bit lacking in talent then, and also I was too tall.”

He’s one of the tallest actors in K-dramaland.

His height is 187m or approximately 6’2”. That sure sounds like a great advantage, especially for his profession. But Ahn Hyo-seop shared in his “Happy Together” interview that there was a time he “resented” his height, recalling his training days at JYP. “I wanted to become shorter,” he admitted. He was a member of a group called One O One.

When he left JYP Entertainment and moved to Starhaus Entertainment, he briefly pursued a music career through a four-member group called One O One alongside actors Kwak Si-yang, Song Won-seok (who’s currently his co-star in “Business Proposal”), and Kwon Do-kyun. He remains to be an artist under this talent agency. His closeness with GOT7’s Jackson remained even after Ahn Hyo-seop left JYP Entertainment. Since they were the closest during their trainee days, the two were even featured in a special episode of MBC’s “Celebrity Bromance.” In that special, which aired in September 2016, Jackson said of Ahn Hyo-seop, “I think the friend who knows me the best in Korea is Ahn Hyo Seop. Since we talk in English, I feel like we’ve been able to communicate better, because I used to really be bad at Korean. I’m still not good at it, but back then I was really bad. We’ve been close since then.” In another interview by TV - Reporter Eun’s LIT NEWS, he was asked who his celebrity best friend is and he said Rowoon from SF9. “We’ve been close since we were younger,” he shared. Interestingly, both Ahn Hyo-seop and Rowoon starred in top historical K-dramas last year: “Lovers of the Red Sky” and “The King’s Affection,” respectively.

Ahn Hyo-seop debuted as an actor through the 2015 series “Splash Splash Love.” This was followed by more supporting roles in K-dramas “One More Happy Ending,” “Happy Home,” and “Entertainer” until he landed his first-ever lead role via the six-episode series “Queen of the Ring” with actress Kim Seul-gi; the series is one of the “Three Color Fantasy” drama trilogy by MBC and Naver. He then became part of the main casts of “My Father Is Strange” (which gave him his first award, Rookie Award at the 2017 Asia Artist Awards) and “Still 17.”

His breakthrough project is the medical K-drama “Dr. Romantic 2.”

His first lead role in a full series was via the rom-com/fantasy K-drama “Abyss” that paired him with actress Park Bo-young. But he soared to popularity for his role as Seo Woo-jin, a doctor with a heartbreaking past, in “Dr. Romantic 2.” The series, which he co-starred in with seasoned actor Han Suk-kyu and well-loved actress Lee Sung-kyung, earned him the Best Actor Award at the 2020 Asia Artist Awards, the Best New Actor (TV) award at the 2020 Baeksang Arts Awards, and the Excellence Award, Actor in a Miniseries Action/Genre Drama at the 2020 SBS Drama Awards. 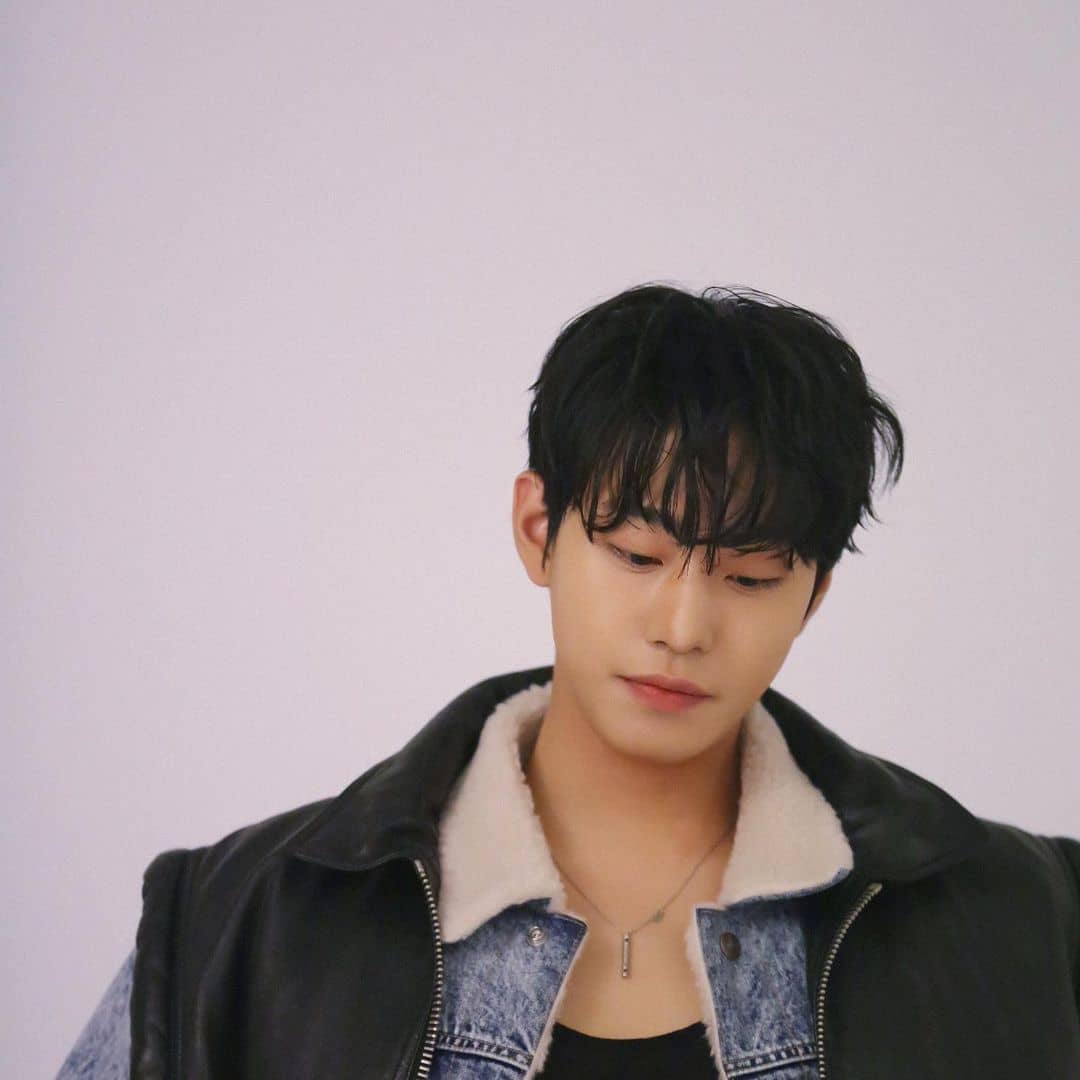 He’s musically inclined, and he was even part of his high school’s orchestra. He shared that he loves most music genres (except country), but that his favorite is classical music because his parents used to play that a lot when he was a kid. He loves listening to Frédéric Chopin and Claude Debussy. 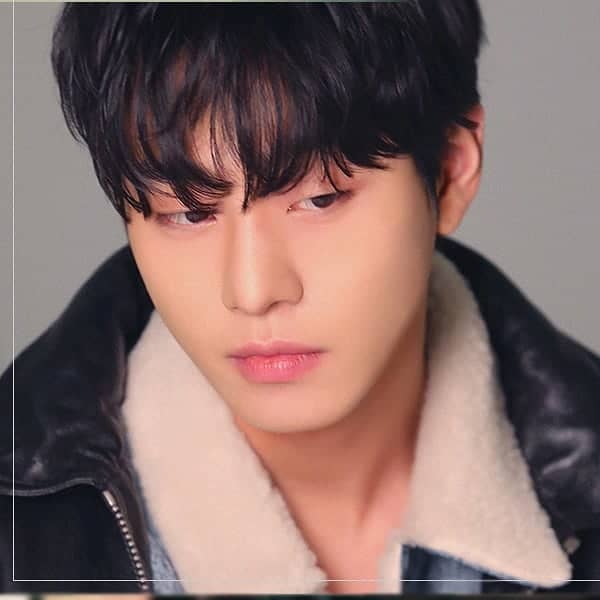 He can play three instruments.

Ahn Hyo-seop can play the piano, violin, and guitar. The humble Ahn Hyo-seop said in an interview (TV - Reporter Eun’s LIT NEWS) that he wouldn’t say he’s very good at playing the piano一“just enough to play when I sing.” He also learned how to play geomungo, a traditional Korean instrument, for his role in the historical series “Lovers of the Red Sky.” 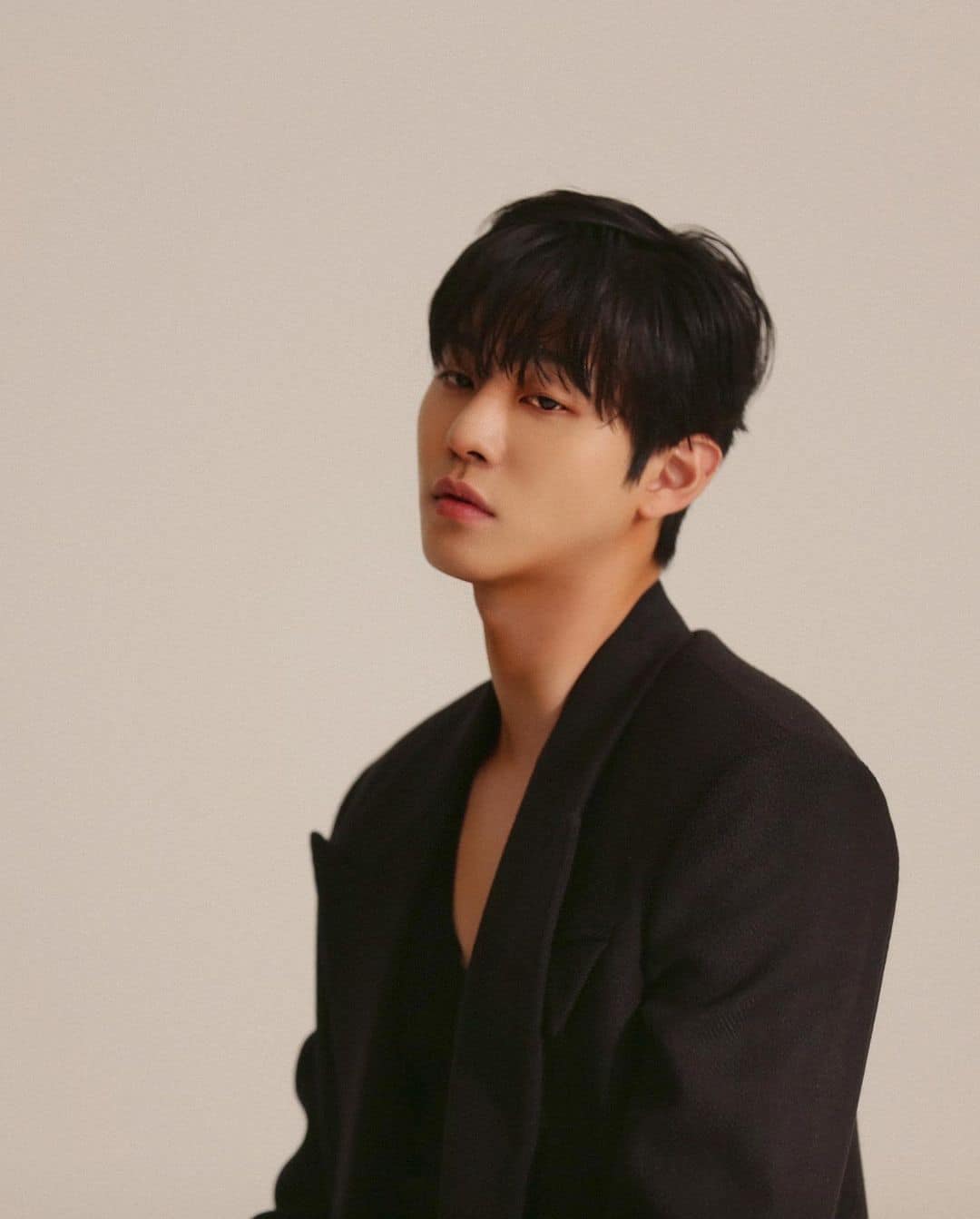 Rather than spending time outside when he doesn’t have any work, Ahn Hyo-seop prefers to stay at home. One of the things he loves doing at home一aside from eating and sleeping and at times watching “meaningless videos” he thinks are stress relievers一is reading books. He loves the “How to Make Friends and Influence People” book by American writer Dale Carnegie. In an interview by TV - Reporter Eun’s LIT NEWS, he shared what he learned from the book: 1) "Do not blame others," 2) "try to understand other people; put yourself in someone else’s shoes," and 3) "try to look at other people’s sight." His favorite food is…

…Korean, specifically kimchi jjigae. He said that he rarely cooks but that he can make good ramen. In relation to food, Ahn Hyo-seop also honestly shared in an interview on SBS’ “My Little Old Boy” that he enjoys drinking beer and soju at home (but in another interview with TV - Reporter Eun’s LIT NEWS, he said that if he were to choose between the two, he’d prefer soju and can finish two bottles). “Whether someone is there or whether I’m alone, at the end of the day is a drink. I drink like it’s a present I give to myself. I barely drank yesterday because of the recording, but I drink two to three bottles of soju on a resting day if I’m drinking a lot and one bottle of soju if I’m drinking a little. I mostly drink alone, and I eat comfortable food like steamed or fried eggs,” he shared.

He has a pet named Baul, which sounds like his English name Paul. Baul is a regular at Ahn Hyo-seop’s Instagram account (@imhyoseop) wherein he now has 4.6 million followers.

His ideal woman is…

He said, “I like people who I can have conversations comfortably with. And kind. [A] person who doesn’t have any bad purpose.” | Source: TV - Reporter Eun’s LIT NEWS 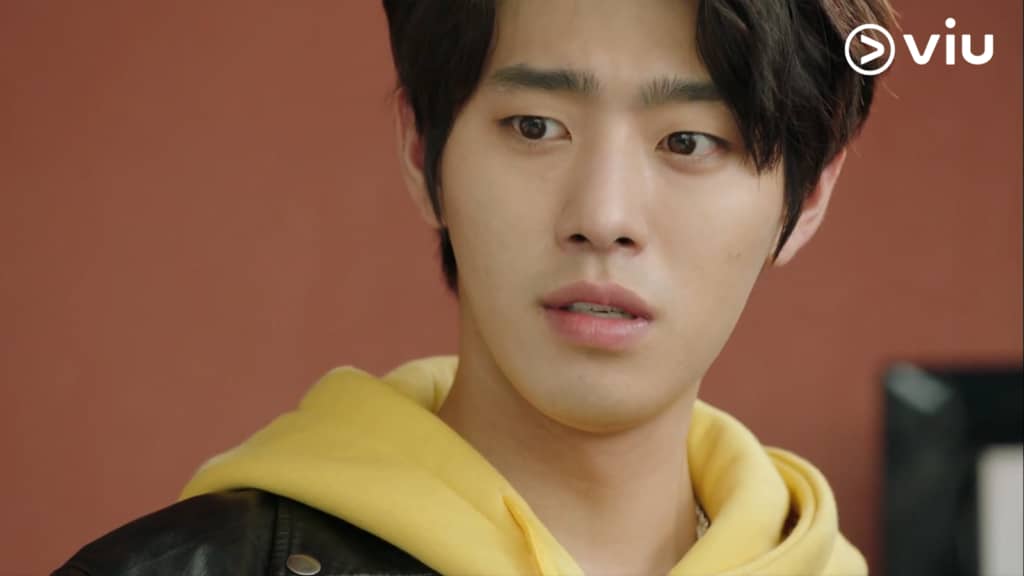 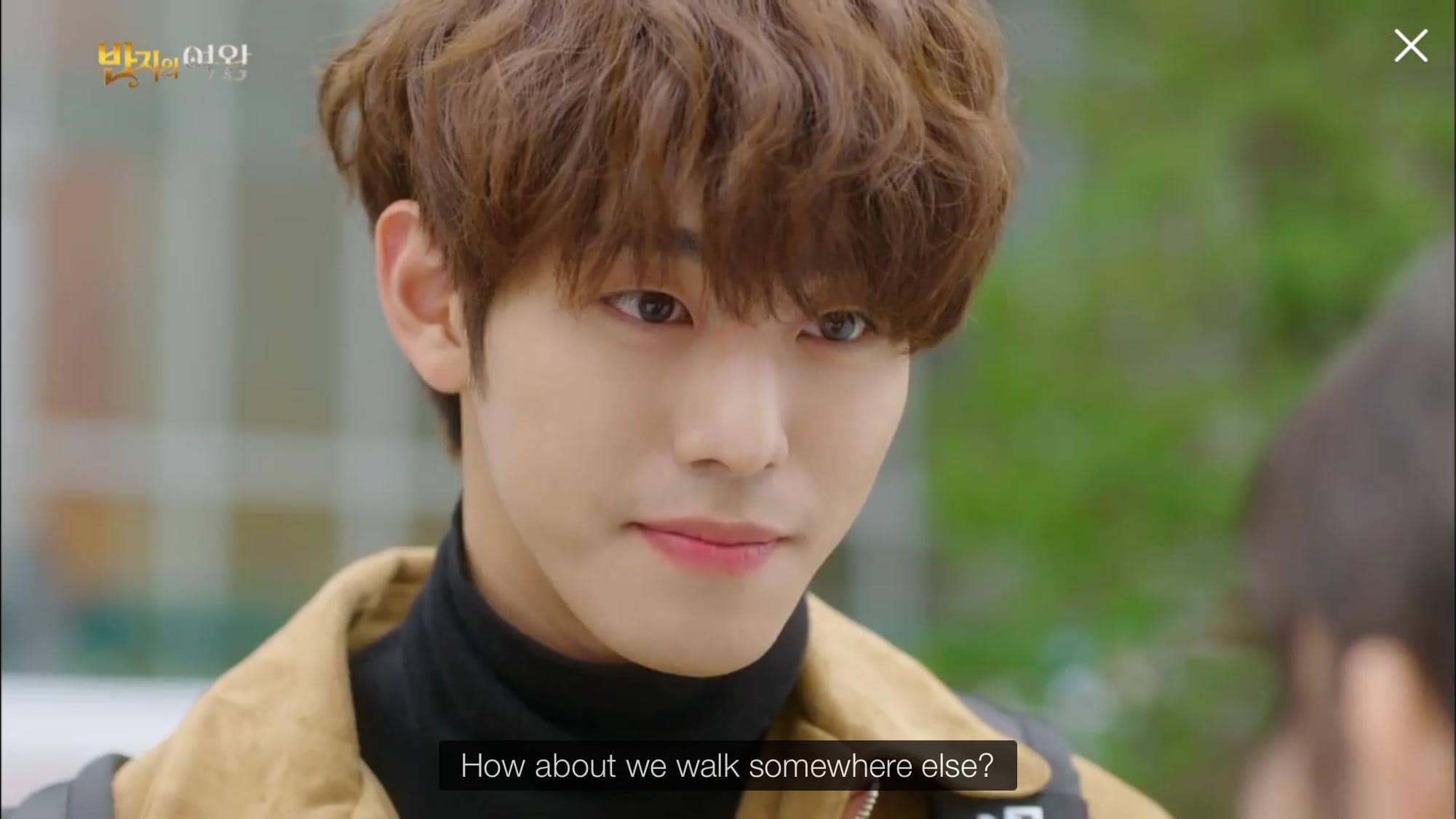 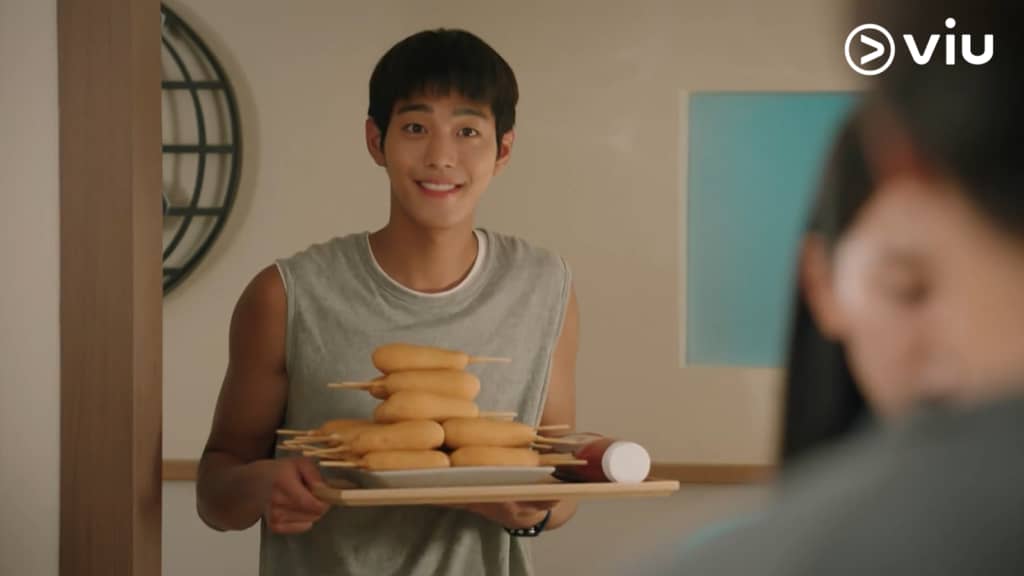 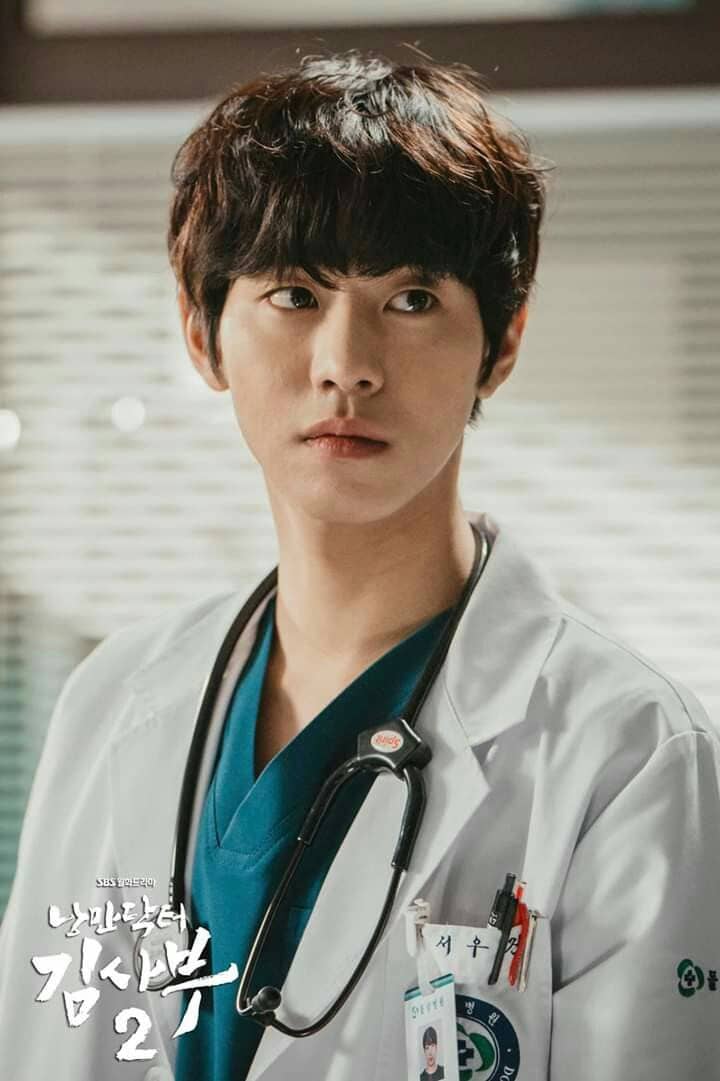 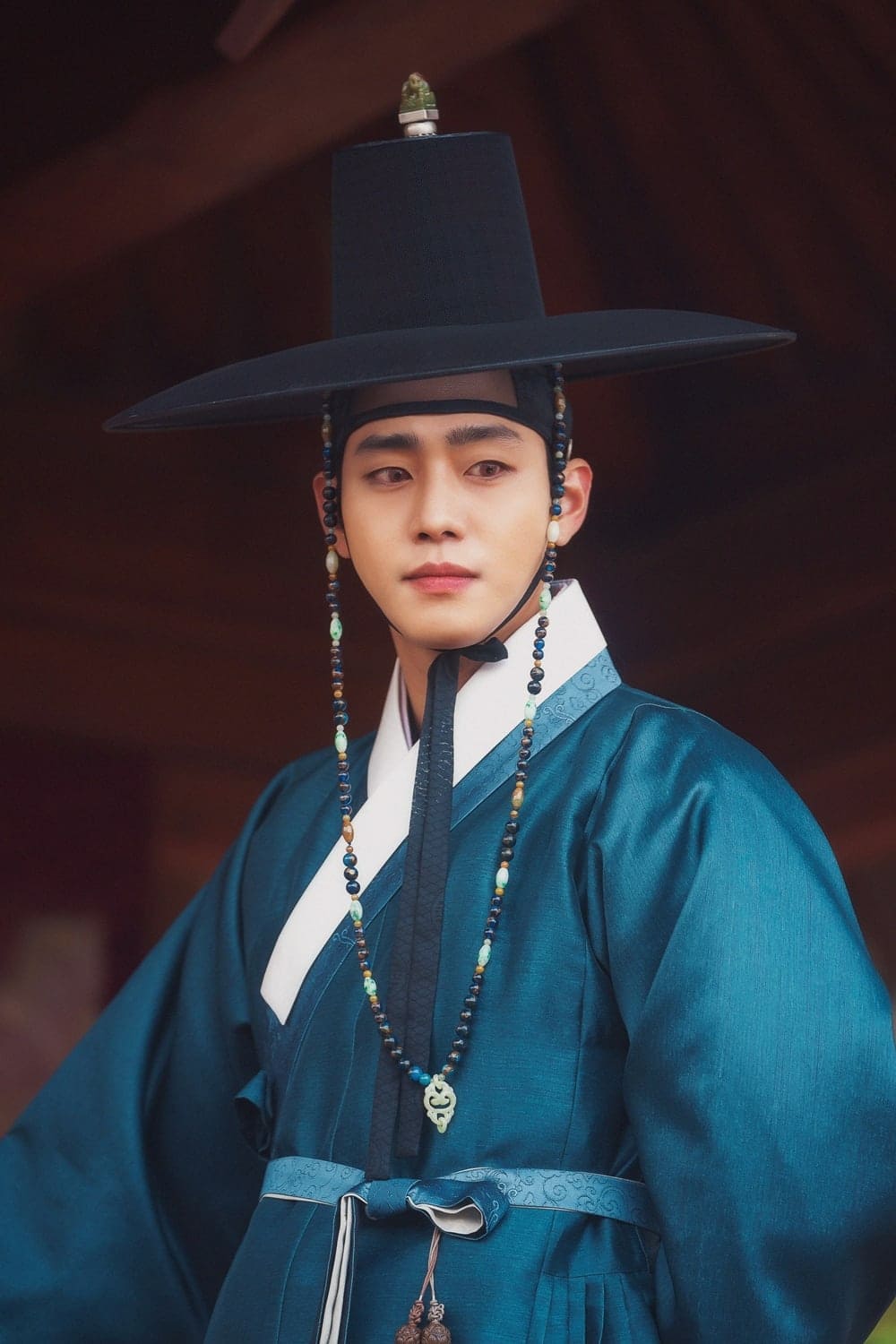 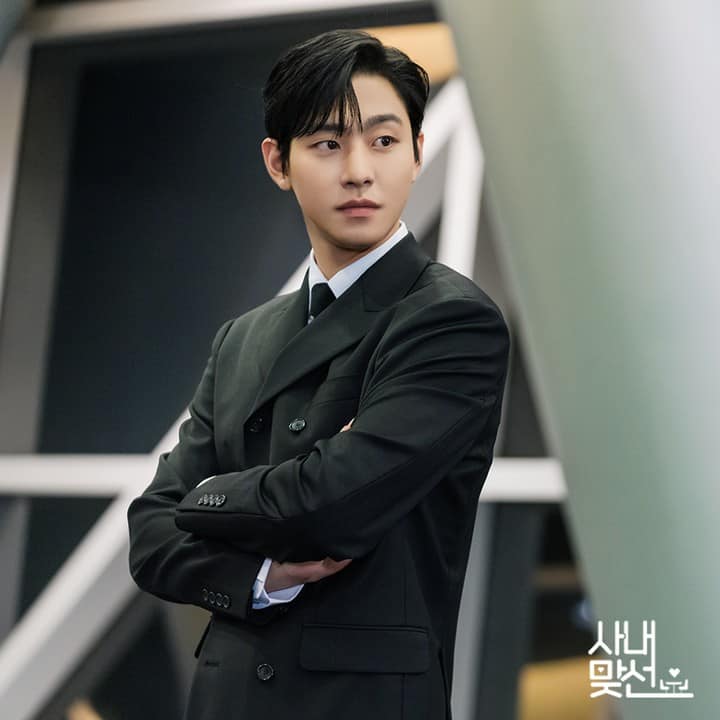 Business Proposal is available on Netflix.

Ivana Alawi Is A Goddess In Her 25th Birthday Shoot