EXCLUSIVE: On Adolescence, Independence, Existence—Frankie Pangilinan Shares Her Musings On What Matters Most To Her

Frankie shares a unique perspective on feeling angry about the current state of things: it's optimism in disguise!

If you've always wanted to pick the mind of a Gen Z-er and find out what they love, fear, and hold most sacred, Frankie Pangilinan is your girl.

The 19-year-old student and songwriter joined our editor-in-chief Geolette Esguerra for Metro Chats on Kumu's FYE Channel in an hour-long conversation where she freewheeled through questions about living in an unreal, almost science fiction-esque time such as this. She also gave us insight into what it's like to be growing up amidst some of the biggest paradigm shifts we've ever seen.

In youth speak, she's definitely freaking out about the state of the world (aren't we all?), she laughs, but she's also trying her best to keep herself together and anticipate blooming adulthood with grace and openness and courage—lots and lots of courage.

Speaking for herself, she dives into the values and philosophies that make her, her—some are of her own discoveries and makings, others have been passed on to her by family and cultural identity. As she joked about getting deep just 20 minutes into the interview, we honestly didn't mind at all, and it's exactly her unabashed authenticity and articulations that we'd love to share with you.

We highly recommend listening to Frankie herself in this interview, which you may watch on replay via FYE Channel on Kumu.

But in the meantime, we rounded up some of her most striking points in the gallery below to get a feel of her verbalized reflections:

EXCLUSIVE: Angel Locsin Shares Everything 2020 Has Taught Her, So Far 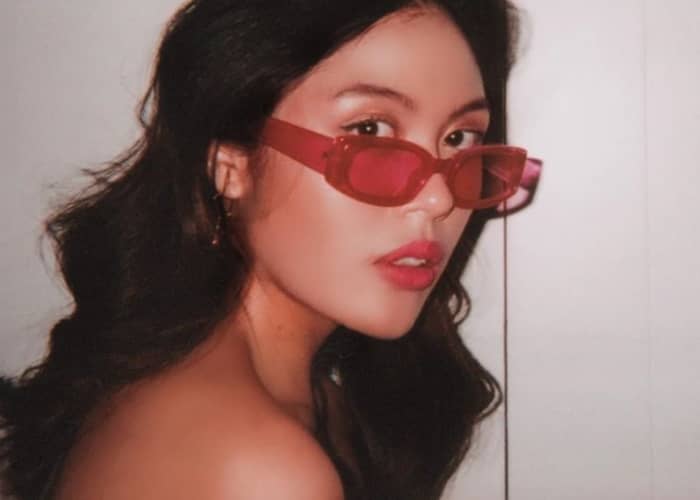 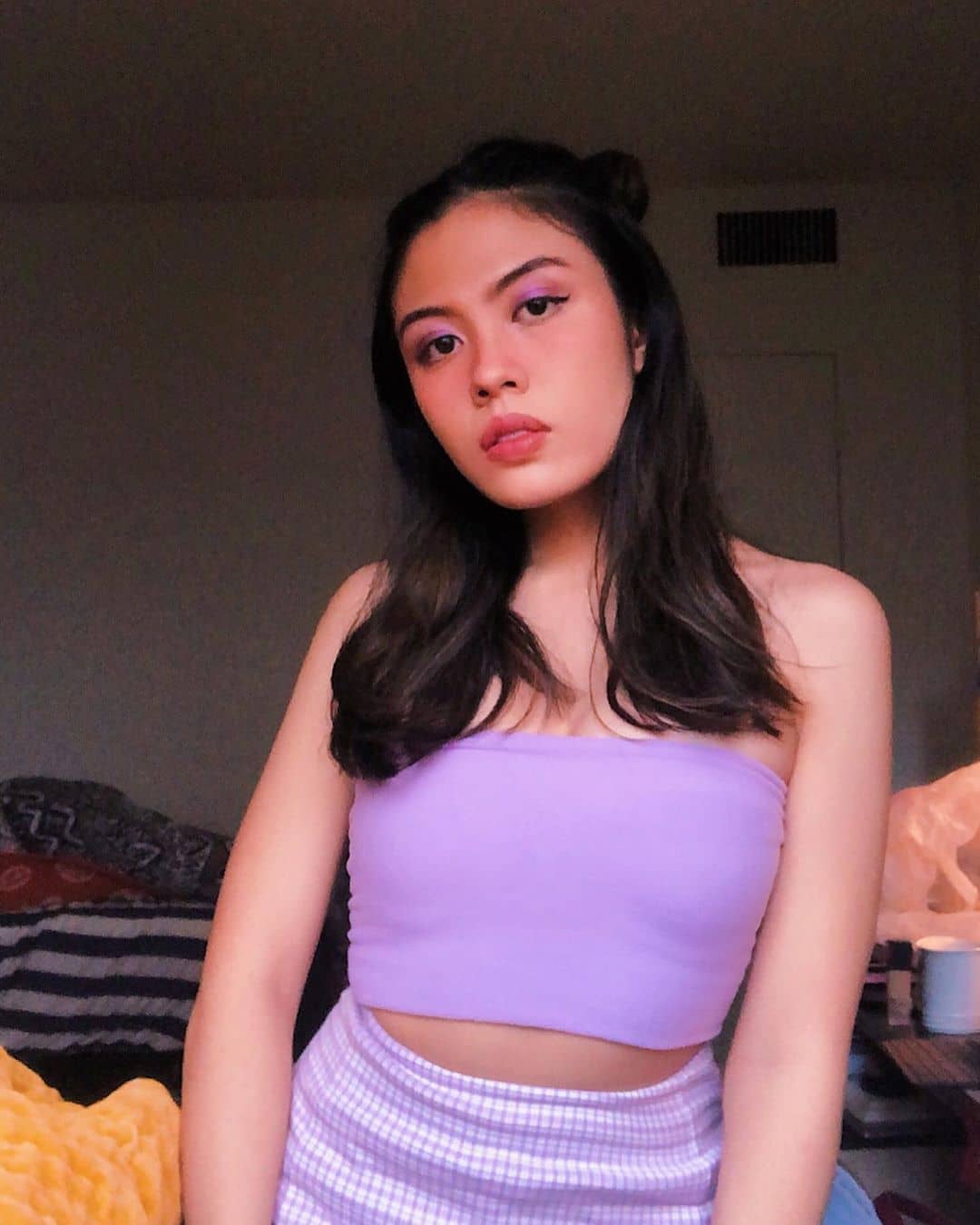 Looking back at her experience of flying home to Manila from NYC in the nick of time (i.e.: not being caught between cities at the height of countries closing their borders!), it was definitely a lucky break. She got home two days before Metro Manila was placed under quarantine in March. More so, you would never know it by just looking at her, but Frankie says that she is, in fact, actually an immunocompromised person (she's gotten pneumonia at least thrice in her life) which means that she's at high-risk for COVID-19 infection. If she weren't back home with family, she'd be drowning in worry about how to take care of herself, so she's extra happy to be in the company of loved ones these days. In case you didn't already know, Frankie wasn't in NYC for an extended vacation; she moved to the Big Apple as a college freshman. Besides, for her parents, college was non-negotiable, and this was her way of giving back to them for working their hardest to give her the best possible life they could ever give. But she's hoping that her sophomore year will be better. As of the moment, she's kept herself busy with Manila-based work while she waits for classes to resume. She has acknowledged the need to be flexible and adaptive, life lessons that the pandemic has taught her. Most, if not all, of her biggest plans for 2020 haven't pushed through and are indefinitely shelved but instead of being frustrated about these things that are beyond her control, she has learned to let go. She's thankful to have the privilege of being able to let go to begin with, given that there are countless Filipinos who can't afford to do the same as their lives depend on the daily grind, the daily hustle. Practicing gratefulness is something she's doing more these days in light of these reflections. She also wants to get involved in more charitable activities and continue to work on her WWF ambassadorship while school is on hold. "I had to stay stimulated! I had to stay productive. I don't know what I'd do if stuff just stopped," she laughs. Refusing to rest on her laurels, she's pursuing as many of her passions as she can handle—including songwriting! She does, however, advise people to also learn how to be comfortable with slowing down and yes, even doing nothing and being okay with free time. Don't freak out when your mind is still and everything around you is quiet; it doesn't mean you're not doing enough, but that there's also something to gain from calmness. 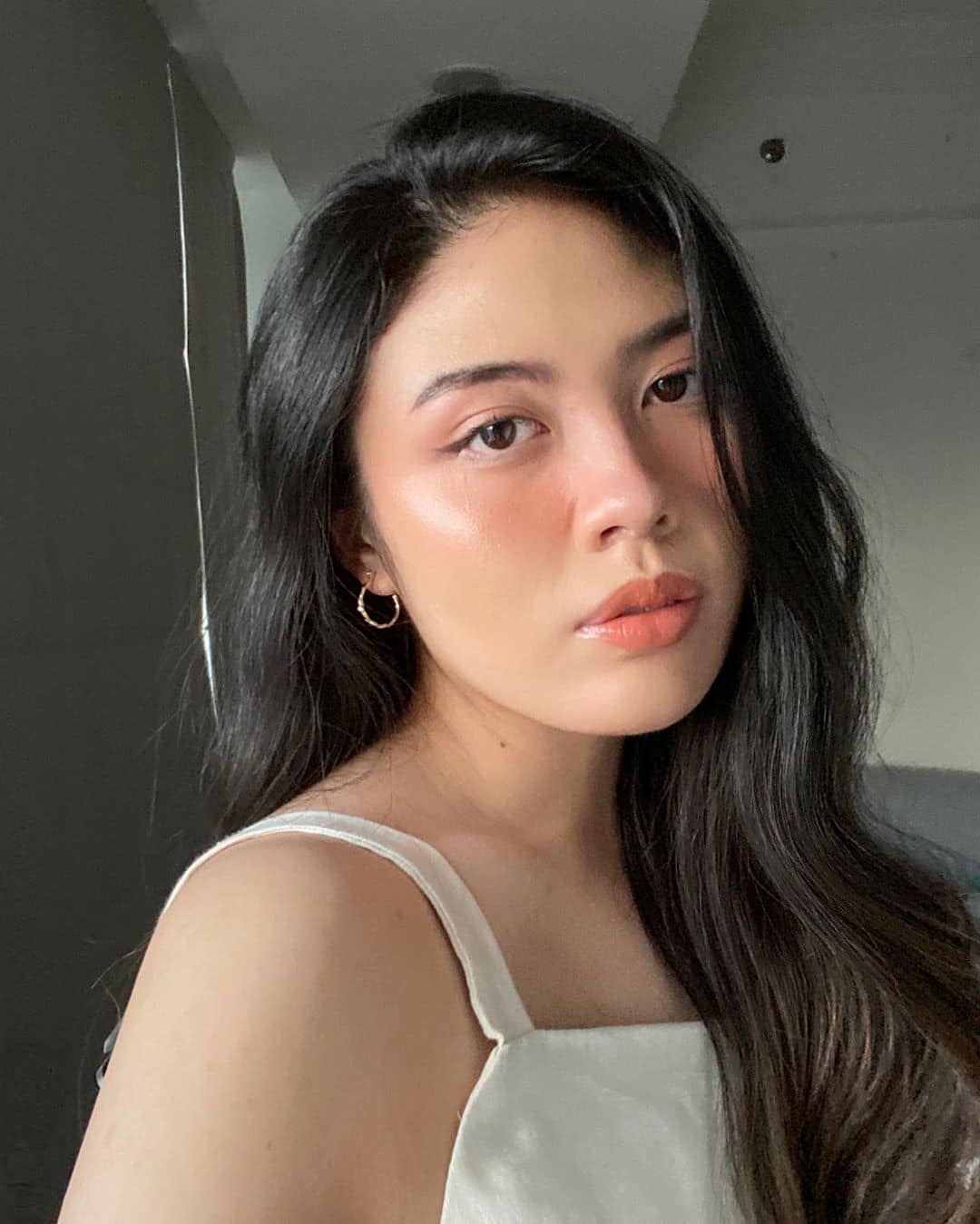 Frankie's biggest realization about living abroad? Independence is a double-edged sword. It's a ton of fun on one hand, for obvious reasons (what kind of 19-year-old refuses the opportunity to be on her own in one of the liveliest cities in the world?), but it's also an experience that tests you—physically, psychologically, emotionally. "Culture shock" is an understatement to what Frankie had to contend with, and realizing that saying she's able to do one thing, in theory, is a totally different thing from actually doing something in reality. Overall, as awesome as New York was, she did miss the comforts of home, especially the connection that comes so naturally between Filipinos. NYC is beautiful, sure, but there's still no place like home for her. 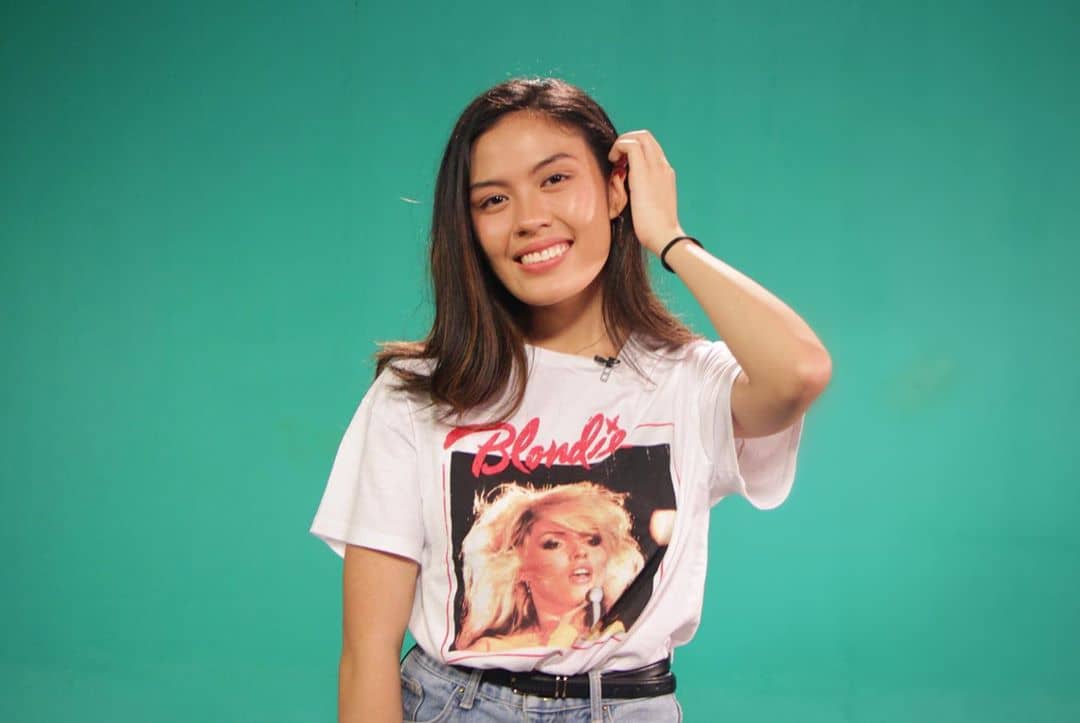 She knows that she doesn't know much, but she's embracing the uncertainty that comes with learning more of life one step at a time. She jokes about existential dread, thinking she knew herself (and then being proven wrong), and having everything she thought she knew was right and good upended. It's all part of the many travails of growing up—nd growing up in the time of COVID-19, no less—but instead of drowning in overwhelming confusion, she's simply opening up her heart and mind to all the transformative experiences coming her way. It's a good thing to be a blank canvas sometimes! She's not going to stop believing in the #HijaAko movement she (unintentionally) got rolling even with the opposition, eye-rolling, and scoffing that it received. The fact that her opinions are still met with condescension is proof in itself that Philippine society has much to change when it comes to attitudes towards strong, empowered women. Frankie is thankful for being part of the generation that's better equipped to handle these things with information, digital resources, and a more supportive network. She's bothered by all the social, cultural, and political problems plaguing the Philippines, but at the same time, she's excited for what happens when she and the rest of Filipino Gen Z-ers finally take control of institutions and change the rules. 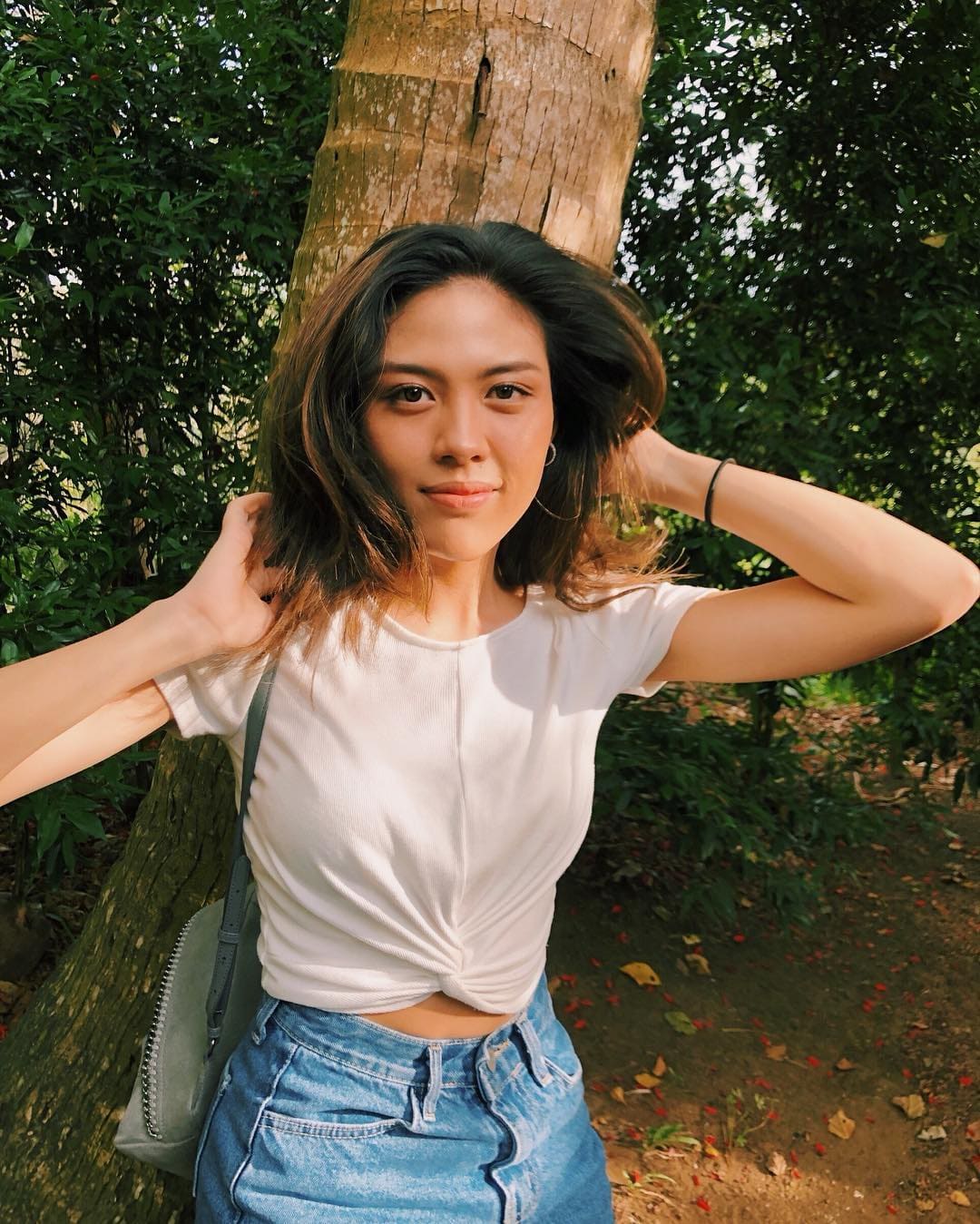 Frankie shares a unique perspective on feeling angry about the current state of things: it's optimism in disguise! Anger and frustration about humankind not reaching its full potential, to her, means that you want something more and that you believe there's a much better alternative waiting to be discovered—a.k.a. optimism. (Pessimism, on the other hand, means not caring at all, not feeling angry or frustrated or anything at all). So every time you're told you're being "nega" for expressing dissatisfaction about an issue, tell people that it's just your way of being optimistic. She's definitely freaking out about turning 20 in December. Saying goodbye to adolescence and hello to young adulthood stirs all these fears about not wanting to become cynical, losing hope in the good of people, and, like many a hit song go, feeling jaded about life. She has no idea what her 20s will be like, but she's all in for the ride that's about to start. No one knows what the future holds, and as terrifying as that is, Frankie isn't shying away from the challenge of accepting that head-on. Frankie loves her mom and her dad, she would be lying if she said she didn't shape her life according to the values and the philosophies they passed down to her. Integrity, hard work, being in touch with the things that matter most, openness to experience—they're some of the things that make up who she is, and the living legacy of her parents, too. That's not to say that they don't disagree, though! She's her own person, through and through, but there are fundamentals in life that she shares with her family and keep them connected no matter what.

Here’s How Celebrities Have Styled The ‘It Shoes’ Of The Season!