A staple in Korean films and K-Dramas, he's a truly remarkable actor. Recently, he was recognized as the Best Supporting Actor (TV) for "When the Camellia Blooms"

Korean actor Oh Jung-se is easily recognizable, what with the sheer number of big and small screen projects he has done in his almost two-decade career.

Just recently, he won the Best Supporting Actor (TV) award at the 56th Baeksang Arts Awards for the K-Drama When the Camellia Blooms. He also played a crucial role in the K-Drama Stove League, which received the Best Drama recognition from the same award-giving body.

Now, he stars alongside Kim Soo-hyun and Seo Yea-ji in the trending healing drama It's Okay to Not be Okay (IOTNBO). In this series, Oh Jung-se's character is Moon Sang-tae, the older brother of Kim Soo-hyun's character, Moon Kang-tae; Sang-tae has an autism spectrum disorder.

Since his previous K-Dramas were well received, Oh Jung-se was asked in a press conference whether he expects the same kind of reception for IOTNBO; to which, he replies, "I don’t have any expectations, but it always happens unexpectedly... I don’t know about the ratings, but I hope there will be good results." Oh Jung-se likes how their ongoing series is "out of the ordinary" and "fresh." A unique K-Drama that follows the story of caregiver Moon Kang-tae and bestselling children's book author Go Moon-young (Seo Yea-ji), IOTNBO puts the spotlight on mental health issues and focuses on the characters' journey to healing their emotional wounds.

"It's Okay to Not be Okay" stars (from left) Seo Yea-ji, Oh Jung-se, and Kim Soo-hyun | Photo by Chun Youngsang for Netflix

12 Things About Seo Yea-Ji, The "It's Okay To Not Be Okay" Lead Actress

Fans of the series commend its story's uniqueness, its production value, its well thought out executions, its script, among other elements that make it more compelling and appealing to the viewers. There's also no doubt about how great the chemistry is between actors Kim Soo-hyun and Seo Yea-ji. However, the brotherhood of Kim Soo-hyun's and Oh Jung-se's characters steals the show, too! The relationship between the Moon brothers is so endearing it's one of the reasons that get viewers hooked on IOTNBO.

And while lots of positive comments point to how brilliant the male and female leads are in their character portrayals in this series, Oh Jung-se also earns praises for his acting chops. He said he really studied a lot about the character of Sang-tae and tried to deepen his approach to it, saying, "There’s a line from the drama that says 'There are more patients out there who aren’t wearing hospital gowns.' If you meet someone like Sang-tae, who is on the autism spectrum, on the street, I think it would be nice if people could think 'I would like to be with that person' instead of 'I would like to help that person.'"

Get to know character actor Oh Jung-se in the gallery below: 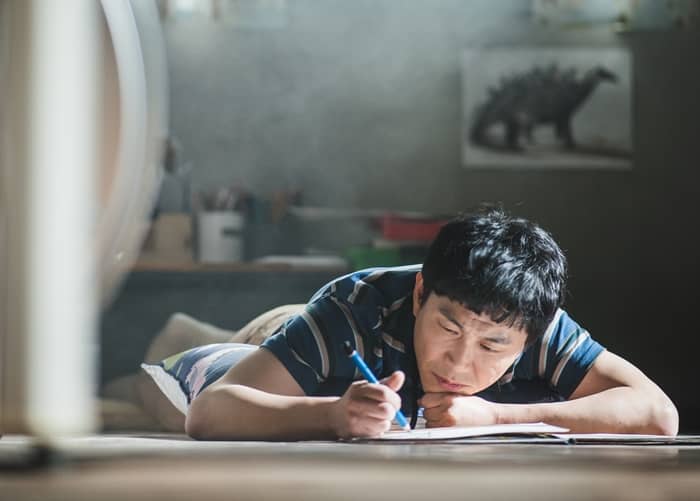 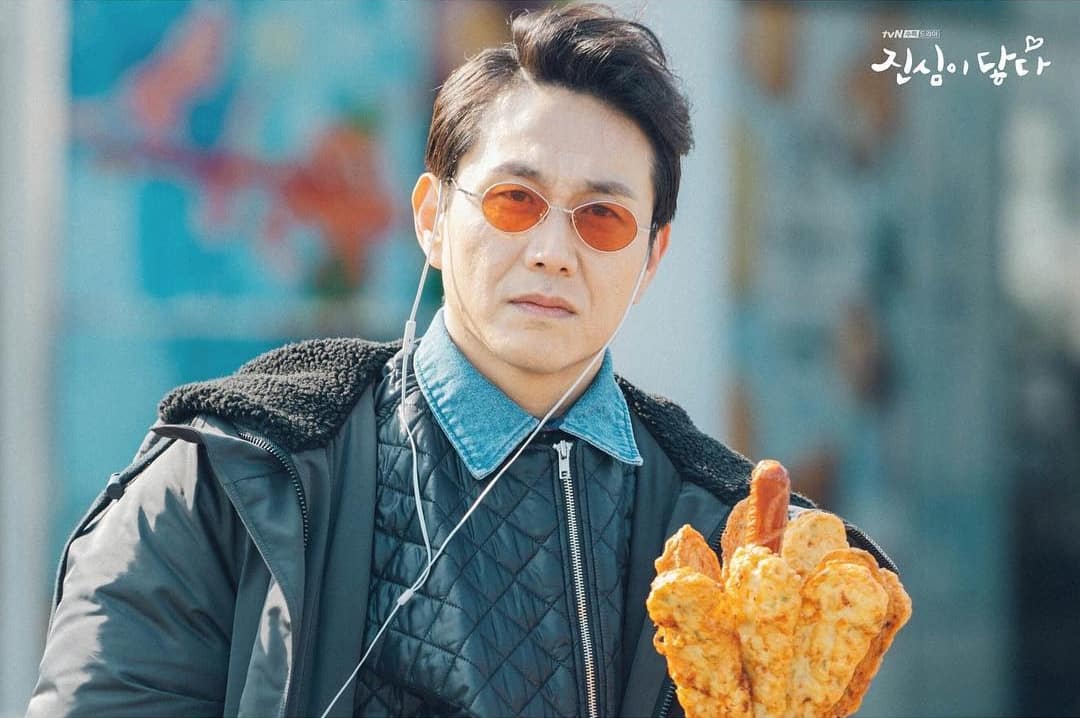 He was born on February 26, 1977. That makes him 43 years old now. His zodiac sign is Pisces. Those who are under this sign are known to be "compassionate, artistic, intuitive, gentle, and wise," according to Astrology Zodiac Signs website. 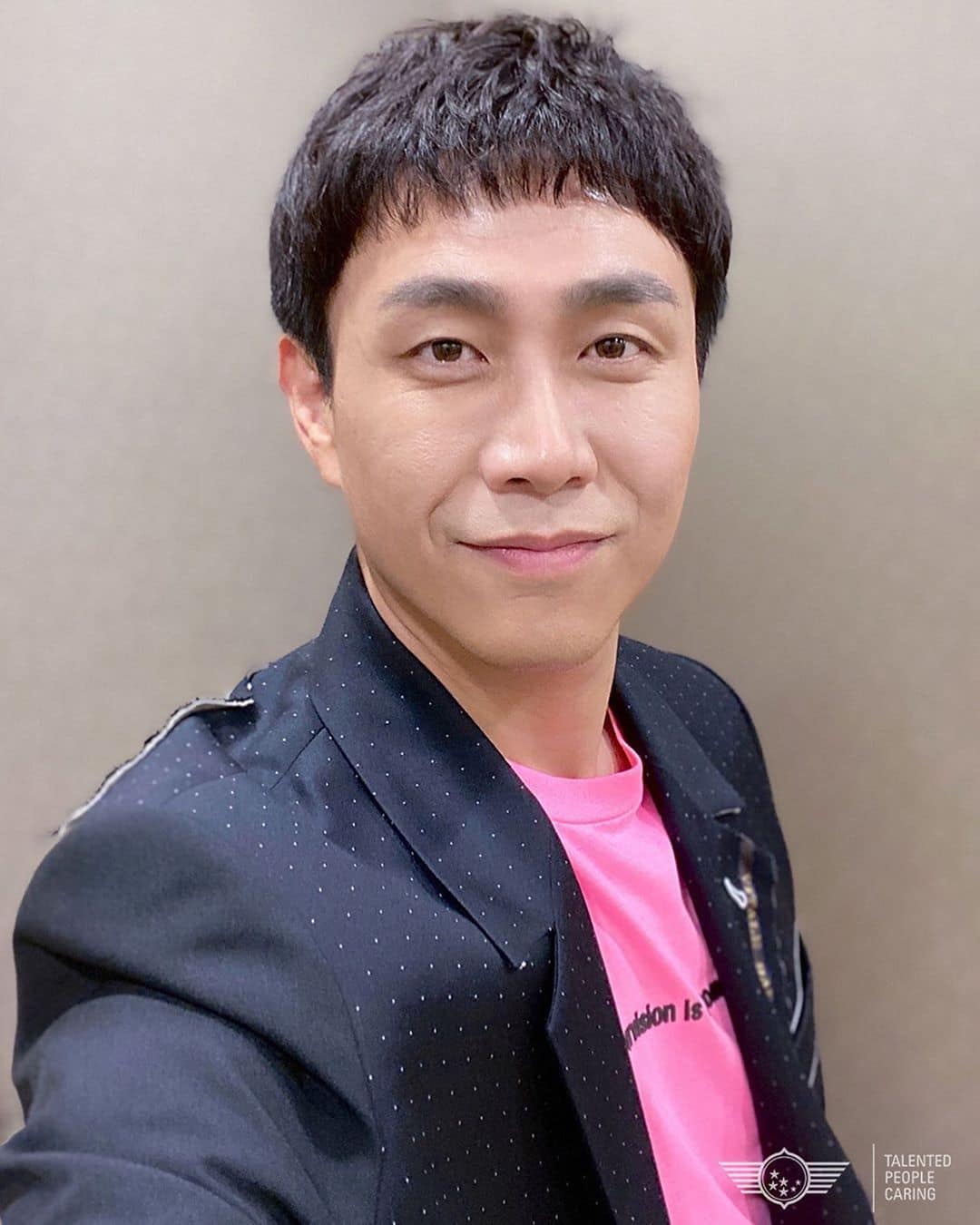 He took up Mass Communications at the Sun Moon University. But instead of pursuing a career in journalism, he ventured into the entertainment industry as an actor, starting with theater projects.

He's been active in the Korean entertainment scene since 2001, when he had a minor part in the film "Address Unknown." His dossier features over 100 projects in both big and small screens as well as in the theater. 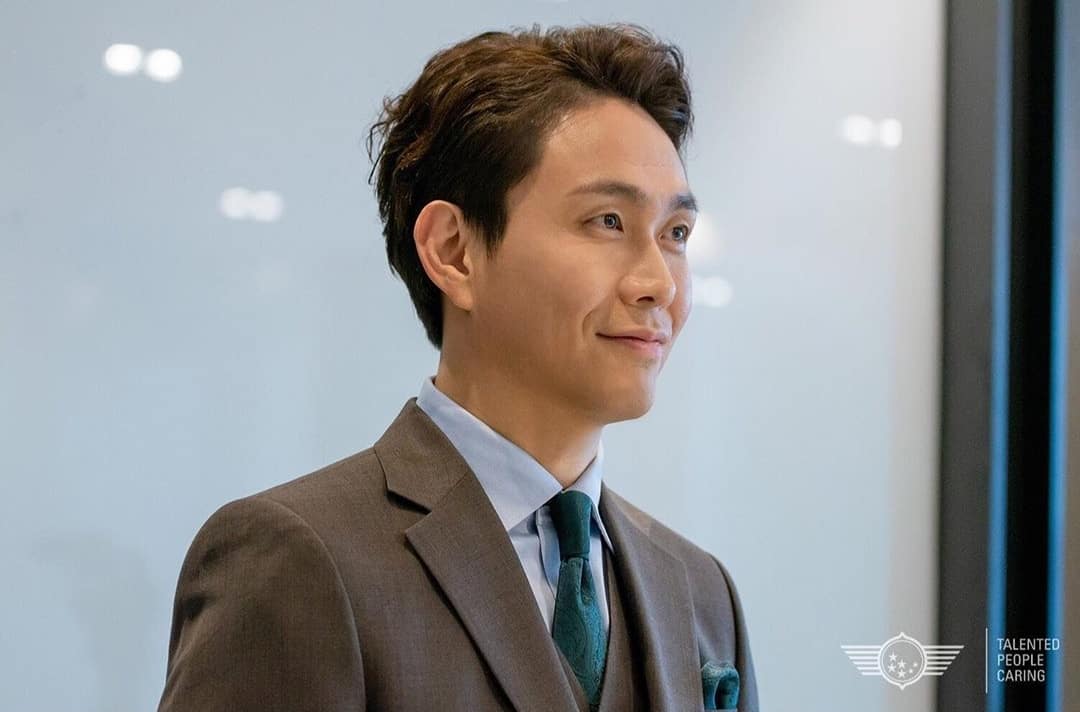 He is currently under the Prain TPC agency, which also manages the careers of actors like Ji Soo, Lee Se-young, and Kim Dae-myung.

He's a passionate actor who devotes time to really study his character and immerse himself in it first before he steps in front of the camera. Of his character in "It's Okay to Not be Okay" (IOTNBO), he shares, "I’m very cautious and I studied a lot about portraying the character Sang-tae. I try to deepen my approach to the character, but I think I’m still lacking a lot. Actually, even now some things... When I had an interview during the early half of the project, I said he is a character suffering from autism. I learned that this was a wrong expression. Saying that you’re suffering from something means you have an illness. However, autism isn’t an illness, but something you’re born with. I learned it’s correct to say he’s a character who was born with autism. Even though I studied intensely, I’m more careful and I think there’s more that I need to know. I am carefully doing my best to prepare well." He usually does several projects within a span of one year. This year, aside from IOTNBO, he's also a part of the cast of the upcoming series "The Good Detective." Last year, he appeared in K-Dramas "Touch Your Heart," "When the Camellia Blooms," and "Stove League." This versatile actor usually plays support roles in K-Dramas. But even when that is the case, he always manages to leave a lasting impression with his portrayals. The K-Dramas he starred in are "Plus Nine Boys," "The Lover," "The Vampire Detective," and "Stove League." 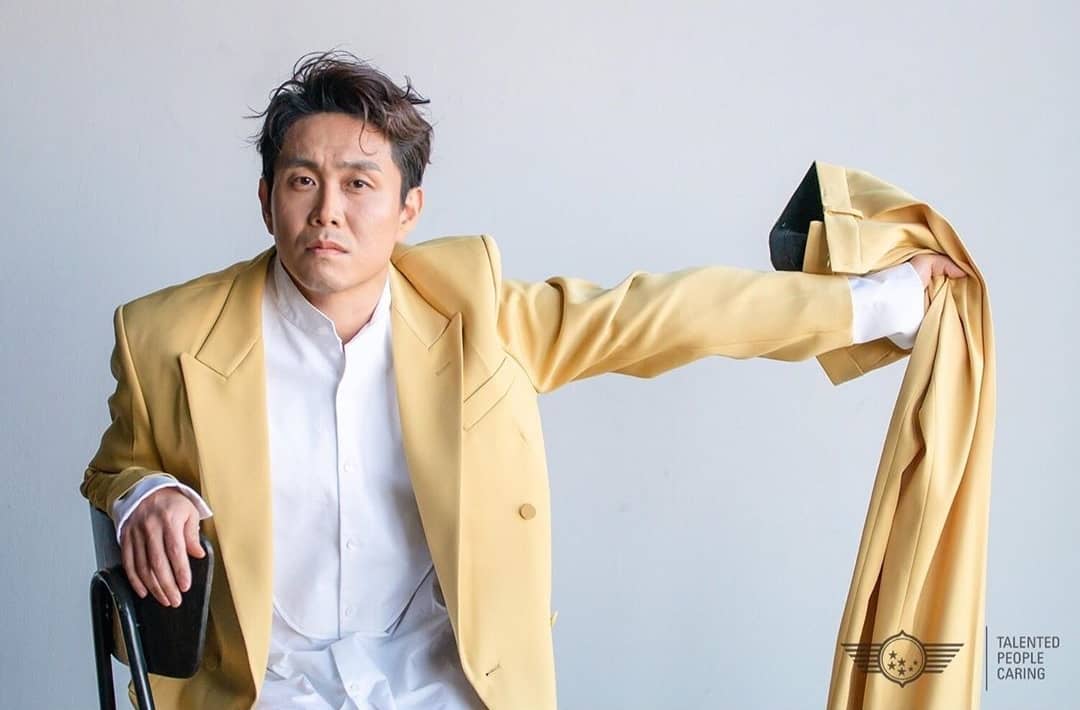 If you want to see him in a movie, check out the following titles: "Swing Kids," "Snatch Up," "Fabricated City," "Running Man," "How to Use Guys with Secret Tips," and "Sunshine Love." He has also done several short films and even worked as a voice talent for animated films like "The Fake" and "The King of Pigs." Oh Jung-se revealed that he has prosopagnosia or face blindness. This cognitive disorder prevents one from recognizing and differentiating faces. In an interview, he even shared that he was unable to recognize his son and struggled with recognizing his fellow celebrities' faces. He shared with SBS Power FM’s “Park Sun Young’s Cine Town," “If I had met you on the street, I wouldn’t have recognized you. It’s not because I don’t remember, but I can’t perceive [different faces]. So there’s been a lot of incidents where I feel sorry towards those around me.” 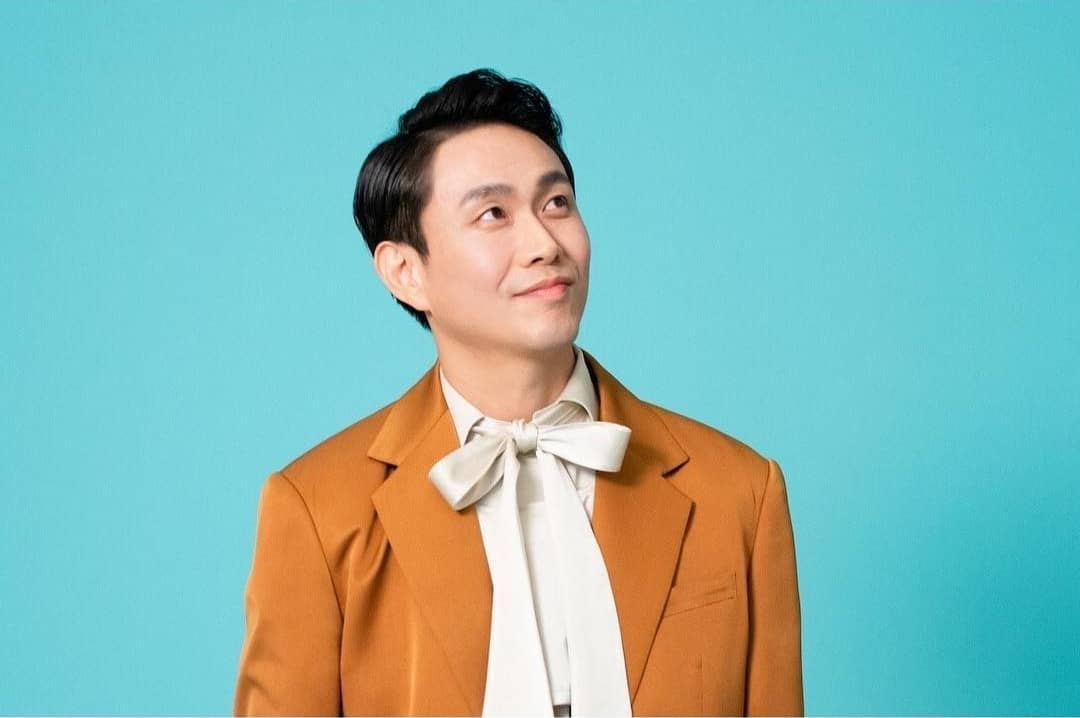 He's married to his childhood friend named Ahn Hee-sun, and they now have two kids, a son and a daughter. He's been an actor for so long, but he has only so far received three acting awards. That's why during his acceptance speech at the recent 56th Baeksang Arts Awards, wherein he was named Best Supporting Actor (TV) for "When the Camellia Blooms," he was particularly emotional. In his speech, he mentioned that he has participated in over 100 projects, some of which succeeded and some failed. "But there was also a project where I could receive this great award," he says. He feels grateful for having the opportunity to work on "When the Camellia Blooms," and encourages others to continue to strive even though the results of their hard work may not always be great. 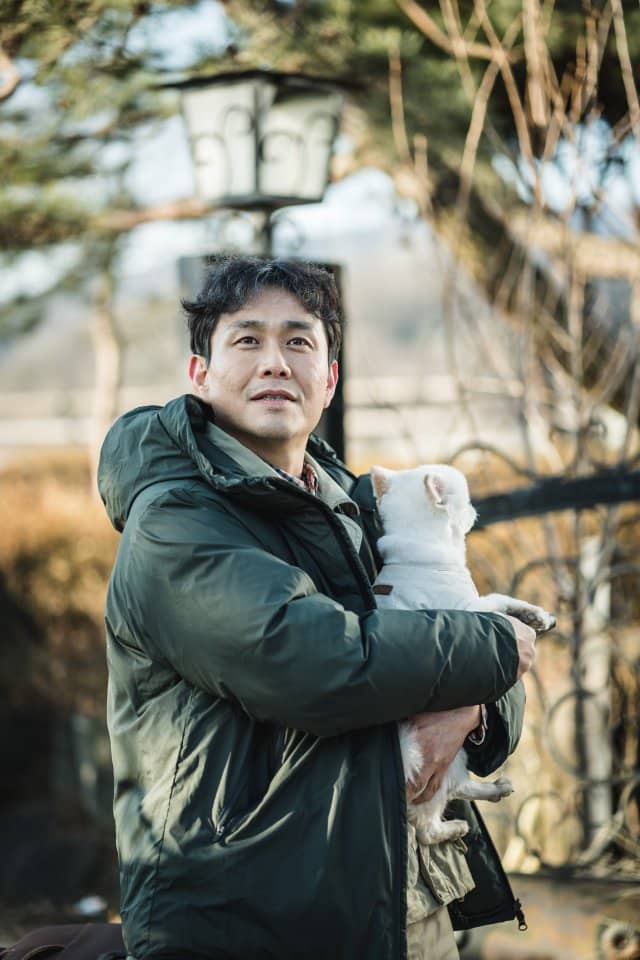 In his acceptance speech, he said (as translated by Duckhu TV): "I hope you don't give up or get discouraged. Whatever it is that you do, I hope you continue doing it. Don't blame yourself, it is not your fault. If you just continue, a day will come where you just did your thing as usual but got rewarded and comforted unlike before. For me, that was 'When the Camellia Blooms.' I believe you will all meet your own 'camellia' soon as well. When things are tough and you feel like no one is on your side, I want you to think of yourself: 'I am going to meet my camellia soon.' I will also pray for your camellia to be in full bloom soon. Thank you."