While we wait for the official photos, here's what we know from the gorgeous wedding of Jennifer Lawrence and Cooke Maroney

While we all anticipate the release of pictures from the private wedding of the lovely couple, we can’t help but look back at the details we have from their intimate and luxurious wedding—mostly from their guests. Luckily, we’re able to gather some of the juicy details as we wait for more pictures to come! 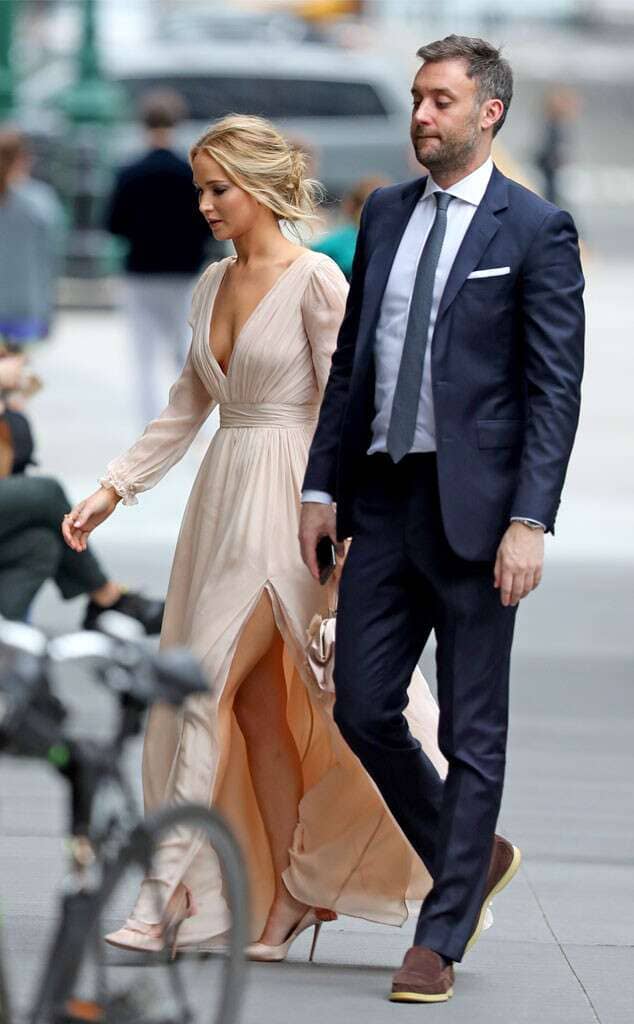 In case you missed it, Jennifer Lawrence and Cooke Maroney have been together for almost a year, but before Jennifer ended up with her perfect match, she had her fair share of failed romances. From a five-year relationship with Nicholas Hoult and a year-long on-and-off romance with rocker Chris Martin, she was almost hopeless in finding the right man saying in an interview with Nightline, "I don't know if I ever will get married and I'm OK with that."

But despite past heartbreaks, stars did align for the actress and the art dealer when they secretly began dating. The two have been spotted by paparazzi during the summer of 2018 and were photographed going on trips around the world from to Paris and Rome. All has been well, and soon, Cooke reportedly proposed to Jennifer last February. Being a very protective of their relationship, the two decided to get married in Newport, Rhode Island. Their chosen venue was an architectural landmark—Belcourt Mansion—which was a former summer cottage designed by Richard Morris, and this was said to be owned by a close friend of Adele.

Our guided tours will tell you all about the changes through the years to this room on the first floor. ••• See link in bio for details. #newportmansions #belcourt

While there are still no pictures from the momentous event, some of the notable guests were spotted as they arrived, and according to some sources, they were greeted with cocktails served in copper mugs that perfectly capture the rustic theme. It was catered by Heirloom Fire, who specializes in outdoor events that require cooking by fire and making use of the seasonal offerings of the region.

When nature is just as important as the food. Rounding out the last of the Winter tastings and getting ready for spring. 🌱 Walnut Lamb with ramps sauce Asparagus with knotweed, fennel + egg New potatoes, black garlic vinaigrette + herbs Smoke roasted hen with forgers sauce.

Seeing all these wonderful setting makes us even more excited to get a glimpse of the momentous event of the couple! But for now, get the latest updates on Jennifer and Cooke's wedding below:

Read: Jennifer Lawrence and Cooke Maroney's Wedding: All the Details on the Lavish Rhode Island Event

5 Reasons ‘Law School’ is Definitely Worth Checking Out