"It was your love that made all of this possible," she said

And honestly, the lessons that other couples can learn from her heartfelt post should be able to keep them going, too. 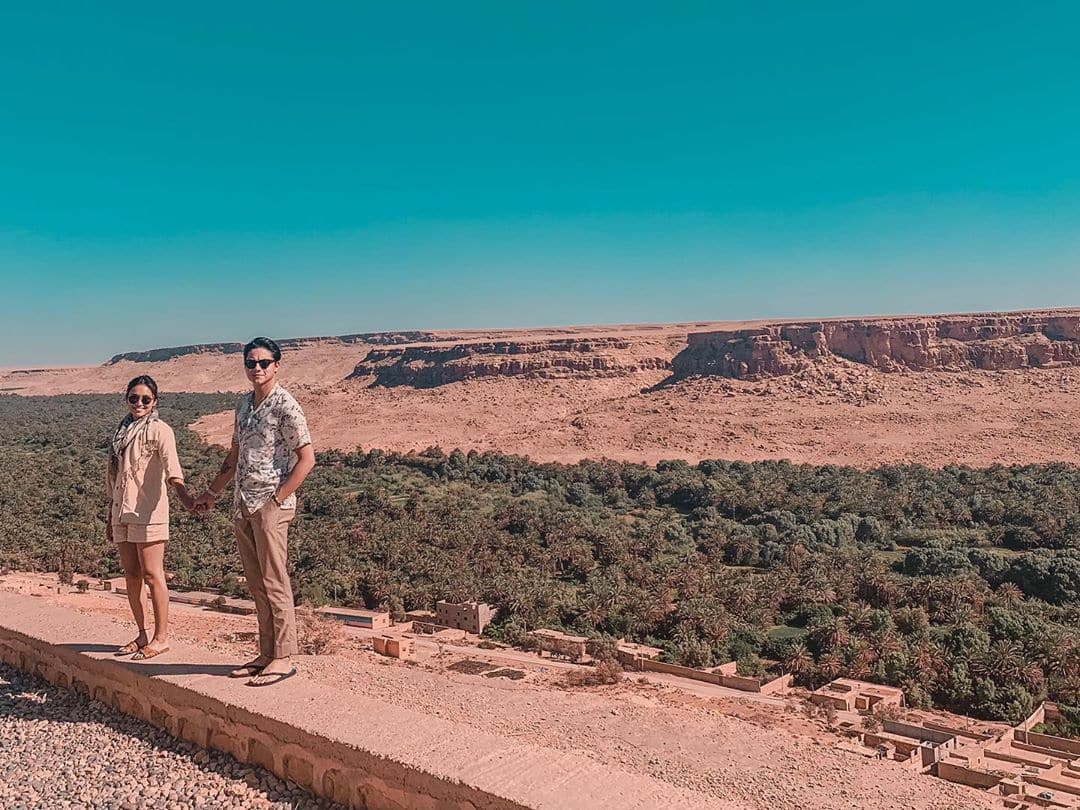 According to ABS-CBN News, Hello, Love, Goodbye—Kathryn's latest project to date—is now Philippine cinema's highest grossing film of all time. To date, it's estimated to be just P119 million away from reaching its one billion mark.

And while it's easy for fans of the movie and its all-star cast to attribute its success to its relatable premise, empowering love story, and beautiful leads, Kathryn points to a totally other reason for why she was able to pour her heart and soul into the film and contribute to its acclaim: her onscreen partner-turned-real life beau, Daniel Padilla.

"This person was not only my source of inspiration while I was filming the movie. He was my support system, my rock, my strength. We were hundreds of miles away from each other but not once did he make me feel alone. There were times I almost gave up—I felt exhausted, drained, and too lonely as I was too immersed in the character of Joy. It was one of the hardest things I’ve experienced both on and off cam. But this guy, he kept me going," she gushed.

Kathryn Bernardo And Daniel Padilla Bonded Over This Hilarious Experience

The movie is Kathryn's first full-length feature without Daniel. Met with skepticism at first—Philippine cinema and TV are known to be heavily driven by its love teams, after all—her unexpected pair-up with Alden Richards turned out to be one of the best choices director Cathy Garcia-Molina made.

And for the opportunity to be granted creative freedom and exercise her dramatic chops with a different leading man, Kathryn thanked Daniel.

The 23-year-old wrote, "I know how hard it was for you to let go of my hand, but despite that you still allowed me to fly.😢 You know how scared I was being away from you too, but you stayed strong for the both of us. You kept reminding me, 'Kaya mo yan, mahal. Konti nalang!' You never gave up, you never gave me a reason to doubt myself or us. So to be honest, 'thank you' is not enough to cover everything I feel—because it was your love that made all of this possible." Let's not forget how this pair got creative with staying in touch. Distance can be tough for couples who are used to spending every waking day together in their professional and personal lives, but there are ways to ease the separation, regardless of how long or short it might be. Take it from Kathryn and Daniel who kept things lighthearted and silly; by being himself, Daniel made her feel that he was right there by her side every step if the way, despite being oceans apart.

"These are just some of the photos we sent each other every day—just random silly selfies, but they kept me going. I had a pillow with his t-shirt and scent on, which I hugged every night and every time I felt like crying. I know it sounds a bit childish, but that also kept me going," Kathryn described.

But the most touching thing about Kathryn's post has to be how she ended it by saying, "I hope I made you proud, my love. I couldn’t have done this without you by my side. Your success is mine; my success is yours."

Even at the peak of her career and the ease in which an actress as talented as her can credit herself for her successes, Kathryn chose to look outward. Calling Daniel her biggest supporter and cheerleader in the process, she acknowledges that this project—and ultimately, life itself—wouldn't have been possible without him cheering her on from day one.

Now that we know that these two have each other's back no matter where life takes them, we can't wait to see what projects await KathNiel, be they films or movies that cast them together or with the industry's other brightest stars.